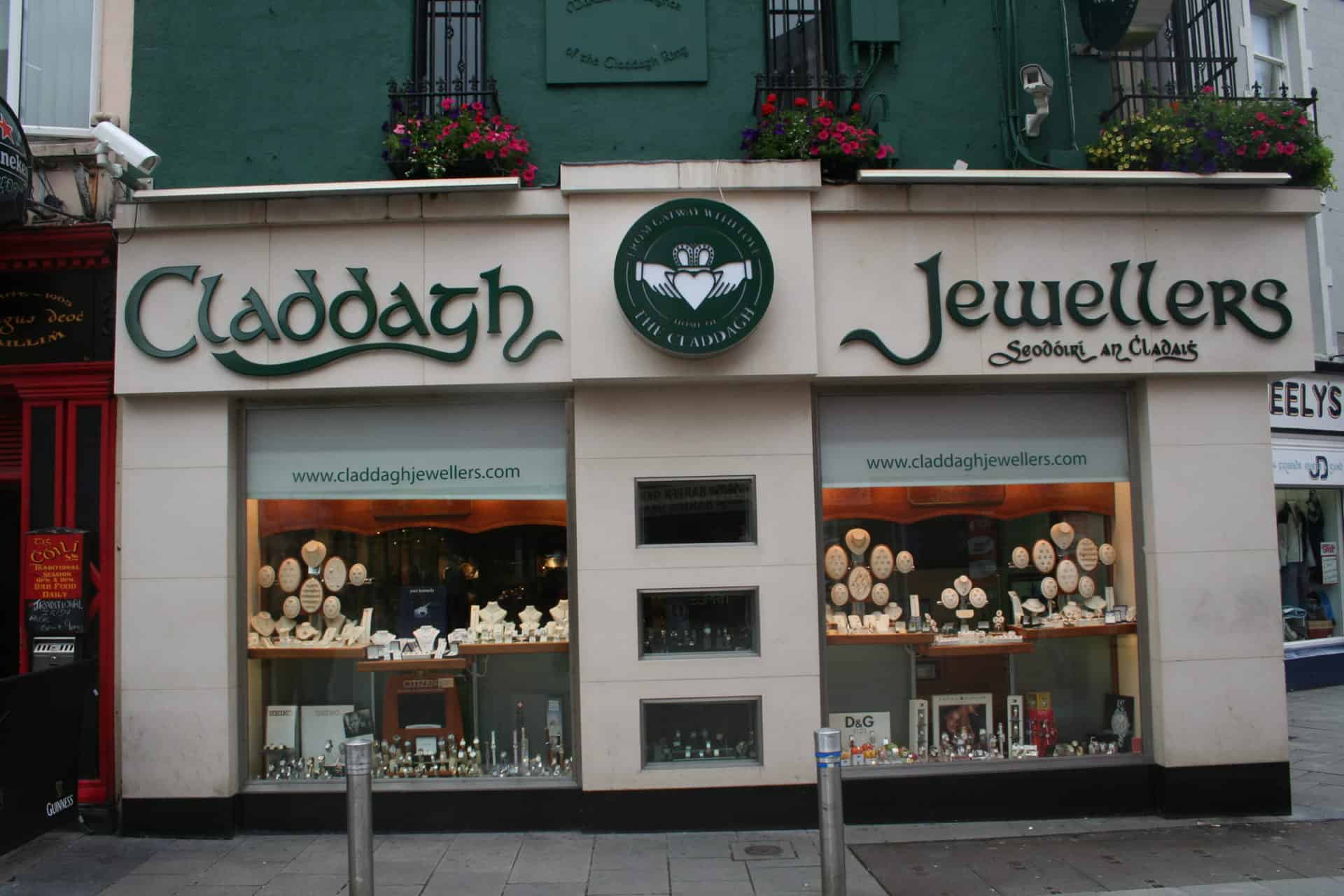 Across the world, the Claddagh ring is worn as a piece of beautiful jewellery. However, do you know where this iconic ring originated?

Here is a short guide on the origins, symbolism, and where you can find this iconic ring.

The Claddagh Ring has been continually produced since the 1700s, however, it was not given its name until the 1830s. There are many stories and myths surrounding the origin of this iconic piece of jewellery, however, it was most likely created and produced in the village Claddagh in Galway.

One of the legends surrounding the creation of the Claddagh ring concerns a silversmith Richard Joyce. He is said to have created the design that we know today.

It is said that he was captured by Algerian Corsairs around 1675. They then sold him into slavery to a Moorish goldsmith who taught him all he knew. Later, King William, the Third demanded a release of all British slaves. Joyce was released and he returned to Galway. It is said that he brought back with him a ring that he had designed while enslaved. He gave the ring to the woman who became his wife. He also became a successful goldsmith. There are four rings found from that same time. One has his initials in them, the other three have the initials of another goldsmith, Thomas Meade.

According to an account by another Galway Jeweller in 1906, William Dillon, the Claddagh ring was first worn by people in the Aran Isles and Connemara before reaching Ireland and Britain during the Victorian period. It was during the time that the name was created and then in the 19th Century Galway jewellers began to produce and sell them.

The Claddagh ring is a member of the European Fede Rings. These rings originated in Roman times and were used as engagement and wedding rings.

These rings traditionally have two clasped hands. The Claddagh ring has these clasped hands holding onto a heart with a crown on top.

Interest in the Claddagh ring grew significantly in the 20th Century. It has become a symbol of Irish identity. As popularity grew, more designs and embellishments have been created.

They have also been used as ‘coming of age presents’. Usually given to daughters as they embark on womanhood or reach an important milestone.

There is another design of Claddagh ring, this design has no crown. This is commonly known as a Fenian Claddagh Ring. This ring did not receive the same popularity.

There are also different meanings depending on how the ring is worn and where the crown is pointing:

These traditions have been passed down through oral tradition, therefore, there are other variations and meanings of how the ring is worn.

Where to find Claddagh rings in Ireland:

You will find many stores that supply Celtic Jewellery, including Claddagh rings. Here we have listed some which you can visit across Ireland.

One of the best-known Celtic jewellery stores is based in Galway. This store is called Claddagh Jewellers. There are two of these stores in Ireland, the second store is in Dublin. The first store is based on High Street, Galway and the second is on Grafton Street, Dublin.

There are many other stores in Dublin, here we have listed a few:

In County Louth, you will find: Rings from Ireland in East Coast Business Park on Matthew’s Lane, and Fields in Laurence Shopping Centre

In Killarney, County Kerry, you will find Celtic Jewelry on Main Street, and Emerald Isle Jewelry in Crosstown.

You will also find many Celtic Jewellery stores across Northern Ireland. Here are a few you should visit while exploring Ireland:

If you enjoyed this article about the origin, symbolism and where to find Claddagh rings, please check out more of our blogs about Ireland people, places, and things: