Close X
Home/Dublin/County Dublin/Arthur Guinness: The Man Behind the World’s Most Famous Beer

Arthur Guinness: The Man Behind the World’s Most Famous Beer 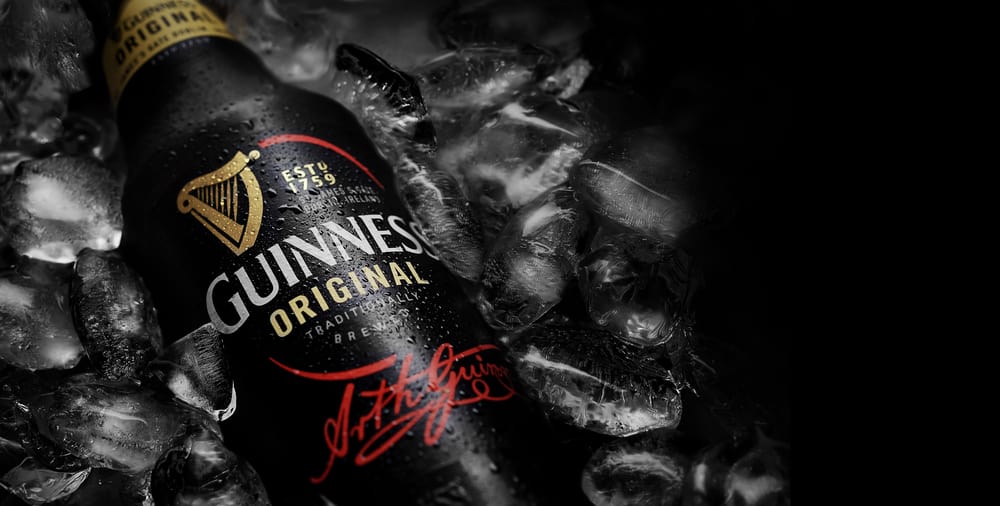 Ireland is famous for being the home of many talented people from poets, authors, to actors and even inventors. One of Ireland’s greatest ever inventors is a man that most Irish people will already know, he is, of course, Arthur Guinness.

If you’re unsure of who Arthur Guinness is, well he only happens to be the man who created one of Ireland’s biggest exports; the iconic Guinness beer after he founded The Guinness brewery in 1755.

Guinness has gone on to become of the most popular beers in the world and one of Ireland’s most recognised symbols. It has also become a huge tourist attraction for Ireland as many come from all over to enjoy a pint of Guinness in its home country and visit the Guinness Storehouse, where it all began.

The story of Arthur Guinness is truly a fascinating one, that is worth exploring. So keep reading to find out how he began the Guinness empire that quickly took over the world. If anything Ireland owes a lot to Arthur Guinness for putting the country on the world map.

Arthur Guinness and his Beginnings

Its believed that Arthur Guinness was born in County Kildare at his mothers home to the privilege Guinness family on 24th September 1925. Although there are no official documents to back this up, however, the Guinness estate chose this date to help end speculation on Arthurs birthdate.

He was the son of Richard and Elizabeth Guinness, who were the children of Catholic tenant farmers in Kildare and Dublin. From a DNA testing at Trinity College, it was discovered that Arthur Guinness was a descendant of the Magennis chieftains from County Down.

£100 that helped created the Guinness Brewery

When he was a young Irish man his late 20’s, Guinness’s Godfather ‘Arthur Pirce’, the Archbishop of the Church of Ireland, left £100 each to him and his father Richard in 1952.

£100 euro back then in Ireland was the equivalent to four years of wages, which inheriting was remarkable. The money gave Arthur Guinness the opportunity to set up his own brewery in Leixlip, County Kildare in 1755. The brewery was a quick success that saw him buy a longer lease in 1756 close by as a further investment.

The Big Move to Dublin

Arthur Guinness continued to find success with his brewery business in Kildare but had always had his sights set on moving to the Irish capital, Dublin. So at the age of 34, Arthur chose to gamble his luck and made the brave move to Dublin, signing a lease for St. James Gate Brewery in the city.

This is when he began to make history with the Guinness brewery that would unknowingly at the time become one of Ireland’s greatest brands. He took out an incredibly 9000-year lease on the brewery, costing £45 a year. The brewery itself was actually pretty small; only four acres in size and was in disuse with little brewing equipment available.

Arthur Guinness took it all in his stride, with all the potential downfall that could happen, he believed in himself and his brewery. Soon he had a successful trade in Dublin but saw more opportunities in 1769 when he started to export his beer over to England.

The Success of Porter Beer for Arthur Guinness

At St.James Gate, he first began brewing Ale but in the 1770s, Arthur experimented with a variety of brewing styles such as ‘Porter, a new English Beer created in London in 1722. This offered something that was very different from ‘Ale’, as it gave the beer an intense dark colour. This would later become the legendary image of Guinness in Ireland and around the world.

By 1799, Arthur chose to just focus on brewing only ‘Porter’ due to its quick success and popularity.

He would brew a variety of Porter’s to suit different tastes including a very unique export beer known as ‘West India Porter’. Even to this very day, its still one of the beers brewed at the Guinness factory called ‘Guinness Foreign Extra Strout’

Remarkably 45% of all Guinness sales around the world come from this special porter beer and is most popular in the Carribean and Africa.

Arthur Guinness’ Death and How He Impacted Ireland

Sadly in 1803, Arthur Guinness passed away but he had made an incredible career in the brewing business, with Guinness becoming a successful export trade.

In the many decades that followed, his famous beer would travel all around the world and would be brewed in over 49 different counties. The success in America was incredible as it is believed that around one pint of Guinness is poured every seven seconds. Pretty impressive for a man who started out his brewing business in a small part of Ireland.

There was no doubt that Arthur Guinness was a brilliant businessman and Irish brewer but he was also recognised for helping to change the drinking society in Ireland. Arthur believed liquors like gin had an awful effect on the lower class society in Ireland.

He wanted to make sure everyone, no matter their class or how much money they had; they would have access to high-quality beer. Arthur considered this a much healthier form of alcohol to consume.

So he began to support getting taxes on beers in Ireland reduced, who along with Irish Politician Henry Grattan campaigned for this in the late 1700s.

Arthur Guinness was rumoured to be a British Spy after he took a stance against Irish nationalism during the 1789 Wolftone Rebellion.

But politics aside he was recognised as a decent man through the ‘Arthur Guinness Fund’ which saw him donating to charities, trying to get better health care for the poorer Irish citizens and was a supporter of the Catholic Emancipation Act in 1793

Long after his death, employees at the Guinness brewery received great benefits like health care, pensions and higher wages that was unique to anywhere else in the country during the 19th and 20th century.

Arthur Guinness also had a successful marriage and family life with his Wife, Olivia Whitmore whom he married in Dublin in 1761. Together they had astonishing 21 children, but only ten made it into adulthood.

He passed on his business to his son; Arthur Guinness II and as generations passed the brewery business stayed in the family going from father to son, for a phenomenal five successive generations. The Guinness family became a world renown brewing dynasty.

The success of Guinness may have begun with Arthur Guinness but it was kept alive by his family and those who loved the beer. It’s estimated around 10 million glasses of Guinness are consumed daily around the world. It’s also sold in over 150 countries around the world, who simply can’t get enough of the famous Irish stout.

Most asked about questions around Guinness:

The answer is yes, well they still own around 51% of the Guinness business but they did merge the company with Grand Metropolitan in 1997 for $24 billion. Late the two companies would be known as ‘DIAGEO’ Plc.

It’s believed that the Guinness family are worth well over a billion at around £1,.047 billion. They are also considered the 13th wealthiest family from Ireland according to the Sunday Times Irish Rich list in 2017. One of Arthur Guinness’ descendants Ned Guinness inherited around £73 million of the Guinness shares in 1991.

Yes, Arthur Guinness purchased the 9000-year-old lease on 31 December 1759, for £45 a year meaning the beer is still brewed at the St. James Distillery in Dublin. The lease won’t come to a close until 10,759 AD so until then St. James Gate will be the famous home of the famous black stuff.

4. What Country Consumes the Most Guinness?

Around 40% of Guinness is consumed in Africa and in In the late 2000s, Nigeria passed Ireland to become the second largest market for Guinness consumption.  Nigeria is one of the fives Guinness -owned breweries worldwide.

But Great Britain is in first place for being the country that consumes the most Guinness followed by Ireland in third, then Cameroon and the US.

5. Is Guinness Better in Ireland?

A study was undertaken in 2017 by Scientists from the ‘Institue of Food Technologist’ found that most people do in fact think Guinness tastes better in Ireland. They survived a variety of people in  33 cities of 14 different countries who concluded that Guinness doesn’t travel well. So yes, scientifically Guinness is better in Ireland.

6. Best Place to Enjoy a Pint of Guinness?

Ireland, of course.  After all, its the birthplace of Guinness. A must experience is to take a guided tour around the Guinness Storehouse, fill yourself up on its marvellous history and pour yourself a pint of Guinness in the place it was made.

Did you know the fantastic history of the Guinness Family? Where have you enjoyed the best pint of Guinness? Share with us in the comments below.

More blogs that you may enjoy: