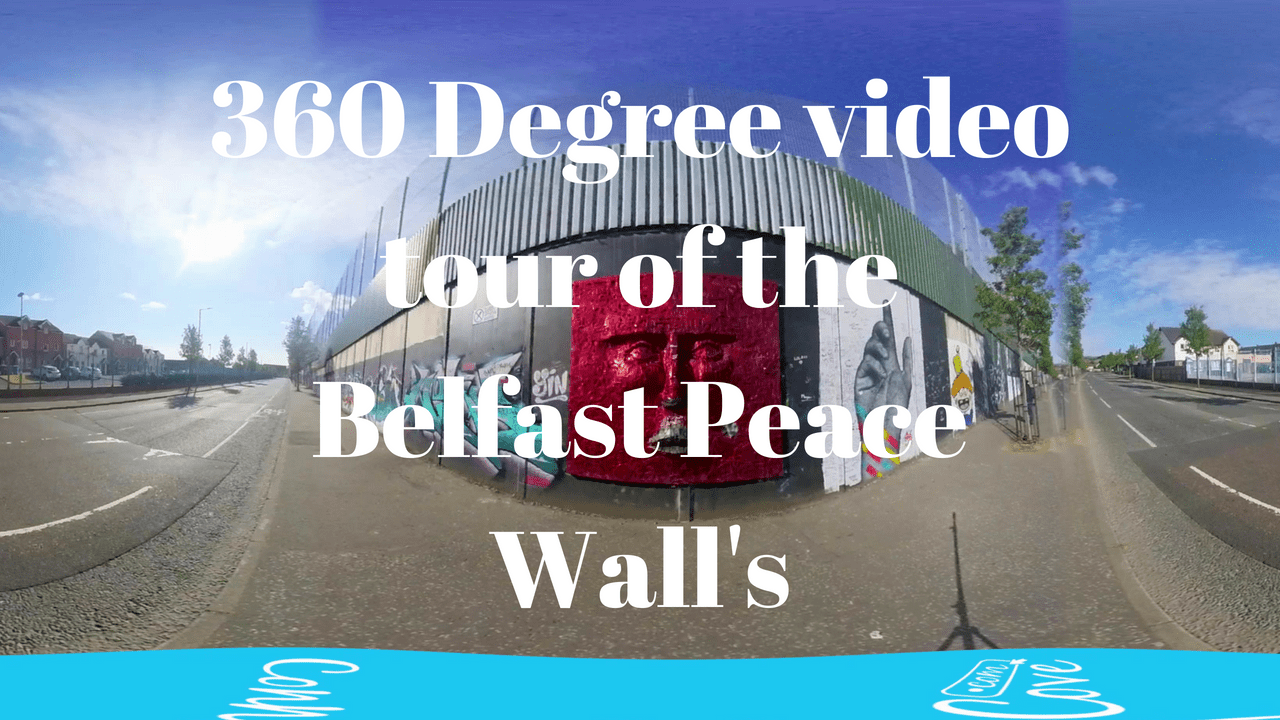 The Belfast Peace Walls carry a lot of history about our past and our present. It calls out to travellers to come and visit the attraction. To dig deeper into the history and stories surrounding the famous Peace Walls in Belfast, Northern Ireland. This 360 tour of the Peace Wall’s takes you around all the iconic murals that are a huge part of Northern Ireland history.

So check out the video above of amazing 360-degree experiences of the Peace Walls. Change the wrench settings in the bottom right of the video to 4k video on YouTube for A better experience! The best 4K 360-degree video we can do!

A Brief History of The Peace Walls

Peace walls are a series of separation barriers that separate predominantly Republican and Nationalist Catholic neighbourhoods from predominantly Loyalist and Unionist Protestant neighbourhoods. The reason behind the creation of these walls goes back to minimising the inter-communal violence between Catholics (most of those are nationalists who self-identify as Irish) and Protestants (most of whom are unionists who self-identify as British.

Belfast Peace Walls are long, they range between few hundred yards to over three miles, and they are made of iron, brick and steel. This will differ according to the location you are standing at because these long walls are not only found in one place. The majority might be found in Belfast, but there are also those in Derry, Portadown and Lurgan. Some of these walls have gates in them. That only allow people to pass through during daylight in order to avoid any problems with different communities.

These walls were actually temporary when they were first built back in 1969. Following the outbreak of the 1969 Northern Ireland riots and The Troubles. But they only kept increasing in length and they were never removed until this very day.

They are now even used by artists who create their designs and artwork over the walls to create a more positive image. In the early 1990’s, there were only 18 walls that were supposed to stay for 6 months only. But they kept increasing in number and in size. Kept getting wider, longer and more permanent, until they almost reached 59 walls in 2017.

Have you ever been to the tour of the peace walls? What did you think of the murals? We would love to know.:)

Top 10 Things to do in London for Kids