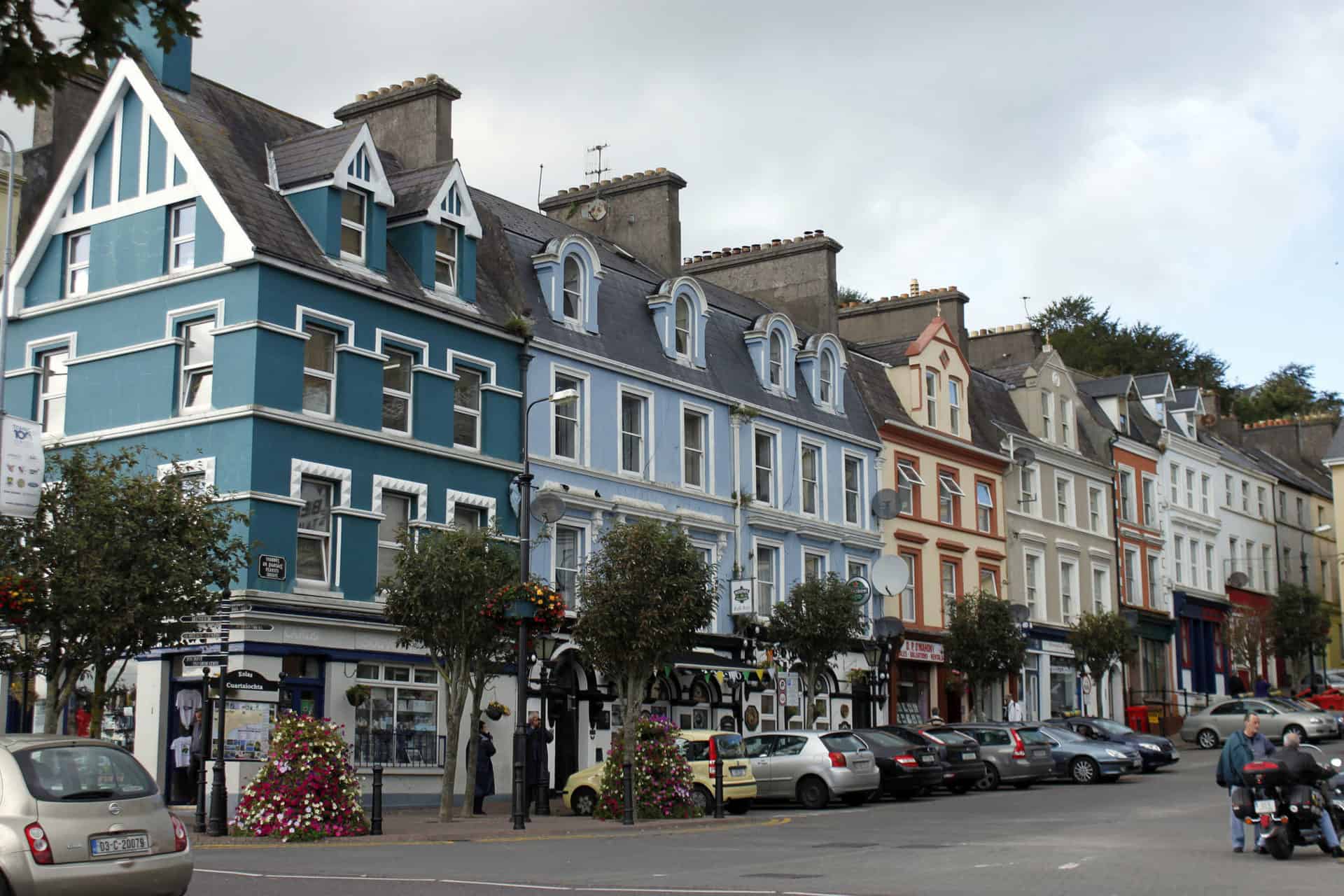 Located just off the coast of County Cork, you’ll discover the alluring harbour Cobh Town. The charming town has an incredible history, between 1848 and 1950, its port played an important role in helping over six million Irish people, emigrant, to new places around the world, mainly to America. It is the second largest natural harbour in the world after Sydney.

Cobh is also famous for being the last stop of the Titanic Ship, before its fatal tragedy, as well being home to the historic prison on Spike Island.

There are so many great things to do in Cobh, from its rich history, colourful houses, a wealth of culture and attractions that offer something for everyone. Keep reading to find out more about Cobh and why its one of the top destinations to visit in Ireland.

The History of Cobh Town

If you consider yourself of Irish descent, whether it’s through your grandparents or parents, there’s a high chance that you’re Irish ancestors came through Cork harbour located in Cobh.

During a period of time between 1848 and 1950, as mentioned above the port was a major departing point for Irish citizens wishing to find new lives around the world. This was when the Great Famine was taking place in Ireland, there were little hope and opportunities in the country. Cobh harbour provided a way for Irish people to start a fresh life somewhere new with better opportunities.

It saw the most Irish people emigrated from this port. That’s why Cobh has long been a popular spot with Irish- Americans, as they come here to find out more about their family history, as 2.6 million Irish people Emigrated to American during that period.

In April 1912, the port welcomed the RMS Titanic before it continued on its voyage out to sea, no one knew at the time that this was the last place the Titanic would be seen in an Ireland before its tragedy.

Another piece of history for you is Cobh didn’t always have that name, but in 1849, after a visit from Queen Victoria, it was given the name ‘Queenstown’. The name Queenstown was kept until Irish Independence in 1921, then the local council decided it was best to change it back to its Irish name ‘Cobh’.

You can find out more on the history of Cobh on a visit, as a lot of the attractions there are dedicated to preserving and telling its fascinating story, from centuries ago to the modern day.

If you’re looking to explore a variety of great exhibitions on the social, cultural and maritime history of Cobh and nearby islands, you’ll enjoy Cobh Museum.

The museum may be small but it makes up for its wealth of history on offer, especially those wishing to dive into the emigration aspect of Cobh. There are some great exhibition we recommend checking out on a visit to Cobh Museum;

Capture the Time: This exhibition goes through a collection of family photos from the 1950s and 1960s, offering you a look at a particular period of time in Cobh.

Lusitania – A day in May: At this exhibition, it explores the historical impact of the sinking of Lusitania, on the people of Cobh and how they tried to help the survivors.

In 2017, Spike Island was named as Europe’s leading tourist attraction at the World Travel Awards. Its a must experience when visiting cork, that has been around for over 1300 years; offering so much for you to uncover.

Spike Island was once home to the worlds largest prison during the Victorian era. The island is also famous for its 18th-century-star fort, and for being the original site for monastic settlements.

You can reach Spike Island by taking a ferry boat over from Cobh Harbour.

One of the top attractions in Cobh Town is the Titanic Experience, we highly recommend doing this when you are here. Located in the heart of Cobh Town at Casement Square, the home to the original White Star Line Ticket Office.

The building itself has a remarkable history dating back to the 19th century, that saw passengers of the White Star Line begin their departure journey here. When you arrive at the attraction, you are treated like a passenger, receiving your own boarding pass, that will give you information on one of the 123 White Star Line passengers.

A personal tour guide will take you through an incredible virtual journey, representing what the experience was like for people back then. You’ll also get to experience what life was like onboard the Titanic, such as how the conditions were different for first and third class passengers.

The Titanic Experience is one of the great things to do in Cobh, it’s interactive, engaging and takes you through the unforgettable story of the Titanic.

Cobh Town is a great place to visit for a day and wander around the town, checking out it’s historical harbour and attractions, some that we haven’t mentioned include Cobh Cathedral, Cobh Road Train and a hunted Titanic-themed Ghost Tour.

Also, check out more of our blogs that might interest you:

The Mystery of the Celtic Nations around the World Unravelled