The Charming Town of Carlingford, Ireland 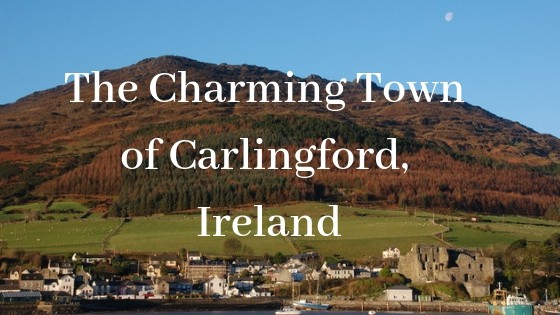 There are so many amazing places to explore on a trip to Ireland. A visit to the beautiful coastal town of Carlingford should be on your Irish Bucket list. The town is located in County Louth, Ireland halfway between Belfast and Dublin. Carlingford is one of Ireland’s best heritage sites that have a wealth of history and culture for you to uncover.

There is so much to love about this town from its medieval character and stunning scenery all around the place. A visit to Carlingford will be a trip to remember and we will tell you why. 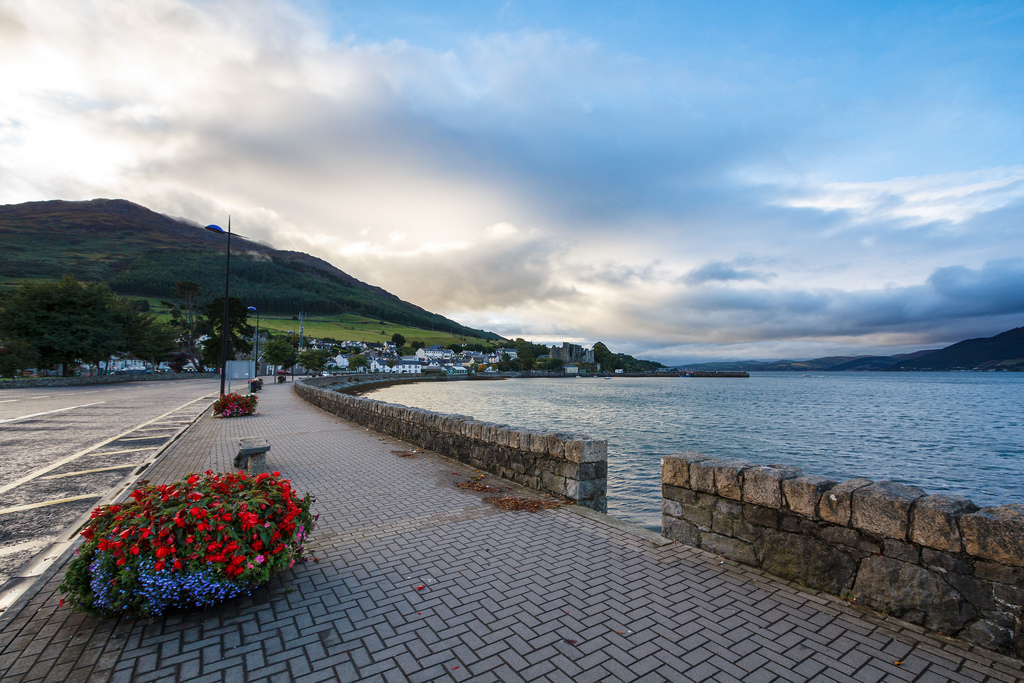 Before we dive into all the great things for you to see and do in Carlingford lets start with its interesting history.

It wasn’t until the start of the 13th century when the town was first founded by Hugh De Lacy, a Norman Knight. The first thing that the Norman Knight created in the city was a castle and soon settlements started to pop up around the foundations of the castle. The Castle is known as ‘King John’s Castle’ and is still a part of the iconic landscape of Carlingford but now as a large ruin with its side enclosed by the sea.

Many typical medieval features were forming in the city with urban townhouses, defensive walls and narrow streets during this time. Even today there is still notable features around Carlingford such as ‘The Mint’ one of the famous medieval townhouses. These old features found in the city help to keep its character and uniqueness, a piece of unforgotten history.

For many years Carlingford was a successful porting city due to its great location of being on the east coast of Ireland. This trade helped the town to develop a name for itself during the 14th century right up to the 16th century. Although in 1388 the town was burnt down by the Scottish force. During the 17th century, the town was in a state of ruin and faced the hardship of the famine that was happening at the time.

In modern times Carlingford still holds it’s old medieval character and charm with many of its medieval features still prominent today. This has become a huge attraction to people visiting the town as its medieval history has fascinated people. It’s one of the few places in Ireland that have a lot of its historic features.

Coming to Carlingford you are here to explore all its history and heritage and we can promise you that it won’t let you down. There are so many historical points of interest that can’t be missed. From castles to heritage centres, you’ll learn a lot about Carlingford by just exploring some of its important features and attractions.

One of the most historic landscapes of Carlingford is this 12th century Norman Castle that offers stunning views over Carlingford Louth. The castle was named after King John as it’s believed that he stayed in the castle in 1210 when he invaded Ulster.

Due to the location of the castle at the mouth of Carlingford Louth, it allowed the Norman’s to control the entrance to the louth. Throughout the centuries the castle was taken over by many different people.

The castle was known for its unique D shaped enclosed structure with walls that were 3.4 m thick, its gates house and square tower.

Today the ruined castle is not used for anything and you aren’t able to visit inside due to the danger of falling structures. But you can walk around it freely and take it its impressive architecture and surroundings. 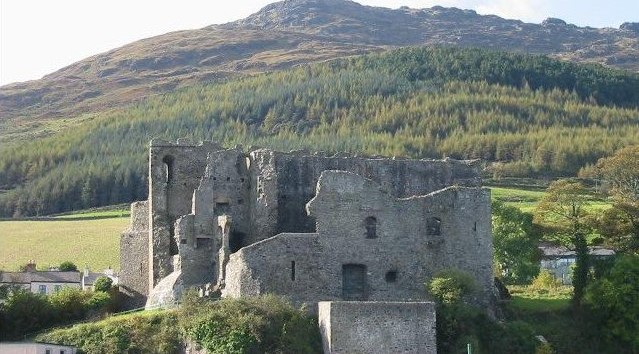 Take the opportunity to learn all about Carlingford’s interesting past, from its beginning, successful years and how the place has grown into a modern City. The Carlingford Heritage Centre experience is here to help maintain the medieval core of the area and for people to explore deeper into this charming place.

At the centre, they provide a range of events and functions such as musical evenings, drama productions, weekend workshops and more. 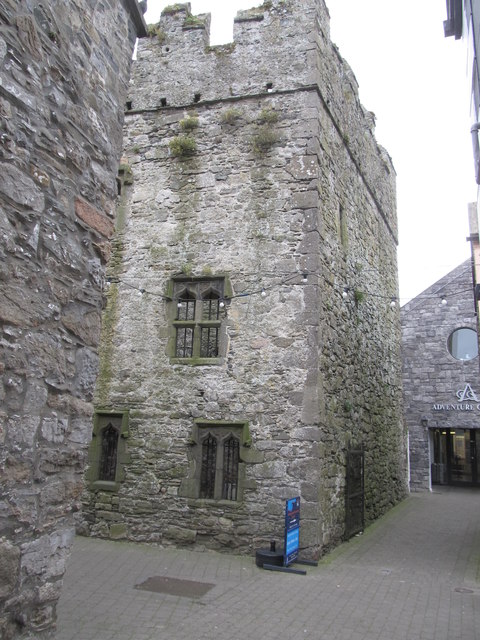 One of the most well-preserved medieval features found in Carlingford is a Tower House known as ‘The Mint’. It is one of three other fortified structures in Carlingford including King John’s Castle and Taaffes Castles. The house is believed to have belonged to a wealthy merchant family of Carlingford.

The Mint was created around the 16th century and is said to have got its name from the licence to mint coinage granted to Carlingford in 1407. This three-story house is a magnificent piece of architecture. The Mint is mainly made of limestone and some of its features include a battlemented wall- walk and its beautifully decorated windows.

The design reflects that of Irish Celtic Art during the 15th and 16th centuries. A visit to Carlingford Ireland wouldn’t be the same if you didn’t check out one of its most historic features.

Looking for something fun and enjoyable to do while in Carlingford? Then why not check out the Cooley Whiskey Tour. If you’re a fan of whiskey, then this is not to be missed. This tour lasts around two hours which includes seeing how it is made and of course finishing off with a Cooley’s whiskey tasting class. For the tour itself advanced booking is required but for the whiskey tasting isn’t.

Through the tour, you will learn about the distillation process that is involved in creating this delicious whiskey and you can even bottle some to take home.

Cooley’s Distillery was first set up in Ireland over 100 years ago and at the time it was the country’s only and smallest independent whiskey distillery. First founded in 1987 in Cooley Peninsula in County Lough and began distilling around 1989. Today they currently produce over 1.5 million litres of whiskey.

Remarkably they are still the only distillery in Ireland created peated malts and bottle single grain whiskeys. The Cooley’s Distillery is full of interesting and long history that’s worth exploring and learning about on this tour.

If you’re with a group of people and want to take part in a fun activity together why not try out the cooking and wine tasting classes at Ghan House in Carlingford. The cooking classes are taught by Niamh Connolly and Stephane Le Sourne who both have a wealth of experience and wisdom to share.

The course is a great way to learn about some amazing local foods and take part in preparing that for yourself while learning from the best. Cooking and wine is the best combo. Great activity to take part in when the Irish weather isn’t so good.

Carlingford offers an incredible outdoors environment where you can take part in a variety of exciting activities. At this family-run adventure centre, there are over 30 amazing activities to enjoy no matter what experience you may have. Impressively the centre can cater up to 450 adults, kids and groups on any given day.

Activities are broken up into three categories of Land, Sky and Sea. Some land activities for you to try out include Laser Combat and Rock-climbing. Sea activities include kayaking, water trampolining and raft building. Then you will discover sky activities such as High Ropes, Archery Combat and Aeroball. This is one of those attractions that will provide you endless fun.

The Adventure Centre also offers great accommodation with the largest selection of self-catering homes in Carlingford. It offers the perfect place to stay whilst visiting the city where a thrilling adventure awaits you. Full of great surroundings for you to relax and explore one of the most beautiful parts of Ireland, as well as having a good time.

Along with great local attractions from water sports to heritage trails. It is also the perfect place to relax at one of the many traditional pubs or cafes and try some of the amazing local produced food. Just wandering through the old streets found in this heritage village is a special treat. The charm and history of the place will captivate anyone who comes to visit Carlingford.

The 20 Best Movies Filmed in Ireland