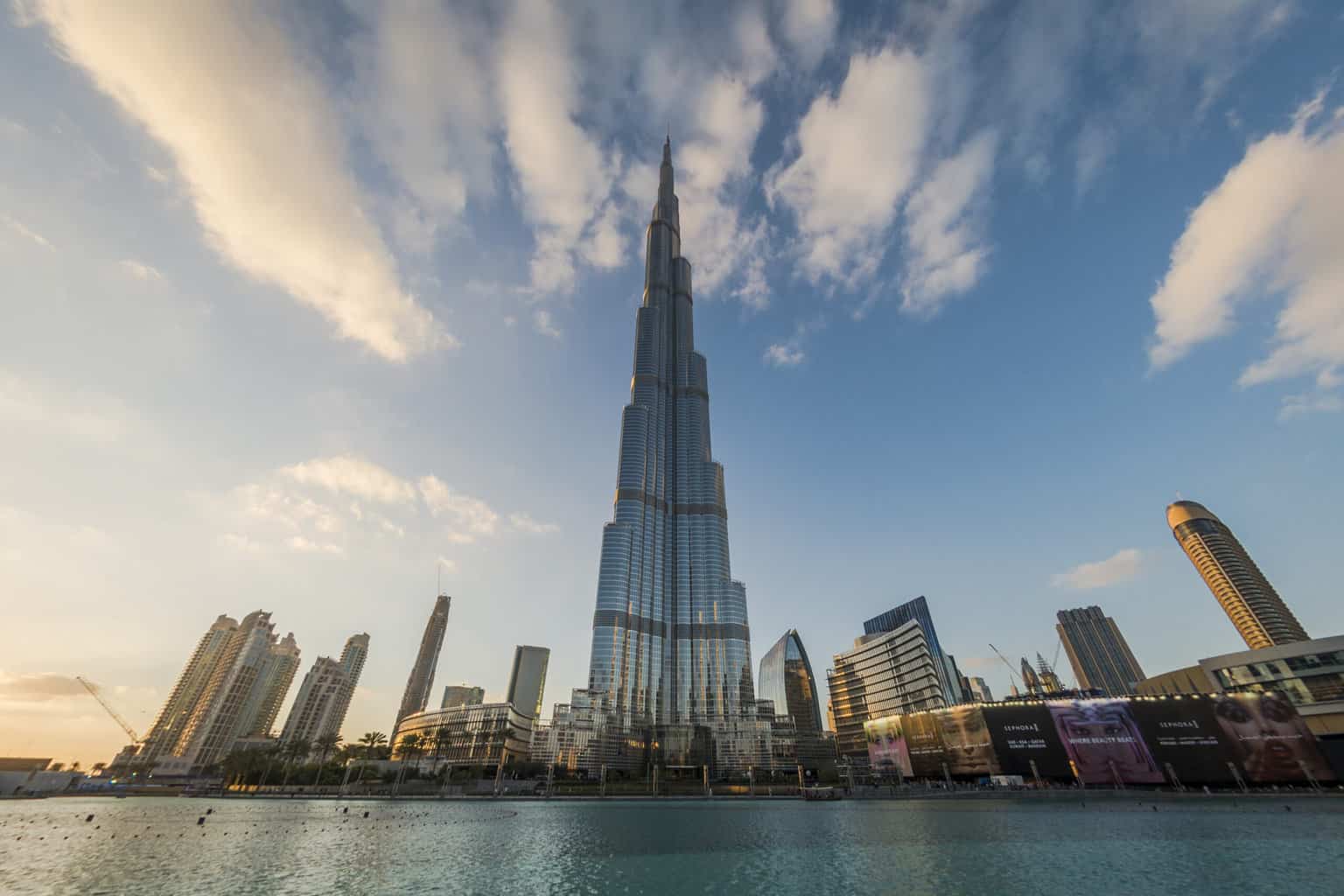 No one would have imagined that we would see a tower this high except in movies, but Burj Khalifa has changed that idea and changed our perspective and concept of the world of architecture.

Burj Khalifa is located in Dubai in the United Arab Emirates and was named after, and in honour of the ruler of the Emirate of Abu Dhabi, Sheikh Khalifa bin Zayed Al Nahyan. It was called Burj Dubai during its construction, and it is noteworthy that its height remained a secret throughout that period until its opening in 2010.

It became the highest building in the world, exceeding the 508 metres tall Taipei Financial Building in Taiwan. Burj Khalifa was built to accommodate a set of commercial, residential, and guesthouse projects.

The Idea of Building Burj Khalifa

The reason behind the consideration of building Burj Khalifa was that the government will is to diversify its economy, which was based mainly on the oil sector, and it was interested in the tourism sector as another economical source.

Dubai made a great effort to complete this vast project. Also, Emaar Properties took over the construction process with the help of other companies. The number of skilled engineers and technicians who contributed to the project’s construction reached 380 people, who started the construction work on 21 September 2004. The construction of the outer structure of the tower was completed on 1 October 2009.

Design and Construction of Burj Khalifa

Burj Khalifa was designed by the architecture firm Skidmore, Owings & Merrill. Its head office is located in Chicago and is managed by architect Adrian Smith.

More than 12,000 professional and specialised workers from more than 100 countries worked on the project and were present daily on the site to complete the construction work of the tower. For the tower’s glazing works, more than 300 workers specialised in this field were relocated from China for this project.

Burj Khalifa takes the shape of the local hymenocallis flower. It consists of three leaves or the shape of the letter Y, which helps reduce the influence of wind force on the tower. The central core is in the form of a hexagon and is supported by a group of wings with concrete columns.

Number of Floors in Burj Khalifa

Burj Khalifa includes 162 floors, which is considered the most significant floors’ number in the world. It is divided into Armani Hotel Dubai on the first floors, then apartments, corporate suites, and restaurants.

The interior design and construction of the Burj Khalifa building consisted of glass, wood, stainless steel, polished dark stones, silver and stone floors, stucco walls, and handcrafted carpets. It is divided into different facilities including:

The Armani Hotel Dubai includes 160 rooms, spread from the 1st to the 39th floors, and besides that, there are 144 suites.

Sky Lobby facilities, they are located on the 123rd, 43rd, and 76th floors, where you can find Jacuzzis, fitness facilities, and swimming pools.

Also, the top of the tower, which is the highest reachable section, is on the 124th, 125th, and 148th floors. It has a magnificent view of the city skyline. A Residents Library is included in the tower only for the residents.

Finally, the Atmosphere Restaurant is located on the 122nd floor at the height of 422 m. The restaurant offers you a variety of delicious dishes from different cuisines. Anyone visiting Burj Khalifa will love the place and wish for an extended stay, where they can find all the facilities and entertainment they wish for.

Many beautiful facilities are located in the area surrounding Burj Khalifa, where visitors can go sightseeing and enjoy the magnificent views. Among the facilities in the Burj Khalifa area are the following:

Its construction cost was about 800 million AED, it is equipped with 6,600 lights and 50 coloured devices, and when you pay a visit, you will see that it shoots water 150 metres into the air going with the music rhythm. It is also considered the second-largest fountain in the world.

It is located on an open space of 11 hectares; it was built in the form of a desert Hymenocallis flower, and in the middle, there is a water room that you can use for swimming as you enjoy the water jet fountains.

It is located on the 124th floor and contains an electronic telescope through which visitors can view the scenic views directly.

The best time to visit Dubai, specifically Burj Khalifa, is between October and April, as it is too hot in summer. That’s why tourists prefer to visit Dubai during the winter months.

Tourists can also choose to visit Dubai in summer when it’s not as crowded as it is in winter, but they will suffer scorching weather. Whenever you visit Dubai, there are many other attractions that you can enjoy, such as the Mall of the Emirates, Palm Islands, Dubai City Centre, and the Gold and Diamond Complex.

Every year, Burj Khalifa presents one of the most magnificent performances during the New Year celebrations. Citizens and residents from inside and outside the United Arab Emirates wait eagerly for fireworks displays. That forms enchanting views of the sky in multiple colours, with creative laser lights show that starts before the countdown begins on Burj Khalifa ushering in the New Year.

Burj Khalifa has received many important awards, such as:

The Full Travel Guide to Rotterdam: The Gate of Europe