Beautiful Alsace: The 7 Must-See Places In The Region 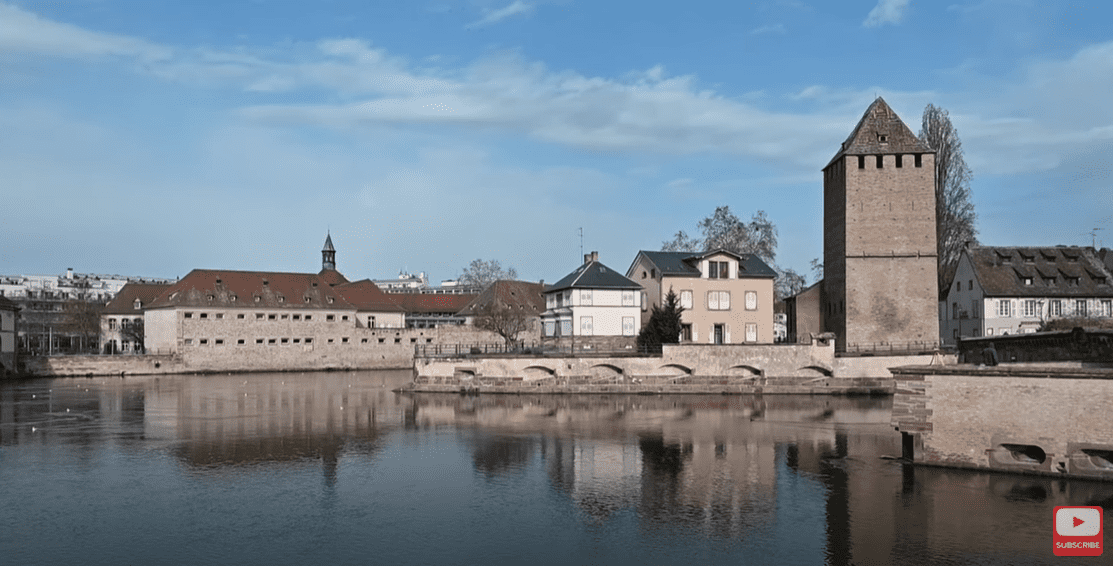 Do you know those small towns where the protagonists start their lives at the beginning of the fairytale story? This is basically the beautiful region of Alsace, France. Alsace is a slice of France that came straight out of a fairytale.

With a critical location on the border of Germany, the historical region of Alsace has been fought over for centuries by France and Germany. The region was even ping-ponged between the two countries for a long time. This juicy history has left the region with a perfect cultural mixture of the best of both worlds.

The culture fusion is clear in everything in the region; its architecture, cuisine, and even the language. The charming region is 8,280 km2, and the best way to describe it would be by saying that it is a small town that came out of our childhood storybooks.

Between its wine route and picture-perfect small towns, Alsace is full of amazing things to do. Here are some of the best things to do and see while in the fairytale-like region of Alsace.

You can’t be visiting Alsace without going for a wine taste, or several for that matter, …you just can’t! The region’s iconic 170-km-long Alsace Route des Vins passes through a list of stunning villages, famous wine-producing towns, and breathtaking landscapes. The route is France’s oldest wine route, and it goes through 120 towns and typical Alsatian villages.

If you make it to the region in the summer, then we highly recommend attending one of the many activities offered in the cities and villages along the route. As for those planning to spend their Christmas there, you will be very pleased with the Christmas markets along the route.

The Alsace Route des Vins can be reached by many means of transportations, and it is definitely worth the visit.Cycling would be an excellent choice, though, to truly enjoy this route, especially that the roads are adapted to bikes. While exploring the route, you will come across many wineries and winemakers and visit half-timbered houses.

One of the top things to do after feasting your eyes with the beauty of the villages is going to any tasting room to enjoy a complimentary tasting, and make sure to try the region’s well-known wines Riesling, Gewürztraminer, and Muscat, and grab a bottle to take with you home.

Strasbourg…. All in One Place!

The city of Strasbourg is a well-known city, famous for being so many things; the capital of the historic wine-growing region of Alsace, it is also the seat of the European Parliament, and it is a city that derives from both French and German cultures. But, most importantly, Strasbourg is famous for being the home of the glamorous Petite France.

Petite France of Strasbourg is the kind of city you see on postcards, except here you will be seeing it in real life! Celebrated for being the best-preserved old quarters in Europe, Petite France is a UNESCO World Heritage Site.

The quarter is woven with waterways that were used to power the city’s flour mills in ancient times. Petite France is perfect for taking a stroll around and taking some postcard-perfect photos. The quarter is also a great place to get introduced to the authentic Alsatian cuisine.

While enjoying the beauty of the quarter, make sure to pay a visit to the Ponts Couverts; there, you will see a chain of bridges across the channels of the River Ill. The view will just render you speechless.

Starting from the end of November till the end of December, the city’s historic center becomes an exquisite winter wonderland.

With dazzling brightly-lit Christmas stalls, there comes the glorious Christmas tree with a festive ambiance in the air thanks to the scent of mulled wine and gingerbread everywhere around…… Fa-la-la-la-la, la-la-la-la. There are so many amazing things to do in Strasbourg!

Besides taking some good photos of the fascinating cathedral- which is something you just must do- take a tour inside to admire its interior beauty with its stained-glass windows and organs, you can also climb on the platform for one of the best views of the city from up high.

With an unspoiled charm of the past, Colmar, AKA Little Venice, is one of the places you must visit while in the Alsace region. The resemblance to Venice comes from the city’s famous riverbanks, which are filled with half-timbered houses along them.

The town is yet another example of the thriving cultural marriage between France and Germany. We highly recommend exploring the city by taking a boat ride to enjoy the view of the houses on the riverbanks. Another thing to do while in the city is to eat in a traditional wine stub, taste the local Munster cheese, and have a glass of Alsatian artisanal beer…… Delicious!

Eguisheim, the Cradle of Alsatian Wine

No itinerary for visiting Alsace would be complete without making a stop at Eguisheim, the cradle of Alsatian wine. The village is ranked among the top 20 most beautiful villages in France.  Eguisheim is full of half-timbered colorful houses, fountains, and gardens.

One of the major attractions of the city is the nearby Three Castles on the Schlossberg hill that were built in the 12th and 13th centuries. While in Eguisheim, one of the top things to do is go for a nice meal at the Domaine Emile Beyer winery.

In there, you can have a tasty meal in an Alsatian inn located in the village, and you can follow that by their cellar and a wine tasting in their house, which was a hotel of the 17th century located in the middle of the village. If you make it there in the summer, then we recommend going for an electric bike ride to discover the vineyards of the region; the winery provides those as well.

Another must-visit place while in the village is The Wolfberger winery, which offers a fine selection of wine and a mini-museum where you learn more about the history of the Alsatian wine.

When you are in a region that shares borders with Germany and Switzerland, it would be a shame not to take a road trip around and enjoy it. Starting with Strasbourg to Colmar and then going to Mulhouse, you will have a marvelous and easygoing road trip driving across vineyards and small towns that would be an excellent location for a lovely meal and a quick stroll.

The alluring Château du Haut-Kœnigsbourg is a turreted medieval gothic castle with a gripping view reaching the Black Forest in Germany. The best way to reach the 900-year-old castle is to take a shuttle bus from Sélestat.

After taking a tour of the castle and capturing some good photos of the architectural beauty, we suggest following that by stopping for a meal at the Auberge de la Paix restaurant nearby. The food there is really good, you won’t regret it.

With so many amazing things to do, it would be a shame not to visit the enchanting region of Alsace. The region’s cultural fusion of rolling hills, medieval half-timbered houses, and vineyards will take you on a one-of-a-kind journey through different times and different cultures as well.

Switzerland 101: The Best Places To Visit In Switzerland

Top Things to Do in Seville, Spain- All You Need to Know Before Traveling & Great Tips