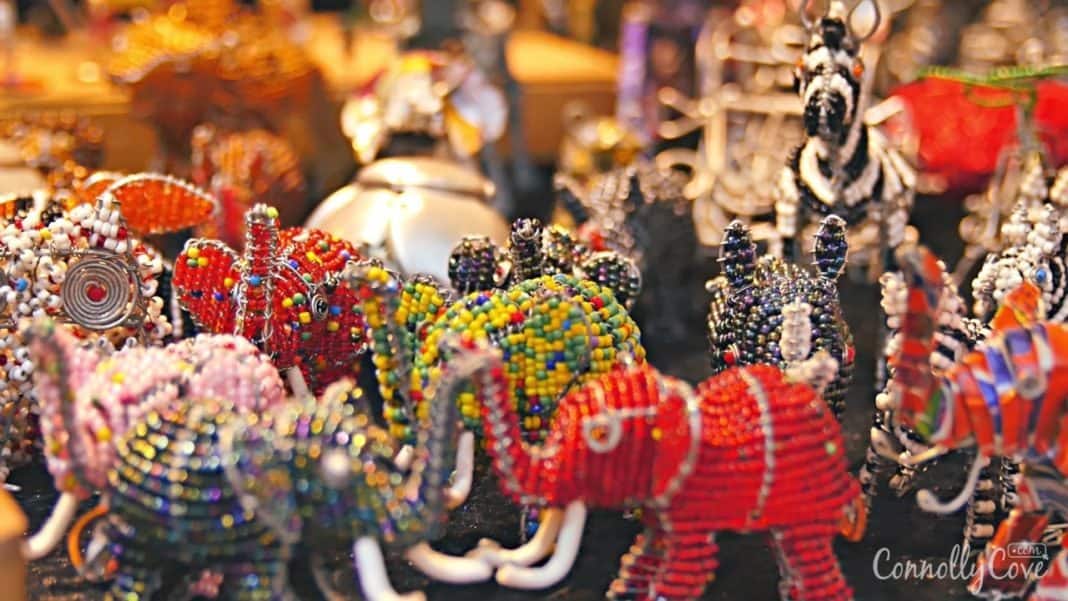 Belfast comes alive when the Christmas market arrives in the city. Stalls are packed into the grounds of city hall, creating a warm environment for those perusing – whatever the weather. St. George’s Market offers the Twilight Market the week before Belfast Christmas Market arrives which sets the festive scene for the coming month. Thousands of visitors per day populate the global stalls searching for Christmas gifts and trinkets to take home.

Entering into its 15th year, the Belfast continental Christmas market has gone from strength to strength. Now incorporating over 100 stalls, with over 40 of these being international, and the famous Christmas beer tent, the Market creates a unique mix of shopping, culture, entertainment and nightlife. 2017 saw the introduction of 20 outside stalls, set up outside the gates of City Hall, giving more opportunity for a variety of goods. Belfast’s Christmas Market opening times have extended as well, to allow for longer perusal.

The Belfast Christmas Continental Market opened its doors in 2004 and is considered one of Belfast’s most popular attractions. Voted the U.K.’s favourite market in 2014, it fought off major competition from regional markets like Birmingham and Manchester. Seeing the potential for growth in the Northern Irish market, it was organised by a German company that was brought in by the Dublin Docklands Authority.

The stalls or chalets, due to their appearance, are host to marvellous examples of local foods and crafts, as well as representing the international market. One local company that makes a global impact is that of the Belfast Beard Company. Specialising in male grooming products, the company won the Market’s Pitch Perfect new business initiative.

Now having 15 years experience under its belt, the Market now supplies the goods of over 100 traders and craftsmen to the local populace. The Belfast Christmas beer tent is possibly the most popular event at the market, but the variety of goods and wares has people making it part of their annual Christmas festivities.

Fiona Cunningham, Market Manager for Tourism Northern Ireland in the Republic, believes that “The Belfast Christmas Market has become a firm festive favourite, offering visitors a unique shopping experience and helping create a really special seasonal atmosphere in the city. The Market offers something for everyone with an excellent array of stalls with crafts, handmade gifts, decorations and mouth-watering food both from local Northern Ireland producers and from further afield around Europe and beyond. With a great selection of festive markets, boutique shops and award-winning restaurants, a festive getaway to Belfast is sure to provide you with plenty of gift inspiration”.

Christmas Beer Tent: Whose Round Is It Anyway?

The Belfast Continental Market has over 40 international traders with a diverse offering to suit all in the family. Desserts range from French crêpes, Dutch pancakes, to gorgeous Belgian chocolates. Savoury food is not to be ignored either, with an incredible selection of exotic burgers to a giant bratwurst served on an iconic Schwenkegrill.

The Belfast Christmas Beer Tent is not to be outdone either. With a variety of fruit beers and ciders, people come to sample the great selections brought from across the world to Belfast’s front door. Traditional Christmas drinks like Glüwein, mulled cider, and hot chocolate will also be served.

While shopping, eating and drinking may seem like the only activities that Belfast’s Christmas Market has to offer, there is much more to keep you entertained. Families can amuse their children by way of the Market’s helter-skelter. Not only that, but the Market has its very own Santa’s grotto for those who want a little more magic in their day. With elves and presents, Belfast brings the North Pole to its very own City Hall. Proceeds of Santa’s grotto go to the Children’s Cancer Unit Charity, giving even more purpose to your visit. For those of a more retrospective nature, the vintage carousel gives nostalgia to everyone who rides it.

The City Hall is located in Donegall Square, Belfast, Northern Ireland, where it divides the commercial and business areas of the city centre. It is the headquarters of the Belfast City Council. Until 1613, Belfast was considered to be a small settlement, then a Royal charter gave Belfast its town status. After which it continued to expand rapidly, becoming an important port and manufacturing centre.

By the second half of the 19th century, Belfast had become a major industrial powerhouse. Known for its numerous industries, including shipbuilding, rope-making, engineering, tobacco and textile.

In 1888, Queen Victoria gave Belfast the title of city. Meaning a new city hall was needed to reflect this change in status. Negotiations began in 1896 over the possession of the one and a half acre White Linen Hall site, located in Donegall Square, and was settled for an estimated price of £30,000.

The new hall was built by the local firm H+J Martin, following a design from Alfred Brumwell Thomas. Who won a public competition with his classical Renaissance design.
The construction of the new building was funded by Belfast Gasworks for which Belfast Corporation (the former name of the Belfast City Council) was responsible. The founding stone was laid in 1898 and the building work lasted for eight years.

The total cost of building the Belfast City Hall was £500,000. The Belfast City Hall was inaugurated on 1 August 1906. The building now stands as a testament to Belfast’s great economic success. In 2007, an £11m refurbishment program began in the hall which lasted two years before it was reopened on the 12th of October 2009. Then US Secretary of State Hillary Clinton cut the inauguration ribbon herself and unveiled a plaque to mark the reopening.

Bus Tour Belfast - The Best Way To See The City?