Close X
Home/The World/What to do when visiting Cagliari, Italy?

What to do when visiting Cagliari, Italy? 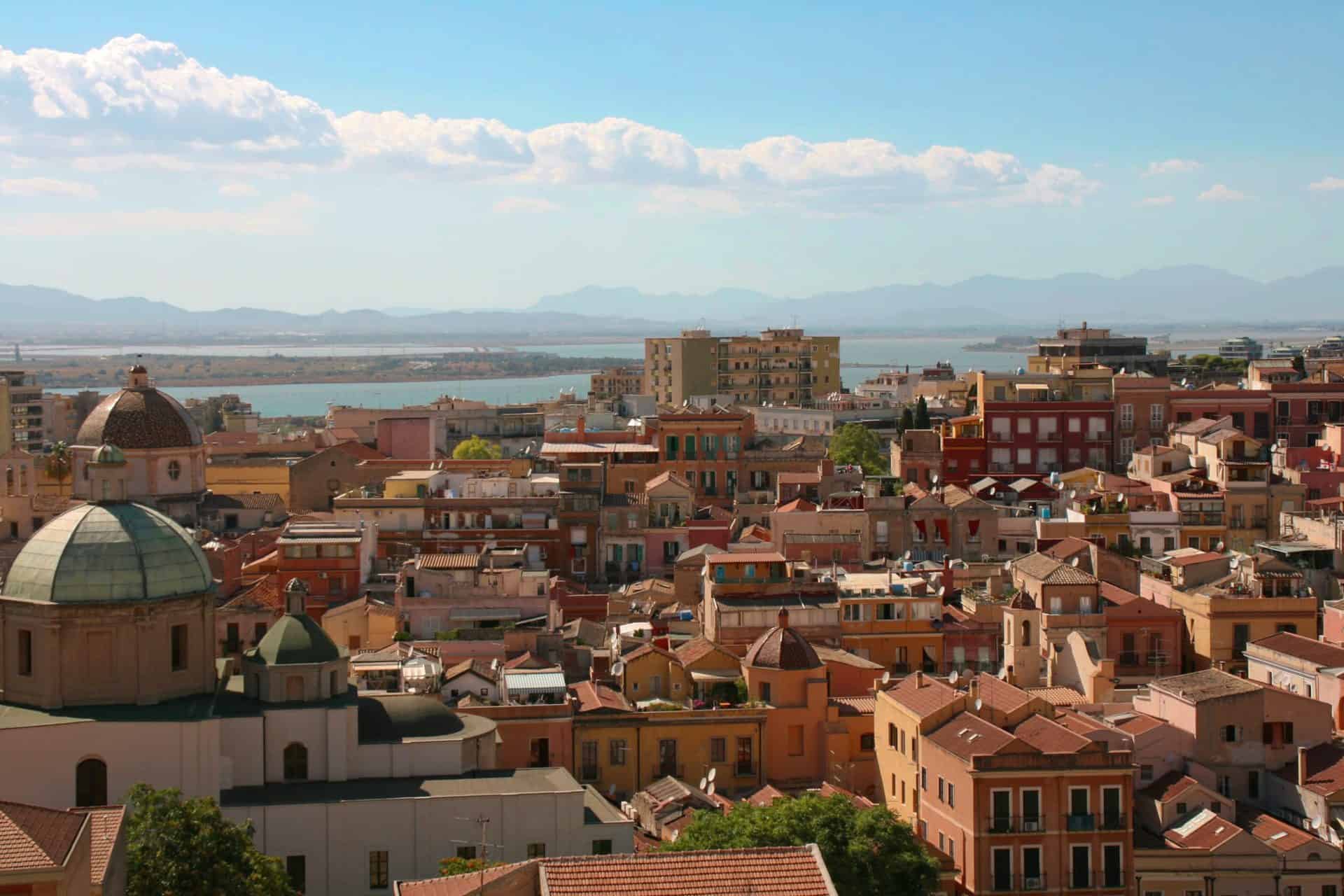 Cagliari is the historic capital city of the Italian island of Sardinia. Like a lot of Italian history, Cagliari oozes rich history, breathtakingly beautiful nature, impressive architecture, and an all-around astonishing atmosphere.

Everywhere you go around Sarindia’s capital, you will stumble upon some traces of Cagliari’s rich past, from ancient Roman ruins to museums that hold inside them a rich collection of prehistoric artefacts, centuries-old churches, and so much more. Not to mention Poetto beach just east of the city which is the city’s party and summer life hub.

To give you just a taste of what Cagliari is really all about, let us let you in on some of the city’s best attractions and tourist sights.

One of four main historic districts, Il Castello contains the most important places to see in Cagliari, such as Cagliari Cathedral and Saint Remy Bastion.

Located on a hill overlooking Cagliari and the sea, Il Castello contains the headquarters of military, religious, and civil authorities. Walking around this beautiful district’s narrow streets does wonders for your soul and mind for the view from up the hill is truly breathtaking.

One of the most historic landmarks in all of Cagliari is the Bastione di Saint Remy or Saint Remy Bastion. Dating back to the beginning of the 20th century when Saint Remy Bastion was built for the purpose of connecting the lower and upper parts of the city.

With cafes and restaurants all around you can truly enjoy the view from the top without exerting yourself whatsoever. And thanks to the Bastion’s 360 panoramic view, you will get to experience all of Cagliari from right where you are.

Right in the centre of the Il Castello district, the Duomo of Cagliari or the Cagliari Cathedral is one of Cagliari’s most historically significant and monumental landmarks.

Dating back to the 13th century, the Cagliari Cathedral has been restored and modified a lot over the decades since its establishment. Therefore, within its structure, it combines various different styles of architecture such as Romanesque and Baroque.

The church’s front facade features a cere of stone arches and religious decorations. Inside the cathedral, the gorgeous decorations go on featuring frescoed ceilings and a series of beautiful altars and iconic chapels.

Located in the northern region of the historic city of Cagliari is the city’s oldest and most preserved Roman ruin; the Roman Amphitheatre.

This ancient arena dates back to the 2nd Century AD and it is said that it was partially carved into the hillside rock face.

To this day this gorgeous and vast monument holds great significance, on the tourism level as well as the entertainment level as it occasionally hosts a variety of live concerts and performances.

Originally established in the 14th century, this monumental basilica is a dedicated shrine to the Blessed Virgin Mary.

The front facade of the Basilica’s structure features three ornate archways that lead straight into a large open foyer.

Just in front of the building is a gorgeously decorated stone courtyard complemented with mosaic patterned tiles.

You can’t visit Cagliari without spending a day or two by the water on the warm sand of the Poetto beach. Extending for about 7km long, the Poetto beach is one the longest beaches in Sardinia and Italy.

During the summer, Cagliari’s Poetto beach is usually crowded with young men and women who spend their days sunbathing by the water or partying in any of the restaurants and bars that line the shore. You can also practice a number of water sports at the Poetto beach or go on a canoe ride in the clear blue water of the sea while enjoying the beautiful view of Cagliari.

Dating back to the 14th century, Palazzo Regio is located in the heart of the old town in the Il Castello district. The Palazzo Regio used to be the official royal residence for the governing rulers of Sardinia for several centuries.

The building’s front facade which is seen today is, in fact, the 19th-century restoration of the Palazzo Regio. While touring inside the building, you will get to see some of the most beautiful interior work you have ever seen. An example of said work is the Metropolitan Council Room where the ceiling has some astonishing 19th-century frescos and ornate plasterwork.

Spanning over 5 hectares, Cagliari’s University Botanical Garden is the host for over 2000 individual plant species with an impressive collection of Mediterranean plants, trees, flowers.

The garden is divided into three main sections; the vegetation of the world, greenhouse plants, and an extensive orchard.

So if you feel like getting some fresh air, be sure to pay a visit to Cagliari’s University Botanical Garden, it doesn’t get any fresher than this!

Thanks to its unique location over a valley, the city of Cagliari is surrounded by hills and mountains, therefore, several public parks have been created to make use of the surrounding landscape.

The view from the top of the park is unmissable, on a clear day, you can see the entire city of Cagliari as well as miles towards the sea from up there.

What to do at night in Cagliari, Italy?

Having soaked in all the natural and architectural beauty of the Sardinian capital during the day, you will want to find the perfect place where you can relax and unwind at night in preparation for the next day’s adventures.

So here is the list of the best places for night outings in Cagliari:

Looking for a great restaurant where you can enjoy a well-cooked meal or a book store where you can find a good book to help you relax while reading it by the beach? Either way, Cucina. eat is the perfect place for you.

With its central bar, ceiling-high shelves, and overall modern and edgy interiors, you will truly feel like you are dining in a gourmet 5-star Italian restaurant.

This hip beachside spot is one of the most popular lounges that line the seafront at Poetto. Emerson is a part cocktail lounge, part restaurant, and part beach club. Therefore, whether you are looking for food, drinks, live music, or just a relaxing spot by the beach, Emerson is there for you.

This grand vintage Italian hub first opened in 1855. Locals, as well as tourists, often visit Antico Caffè to enjoy its delicious leisurely coffees, crepes, salads, as well as its rustic beautiful interior of polished wood, marble, and brass. So make sure to pay it a visit so you can have your complete Cagliari experience.

This vaulted cafe is usually packed very early on in the evening as it is one of Cagliari’s most popular cafes and hubs. Its outside seating area is usually completely taken before it’s even dark yet as Tiffany’s usual customers hang out and enjoy the cafe’s premium drinks. So make sure to get there early to have the chance to hang out at one of Tiffany’s hottest hubs.

Now that your virtual tour around the beautiful Sardinian capital is over, hurry up and start planning out your next vacation in one of Italy’s most beautiful hidden gems, Cagliari.

Bari, Have fun on the Other Side of the Adriatic