The Pogues and the Uprising of Irish Rock Punk 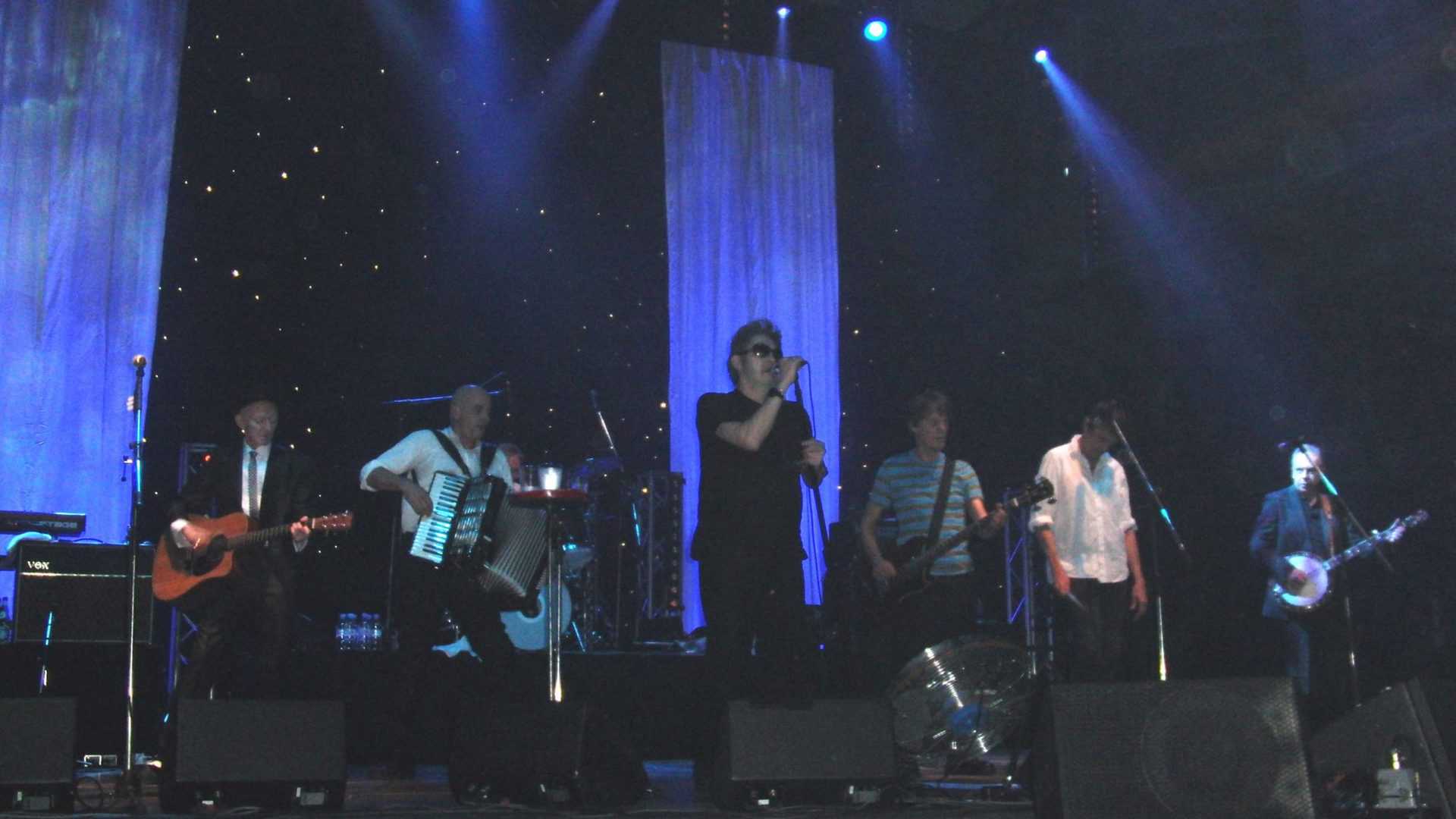 They say that the spirit of rock and roll never dies. What could also be said is that this spirit can be found habitually in Irish music with a different touch of sensationalism.

During the 80s, a band emerged from Ireland to redefine rock music in Ireland, and they have definitely hit all the right notes. The Pogues were one of the most successful bands of that era and a band that left its mark in Celtic history.

The band was led by the vocalist Shane MacGowan, who had a uniquely defined raspy and hoarse voice that often disguised his voice. Upon listening to their songs, anyone can realise that their music was absolutely and undeniably political. Not only were many of their songs explicitly in favour of working-class liberalism, but they’ve also made it clear to have a lurched direction towards everything punk rock.

Interestingly enough, the band also had a wicked and irrevocable sense of humour, which was abundantly clear on their biggest hit to date, the fractured Christmas carol “Fairy Tale of New York.”

Beginnings and Early Days of The Pogues

Alternate to common belief, The Pogues were a band from North London (not from Ireland), right at King’ Cross formed in 1982. They were first known as Pogue Mahone─pogue mahone being “The Anglicisation of the Irish póg mo thóin─meaning “kiss my arse”.

The London-based punk scene of the late 70s and early 80s inspired the band (and other bands at the time) to go on and utilise rather unusual, intermixed styles, mostly represented in the genre of punk rock which  The Pogues followed through on.

Their first ever concert took place at a pub with a small stage in the back room called The Water Rats (formerly known as The Pindar of Wakefield) on the 4th October 1982. Band members at the time were MacGowan as lead vocalist, Spider Stacy (also vocals), Jem Finer (banjo/mandolin), James Fearnley (guitar/piano accordion), and John Hasler (drums).

MacGowan had previous band experience as he spent his late teen years in the 70s singing in a punk band called the Nipple Erectors (aka the Nips) which also featured Fearnley. Cait O’Riordan (bass) was added to the line-up the next day, and after the band went through a number of drummers, they finally settled on Andrew Ranken in March 1983.

After several complaints, the band changed their name as it was offensive to some (also due to the lack of radio play for the curse in their name), and soon attracted the attention of The Clash because the Pogues’ politically-tinged music was reminiscent of theirs. The Clash asked The Pogues to be their opening act during their tour and things skyrocketed from there.

The band garnered a lot of crucial attention when the UK Channel 4’s influential music show The Tube made a video of their version of the band’s Waxie’s Dargle for the show which absolutely boosted their popularity.

Although Record labels were heavily concerned by the band’s occasionally haphazard live acts, where they would often fight onstage and nonchalantly bang their heads with a beer tray, that didn’t stop them from realising the potential that such energetic band had.

In 1984 Stiff Records signed the Pogues and recorded their debut album ‘Red Roses For Me’, which contained several traditional tunes as well as superb original songs such as Streams Of Whiskey and Dark Streets Of London.

Those songs exuded the eclectic and versatile songwriting talent in MacGowan’s evocative descriptions of times and places he had often visited first-hand. The album title is a famous comment attributed, probably falsely, to Winston Churchill and others who were supposedly describing the “true” traditions of the British Royal Navy. The album cover featured The Raft of the Medusa, though the faces on the characters in Géricault’s painting have been replaced with those of the band members.

Acclaimed UK recording artist Elvis Costello produced the follow-up album Rum, Sodomy & The Lash on which Philip Chevron, formerly a guitarist with the Radiators, replaced Finer who was on paternity leave. The album showed the band moving away from covers to original material and saw MacGowan’s songwriting reach new heights, offering up poetic story-telling, on The Sick Bed Of Cúchulainn, A Pair Of Brown Eyes and The Old Main Drag as well as definitive interpretations of Ewan MacColl’s “Dirty Old Town” and Eric Bogle’s “And the Band Played Waltzing Matilda,” the latter of which has become more popular than the original recording.

The band failed to utilise the momentum created by the strong artistic and commercial success of their second album to their own advantage. They refused to record another full album (offering up the four-track EP Poguetry in Motion instead), and Cait O’Riordan married Elvis Costello and left the band. She was replaced by bassist Darryl Hunt.

Another person joined the band, Terry Woods (formerly of the band Steeleye Span), who was a multi-instrumentalist, having the mandolin, cittern, concertina, and guitar among the instruments he could play.

During that period, the band’s most threatening hindrance was forming at its shape. It was the increasingly erratic behaviour of their vocalist, principal songwriter and creative visionary, Shane MacGowan.

Stardom and Separation of The Pogues

The band remained stable enough to record another album titled If I Should Fall from Grace with God in 1988, featuring a Christmas hit duet with Kirsty MacCall called Fairytale of New York which was voted The Best Christmas Song Ever in VH1 UK polls in 2004. One year later, the band released yet another album titled Peace and Love. The band was at the peak of its commercial success, with both albums making the top five in the UK (numbers three and five respectively), but little did they and their audience know that a massive downfall was about to strike.

Sadly, Shane MacGowan’s relentless drug and alcohol abuse was beginning to cripple the band. Although neither their 1989 hit albums Yeah Yeah Yeah Yeah Yeah or Peace and Love were noticeably affected by his downtimes, MacGowan missed the Pogues’ prestigious opening concerts in 1988 for Bob Dylan.

By 1990’s Hell’s Ditch, Spider Stacy and Jem Finer began writing and performing the bulk of the Pogues’ material. Despite positive reviews, Hell’s Ditch was a flop in the market, and the group wasn’t able to support the record because of MacGowan’s behaviour. Consequently, he was asked to leave the band in 1991.

With his departure, the band was thrown into a state of dismay. Without their lead singer for almost 10 years, vocal duties were for a time handled by Joe Strummer, before Stacy finally took over permanently.

Two decently received albums followed, the first of which in 1993, Waiting for Herb, contained the band’s third and final top twenty single, Tuesday Morning which became their bestselling single internationally. In 1996, the Pogues disbanded with just three members remaining.

After they broke up, the Pogues’ three remaining members were the ones who had spent the longest time in the band: Spider Stacy, Andrew Ranken, and Darryl Hunt. The trio went on to establish a new band called The Wisemen.

The band played mainly songs written and performed by Stacy, though Hunt also contributed to the music production. The band also covered some Pogues songs to keep their legacy alive during live sets.

Unfortunately, the band didn’t continue being together for longer than a couple of years. Ranken left the band first and then was followed by Hunt. The latter went on to become the lead vocalist in an indie band called Bish, whose self-titled album was released in 2001.

Ranken has gone on to play with a number of other bands including the hKippers (the ‘h’ is silent), The Municipal Waterboard, and most recently, The Mysterious Wheels. After leaving Spider Stacy solo, he recorded music with other various bands while working on The Wisemen (later renamed The Vendettas).

Shane MacGowan founded The Popes in 1992, one year after he left The Pogues. During the period after that, MacGowan decided to write an autobiography with his journalist girlfriend Victoria Mary Clarke, titled it A Drink with Shane MacGowan and released it in 2001.

As for the other (former) band members, Jem Finer went into experimental music, playing a big part in a project known as Longplayer; a piece of music designed to play continuously for 1,000 years without repeating itself. James Fearnley moved to the United States shortly before leaving the Pogues. Philip Chevron reformed his former band The Radiators. Terry Woods formed The Bucks with Ron Kavana.

The band heard the wishes of their fans and decided to regroup for a Christmas tour in 2001 and perform nine shows in the UK in December of that year. Q Magazine named The Pogues as one of the “50 Bands to See Before You Die”.

In July 2005, the band─again including MacGowan─played at the annual Guilfest festival in Guildford before flying out to Japan where they played three concerts (it’s worth noting that Japan was the last destination they played at before MacGowan left the band in the early 90s). They played a concert in Spain in early September as well.

The Pogues went on to play concerts around the UK in 2005 and got some support from the Dropkick Murphys at the time and re-released their 1987 Christmas classic Fairytale Of New York on 19th December, which went way up at no.3 in the UK Singles charts on Christmas week in 2005, showcasing the band’s (and this song’s) enduring popularity. Fairytale of New York was voted the greatest Christmas Record of all time for the second year running in a poll by UK Music Channel VH1, with the song taking in a whopping 39% of the overall vote, and still until now, a smashing hit.

On December 22nd 2005 the BBC broadcast a live performance of the Pogues (recorded the previous week) on the Jonathan Ross Christmas show with Katie Melua.

Furthermore, the band was awarded the lifetime achievement award at the annual Meteor Ireland Music Awards in February 2006. And in March 2011 the Pogues played a six-city/ten-show sell-out US tour titled “A Parting Glass with The Pogues”. In August 2012, The Pogues went on tour to celebrate their 30th Anniversary.

Throughout their career, the band has received mixed reviews of their albums and performances. Perhaps the most enticing review comes after a March 2008 concert, in which The Washington Post described MacGowan as “puffy and paunchy,” but said the singer “still has a banshee wail to beat Howard Dean’s, and the singer’s abrasive growl is all a band this marvellous needs to give its amphetamine-spiked take on Irish folk a focal point.”

The reviewer continued: “The set started off shaky, MacGowan singing of `goin’ where streams of whiskey are flowin,’ and looking like he’d arrived there already. He grew more lucid and powerful as the evening gathered steam, through two hours and 26 songs, mostly from the Pogues’ first three (and best) albums.”

Exiting With A Blaze

Despite their ups and downs, and the controversial history of their lead vocalist Shane MacGowan, The Pogues have certainly left a definitive mark on the Irish punk rock scene, and they will forever be remembered for their versatile music and sheer nature of their records.

Discography of The Pogues