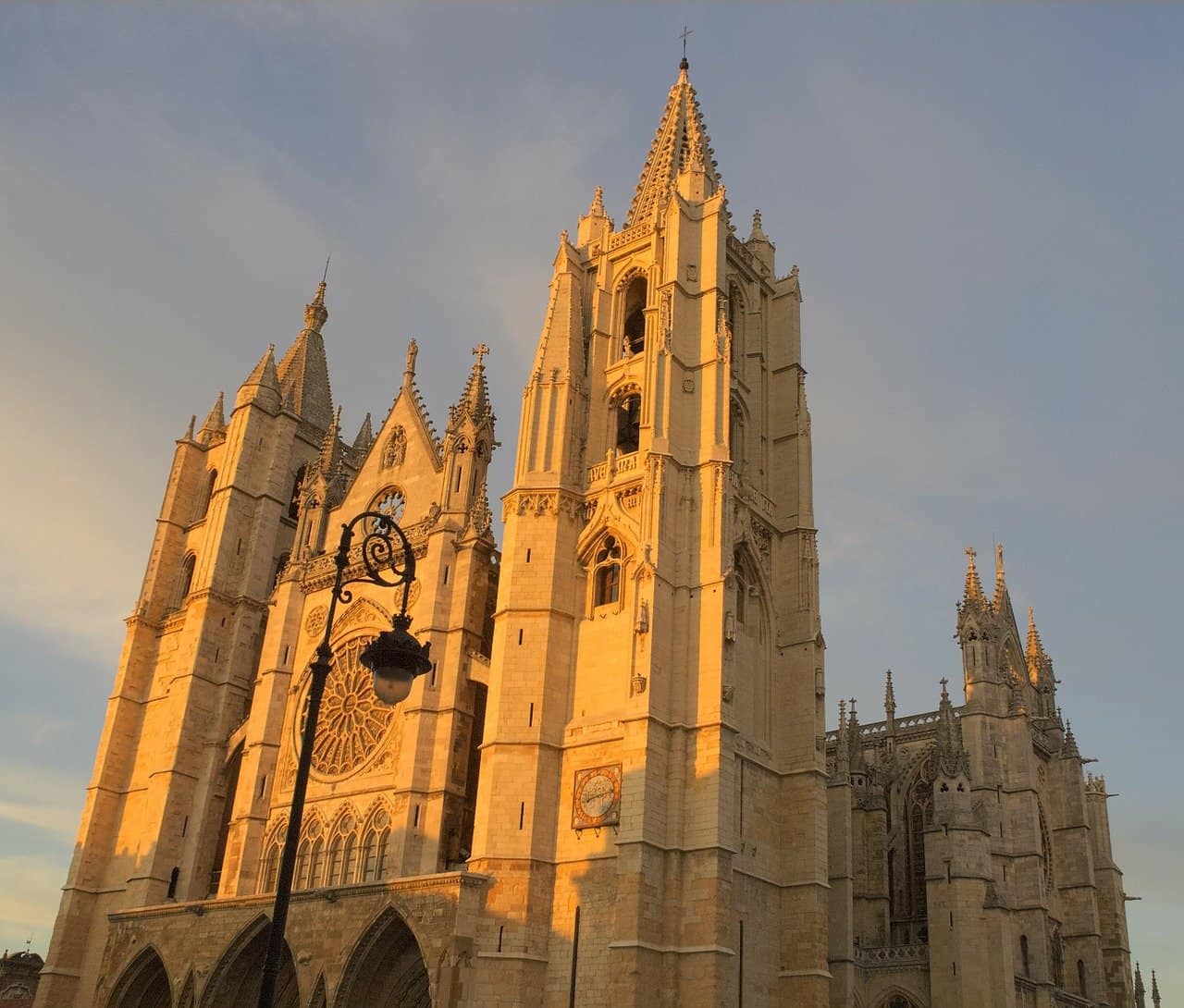 Spain is a beautiful country with a variety of splendid places to visit and enthralling activities to do. Like any other country, the capital cities are always the most popular and most visited by tourists. Many first-time travelers fall in the trap of missing the hidden gems of many places.

One of the most magnificent cities in Spain is León; a not very popular city that offers plenty of attractions. You will be in for a variety of treats, especially if you are fond of history. León is home to several spots that unravel significant events in the history of Spain.

Many visitors of this beautiful city have reported that León has this special energy. The breeze shuns out an outstanding ambiance that makes you fall in love with everything about it. It’s rich in history ,secrets to discover, and picturesque landscapes to explore.

From historic buildings and art museums to appealing sceneries and palaces, there’s so much to go over with a fine-tooth comb. We’ve created this interesting itinerary for you to guide you through the streets of León.

Would you like to embark on a journey through the history of Spain? Then the León Museum should be your next stop. Located in Plaza San Domingo in the Castilla y León region, it’s deemed the oldest and largest history museum.

The collections in display will take you through different history ages, displaying every activity that once took place in León. They also showcase artifacts, starting from the Paleolithic until today. Some of them even date as far back as the Iron age.  There are also artifacts that belong to the Bronze age.

The Spanish rather call this architectural masterpiece the MUSAC, but it’s known to tourists as the Museum of Contemporary Art. This wonderful building is an eye-catching construction with a colorful exterior glass that imitates that of the León Cathedral. It has the exact seven colors of a rainbow, making the building an arresting figure.

Apparently, art is what you expect to see within this flamboyant building, and you’re not wrong about that. The museum houses thousands of artworks of Spanish artists, especially those from León, as well as international ones. As the name suggests, the displayed art is from our modern age, with the oldest dating back to only the ‘90s.

Inside the museum, you will find a huge library, encompassing several books of different genres. There is also a retail area, being the busiest area of the building along with the library. It also has workshops and five exhibition rooms.

3- The Palace of the Guzmanes (Palacio de los Guzmanes)

This beautiful palace, the Palace of the Guzmanes, is an attractive renaissance building that proudly sits in León. It’s considered the Provincial Government seat of the city since the government bought it and repaired it back in 1882.

Before the government purchase it, this building witnessed a serious deterioration. It used to be home to the Guzmanes family, one of León’s influential and wealthiest families in the 16th century. Rodrigo Gil de Hontañón was the palace’s designer, and the most prominent architect at that time.

This lavish-looking building looks like one that has resurrected from the ancient times. It represents elegance and luxury. There is a handful of statues at the entrance of the palace, representing different figures. There is also that fear-inducing bucket in the façade with six snakes looking as if they’re getting out.

No one steps a foot into the splendid city of León and leave without visiting its historic square, Plaza Mayor. Not only is it historic, but it’s also the most popular square in León, and the most appealing one as well.

This brilliantly constructed square looks out on several bars, eateries, and pubs. All from which you can have a taste of several authentic Spanish dishes or drinks. We suggest that you don’t deprive your taste sense from this exceptional delight. Introduce your taste buds to a brand new delicacies.

Parks are great destinations when you have your family members for companies. Interestingly, León offers some of the world’s most beautiful parks and gardens. Parque La Candamia is one of the most popular tourist attractions in León.

The park offers alluring scenes of greenery and beautiful lakes. Right besides the park lies the river, Torio, adding more glimmer to the already ravishing park. This spot serves perfectly those who love to steal a few moments of tranquility away from the bustling cities.

You can also have fun playing around or going for a brisk walk. Looking around, you will find many locals meditating for being a spot of serenity. So, whatever suit you best, head to this beautiful park, enjoy the weather, and have some moments that you’ll always remember.

Have you expected that a country as bright as León would be home to a building with a Gothic semblance? Well, this surely adds more thrill to the trip. In fact, León is home to the Palacio del Conde Luna, or Palace of Count Luna. It also dates back to the 14th century and has that gothic-like style with an intimidating ambiance.

What we see today is not how the museum looked like when it was originally built. In the 16th century, the conqueror of Mexico, Hernán Cortés, requested a three-story tower addition for his own daughter.

This museum has a small construction body but its walls are rich in history of the León Kingdom. The palace used to be the seat of the original Kingdom back before Ferdinand and Isabel’s political reign. Today, the University of Washington houses a study center in the tower under an agreement with the City of León.

Convento de San Marcos was, obviously, a remarkable convent in León located in Plaza San Marcos. However, it today serves as a lavish hotel and is still a significant monument in León. It may have become a hotel; however, it still contains a church. The good news is, there is also a museum.

Some also refer to it as Parador de León. It is one of Spain’s greatest architectural masterpieces and a prominent tourist attraction. Also, the Basilica of San Isidoro and Casa Botines (Museo Gaudí) are great attractions in Plaza San Marcos.

During Spain’s darkest periods, the monastery turned the whole building into cells and offices for jailers. A great number of people were imprisoned in the dungeons of San Marcos. It also witnessed many murders during the periods of repression.

Another attraction that sits in Plaza San Marcos is the Basilica of Saint Isidoro. You should definitely pay it a visit and learn about the religious past of León. Before dedicating the monastery to Saint Isidoro, it used to be under the name of Saint John the Baptist.

The tomb of the saint is on the same grounds of the church. It still attracts people from different places around the world. You will also get to see sculpted figures on the façade, including that of Saint Isidore. There are many tales to hear about those figures and the past of that place.

Isn’t it interesting to observe a life from the past that still have its traces to this day? The museum of Sierra-Pambley has been around since the 19th century. It belonged to a wealthy family that was among the elite society at that time. Segundo Sierra-Pambley was the owner of this house; he requested its construction in 1848.

However, the museum started to welcome visitors only in 2006. The furniture pieces you will see inside are the original items that were used by the Sierra-Pambley family. Even the wallpapers, carpets, and mirrors haven’t been changed all that time. Interestingly, everything remains in a good shape despite many years that had passed.

Tour these 10 Fascinating Spots in Las Palmas: A Deluxe Journey Along the Shores of the Canary Islands