Top Things to do in the Beautiful City of Zaragoza 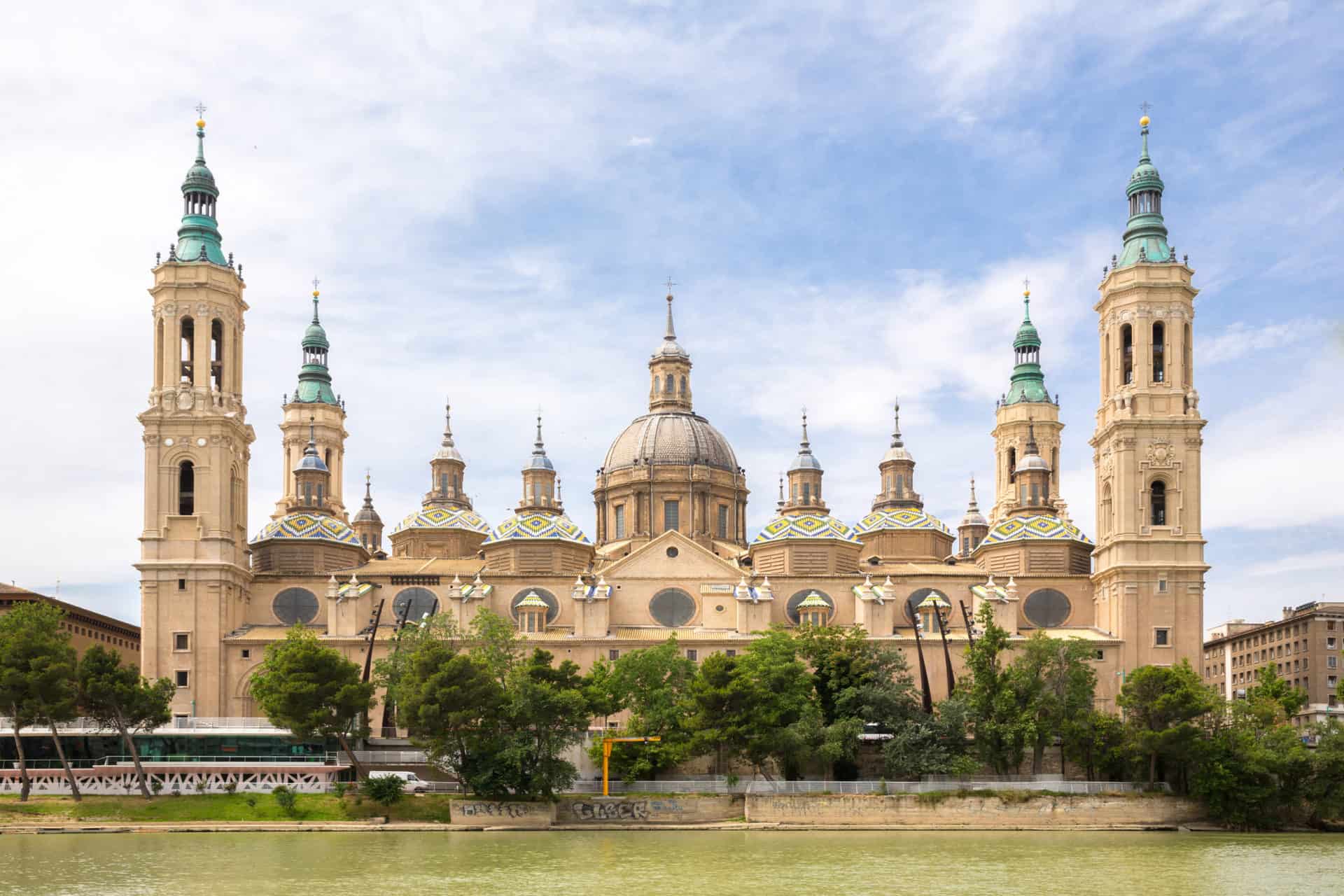 Zaragoza is the fifth-largest city in Spain in terms of area. It was founded 2000 years ago and is full of history. It was named the White City because it was said to have been built with white stones.

Zaragoza has many historical buildings and monuments, where you can see a mixture of different civilizations from the era of Romans, Muslims, and others. You can see different types of landmarks and houses, especially influences of Moroccan architecture such as Al Jaferia Palace.

The city has a semi-annual climate due to the mountains that surround it, where it has a cold climate in winter and hot in summer.

Things to do in Zaragoza

Zaragoza is famous for its scenic beauty, where you can enjoy its beautiful landscapes with a lot of activities there and entertainment places that can be visited, for example, festivals and events. There are also many famous tourist spots, like Zaragoza Cathedral.

Basilica Del Pilar is one of the most popular tourist attractions in Zaragoza, and one of the most important pilgrimage churches in Spain. The church is located in the region of Aragon on the banks of the Ebro River while the main entrance is on the other side of the Plaza del Pilar. Its construction dates back to 1680, between the 17th and 18th centuries.

The church was built in the Baroque design, distinguished by its high towers and luxurious design. The church contains a large collection of religious artworks, lavish Baroque antiquities, and holds paintings from Goya.

Museum of the Roman Forum of Caesaraugusta

The Museum of the Roman Forum of Caesaraugusta is a Roman museum that provides a glimpse into life as it was in Caesaraugusta, an ancient Roman town dating back to the 1st and 2nd centuries in which the city of Zaragoza was occupied. The town was named after Emperor Augustus, who ordered the founding of the city.

The museum includes artifacts that represent elements of the ancient Roman market, walls of shops, and sewer system as well as government buildings and a temple.

Al Jaferia Palace is located in the middle of Zaragoza. It is one of the famous attractions there and was built in the 11th century based on a design incorporating a quadrangular plan around a courtyard.

When you visit the palace you will see all the towers were built all around except one tower that was built rectangular and the Islamic style in the ceiling gives the palace a charming look. The palace now is the headquarters of the Aragonese Parliament.

Zaragoza Cathedral was built on the site of an ancient Roman temple, it was dedicated to Saint Salvador and it became known as Cathedral de San Salvador. It is a very huge cathedral with 5 naves in a very beautiful style that reveals the building’s history. It was a Visigoth church, then a Muslim mosque during the Moorish era, and then a Romanesque church in the 12the century.

When you visit the cathedral, you will be able to see Romanesque elements of the main building on the columns on the exterior and also you will see the mosque minaret in the cathedral’s tower. You can also visit the Tapestry Museum which contains 60 precious Flemish tapestries.

The Aquarium of Zaragoza is the place where you can find more than 300 species of aquatic life. There is a symbolic glacier that feeds the various river habitats that surround it and each has its environment that replicates its ecosystem.

The tanks in the aquarium hold about two and a half liters of water that symbolize the primal waters from which first life first evolved. Among the famous species that you can see, there is Arapaima, which is the third-largest freshwater fish in the world, and Malay sharks.

The Aragonese Institute of Art and Contemporary Culture

It is also called Pablo Serrano Museum, and it was dedicated to the artist Pablo Serrano. The Institute contains Serrano’s work from his Figurative period until his Expressionist stage.

Inside there you can see exhibits that display 140 drawings and sculptures, that show you the evolution of the artist’s creativity, and also you will see some works of Serrano’s wife, Juana Frances.

La Lonja is a beautiful building that was built in the 16th century to be a place where merchants can carry out their trading and it is considered the historic marketplace in Zaragoza. The building was constructed with bricks with a rectangular plan. The façade is decorated with rows of windows and all that was designed by Juan de Sarinana.

When you enter the building, you will see from the inside some stoned columns that were made from the remains of the city’s Roman walls.

Zaragoza Museum is the perfect place for art lovers, it is divided into two sections which are archeology and fine arts, and its place is now the wing of the 1908 Universal Expo. The collections inside the museum represent many historical periods, from prehistory, ancient Roman, Moorish, Gothic, and the 21st century.

Basilica Santa Engracia was built in 1511 by Gil Morlanes but it was finished by his son in 1517 and then renewed in the 18th century. The façade of the basilica is like an altar with its medallions and sculptures of different characters and saints.

There are four sanctuaries at the side, it represents the parents of the Western Church, the upper niches represent the Virgin of the Holy Mass, and King Fredinand. The crypt includes the Paleo-Christian tombs of the 4th century, it pictures the tomb in an interesting scene that represents the soul in paradise.

San Pablo Church was built in the 13th and 14th centuries in the place of a Romanesque chapel and is listed as a UNESCO World Heritage Site. It consists of a single nave. When you are inside you will see a piece of the Renaissance period, which is the slaughterhouse devoted to Saint Paul, crafted from gilded wood made by sculptor Damian Forment in 1515.

Goya Museum or Camon Aznar Museum is a magnificent museum that displays many fine arts collections that were made by Jose Camon Aznar, who is an art collector, professor, and art critic. The Spanish savings bank bought the place at first to be where all the collections are held.

The museum consists of three floors and it is considered one of the most fascinating Renaissance civil architecture in Zaragoza. On the first floor, you will find paintings from the 15th and 18th centuries. Also, you can find artworks by Francisco de Goya, including 14 paintings that represent Goya’s career.

Santa Maria Magdalena Church is located in Plaza de la Magdalena and it was built on an old Moorish mosque. It was built in the 12th century, renewed in the 14th century and when you visit the church you will see the tower which shows you the beauty of Aragonese architecture. The tower is an Almohad-style minaret with decorated glazed ceramics.

When you enter the church you will see the magnificent interior design with overlapped arches and pointed windows like the Aragonese style and the main altarpiece is decorated with sculpture by Jose Ramirez de Arellano from the 18th century.

70 Things to Do in Austria — Places, Attractions, Great Advice Before Traveling