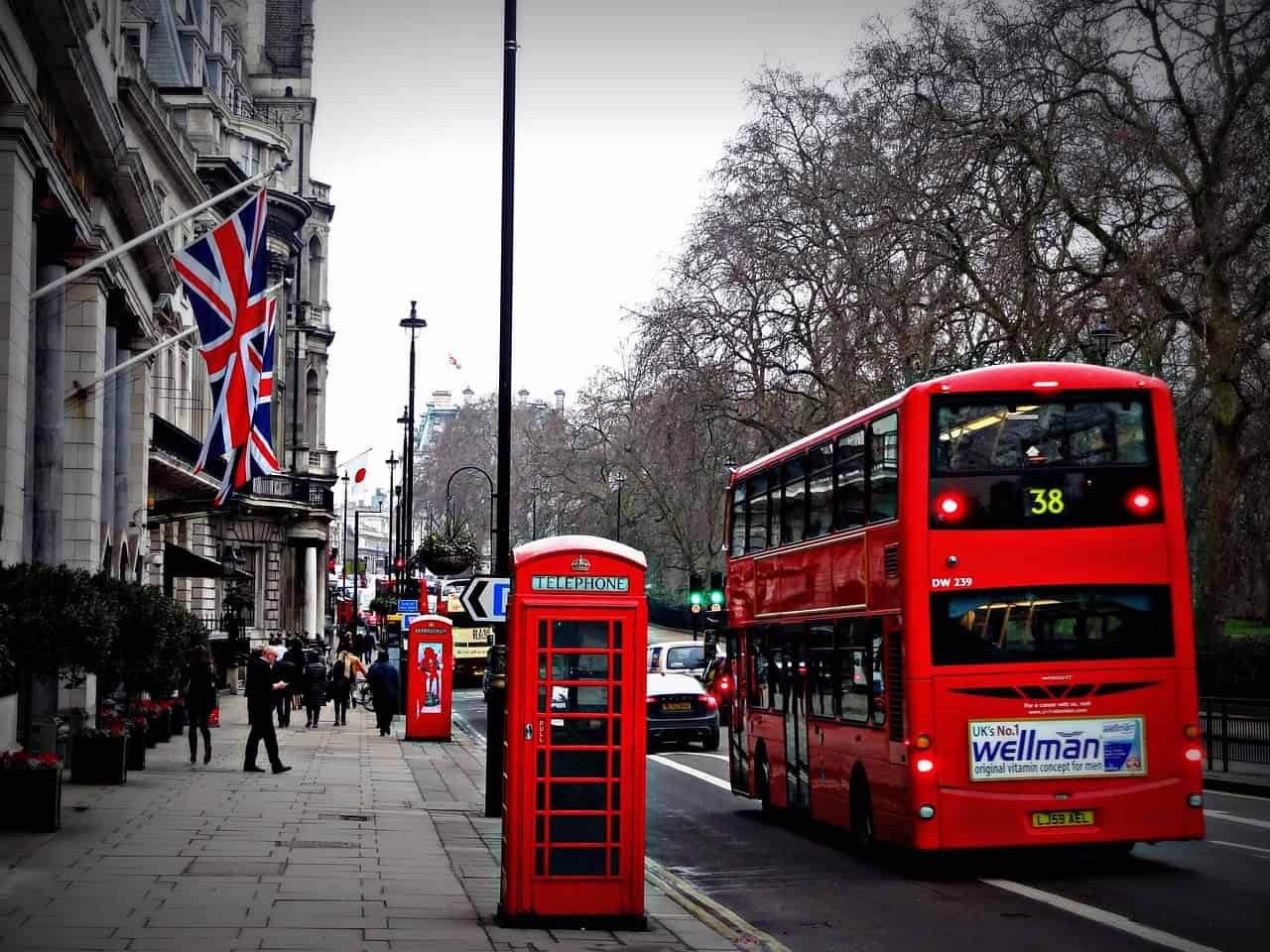 London; the capital of the United Kingdom, the Swinging City, and home of the most iconic and significant landmarks in English history is always an excellent place to visit and a hard-to-compete-with destination whether you are looking to have a relaxed laid back vacation or an educational journey.

It is quite impossible to see everything that London has to offer in one vacation time. From its incredible shopping scene, countless sights, friendly locals, delightful culinary options, elegant lodging, vibrant nightlife, to cultural and historical greatness, it is easy to get lost in the magic of the British capital. However, with our ultimate London Travel guide, you might just be able to make the absolute best out of your time there.

It relatively depends on what you are looking to experience in London. However, London’s early spring which occurs in the months from March to May is considered to be the best time to visit the English capital for the mild temperatures, fairly dry weather, and blooming greenery.

As one of the biggest capital cities in the world, London has all sorts of accommodation options in every category and every budget. So whether you are looking for an old-fashioned London loft, a 5-star hotel, or an affordable motel, you can find it all in the English Capital.

Historical significance, luxurious design, royal architecture, dramatic decor, and just overall uniqueness are the reasons behind Savoy being the iconic landmark that it is, aside from being a top choice accommodation. Located on the River Thames, Savoy hotel is the first hotel in London to be built for the purpose of being a luxe hotel, which it is to this very day.

If you feel like jumping right into one of your old English novels, then this is the place for you. Retro, vintage, elegant, and grand, The Lanesborough is an old elegant country house that has been turned into a five-star hotel with a Michelin-starred restaurant. Aside from being offered the chance to virtually travel back in time while staying at The Lanesborough, you can also enjoy the hotel’s private spa, fitness club, cognac lounge, and award-winning afternoon tea service.

Close to the British Museum and Covent Garden, the Rosewood is a 5-star centrally located luxury hotel featuring elegant and classic decor. Having carefully renovated its Edwardian architecture, Rosewood has managed to combine the historic vintage style with the modern contemporary style seamlessly and effortlessly. Thanks to its location right in the heart of London as well as its incredible service and style, Rosewood gets fairly crowded during London’s peak tourist season, so if you have your heart set on it, make sure to make your reservations well in advance.

Housed in the 19th-century magistrates’ courthouse where the one and only Charles Dickens once worked as a scribe and members of the Clash stood trial in 1978, This 630-bed hostel features pod beds in four-to16-bed dormitories. There is also a top kitchen with a huge dining area and a basement bar named Clash. Because of its huge historical significance, parts of the Clink78 hostel are heritage listed, including six cells that have been converted into bedrooms, and a pair of wood-paneled courtrooms used as a cinema and an internet room. Clink78 is a great option for more affordable accommodation, it also lets you step right into the past because of its amazing heritage.

Because it is one of the world’s best and most visited capitals, London has quite a diverse palette when it comes to dining and restaurants. Here are some of the best ones:

Named one of the best in the world in 2017, this Michelin-starred restaurant was originally a simple supper club in a London flat. Now, Clove Club is a top choice for fine dining for people visiting London from all over the world. The Clove Club’s menu remains a mystery until the meals are served. However, you can expect intricately arranged plates with freshly sourced ingredients from all around Britain.

The Gate is responsible for taking vegetarian cuisine out of its side dish category and turning into a culinary star that stands on its own. Combining influences from Asia, the Middle East, and Jewish traditions, the food at the gate caters to everyone’s taste palette. Aside from the rich menu, the Gate boasts an extremely elegant dining room with white walls and dark wooden tables and chairs.

The least that can be said about Ruby Violet is that it is basically an Ice Cream heaven. With delicious original flavors and shop-made toppings and sauces, Ruby Violet gives the sweet taste of ice cream a unique twist. There is also a Pudding Club on Friday and Saturday nights where you can enjoy a mini-baked Alaska or hot chocolate fondant.

Singburi is a beloved Thai restaurant known for its rotating menu of delicious and authentic noodles, curries, and seafood. Singburi is the perfect place to challenge your palette and try out something new like their delectable Kai Jeow which is a crispy omelet with oysters, can’t get more unique than this.

Best things to do:

You could spend an entire year in London and not run out of things to do and see in the gorgeous swinging city. But if you have limited time and need to fit as much as possible of London’s beauty in it, here are the best things to start with:

Built in 1066 by William the Conqueror, the Tower of London has an incomparable history as well as uncompromising beauty. Historically, the building of the Tower of London is known for being the site where Henry VIII ordered the execution of his two wives. Now, the Tower of London is famous as the home of the Crown Jewels and the world’s largest diamond, in addition to an incredible array of armor and weaponry, all coming together to deliver an undeniable sense of ancient history at every turn.

Whether you are a history buff or not, gothic Westminster Abbey is an iconic London landmark that just can’t be missed. Every coronation of an English monarch since 1066 took place in Westminster Abbey. The Abbey is also the final resting place of dozens of iconic figures in English history, such as Queen Elizabeth I, Elizabeth of York, Geoffery Chaucer, The Unknown Warrior, and many more. The Abbey also pays tribute to significant poets, artists, and writers, with a series of beautiful memorials.

Literally built to offer an incomparable view of London, London Eye is not your average Ferris wheel, it is known as an observation wheel, or some call it, the Millennium Wheel. It could be a bit on the costly side, however, the view from the top is positively stunning. So it will be money well-spent for sure.

Among the many historically significant buildings and landmarks in London, Shakespeare’s Globe theater is one of the richest. Although Shakespeare’s Globe Theater which we see today is a reconstruction of the original Globe Theater where most of William Shakespeare’s plays were staged and which burnt down in 1613, it wasn’t rebuilt far from the original site, with construction methods and materials that are as close to the original as possible. Seeing a play in this iconic theater would easily be one of the most humbling, retro, and inspiring experiences of your life.

Britain’s largest museum, the British Museum holds one of the largest artifacts collections in the world. Housing collections from different countries and regions of the world are arranged by location, you can basically take a roam around the history of our world going over incredibly significant places like Ancient Egypt, Asia, Africa, the Middle East, Greece, and Rome. Naturally, as big of a landmark as the British Museum gets extremely heavily crowded, especially on weekends, so try to go early on the day on weekdays for a less crowded experience.

As we mentioned earlier, the beauty of London can never fit in one vacation time whether you plan it or wing it, so make sure you plan a volume 2 of your London experience.

The Best 8 Honeymoon Destinations You Could Think Of