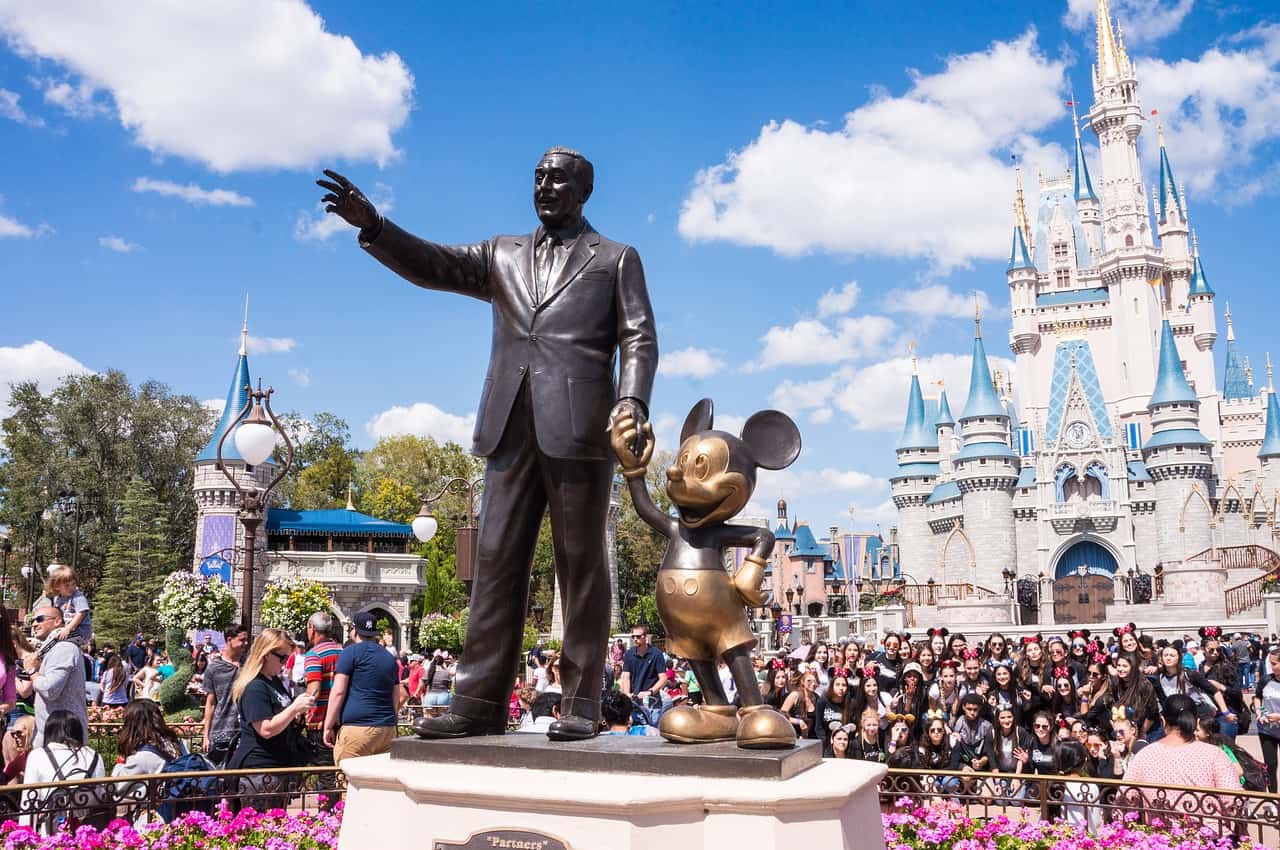 Traveling around the world is a whimsical experience that travelers add to their lives, making unforgettable memories. Today, we are not just taking you through the fascinating attractions scattered over the globe, but we’ll walk you through the enchanted world found within the theme parks of Disneyland.

Whether you have spent your childhood obsessing over Disney movies or not, we are sure you will have a great time in those enchanted parks. The best part is that there are 6 of them found in different countries around the world.

Being to one of the renowned resorts of Disney World is an experience we all longed for, or even still do. While the most famous resorts are known to be in the United States, there are others that you visit in Europe and Asia.

In this article, we are going to introduce you to the all the Disney Worlds that you can visit. You will also get to know the adventures you can have there along with the nearby attractions that you can visit, if you wish. So, let’s get started!

Commonly known as Walt Disney World or Disney World, it’s located in Florida and serves as a vast land of magical entertainment. It embraces more than a few theme parks that can bring about nostalgic sentiments to many visitors. Moreover, you may need a whole week to explore the whole resort, and the best part is there’s a multiple-day pass for that matter.

The Walt Disney World Resort is situated in Bay Lake and Lake Buena Vista. It has been around since 1965, offering ultimate entertainment and amusement. Since the resort is quite large, you will need a quick guide that breaks it down for you, and that is what we are here for.

The most well-known attractions in this theme park include Disney’s Magic Kingdom, Epcot, Hollywood Studios, and several Disney-themed water parks. Each of this places serve a different set of activities yet they are all equally leisurely amusing.

Starting with the oldest attraction, the Magic Kingdom has been open since 1971. It used to be a prominent landmark in Orlando back then. Spreading across vast landmass, you can enjoy your time by engaging in several activities, including riding the roller coasters.

On the other hand, Epcot takes on a rather more educational approach. It takes you on a fun ride over an artificial lake, introducing you to international artwork, short films, and much more. Disney World is also a place for adults who are more into the animated films of the 30s and 40s. The Hollywood Studios is a major theme park, featuring mesmerizing Disney-themed attractions.

Apparently, the United States is home to another enchanting Disney world, but this time, it is in California. It was previously known as Disneyland before the name was changed into Disney California Adventure Park. It may not be as large in size as that of Florida; however, it offers more than a few attractions, parks, and rides that make it stand out.

Located in Anaheim, this park is home to the best rides and attractions of the world of Disney. It’s a happy place that will spark nostalgic memories from your childhood years. Our foremost advice is to purchase a multiple-day ticket, for, unlike single-day tickets, are of the same price throughout the day. Plus, they give you more days to access the park and get to enjoy every part of it.

Your adventure in this Disney park starts at the Buena Vista Street. This area is inspired from the real street, under the same name, where Walt Disney began his business in the 20s. There are so many fun attractions inspired from movies that you can have fun in. Some of the best attractions you shouldn’t miss are the Toy Story Midway Mania, Mickey’s Fun Wheel, and Radiator Springs Racers.

If you think that most of the theme parks of Disney World were only in America and Europe, think again. Asia also happens to be home to the renowned theme parks of the magical world. Yet, the Asian ones are not as old as those found in the United States.

Rather known as Tokyo Disneyland, this huge theme park is located in Urayasu, Chiba Prefecture. It dates back to 1983 and is deemed the very first Disney park to take place outside the borders of the United States.

It pretty much resembles its counterpart in California. However, Tokyo DisneySea makes this theme park in particular stands out among all the Disney parks in the World. It is hugely popular among visitors, yet it caters to adults more than children. This theme park holds bizarre parades, not only that, but it is also inspired by ocean tales and mythology, making it even more interesting.

Located in Penny’s Bay in Lantau Island, Hong Kong Disneyland opened in September 2005 under the supervision of The Walt Disney Company. It has been officially operating since its opening, attracting visitors from all around the world. However, its operation, like many other places, was hugely impacted during the start of the pandemic. Luckily, it is operating normally now.

Like any other Disneyland around the world, you will get to meet some of the most popular Disney characters greeting you. You have 7 different theme parks to choose from and enjoy your adventure. These parks include Adventureland, Fantasyland, Tomorrowland. Toy Story Land, Main Street, Mystic Point, and Grizzly Gulch.

There are also several entertainment events and shows to attend. They vary depending on the time of the year when you visit, including Disney’s Haunted Halloween and A Sparkling Christmas. Since major holidays are celebrated in Hong Kong Disneyland, the Chinese New Year gets its own event as well. Integrating the culture of the country where the park is located is a staple in most of the Disney World theme parks.

Shanghai Disneyland Park sits in Chuansha New Town in Pudong, Shanghai. It is another theme park that is worth visiting during your visit to China. The park has been around since 2016, offering a plentiful of family activities that you and your children will enjoy. If you are traveling with your friends, you can still head to this beguiling Disney World and unleash your inner children.

Shanghai Disneyland Park is part of Shanghai Disney Resort. In term of size, it is not as big as The Walt Disney World Resort found in Orlando, Florida. However, it still features several theme parks that resemble those of Florida, including Fantasyland, Tomorrowland, and more.

This theme park offers adventurous rides, interactive attractions, and impressive shows. It gained popularity in no time upon its opening for featuring Tron Lightcycle Power Run and Pirates of the Caribbean. Those theme attractions have left many Disney fans going wild over them.

Lying just 32 km east of Paris is the renowned Disneyland Paris. This entertainment resort is located in Chessy, and used to be known as Euro Disneyland before it was changed. The park embraces two theme parks, Disney Nature Resorts, and other entertainment complexes. It is also the only Disney Theme Park in Europe since its opening in 1992.

Just like every other Disney theme park, Disneyland Paris offers a wide array of entertaining activities for both children and adults who would like to amuse their inner child. It also offers enthralling rides and interesting attractions to make your visit worth a while.

Disneyland Paris is deemed among the most visited attractions in France by tourists from all over the world. There are more than a few unmissable attractions that you should make sure you see before leaving. Such attractions include Pirates of the Caribbean, Space Mountain, Alice’s Curious Labyrinth, and Crush’s Coaster.

Unleash the child inside at these mesmerizing Disney Worlds around the globe and create unforgettable memories!

Best 15 Things to Do in Jamaica, Land of Reggae

Havana Nights: 10 Delightful Activities to Do to Immerse Yourself in the Cuban Culture