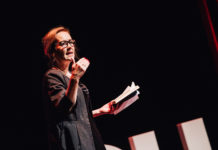 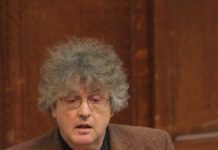 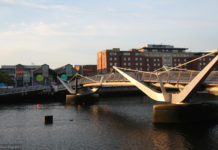 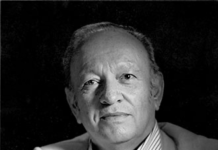 Ireland has a rich literary heritage. Writers’ Worlds have fascinated literature lovers and developed top attractions through the island. Steeped in history and cultural identity, Irish literature often features classic Celtic mythology and folklore, harking back to its ancient past, or realistic depictions of Irish life, especially the lives of the everyday working-class Irishman, and the religious and political struggles that have plagued the country for centuries. Key themes and motifs are small, tight-knit, communities, the island’s bloody history, patriotism and nationalism, with immense pride in their culture, the Great Famine, and often an urge to leave for other countries such as the United Kingdom mainland or the United States (the New World). Irish literature often has a melancholy but wise tone.

Those who visit Ireland, both north and south, have no shortage of literary attractions to indulge in.

Housed in an 18th-century house, the Dublin Writers Museum opened to the public in 1991. Featuring exhibition rooms, a library, a gallery, and lecture rooms, the Dublin Writers Museum was established with the hopes of promoting Irish literature and its Irish-born writers. Visitors are encouraged to experience Irish literature as both a historical and cultural phenomenon and a contemporary actuality.

The museum’s collection is made up of items that were important to or part of the lives of writers who have made a considerable contribution to Irish literature and wider international literature. It features items such as different collectable editions of Irish books, early manuscript drafts, and even personal intimate items, such as Samuel Beckett’s phone and personal letters from the likes of Bram Stoker and Brendan Behan. The museum also houses portraits of famous Irish writers, mostly painted by Irish artists.

The latest addition to Irish literary tourism, the Museum of Literature Ireland, otherwise known as MoLI, was opened in 2019 in the heart of Dublin. Wishing to create an alliance between the National Library of Ireland’s Joyce collections and University College Dublin’s most significant historic property, Newman House, the idea for the Museum of Literature Ireland came about in 2010 and was made a reality last year. According to Eamonn Ceannt, Chairman, Museum of Literature Ireland, ‘from the outset, MoLI inspired and elicited enthusiastic support and encouragement from across the literary spectrum, from donors, other institutions, designers and individuals, without which the MoLI team could not have brought the vision to life’.

Branded as the ‘new home for the world’s greatest storytellers’ MoLI has an extensive Irish literature collection, including ‘rare gems from the National Library of Ireland, including ‘Copy No. 1’ of Ulysses’. Alongside older items are contemporary exhibitions featuring modern films and artwork inspired by Irish literature.

The Yeats Society began in 1957 in tribute and memorial to W. B. Yeats, Irish poet – the first Irish writer to win the Nobel Peace Prize for Literature – a driving force of the Irish Literary Revival, and one of the 20th century’s principal literary figures. Yeats, although widely considered a Modernist, revelled in traditional form, was interested in both symbolism and realism, and was fascinated with the occult.

The Yeats Memorial Museum is the home of the Yeats Society Sligo, ‘which exists to support local community art and to promote the Yeats Heritage in Sligo’. The Yeats family have contributed to Irish literary culture in a way comparable to the Bronte Sisters.

According to their website, the ‘Yeats Society Sligo celebrates the enormous variety of work of the Yeats family; WB, Jack, Susan (Lily) and Elizabeth (Lolly). They were artists, writers, printers, dramatists who contributed to the cultural life of Ireland at the turn of the 19th century. All were inspired by the landscape and folklore of Sligo. WB, the first Irishman to win the Nobel Prize for Literature, in 1923, has endured across the years – and across the world. The Society runs a programme of literary events across the year and has been hosting the International Summer School since 1960, hosting visitors from across the globe

His hometown of Silgo provided much inspiration for his works, making it a must-see destination for Irish literature enthusiasts.

The Yeats Memorial Museum, situated in a beautiful former bank building built in the late Victorian era, features a variety of editions of Yeats’ work, including early draft manuscripts, his personal letters, and academic and critical material written about him.

The James Joyce Centre is situated in a restored 18th century Georgian house the north of Dublin’s inner city. Considered one of the most important authors of the 20th century and a significant example of modernist avant-garde style, Joyce was an Irish writer of novels and short stories, a poet, a teacher, and a literary critic. His best-known works are Ulysses (1922), influenced by the ancient Greek text Odyssey by Homer, A Portrait of the Artist as a Young Man (1919), Finnegan’s Wake (1939), and his collection of short stories The Dubliners (1914).

The James Joyce Centre is a celebration of Joyce’s life and his contribution to Irish literature. According to their website, The James Joyce Centre offers ‘walking tours, exhibitions, workshops and lectures for visitors with a casual interest and Joycean experts alike. See the door to the famous No 7 Eccles Street from “Ulysses”, a recreation of his living quarters in Paris, art exhibitions and more which bring the author and his works to life’.

One of the most popular permanent exhibitions is the Joyce & Ulysses exhibition, where ‘through interactive installations and three films, you may delve into the novel, its historical backdrop, its publishing controversies and learn more about Joyce’s life’. Their collection also the Joyce Study, a recreation of Joyce’s living situation whilst writing Ulysses in Trieste, Zurich and Paris from 1914 to 1922, furniture from Paul Leon’s apartment in Paris, where Joyce wrote a great deal of Finnegan’s Wake, and the door to the home of Leopold Bloom and his wife number 7 Eccles Street, which is widely considered one of the more famous addresses in literature.

Joyce enthusiasts can also visit the James Joyce Tower and Museum in Sandycove, only thirty minutes from the centre of Dublin. The tower itself is historic in its identity as a Martello tower, small defensive forts that were built across the coasts of British Empire during the 19th century, but it is most famous for being the setting in which Joyce chose to open Ulysses: “stately, plump Buck Mulligan came from the stairhead, bearing a bowl of lather on which a mirror and a razor lay crossed.” Inside the tower resides a collection of Joyce memorabilia.

Shaw’s Corner, otherwise known as the Shaw Birthplace Museum, was the residence of George Bernard Shaw, Irish playwright, critic, polemicist and political activist, for over 40 years. It is part of the National Trust and was restored to its original Victorian charm to become a Writer’s House museum. According to their website, ‘Shaw’s Corner was originally built as the New Rectory for Ayot St Lawrence by the Church of England in 1902. The house was designed very much in the Arts and Crafts style with stained glass windows and hearts cut into the banisters’.

Shaw lived at 33 Synge Street from 1906 until his death in 1950. According to Lester Walker, Shaw wrote most of his works in ‘a secluded, home-built revolving hut located at the bottom of his garden. The tiny structure of only 64 square feet (5.9 m2), was built on a central steel-pole frame with a circular track so that it could be rotated on its axis to follow the arc of the Sun’s light during the day’.

Shaw’s wife Charlotte died in 1943 and was cremated, as was Shaw upon his own death in 1950. Supposedly the pair had their ashes mixed and scattered around Shaw’s Corner.

Bram Stoker’s Dracula is a Gothic classic, one of the most enduringly popular pieces of literature ever written. The Bram Stoker’s Castle Dracula Experience is a unique combination of biography surrounding Stoker’s fascinating life in both his home of Clontarf in Dublin, where he briefly worked in Dublin Castle, and his wild adventures in London and across Europe with legendary theatre actor Sir Henry Irving.

The Castle Dracula Experience brings iconic characters from the novel to life, including the undead Count and the fiercely intelligent Abraham Van Helsing, in their comic show The World’s only Graveyard Theatre, and have countless items on exhibition, such as personal Stoker family photos, a lock of Stoker’s hair, a painting of his wife Florence painted by admirer Oscar Wilde, and different editions of his books and subsequent movies.

The Oscar Wilde House is where Wilde, renowned Irish playwright, literary critic, and poet, spent his seminal years. It was in this house that Wilde grew up and developed as a writer, gaining the skills and creativity that led him to become one of the most influential figures in literature. The house was restored to its glory in his memory and a statue of Wilde was placed across the street from his family home.

According to The Alex, ‘in 1994 the American College Dublin took possession of the building and thanks to a donation from Tina and William E. Flaherty and the City of New York, they undertook a series of restoration work under the guidance of Ellen Ross Sarafian, Curator of the Oscar Wilde House’.

For those who venture up north, CS Lewis Square awaits in Northern Ireland’s capital. CS Lewis was a British writer and theologian born in Belfast. He was a close friend of The Lord of the Rings (1954) writer J. R. R. Tolkien and is best known for his Christian allegorical work The Chronicles of Narnia (1950 – 1956).

This unique public space features sculptures of Lewis’s characters from The Lion, The Witch, and the Wardrobe (1950), including Aslan the Lion, the White Witch, and Mr Tumnus. Visitors can also follow the famous Chronicles of Narnia Trail! More information available here.

Discovering Ireland: A Guide to Castles in Antrim

0
There are many historic castles to visit in County Antrim, Northern Ireland. Here at ConnollyCove, we have created this guide to all the castles...
Read more
Northern Ireland

0
Glenariff Forest Park is found in county Antrim, Northern Ireland and is part of Glenariff glen itself. The whole place is 2928 acre and...
Read more
County Antrim

0
Fun In Lisburn At The Lego Day Lego isn't just for kids as even adults love to play with those things, so this Lego day...
Read more