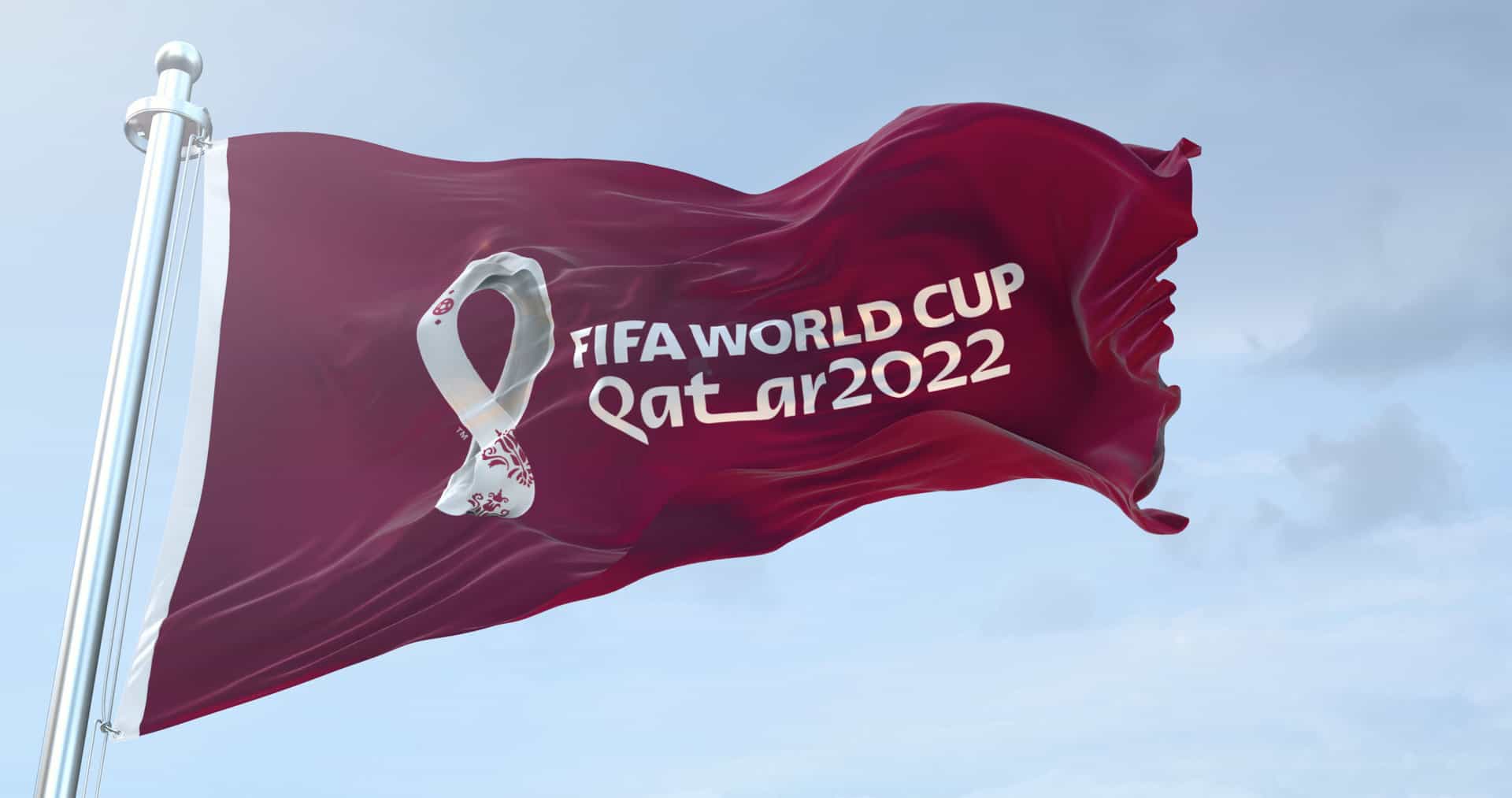 Plans were drawn up, and Qatar worked as the host country for the tournament. Thus, that contributed to accelerating the development process and achieving the country’s progress goals, leaving a lasting legacy for Qatar, the Middle East, Asia, and the world at large.

The stadiums, other sports facilities, and infrastructure projects that the Supreme Committee supervises in cooperation with its partners will contribute to hosting a close and interconnected tournament based on the concepts of sustainability and accessibility in a comprehensive way. After the tournament is over, the stadiums and the areas around them will become hubs of community life. This will be an important part of the legacy we are working to build for future generations.

Qatar is north of the Arabian Peninsula, stretching about 160 km from north to south and 80 km from east to west. Qatar shares borders with eastern Saudi Arabia and with the northwestern borderlands of the United Arab Emirates. Bahrain is also located 40 km northwest of Qatar.

It is mostly a flat, low desert, and dunes and salt flats are among the prominent topographic features in the southeastern parts of it, extending 560 km from the coast.

Doha is Qatar’s capital, located in the country’s central-eastern region along the Arabian Gulf. After Qatar got its independence in 1971, Doha was named the country’s official capital.

What is the Supreme Committee for Delivery & Legacy in Qatar?

An Emiri decree established the Supreme Committee for Delivery and Legacy in 2011 to implement infrastructure projects to host a great edition of the World Cup in 2022 on Qatari lands.

It is also creating the best possible environment for the World Cup in a manner that serves the comprehensive development of Qatar in both the short and long terms. In addition, it is building a great legacy that will extend across Qatari generations after the World Cup.

What are the Powers of the Qatar Supreme Committee for Delivery & Legacy?

Qatar is preparing to host the 2022 FIFA World Cup, organised by the International Football Association “FIFA,” for 29 days. Qatar expects this event to boost its economy by $17 billion.

The World Cup is expected to attract more than 1.7 million visitors to Doha, as there will be about 500,000 visitors in Qatar on the busiest day of the first World Cup to be held in the Middle East and the Arab region.

Qatar is fully prepared to receive the fans of the World Cup and was able to complete all these projects long before the start of the 2022 World Cup. It was also testing and operating them by hosting many tournaments, which confirmed its readiness to take out the tournament in the best way possible.

World Cup 2022 will be held from 20 November to 18 December in 8 stadiums designed according to the highest international standards.

Measures Taken by Qatar in Preparation for Receiving the Masses

Transportation During the World Cup

Qatar witnessed a remarkable improvement in the means of transportation before the beginning of the World Cup to provide comfort and ease for fans to reach stadiums and other places.

The organisers recommended that residents of Qatar use their cars to go to the stadiums and visitors use public transportation, the Doha Metro, and free public buses for match ticket holders.

1,180 signboards have been implemented to facilitate access to the stadiums and many facilities related to the World Cup. The authority’s Traffic Network Control Centre and the control room for the Qatar 2022 World Cup work together to keep an eye on road traffic.

Another wonderful thing was that 2,131 km of motorway-connected pedestrian and bicycle paths lead to all host stadiums, besides more than 16 bridges and five pedestrian tunnels.

Qatar Rail Company has completed its preparations to receive World Cup fans with the Doha Metro, which consists of three lines (red, gold, and green).

Fans will be able to go directly to five of the World Cup stadiums with the metro, while buses will take them to the other three.

The metro network includes 37 stations and a fleet of 110 trains and 18 trams operating at most hours of the day. The current 5-minute intervals between trains will be cut to 165 seconds, or between 2.5 and 3 minutes, during which a train will be present on all lines. This will allow the capacity of the three metro lines to be increased and doubled.

Holders of “Haya” cards (for entering Qatar during the World Cup) and “stadium tickets” will be able to travel on the metro and tram free of charge during the tournament from 10 November to 23 December.

The transportation company “Karwa” announced the operation of more than 2,300 buses operating throughout the day and distributed on more than 80 routes.

Corniche Street in the heart of the capital will be designated for pedestrians only, from 1 November to 19 December, in preparation for hosting various activities for the tournament fans.

Transportation services for people with disabilities will be available by all means, including taxis, buses, the Doha metro network, and designated car parks near stadiums and event venues.

Obtaining a Visa for the Qatar World Cup 2022

One of the essential steps in preparing for Qatar’s readiness to host the 2022 World Cup is the Cabinet’s approval of the Minister of Interior’s draught decision regarding entry features for hosting the 2022 World Cup, which is called “Haya.”

The Haya card is considered an entry visa to the World Cup qualifiers to encourage the teams to participate in the Qatar 2022 World Cup. This card also enables the holder to book accommodation in addition to many other advantages. It is mandatory for attending the 2022 World Cup matches and is compulsory for ticket holders outside and inside Qatar.

Qatar’s Readiness to Welcome Fans From All Over the World

The comfort of the fans who will come from all over the world to watch the World Cup games in Qatar is a top priority for the country. Therefore, various measures are taken to ensure that they have a positive experience.

Two luxury cruise ships will be at Doha Port during the World Cup, including 3,898 cabins, nine swimming pools, 45 bars, and ten gourmet dining options. Other amenities include a spa, tennis courts, and the world’s largest dry slide in the sea.

Ticket holders can purchase accommodations in the so-called fan villages. They are described as casual camping, cabin-style accommodations, costing $207 per night.

It is spread out on the outskirts of Doha, about 25 miles from the airport, and it offers a kettle, a fridge, and two water bottles daily. There will be several dining and entertainment options available on-site.

Qatar is working to provide approximately 100,000 to 130,000 rooms on all nights of the tournament, which lasts 29 days. Ticket holders can stay in apartments and villas with one to six bedrooms, and prices range from $84 to $875 per night.

The villas are fully equipped with kitchens, washing machines, swimming pools, and gyms and are easily accessible by public transportation.

Residence in Another Country

Some neighbouring countries of Qatar, including Saudi Arabia and the UAE, had announced granting multiple-entry tourist visas during the tournament to fans who obtained the World Cup “Haya” card.

There will be no baggage check facilities to speed up transfers, and dedicated shuttle services will be provided to transport fans from the airport to the stadiums.

What Does Qatar Hope for In the World Cup?

Qatar expects the event to add $17 billion to its economy. Other forecasts indicate that Qatar’s GDP growth will provide a $4 billion income opportunity from tourist spending in the Middle East.

The tourism industry has received a substantial boost from significant investments in transportation and urban facilities, such as Hamad International Airport and the construction of new hotels, resorts, supermarkets, and conference centres.

The World Cup will enhance Qatar’s position on the global tourism map, and the positive momentum of the tourism sector in Qatar appeared in the first half of 2022, as it remained a vital tourist destination in the region. FIFA estimates that about 3 billion people will watch the World Cup, and about 40 million people may seek to visit Qatar after the tournament ends.