Close X
Home/Asia - Things to do and see in Asia/FIFA World Cup Qatar, 2022: A Unique Tournament For the First Time in an Arab Country

FIFA World Cup Qatar, 2022: A Unique Tournament For the First Time in an Arab Country 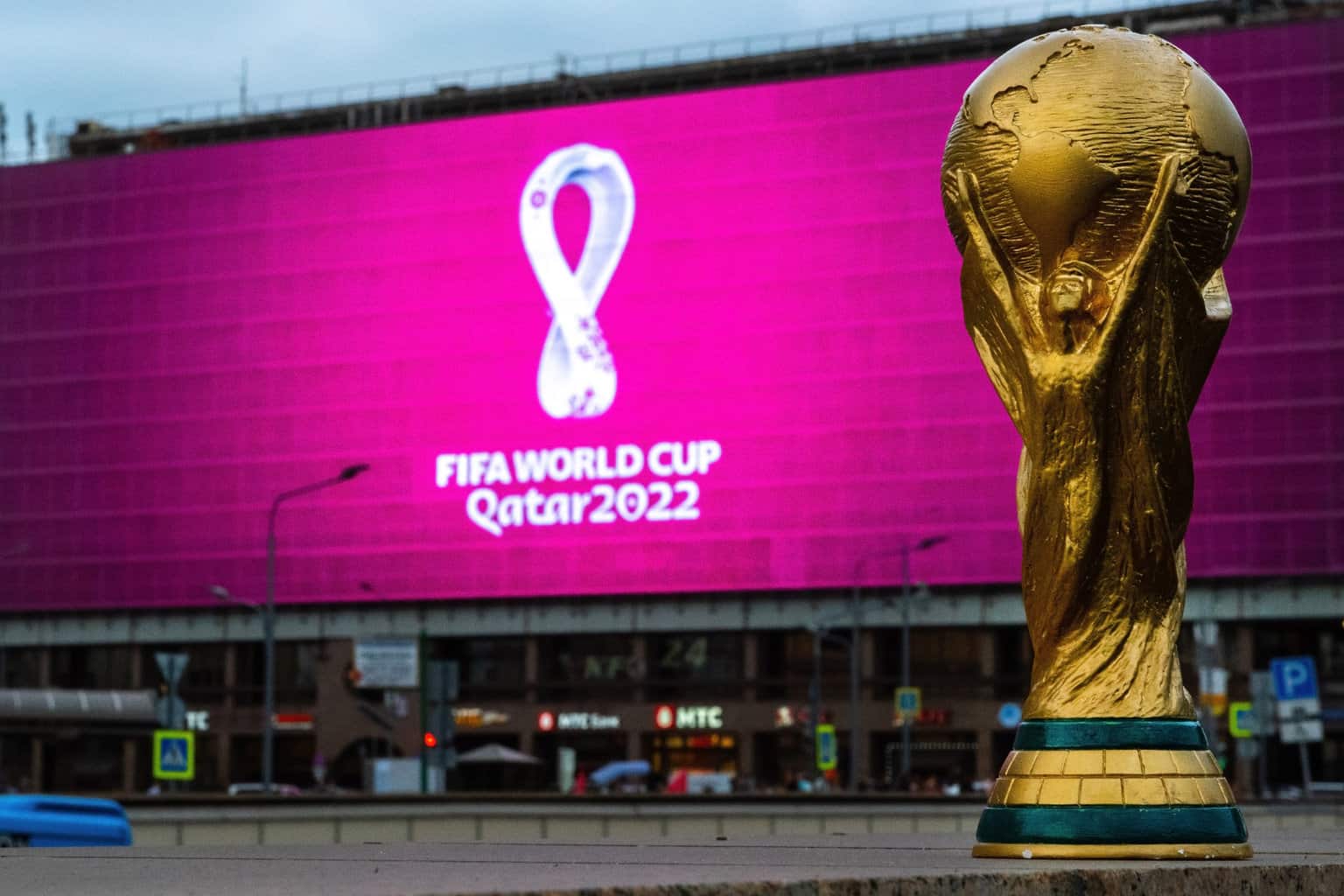 Qatar is set to host the most important sporting event in the world, the FIFA World Cup. Qatar is an independent emirate with an area of about 11,400 km2. Doha is the country’s capital, and it was a small village whose residents worked in pearling and fishing before the discovery of oil in 1949.

The State of Qatar is located in the southwest of the Asian continent, specifically in the east of the Arabian Peninsula. It overlooks the Arabian Gulf and shares borders with Saudi Arabia from the south, and it has maritime borders with the Emirates and Bahrain.

The Qatari government pays great attention to the sports sector, where football is ranked first in interest. In fact, the Qatari team has won many international tournaments.

The History of the World Cup

The FIFA World Cup is a football competition that has been held every four years since 1930 and is contested by FIFA member countries. Thirty-two teams participate in the World Cup, competing among themselves to win the significant title. The teams qualify for the tournament through the continental qualifiers.

Apart from the 1942 and 1946 editions, which World War II disrupted, the tournament has been held regularly since its inception every four years.

In the first tournament, there were 13 qualified teams, and this number expanded to 16 in the period between 1934 and 1978, with some exceptions. Since 1982, the number of seats has increased by eight, reaching 24.

In the 1998 World Cup in France, the teams reached 32. It is expected to change with an increase of 16 more seats, bringing the total number of candidates to 48 teams in the 2026 edition.

The First Team to Win the World Cup in History

The first edition of the most famous tournament in the world of football was held in Uruguay in 1930; there was no qualifier at all, and 13 teams participated: 7 from South America and 4 from Europe, Mexico, and the United States of America.

The final match was held at Montevideo Stadium in Uruguay in front of 68,000 fans between the host and Argentina, and the host won 4-2 to make Uruguay the first country to win the World Cup.

The Team with the Most World Cup Titles

Only eight countries have won the World Cup since its inception in 1930, led by Brazil, which has won it five times, the first in 1958, followed by 1962, 1970, 1994, and 2002. The second place goes to Italy and Germany, both of which have won four championships. Argentina and Uruguay won it twice, and England, France, and Spain won the tournament once.

Thirty-two teams from the world’s six continents compete for 28 days in honour of winning the championship title. In the first stage, the competitions begin with the group stage, which consists of 8 groups where four teams play in each group.

After that, the champion of each group and the runner-up qualify for the next round, which people call the knockout stage. In each following stage, the number of teams decreases by half until the final match. The participating teams are divided into four levels based on the FIFA World Ranking of teams and according to sports and geographical criteria.

When Qatar won the right to host the World Cup during the draw that was held in December 2010, it took advantage of its energy, financial, and human resources to obtain the best organization for the tournament, with tremendous and distinctive output. The Supreme Committee for Delivery & Legacy (SC) in Qatar is responsible for designing and constructing sports stadiums and ensuring the readiness of all their infrastructure projects.

This tournament will be the 22nd edition of the FIFA World Cup, and Qatar will be the 18th country to host it after:

Qatar will be the second Asian country to host the World Cup after Korea and Japan jointly did in 2002.

FIFA held a drawing ceremony for the World Cup at the Exhibition and Convention Centre in the Qatari capital, Doha, which resulted in the following groups:

The Stadiums that will Host the World Cup 2022 Matches

Qatar has built numerous stadiums to accommodate the World Cup matches. The stadiums were built with high engineering skills and creativity, and they have elements of Gulf culture and history. Eight stadiums include a great legacy to bear witness to the great efforts made.

Now we will get to know more about these stadiums.

This impressive sporting edifice is the international stadium of Qatar; it was officially opened for the first time in 1976, and its capacity at that time was 20,000 fans, but it had an infrastructure development in 2005.

There were many developments made in the stadium to make it the first stadium ready to host the World Cup matches, and that included changing the external facade in addition to adding about 12,000 seats to increase its capacity.

The stadium is located in Education City in the city of Al-Rayyan. It was designed and built by the Fenwick Iribarn Company. The stadium’s design was inspired by the history of Islamic architecture. You can drive or take the subway to get to the stadium.

The Legacy and Projects Committee paid special attention to the imported building materials, which contain recycled components and also include carbon dioxide sensors in areas with large crowds. The stadium is well-ventilated and has pure air. It also has a modern irrigation system that keeps the grass green without wasting water.

The idea for its design was inspired by the traditional hat that most men wear in Qatar, and it is the first World Cup stadium designed by Qatari hands. The stadium received the award for the best design for sports facilities under construction during the awards distribution of the 17th edition of the MIBIM award, making it the first stadium in the State of Qatar to receive this award.

Al Thumama Stadium is located 12 km south of the centre of the Qatar capital, Doha. The stadium was opened on 22 October 2021 with a match that brought Al-Sadd and Al-Rayyan clubs from the Qatar Emir Cup.

Ahmed Bin Ali Stadium is located in the Umm Al Afai area in Al Rayyan, west of Doha. It was opened at the end of the Emir of Qatar Cup in 2003. The stadium currently has a capacity of 25,000 spectators and is used by the Al Rayyan Club.

The Danish company Ramboll was in charge of building the stadium. During construction, Ramboll wanted the stadium to look like sand dunes to highlight the desert element that characterises the western region of Qatar.

Al Janoub Stadium is one of the first stadiums to be fully built for the World Cup, as it was officially opened in May 2019 with the Emir Cup final. It is a multi-use stadium located in the city of Al-Wakra. It was designed by Iraqi designer Zaha Hadid, with a capacity of 40,000 spectators.

The stadium will host the championship matches until the quarter-finals. As it is known that the climate of the Gulf state is very hot, so the supervising committee has worked on developing the stadium by equipping it with advanced cooling technology.

The stadium is named after the number of shipping containers used in its construction and the international calling code for Qatar. It is located in Doha, and it has a capacity of 40,000 spectators. Stadium 974 was opened on 30 November 2021.

New technology will be used to cool the 974 Stadium using solar energy from the canopies above the stadium. This will leave no carbon footprint. The stadium will host seven matches during the World Cup, from the group stage to the knockout stage.

Al Bait Stadium is located in the city of Al Khor with a capacity of 60,000 spectators, and it was opened during the 2021 Arab Cup. This stadium also embodies the originality and nobility of ancient Arab traditions, as it resembles the tent house, which was the most crucial station in the Arabs’ lives in the past.

The stadium is considered the largest in the World Cup in terms of capacity, as it can accommodate about 80,000 fans. The stadium is also scheduled to host ten matches during the tournament, and it was built to host the opening and closing matches of the 2022 World Cup.