Explore the 7 Wonders of Kuala Lumpur 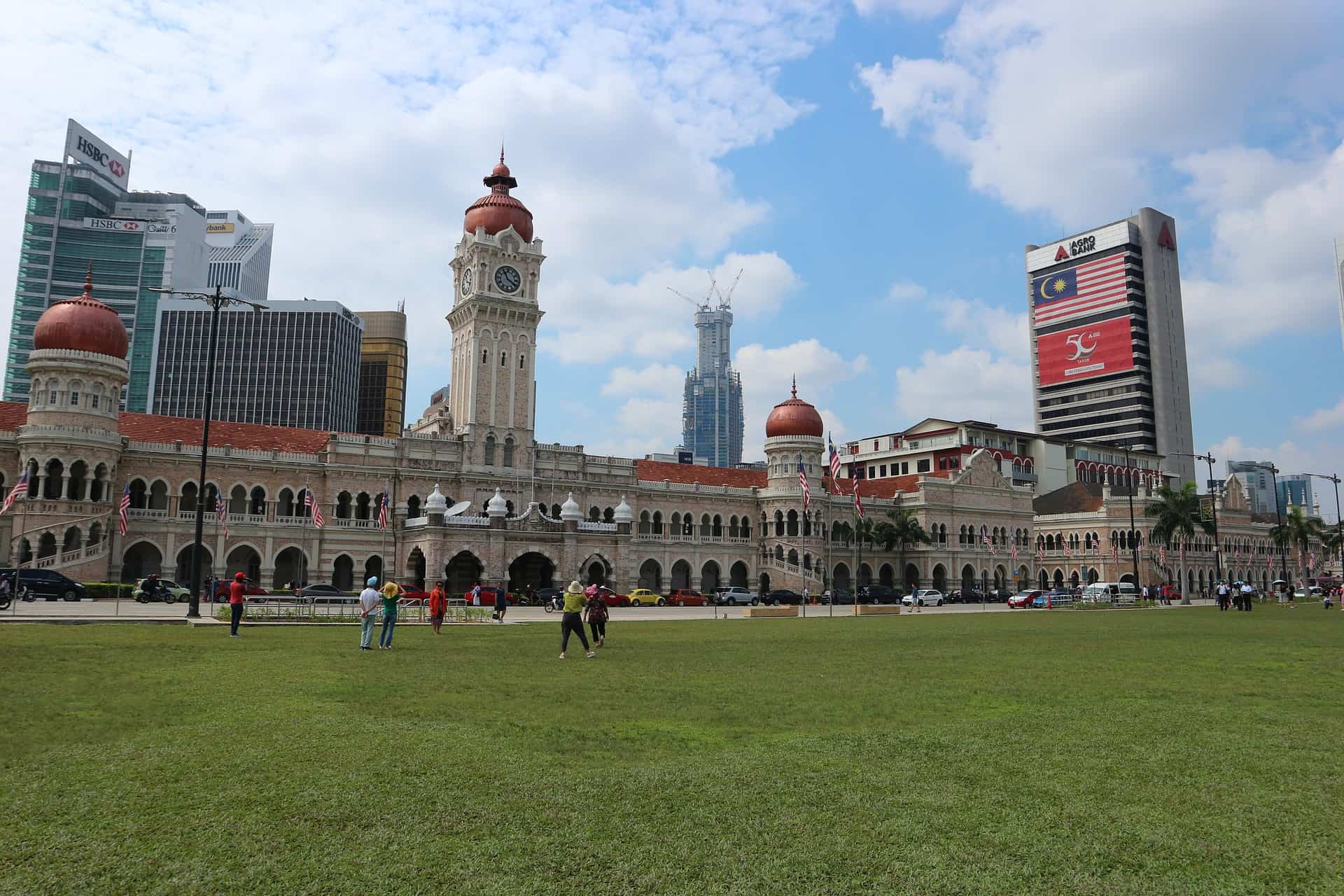 Kuala Lumpur is one of the top 10 most visited cities in the world. It is the largest urban area and the centre of culture, commerce, and transportation in Malaysia. It also has seven impressive wonders that you should visit when you are in Malaysia. Let’s explore the seven wonders of Kuala Lumpur in this article.

The 7 Wonders of Kuala Lumpur

Masjid Negara is the National Mosque of Malaysia. It is one of the seven wonders of Kuala Lumpur. It has quite an enormous prayer hall that accommodates 15000 worshippers at once, along with a sumptuously decorated ceiling. This iconic mosque overlooks the old railway station. Built in the sixties, it symbolizes the independence of Malaysia.

The National Mosque has an Islamic-style architecture. It features an imposing 73-metre-high minaret and a 16-point star-shaped blue concrete roof. The mosque is surrounded by palm trees and water features, such as fountains and white marble pools.

Among the seven wonders of Kuala Lumpur that you must see is the National Palace or Istana Negara. It was used to be the official residence of Malaysia’s former kings. In 2011, another palace was erected and Istana Negara became a royal museum. You can find royal guards with modern and traditional uniforms at the gate.

The palace with its Islamic-style architecture overlooks the Klang River. With several bright yellow domes, it is built on a slope and surrounded by a geometrically designed garden. Snoop around some of the palace’s different rooms. Additionally, learn about the royal points of interest.

Tugu Negara or the National Monument is one of the seven wonders of Kuala Lumpur. It is a magnificent standing bronze sculpture. This sculpture commemorates the Malaysian freedom fighters who sacrificed their lives to gain Malaysia’s independence during World War II.

Around 11 kilometres away from the city centre, in the suburb of Selangor, there are limestone cliffs that house caves and temples called Batu Caves. These caves are among the seven wonders of Kuala Lumpur. Meaning “rock,” the name of the caves was taken from the Malay word “Batu.”

Visiting the 400-million-year-old temple is one of the top free things to do in Kuala Lumpur. Before you enter, you will find a 43-meter-high golden statue of Murugan, the Hindu god of war, welcoming the visitors.

Batu Caves has also three main caves, several small ones, and carved cave temples. The largest 91-meter-high cave is called the Cathedral or Temple Cave. It houses a Hindu temple with statues and shrines. You can see rock formations illuminated by the sunlight coming through the ceiling. Entering the cave and the temple is free.

To reach the stalactite formations in the temple cave, climb 272 brightly coloured steps of a stone staircase. Up the stairs, there are also monkeys, bats, and pigeons. Enjoy the stunning view of the skyline of the city centre. If you are a rock climbing enthusiast, there are over 160 rock-climbing routes in Batu Caves.

The second-largest cave is the Dark Cave. When you climb the colourful stairs, you will find it on your right-hand side. There are entrance fees to enter the second and the third caves. Unfortunately, the second cave is temporarily closed now.

Also known as the Temple of the Goddess of Heaven, Thean Hou Temple is one of the seven wonders of Kuala Lumpur. It is a six-tiered Chinese temple with a combination of contemporary and traditional styles of architecture.

This landmark has an impressive multi-arched gateway with red pillars, intricate carvings, and splendid roofs. Additionally, it has decorated ceilings painted in gold and red and decorative pieces of Buddhism, Confucian, and Tao. Gift shops are found on the first level of the temple.

One of the seven wonders of Kuala Lumpur and one of its top tourist attractions is the Royal Selangor Visitor Centre. It is the world’s largest pewter factory and retailer. The Visitor Centre shows the history of the factory and the products of Royal Selangor. Its museum exhibits historical photographs, samples of their work, and more.

If you are 15 years old or more, visiting Royal Selangor is one of the best things to do in Kuala Lumpur. The admission and the guided tour are free. Create your pewter accessory from scratch and take it home with you after polishing and decorating it. You can pick a design from a variety of selections or create your unique masterpiece.

A significant landmark in the colonial district is Dataran Merdeka or Merdeka (Independence) Square. It is special to all Malaysians since it is the place where the first Malaysian flag was raised on August 31, 1975. It has a 100-metre-high flagpole which is one of the tallest of its kind in the world.

The square is an open park square surrounded by many historical colonial buildings. You have various fun activities to do in this park, even with your kids. Try passing through the wonderful water curtain, called “The 2020 Countdown Clock.” You can also relax and enjoy the majestic views. The National Day Parade, rallies, and public events are held in this massive park.

In the old Colonial District, you will also see Kuala Lumpur City Gallery with the iconic “I ♥ KL” structure. Through miniature models, the gallery recounts the story of Kuala Lumpur’s past, present, and future. Appreciate the sophisticated wooden miniature buildings, monuments, and decorations.

You can get a free copy of the Kuala Lumpur Walks and Tours map and learn about the old city. Relax in the sitting area and try the traditional Malaysian cuisine at the ARCH Café. Do not forget to buy souvenirs to remind you of this wonderful vacation and to give to your friends when you are back home.

Masjid Jamek or Jamek Mosque is one of the oldest mosques in Malaysia. It is officially known as Sultan Abdul Samad Jamek Mosque. This imposing landmark was built where the Klang River meets the Gombak River. This adds tranquillity and charm to the place.

The mosque has a beautiful design of its interior and exterior. Having a blend of Islamic and Moorish styles of architecture, Masjid Jamek has a bright white colour, three domes and symmetrically minarets.

Inspired by the Moorish and the Islamic architectural styles, the iconic Sultan Abdul Samad Building was named after Sultan Abdul Samad who ruled Kuala Lumpur and Selangor. It was the first administrative centre for the Malaysian government.

The building has arched gates, grand columns, a magnificent beige facade, domes, a royal-taste interior, and a 40-metre-high copper clock tower. In the New Year and the National Day countdown celebrations, the people gather in front of the clock tower in the Sultan Abdul Samad Building.

The National Textile Museum is another Moorish-style building in the old Colonial District of Kuala Lumpur. It is also near the Sultan Abdul Samad Building. In the museum, there are four exhibits with a wide range of collections of traditional costumes, jewellery, and batik. Admission is free.

Another attraction in the Colonial District is Medan Pasar Clock Tower or the Old Market Clock Tower. It is an Art Deco tower that completely revolutionised the design of that time. Enjoy the soaring lines of the clock tower and the sun-ray decoration on the wooden panelling around its base.

Near the clock tower, there is a glamorous Victorian fountain. It is a multi-tiered art nouveau fountain that is one of the last traces of the British Colonial era in Malaysia. Additionally, there are three-storey shophouses near the clock tower. They have a wonderful combination of Art Deco, Neo-classical, and Utilitarian architectural styles.

St. Mary’s Cathedral or the Cathedral of St. Mary the Virgin is another landmark in the Colonial District. It is one of the oldest churches in Malaysia. With its bright brown and white coloured exterior, this impressive building has an Early English Gothic architectural style.

The Oriental Building is an eye-catching colonial-era landmark in the old Colonial District. With a grey curved facade, the building has a fascinating art deco style of architecture. When it was built, it was the tallest building in Kuala Lumpur.

The old Kuala Lumpur Railway Station has a Moorish-Mughal-style of architecture. It is a building with slender minarets and white-bulbous-dome-capped towers.

With its vivid colour and impressive facade, Taman Budaya Kuala Lumpur is in the old Colonial District, too. It is well-known because it was the first site of Victoria Institution and part of a school complex.

Best Things To Do In Rhone-Alpes: The Perfect Vacation Destination!

Malta: 13 Things to do in the Gorgeous Island