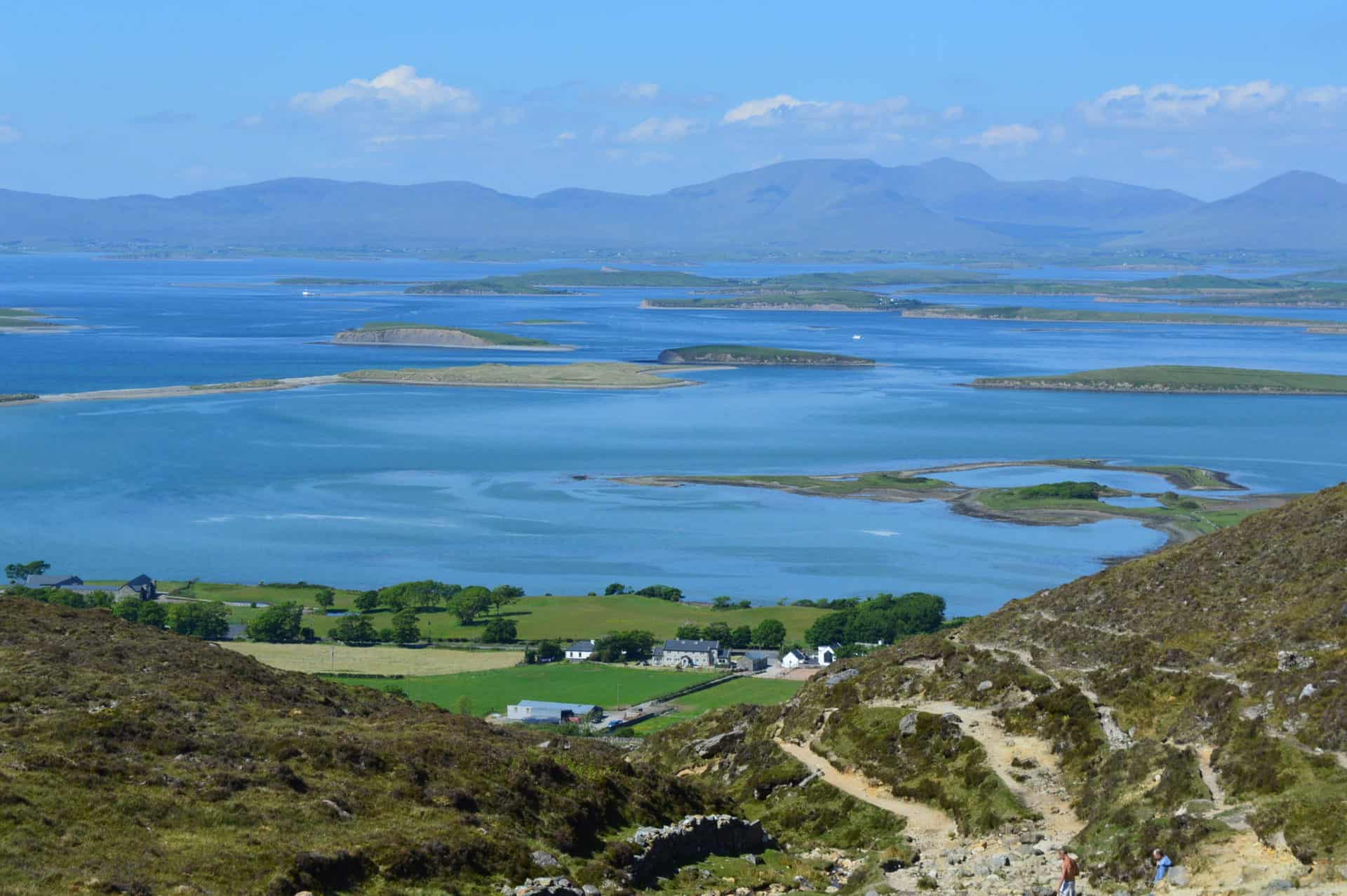 When people think of visiting Ireland, they usually decide to travel to its capital, Dublin. But it is mostly in the smaller towns that people will experience the warmth of Irish culture and heritage. One such small town is Westport in County Mayo, which has also been incidentally been voted as the best places to live in Ireland.

The ever vibrant and lively Westport (even amidst the winter season) is located on Ireland’s west coast and is considered County Mayo’s nightlife hub and its central location make it even more convenient and enjoyable to tour around and explore. The town was built and designed in Georgian Style with tree-lined streets, riverside walkways and overall great vibes. There’s plenty to see and do around Westport and we’re here to guide you around it.

What to Do in Westport

Walking by The Carrowbeg River

Westport has whatever it takes to make it look aesthetically pleasing. The streets are perfectly designed; the shops, cafes, and pubs are colourfully dotted and delightful.

As you’re walking near the centre of town, you will definitely notice the gentle Carrowbeg River that cuts through it with stunning bridges on top of the river with plants and flowers to decorate them. The banks of the river are called The Mall and there are benches everywhere to sit and enjoy the Westport scenery.

No trip to Westport and to Mayo would be complete without a visit to Achill Island. The island was first inhabited almost 5,000 years ago and it is the largest of all islands off the coast of Ireland and can be accessed by a bridge. It’s only one hour away from the centre of Westport.

The island offers spectacular views from the top and rewards its visitors with equally spectacular beaches, Keem Bay and Keel Beach are among them and perhaps the most popular and most astonishing.

Achill Island is most certainly a paradise for lovers of outdoor pursuits and water sports of all types. Popular water sports on Achill Island include swimming, windsurfing, surfing, kite surfing, kayaking and canoeing. Moreover, Achill Island also has Europe’s third-highest sea cliffs on the northern slope of Croaghaun Mountain. Just another thing to gaze at.

To add to its awesomeness, County Mayo organises The Achill Seafood Festival. The festival is held in mid-summer around July and offers the best delicious gourmet seafood in Ireland with plenty of restaurants and pubs participating.

Keem Bay is one of the most picturesque bays in Ireland. It is where the postcards photos from Achill Island come from. It is accessible by road over a steeping clifftop route on the side of Croaghaun Mountain. Keem Bay is almost uninhabited (the only building there is a former coastguard station) and it’s a very peaceful retreat in essence, and you will feel as if you were transferred to some exotic country.

Keem Bay is very popular for water sports and there are surfing schools in the local area. The beach is lifeguarded during the bathing season and more information can be found on the notice boards located at the beach.

The bay has a strong connection with fishing. It was the location for much of Achill’s shark fishing industry during the 1950s and 1960s. At that time the basking shark was a frequent visitor to the waters around Keem Bay, and it was hunted for its liver oil. Much of this fishing took place in currachs, the traditional canvas-covered wooden vessels of the west of Ireland.

Marked as “the loveliest historic house in Ireland”, Westport House is the city’s biggest tourist attraction. The House is a combination of a heritage home museum, amusement park, campground, and train ride rolled into one. It dates back to the 18th century, and it is privately owned and operated by Jeremy Browne (The 11th Marquess of Sligo) and his family, who are direct descendants of Grace O’ Malley, the famous 16th-century pirate queen.

What’s really breathtaking about Westport House is the beauty in the simplicity of the architecture. There is a lawn that surrounds this Georgian mansion and there’s also a lake on the other side. If you walk along the lake and look back, you will see a full reflection of Westport House in the water.

It still contains dungeons reputed to have belonged to Grace O’Malley. But history hasn’t encompassed it in — the estate continues to evolve, offering camping, a pirate adventure park and adventure activities like zorbing.

Getting into the Atlantic at Old Head

Old Head is a fascinating small beach 16 kilometres west of Westport on the Louisburgh Road. It has a little something for everyone: a vast area of sand, rock pools to explore, a nearby ice cream shop and incredible views of Croagh Patrick. And it’s a tasty spot for budding snorkelers too.

Old Head represents the rapid and perpetual development of Atlantic oakwood and is one of the only sites that are actually on the coast.

If you enjoy seafood then be sure that you’re going to have a fairly good time at Westport for it being a coastal town. Mark your food interests around fresh mussels, hake fish, Dexter beef, soda bread and traditional Irish seafood chowder.

It’s true that Westport hasn’t quite hit the heights of Kinsale or Dingle when it comes to food, if you know where to eat then you’re in for a treat. An award-winning restaurant like An Port Mór and Knockranny House Hotel are sound bets for an evening out, and the Westport Food Festival is a cracker.

Who would’ve thought that a 42km cycling trail linking Westport and Achill along the route of an old railway route would be one of the great success stories of 21st-century Irish tourism? Who would’ve thought that a simple, off-road cycling and the walking trail would prove so popular with visitors, inspire a gourmet food trail spin-off, and provide the model for fledgeling greenways all over the country?

A very old and unused train line going from Westport to Achill Island has been converted into the Great Western Greenway — an incredible cycling path leading through some of Ireland’s most ruggedly beautiful countryside. You will pass by coastline, mountains, bogs, rivers, and villages once you hit the road on this very well-planned cycle path.

The trail is impressive. There are a few small stretches on road, otherwise, the vast majority is off-road and in some parts you really feel away from everything. You don’t have to make an as much physical effort as walking but you get to enjoy literally all its benefits. Besides, it keeps you fit.

Cycling is an important part of Westport’s culture and is encouraged. The town is small enough so it is very easy to cover it by cycling around. You can rent a bicycle from the Clew Bay Bike Hire, which is in the main town. It’s a very enjoyable experience.

Going on top of Croagh Patrick

Ireland’s Holiest Mountain sits on the south side of clew bay. Worth noting that the summit of the mountain offers tremendous panoramic views of the landscape of County Mayo. The hike is just under half a kilometre and on average takes about 2 hours to climb up and one and a half hours to descend.

When it comes to the pub at the foot of the reek, fitness to climb the mountain is irrelevant. Whether you stop in for a pint and a chat with the pilgrims, or a cup of tea or hot chocolate while browsing cabinets laid out like shrines to a bygone Ireland (check the rosary beads, Infants of Prague and photos of JFK and Jackie), it’s a beautiful little burst of atmosphere. The nearby Murrisk Tavern is a better food bet, mind you.

Sightseeing at Clew Bay and Kayaking

Another fun thing to do at Westport is going sea kayaking in Clew Bay. Clew Bay has 365 islands (!) and paddling among them with the fascinating backdrop of Croagh Patrick is an experience you must-have whether you are into kayaking or not. You can rent a kayak at Clew Bay Bike Hire and be sure that there isn’t a more serene way to spend a few hours in Westport.

Clew Bay itself is one of the most gorgeous bays on the whole west coast of Ireland. The bay is surrounded by dominant mountains on both sides, which is full of small islands called “Drumlins”. These Drumlins were created as glaciers from the last ice age 10,000 years ago melted and retreated, leaving small sand and shale islands. If you’ve ever wanted to own your own Island then this could be a good place to look, John Lennon even owned one in the 1970s.

Westport is ideally located and situated for those who want to explore the gems and wonders of Ireland’s west side. There are so many sights and places of interest in the surrounds that it would be impossible not to witness them while going through the alluring streets of the city.

More blogs that may interest you: