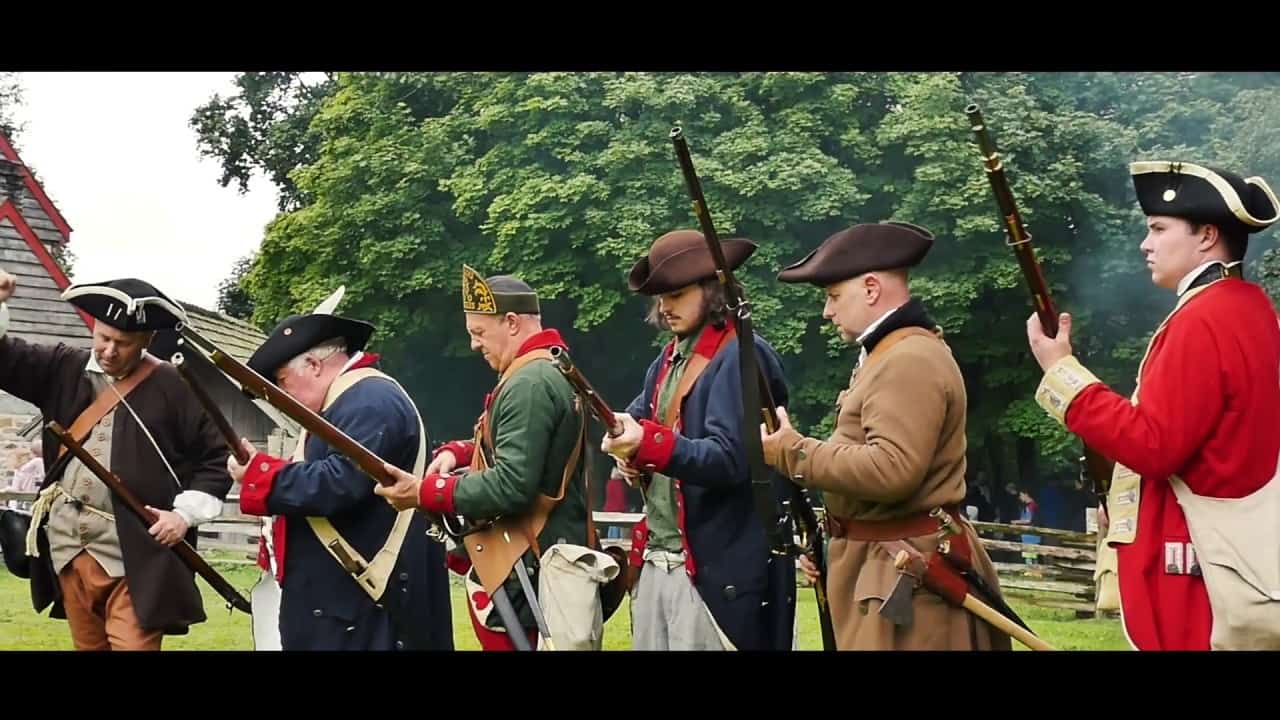 On 4th of July, they celebrate independence day at the Ulster American Folk Park Omagh, County Tyrone. At this museum, you get the chance to celebrate all things American from the 18th and 19th centuries.

Ever wondered how the Irish were able to sail the seas all the way over to the Americas? Now you can see it for yourself! The Ulster American Folk Park is a park that was built in in County Tyrone, Northern Ireland to bring the story of the Irish Immigrants who left for America to start new lives. The stories you hear will give you an insight into how they were able to get used to the changes of new County. As well with showing the public the different crafts, they used to make.

The Folk Park grew up around the restored boyhood home of Judge Thomas Mellon (founder of the Pittsburgh banking dynasty). The Park’s permanent exhibition, called “Emigrants”, examines why two million people left Ulster for America during the 18th and 19th centuries. It also shows what became of them, following stories of both those who did well and those who did not make it, including the grim lives of indentured servants and the 15,000 Irish vagrants and convicts transported to North America in the mid-18th century. The museum is part of National Museums Northern Ireland.

What’s really unique about The Folk Park is that it provides a living history experience with historic buildings transported from all over Ulster, expertly reconstructed and authentically furnished, while demonstrators in period costumes go about their everyday tasks, illustrating what life was like in Ulster centuries ago. There are around 30 exhibits in total, recreating the old world of Ulster and the new world of the US in the 18th and 19th Centuries from rustic Cottages, homesteads and a typical Ulster Street to a Pennsylvania Log House brought from Greene County and an American Street based on 19th Century Boston with a replica First Mellon Bank.

Moreover, The Ship and Dockside Gallery features a full-size reconstruction of an early 19th-century sailing ship of the type which carried thousands of emigrants across the Atlantic Ocean. The Museum also includes a Centre for Migration Studies which is accessible to all visitors if they wish to find further information on the history of emigration and the place of their families in it.

One of the most interesting buildings is the Campbell House. Originally standing at Aghalane to the west of Plumbridge in the Glenelly Valley, this substantial farmhouse was reconstructed in the Ulster-American Folk Park following its acquisition in 1985. It is of two storeys and six bays, with a thatched roof, and was clearly the home of a relatively prosperous farming family. An inscribed stone built into the front wall of the house states that it was built by Hugh Campbell in 1786.

During the 4th of July celebrations at Ulster American Folk Park, we walked through the ‘fake’ streets found here along with many shops that represented what American life looked like in that century. Entering the shops we found sellers dressed in custom-made clothes that give you the feeling that you had travelled back in time. We also checked out the amazing horse-drawn carts and got the opportunity to see some old fashion crafts being made.

You and the kids can immerse yourselves in the world famous story of Irish emigration at this dedicated museum that brings the story back to life. Although this is only held once a year on the 4th of July, the American Folk Park is worth visiting all year round for different events and activities. The museum holds vast collections of vintage agricultural and domestic equipment, plus textiles and transport. There are also snippets of old photos of pioneers to the area, some of which were tragically taken as they embarked on their voyage to their new home on board The Titanic. Plenty to see, do and learn about for all ages of curious kids. As much of the Museum is in a large open-air site, it is recommended that sensible shoes and weather suitable clothing be worn. There’s also a family suitable restaurant and even accommodation on site.

Have you ever visited this museum? We would love to hear your stories 🙂