Close X
Home/European Region/Toulon: 12 Magnificent Things to do in The Coastal City

Toulon: 12 Magnificent Things to do in The Coastal City 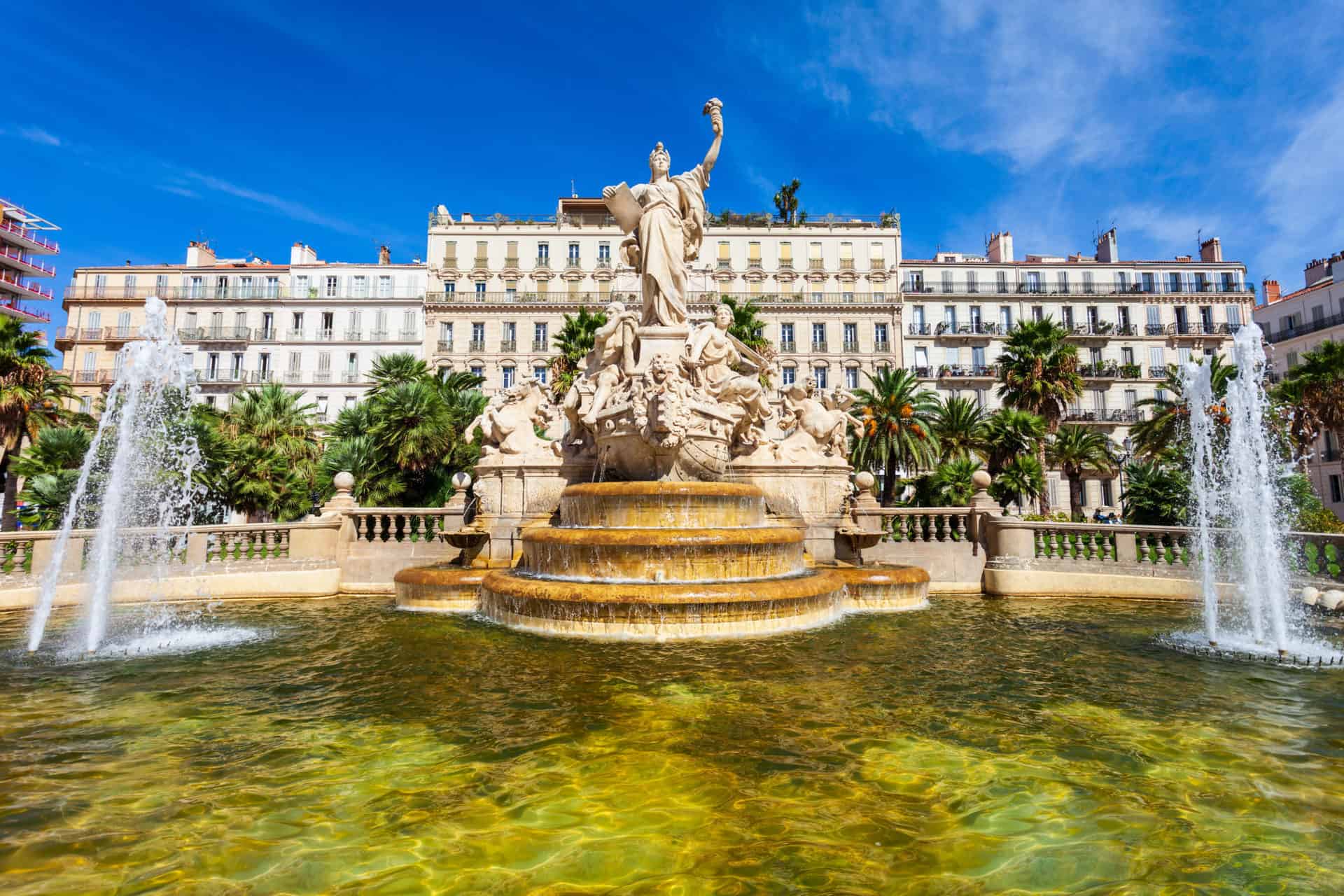 Toulon is located southeast of France on the Mediterranean Sea, it is considered the main naval base of France and contains large yards for building ships. Toulon’s naval arsenal was founded by King Henry IV, but before that in the Romans era, it was a naval signal station on its shore.

In 1815, the city became more important and its port was the starting point of the French military campaigns in the 19th century. In the 20th century, Toulon became the most powerful naval port in France and it was a center for Allied naval forces in the Mediterranean during World War I. The city is also the home of the famous French aircraft carrier Charles de Gaulle and its battle group.

Toulon is one of the most important historical and tourism cities in France, which is visited by many tourists from all over the world and it is the fourth-largest city after Marseille, Nice, and Montpellier.

Things to do in Toulon

Toulon is one of the most beautiful coastal cities in France on the Mediterranean Sea, with its magnificent historical buildings, museum, and port and you will love spending time there. So now let us start our tour in Toulon to get to know more about it and things you can do there while your visit to the city.

The Port of Toulon is considered one of the most important harbors in the Mediterranean Sea, and a major center for the French navy since the 15th century. In this port, all its visitors are keen to take a tour and all you have to do is go to the port and ride the ferry that will take you on a trip through the old military port, and visit the landmarks surrounding the port.

The most important place there is Vauban’s military fortifications dating back to the 17th century, which is still in use by the French army until today, and the historic Arsenal Gate which dates back to 1738.

Freedom Square is the main square in Toulon city and the center of transport. One of the most important landmarks in the square is the Grand Hotel, which is located on the northern side of the square; it was built in 1870 and it was the headquarters of the occupation army during World War ll.

Among the square’s landmarks is the marble fountain that adorns the middle of the square, dating back to 1890 which you can take souvenir photos of. And you can take a walk on foot and enjoy a cup of French coffee in one of the cafes in this square.

Mount Faron is one of the most important destinations in Toulon, it is 548 meters high and you can reach it by foot, car, or even a cable car. If you want to walk it will take you about 40 minutes from Freedom Square and going through the Lices Park and you will meet with steep footpaths till you reach the top.

If you are going by car then take the Corniche of Mont Faron Road, while driving you will see a gorgeous view of the sea and the sunset. The cable car is the best transportation to Mount Faron, while riding you will see a spectacular view of the Bay of Toulon. You can also enjoy the picnic area there, restaurants and the footpaths for walking or even hiking.

Toulon Opera House was built in 1862, it was designed by the architect Charles Garnier who designed the opera house in Paris. Many artists participated in the decoration of the opera house, the southern façade is decorated with statues of tragedy and comedy and that was sculpted by Joseph Daumas and the northern façade describes the Muses by Montagne.

The interior design of the opera house is mixed with lavish red and gold Napoleon III style and when you enter there you will see some beautiful paintings, chandeliers, and bronzed loge seating. In the hall, you will see some paintings of music and dance and also you can attend a lovely event and music festivals in the theatre which is decorated with a Baroque style.

The Cathedral of Saint Marie de la Seds was built in the 11th century, the original church was boosted in the 17th century by adding a classical façade with Baroque details. There you will see the bell tower which was built in the 18th century and contains a unique bell and ringing contraption crafted from wrought iron. The interior design is mixed with a sense of Gothic style.

The Allied Landings Museum is located on the top of Mount Faron, it contains many collections of artifacts, weapons, uniforms, documentation, and many other things that are related to the Allied Forces from August 1944. At the top, you will find a telescope that gives you a beautiful view of the city and the port.

The Old Town is one of the perfect places that you can visit, you will love walking in its narrow cobblestone streets and enjoying its beautiful fountains. One of the famous things there is the Caryatides sculptures at the entrance of the Hotel de Ville and they were designed by Pierre Puget.

On the west side of the Old Town, you will see the Fountain of Three Dolphins. Also, you will be able to see the old fishing village which is known for its narrow lanes and the fishermen’s houses painted in beautiful colors. There are also many boutiques, restaurants and lovely sandy beaches with many activities to do there which makes it a perfect place for families and friends.

The Naval Museum is located on the harbor of Toulon, it shows the history of Toulon’s military port and it contains many collections of paintings, drawings and there you can know more about the development of artillery.

When you enter the Naval Museum you will see antique model ships, old maps and one of the prized properties is Le Louis XV which is a model of an 18th-century ship that was created to house the French Royal Navy.

Porquerolles Island is the largest in a group of islands called the Golden Island in the Mediterranean Sea, it is about an hour with a ferry from the port of Toulon and it is a perfect place for relaxing.

When you visit the island you will see protected coves and tiny beaches and the weather there is beautiful all year long. Also, Porquerolles Island is the perfect place to do many activities such as snorkeling and hiking. It is also a great place for nature lovers and you will love walking and discovering the island and all the beauty that surrounds you.

The Art Museum in Toulon has many wonderful paintings from the 15th century until now, you will find many lovely paintings inside there and one of the most famous painters at that time is the maritime painter Vincent Courdouan and his works showed many things about Toulon’s harbor in the 19th century.

The Mourillon Beaches are just located east of the harbor, there are 4 neighboring sandy beaches and they are horseshoe-shaped bays. There you will find many cafes and restaurants to spend a good time at.

If you visit the Mourillon beaches in summer you will see fireworks displays from Fort Saint Louis and in August there are aerobatic shows held there by the French Air Force Team.

The Classical Music Festival is a gorgeous music festival that takes place in many different places in Toulon, it runs most of the year and it starts from August passing through winter and until June.

The festival takes place in many historical buildings like Toulon Opera House, Cathedral of Saint Marie de la Seds, Verdure Theater of Faron, and many other buildings. The Classical Musical Festival started in 1951, it offers some beautiful performances from Beethoven operas to Mozart orchestra concerts.

25 Best Things to Do in Malaysia-Your Full Guide