Close X
Home/European Region/Prague: 12 Things to See and Do on this Beautiful Trip

Prague: 12 Things to See and Do on this Beautiful Trip 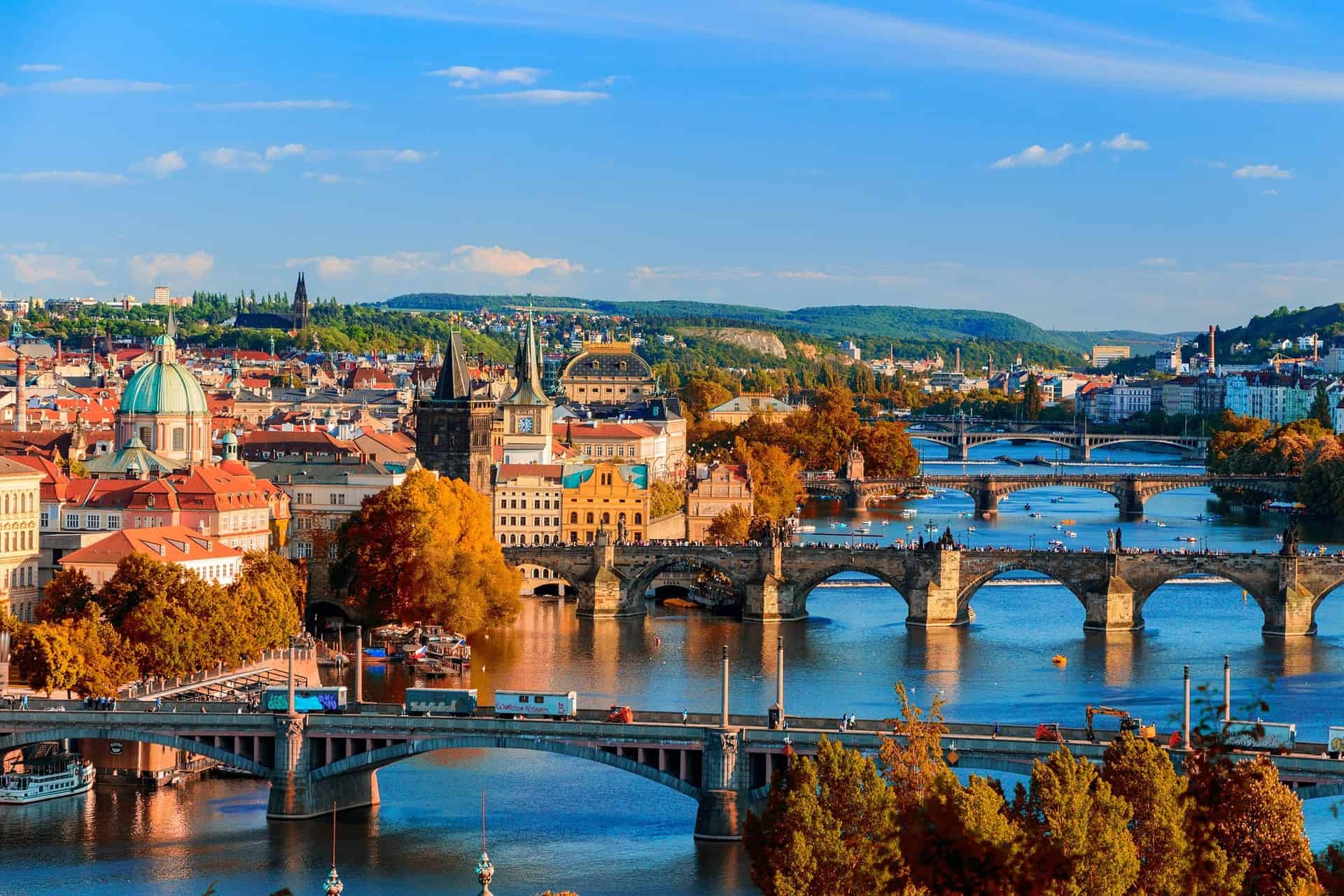 Prague was built in 800 AD, but history says that Prague was inhabited since the Paleolithic period and it was inhabited by farmers. Prague is the political and economic centre of the country, in addition to being the seat of Parliament and Prague Palace which is the official residence of the President of the Czech Republic.

Prague is visited by millions of tourists every year. It includes landscapes, plazas, cobbled walkways, art galleries, and many other attractions. The best time to visit Prague is in late spring or early fall, especially between May and September and the weather is great at that time. There is a high season in Prague, which is in June, July, and August, and the weather during these months is sunny and dry.

Now let us get to learn about Prague and the most famous attractions there and things you can do in the city. Pack your bags and let us start the journey in this beautiful city.

Things to do in Prague

Prague is one of the top tourist destinations in Europe, full of many attractions that you will love seeing and discovering. Now, it is time to start the tour in the city.

Charles Bridge was built in 1357 by Charles IV, replacing the old bridge that was destroyed by the floods. It is one of the most famous attractions in the city that you will enjoy walking on and taking in the surrounding scenery.

While you walk along the bridge, you will see the old statues of the Roman Emperor Charles IV, John of Nepomuk, and other notable statues. In addition to that, there is the magnificent view of River Vltara and the structure’s superb Gothic gates.

Prague Astronomical Clock is one of the most famous tourist attractions in the city. It is currently the third oldest clock in the world, and the oldest astronomical clock still in operation today.

The clock was built in the 15th century. The functioning of the astronomical clock, its indices, chimes, bells, and the movements of its statues are controlled by the original iron object within it.

You can take wonderful pictures of the statues, and you can climb to the top of the tower to witness the most beautiful panoramic views of Prague.

St. Vitus Cathedral is one of the most visited attractions in the city. The cathedral is the seat of the Archbishop of Prague, and it is also home to the tombs of numerous saints and three Bohemian kings.

The construction of the magnificent cathedral started in 1344 and it took 600 years to build. It is one of the wealthiest churches in Europe. Inside St. Vitus Cathedral, you will see the baroque silver tomb of St. John of Nepochem and stunning Art Nouveau stained glass. You can also climb up the cathedral’s 97-meter main tower for splendid views over Prague.

The Prague Zoo is one of the most important tourist attractions in Prague city and one of the top 10 zoos in the world. The zoo was opened in 1931, and it is located in the Troja suburbs just a short distance north of the city centre.

The Prague Zoo includes more than 4,200 animals representing 650 species. Some of which are considered close to extinction. You can ride a chairlift with great views of many of the animal enclosures, as well as visit the huge giraffe exhibit, and the steamy indoor tropical jungle.

Prague Castle is the most visited attraction in Prague. It is located in the Hradcany district and it was in the old days the home of Bohemia’s Kings. Now, the castle is the official residence of the Czech Republic’s President.

Prague Castle was built in 870 AD. It was built in a magnificent architectural style and it contains many buildings inside the castle walls like St. Vitus Cathedral, St. George’s Basilica, the Old Royal Palace, and the Golden Lane. At night, you can find a great spot to enjoy the castle lights that you will love seeing.

Another famous place in Prague is the national museum, which contains many collections from many fields like mineralogy, zoology, anthropology, and archaeology. It is known as the oldest museum in the Czech Republic. It was founded in the 19th century and then it moved to its current location in 1891.

St. Nicolas Church is located in the Old Town. It was built by Jesuits in the 18th century and it is a great example of the Baroque style. When you enter the church, you will see the spending 19th-century interior design and there is also a large Baroque painting by a famous Czech artist called Karel Skreta.

Also, the church has a tower bell, where you can climb and see a fantastic view of the city. While you visit the church, you can attend one of the beautiful concerts held there and enjoy a great time.

It was built in 1891 and it was named after the hill it is standing on. It is about 64 meters high and the tower is a smaller version of the Eiffel Tower in Paris. You can either climb to the hill which will take about 30 minutes or take the funicular railway and when you reach the tower, you will climb 299 steps till you reach the top. From the top, you will see a beautiful view of Prague and its lovely buildings.

The Prague Municipal House was built in 1912. It contains many collections of Art Nouveau, and it also includes the most important concert hall in Prague, which is called Smetana Hall.

The façade is decorated with a moral on the arch above the second-floor balcony. You will see the lovely interior design and besides that the stained glass windows and there are restaurants and cafes that you can enjoy sitting in.

Prague National Theatre is located on the banks of the River Vltara. It is the perfect place for art lovers and there you will see opera and ballet performances. It was opened in 1881 as a symbol of Czech national identity. The theatre has been renewed and stands as a monument to the city’s rich talent and cultural significance.

Visrad Castle stands high above the Vltava River overlooking Prague City. It is known as Upper Castle or Castle on the Heights. It was founded in the 10th century.

There are many landmarks inside the castle, including the Church of St. Peter and St. Paul, as well as a cemetery in Sirad, where the remains of many famous Czechs were buried over time. There is also the Saint Martin lobby which is the oldest in the Czech Republic, dating back to the 11th century.

Church of the Virgin Mary before Tin

The Church of the Virgin Mary before Tin is located in Old Town Square, and it is among the most famous tourist places there. The construction of the church took many years as it began in the 14th century to be completed by the beginning of the 15th century.

The church was built in the famous Gothic style and has towers that are about 80 meters long each. There are many worth-seeing attractions in this beautiful church, including numerous fine tombs and the superb Gothic northern portal with its Crucifixion sculpture, as well as early Baroque altarpiece paintings dating back to 1649.