The 3 Top Hotels in Luxor, Egypt 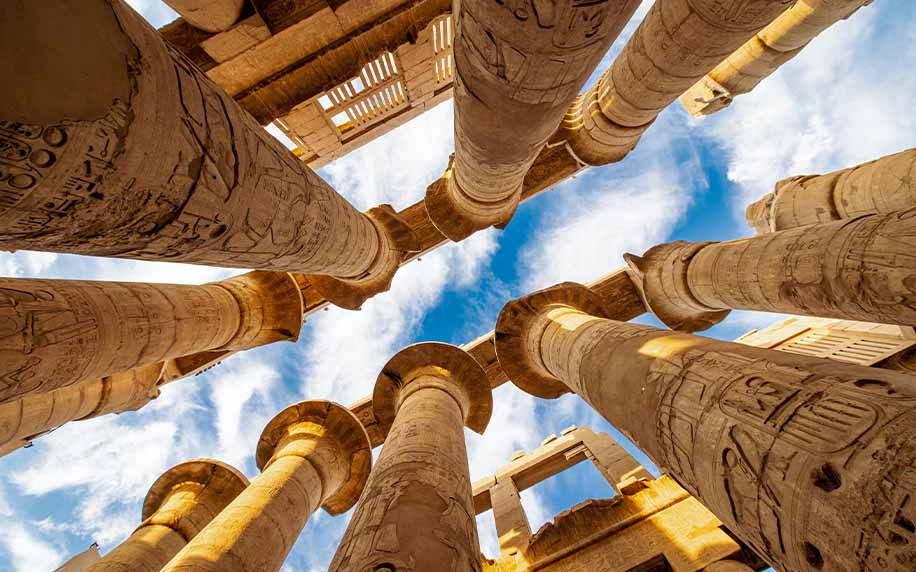 The Egyptian city of Luxor has always charmed tourists and celebrities alike, with its abundance of 3,000-year-old monuments and landmarks that leave you in awe of their brilliant construction. Luxor is a destination for kings and princes. It is an oasis of comfort and tranquillity with its charming views of the Nile side by side with the historical landmarks of this enchanting Egyptian city. Find the top hotels in Luxor with ConnollyCove.

Steigenberger Resort Achti in Luxor: A Hotel for Princesses, Queens, and Presidents

Luxor’s many hotels have welcomed visitors from all over the world, but it was the Steigenberger Resort Achti that saw some of the most influential people come to visit this enchanting land. There are royal connections to one of the top hotels in Luxor, Egypt.

From the Princess of Hearts, Princess Diana, in 1992, to the Queen of Belgium, Queen Mathilde, and the former President of America, George Bush Sr., who all stayed in the royal suite of the most beautiful tourist hotel on the Nile in Luxor, the Steigenberger Resort Achti.

Located on the banks of the River Nile in Luxor, Steigenberger Resort Achti is a luxury resort surrounded by lush tropical gardens. The rooms offer views of the Nile, the gardens, and the surrounding countryside. The hotel has two restaurants serving international cuisine as well as Egyptian delicacies. There are also three bars, including a terrace and a poolside bar.

The hotel lies less than 3 km from the centre of the city and 2 km from Luxor Temple and the Mummification Museum and 3 km from the Luxor Museum. Steigenberger Resort Achti is 12 km from the Luxor International Airport and it provides airport shuttle services upon request. One of the top hotels in Luxor, Egypt.

The 100-year-old hotel was built by the Upper Egypt Hotels Co., headed by hoteliers Charles Baehler and George Nungovich, in collaboration with Thomas Cook & Son (Egypt). It was designed by architect Leon Stienon and the inauguration of the hotel was celebrated on 19 January 1907 with a picnic at the Valley of the Kings followed by dinner at the hotel.

During World War I, the hotel was employed as a hospice for convalescing soldiers. Among the regular guests at the hotel was George Herbert, Lord Carnarvon, the patron of Egyptologist Howard Carter, who discovered the tomb of Tutankhamun in 1922. After the discovery was announced, the Winter Palace hosted members of the international press corps and foreign visitors who were there to report on this momentous discovery.

The Winter Palace has 5 restaurants, including the 1886 Restaurant, which serves French cuisine, the la Corniche Restaurant, the Bougainvilliers, both of which serve international cuisine, while the Palmetto offers Italian cuisine, and El Tarboush specializes in Egyptian cuisine.

The hotel was often visited by many notable figures. The late Egyptian King Farouk, the last king of Egypt, was a frequent guest of the hotel, which also entertained Winston Churchill, Princess Caroline of Monaco, Jaqueline Kennedy, Tony Blair, and Prince Charles and Lady Diana, as well as Lord Carnarvon, Albert I, King of the Belgians and his wife Elisabeth, Duchess in Bavaria, Queen of the Belgians, Agatha Christie, and French author Violaine Vanoyeke who wrote many books there, along with actresses and actors, such as Richard Gere, Jane Fonda, and John Malkovich.

In 2004, the hotel was used to film an episode of the famous TV series Agatha Christie’s Poirot called Death on the Nile after Christie’s novel. A brilliant example of one of the top hotels in Luxor, Egypt.

Nowadays, many visitors to Luxor opt for staying at one of the numerous Nile cruises available for passengers in the city. You can either book your stay through a travel agency or on your own. There are plenty of Nile Cruises to choose from, whether budget or luxury cruises, and what makes a Nile Cruise trip special is the trip itself, which usually takes you from Luxor to Aswan along the banks of the Nile, stopping at several important landmarks along the way, such as the Esna Lock, an entryway big enough to allow one Nile cruise at a time to pass through the water, and once the Nile Cruise is inside, it fills up with water from one side, lifting the cruise to a higher level of the Nile. The process takes 6 minutes and is quite enjoyable to watch.

Some cruises even go beyond Aswan to Abu Simbel Temple, the temple that was salvaged from flooding by cutting up its columns and statues that weighed several hundred tons and moving them to higher ground before assembling them again. Enjoy your cruise before returning to one of the top hotels in Luxor, Egypt.

Book Your Own Vacation Home

For a more budget-friendly option, you can book one of the multitudes of vacation homes and villas available for rent in Luxor, most of which are quite cheap, even though they are in great locations right on the banks of the Nile.

Known as the world’s largest open-air museum, it is said that Luxor is floating on a river of antiquities, that it is so rich that if you dig anywhere you will find remains of the great Egyptian civilization. Upper Egypt is a fascinating place to visit and Luxor is an essential component of any trip to Egypt. The city is breathtakingly beautiful, as the Nile flows between the modern city and west-bank with its Temples and monuments, showing the distinction between the past and the present.

While there, you cannot miss the mesmerizing Karnak Temple, the Luxor Temple, and the Valley of the Kings and Queens where some of the greatest pharaohs’ tombs were discovered intact with the wall paintings still as vibrant as they were 3,000 years ago.

Since the city has some of the best tourist attractions in the country, most hotels offer great excursions as part of your stay, so be sure to check out all that they have to offer if you’re not there with a travel agency. Be sure not to miss an opportunity to explore this great city to the fullest, you will surely not regret it. Stay in one of the top hotels in Luxor, Egypt.