Things To Do in Pisa – Amazing Historical Sites 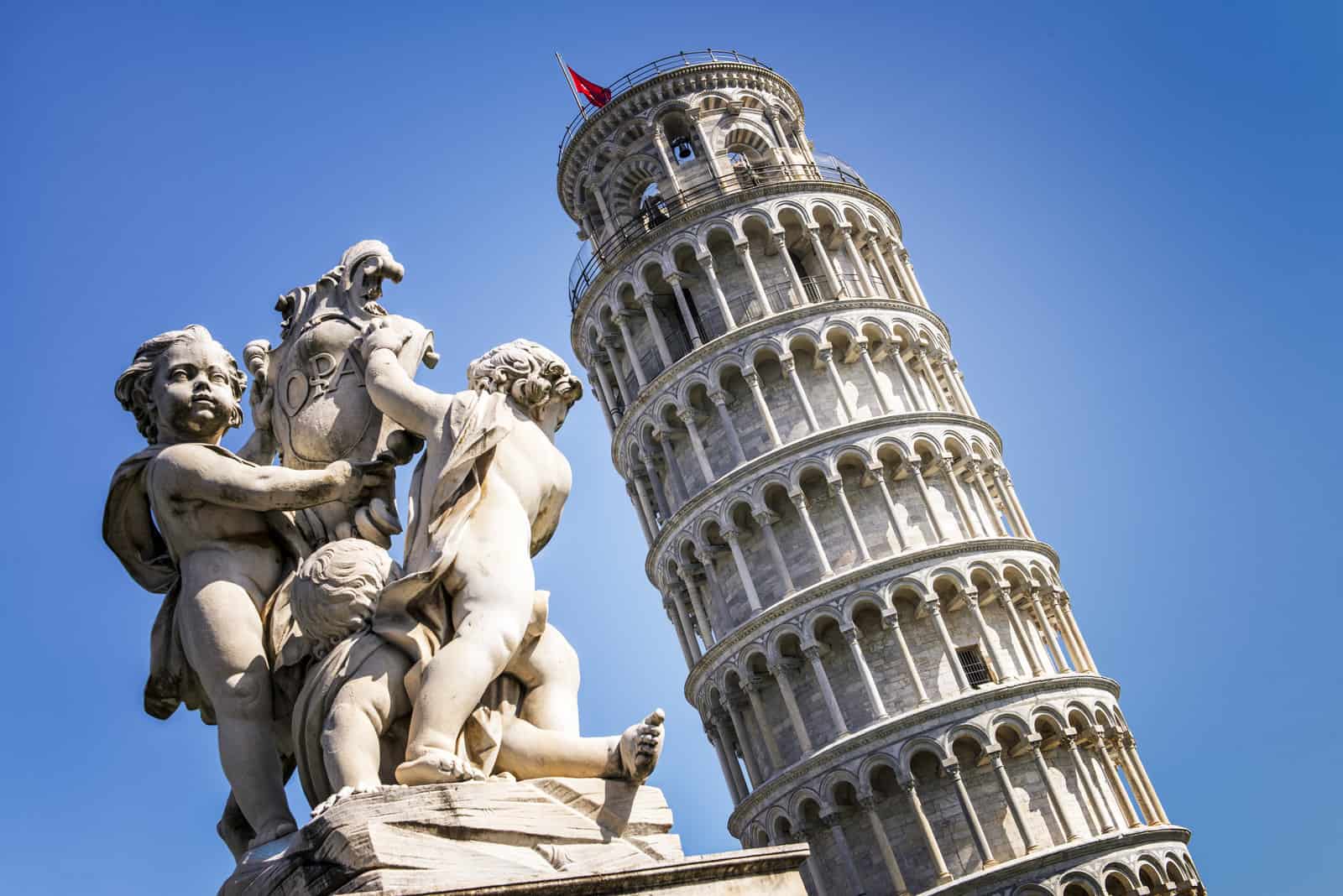 Located on the western coast of Italy, Pisa is a renowned city in Tuscany. Most tourists think that this city is only known for the Leaning Tower of Pisa, but it has many other amazing sites. The city has a population of 91,000, which is one of the smallest populations in Italy and it is only 20 minutes away from the Ligurian Sea. You can ride the train to Pisa directly from any major city in the country.

History of the City of Pisa

In the Roman period, Pisa was an important naval base and commercial port and remained that way for centuries. In the 11th century, Pisa’s economic status significantly improved and it grew in population. The city lived a period of prosperity and became a massive rival of Genoa and Venice.

In the 12th century, when Pisa was at the top of its power, it controlled Corsica, Sardinia, and the Tuscan coast and these were powerful cities at that time too. When you visit this wonderful city, you will be attracted by its Pisan-Romanesque architectural style with its use of coloured marbles and subtle references to Andalucian architectural styles. You will be truly amazed by these colours which were designed by the great father-and-son sculptural team Nicola and Giovanni Pisano.

After years and years of prosperity, when commerce and industry flourished, the city fell in 1284 when it was defeated in the battle of Meloria. The city fell once again under Florence’s rule in 1406. However, the city continued its achievements when a ruler called Médici took a keen interest in it, constructing bridges and canals and encouraging great artistic, literary, and scientific efforts. He reestablished Pisa’s university, where the city’s most famous son, Galileo Galilei, taught in the late 16th century. After World War ll started, there was huge damage caused in the city and it was said that 40% of the old city was damaged.

Transportation in the City of Pisa

Since the city of Pisa is considered one of the smallest cities in Italy, transportation is very easy to access due to many of Pisa’s most popular sights being very close to each other. For example, a walk from Piazza del Duomo to the Arno River is only 10 minutes, which is why walking tours are so popular in the city.

There is also a train station located around 1.5km outside the city which can be reached on foot or by bus. Pisa Airport is the largest and main airport in Tuscany and goes into Florence and Pisa, as well as neighbouring areas of Tuscany.

Let us explore the famous attractions in the beautiful city of Pisa and learn more about them.

Things to Do in Pisa

The Leaning Tower of Pisa

The Leaning Tower of Pisa is one of the most famous attractions in Pisa and the whole world. The tower was founded in 1173 when Pisa was the most powerful maritime republic at that time. During its construction, the tower faced many issues. Before the third story was completed, the tower had already begun to sink alarmingly on its southern side. When counterweighting the northern side and slightly increasing the height of the southern walls proved ineffective, construction was stopped.

A hundred years later, the work in the tower was resumed. To solve the problem, the builders counteracted the tilt by angling the upper stories more vertically. The open bell chamber was added to the white marble tower in 1350 and 1372 by Tommaso Pisano. The spiral staircase had to have 294 steps to climb to the top of the tower. However, with the angle of tilt, it keeps increasing by one millimetre a year. It was originally calculated that the tower would topple by the year 2000, but thankfully, it is still standing.

The museum is located on the banks of the Arno River, and it contains some of the finest pieces of art and sculptures in the city. In addition to these, the museum has original monuments from the Cathedral and Baptistery, some gorgeous paintings that date back to the 12th and 13th centuries, ancient manuscripts, and other religious relics from the various churches in Pisa. The museum would be a good choice for you to visit while touring Pisa.

The construction of the cathedral began in 1063, after Pisa’s naval victory over the Saracen, and was finished in 1118. The cathedral has a uniquely Pisan architectural style, including a white marble Romanesque basilica designed by Pisan architect Buscheto. In the apse, there is a 13th to 14th century mosaic of Christ crowned between the Virgin and John the Evangelist designed by Cimabue. There is also the pulpit designed by Giovanni Pisano which was formed between the years 1302 and 1311.

This is one of the most important attractions in the city of Pisa. The location of the palace is Piazza dei Cavalieri which is also called the Knights’ Square and is considered one of the main squares in Pisa. Its construction started in 1562 when architect Giorgio Vasari began rebuilding and enlarging it, creating the magnificent Palazzo dei Cavalieri, named after the training courses for knights.

The palace is the most magnificent building outside of Piazza dei Miracoli, and the façade is decorated with busts of six Medici Grand Dukes of Tuscany, from Cosimo I to Cosimo III. There is also a double staircase leading up to the entrance. In 1810, it housed an elite college of higher education founded by Napoleon called Scuola Normale Superiore and in front of the building stands a statue of Cosimo I by Piero Francavilla.

River Arno is one of the main rivers in Italy, and it runs 241 kilometres from its source at Mount Falterona. Tourists can enjoy countless walks along the river where you will revel in the beautiful surrounding landscape. The houses along the river also create a gorgeous backdrop. This part of Pisa is truly photogenic.

It was built in 1153, west of the cathedral, and about 100 years after the cathedral was built. The materials used in designing the Baptistery are the same ones used in building the cathedral, though patterned with different colours of stone. In 1260, Nicola Pisano took over responsibility for the project and from 1285 till 1293 his son Giovanni took over. The conical collar stands on four pillars and eight columns, creating an effect of light and solemnity.

The Baptistery is the free-standing marble pulpit, a 1260 masterpiece by Nicola Pisano, and one of the great masterworks of Romanesque boast.

This place is called the Sacred Field. It was built in 1278 due to a legend known in the city which says that Archbishop Ubaldo dei Lanfranchi returned from the Fourth Crusade with different shiploads of land from Golgotha, so that the citizens of Pisa could be buried in sacred soil.

When you enter, you will find the graves of Pisan patricians, and around the sides are Roman sarcophagi. The walls were enveloped with 14th and 15th-century frescoes, but a fire caused by gunnery bombardment in 1944 melted the lead roof destroying and badly damaging the frescoes.

This garden was the first university botanical garden in Europe, founded by Cosimo I de’Medici in the middle of the 1500s. When you enter the garden, you can find many different plants, rare trees, and water gardens. When you visit the garden, make sure to see the old botany school that dates back to the late 1500s, with its façade decorated in seashells.

It is one of the smallest churches in Pisa which is located on the left bank of the Arno. It was once a small oratory sitting right on the river but the church suffered serious damages and, in 1871, it was pulled down stone by stone and then rebuilt higher up. When you are at the church, there is the western front that has two doorways and three distinctive gables, each with a small rose window. On the southern side of the church, a series of arches, including doorways and windows, and higher up, you can see a niche with figures of Christ and the Apostles.

Pisa’s marina is a spectacular sight. This is where the 10th-century basilica was built at the old port of Pisa. The site is well inland today, but 2,000 years ago, the Mediterranean outspread this far. The church was constructed and adjusted for over two centuries. From the inside, it is lined with frescoes, with their colours still remaining vibrant. At the back of the church, drilling reveals the foundations of an earlier Paleo-Christian church and even earlier Roman buildings.

This museum is an important place in Tuscany, and one of its best features is that it has a wonderful view of the Leaning Tower from the huge second-floor windows. When you visit the museum, you will see many wonderful artefacts such as priceless masterpieces made by silversmiths, rich embroideries, tombs, sculptures, and paintings. Paintings were used to decorate the building but they were brought inside to prevent atmospheric pollution.

Among the priceless objects that you will see when you visit the museum are the bronze griffin, the Citharoedus David, the Limoges caskets, the wooden crucifix by Borgognone, the works of Giovanni Pisano, and the crucifix known as the Crocifisso d’Elci.

Also called Palazzo Giuli Rosselmini Gualandi, Palazzo Blu contains many paintings and other artworks by Italian artists from the 16th to the 20th century that tourists will enjoy. There are also some special exhibitions in many fields from science to the cinema. The palace would also feature the works of a single artist, such as M.C Escher.

It’s a street located in the centre of the city and starts at the Piazza Garibaldi next to the Ponte di Mezzo. There, you will find stores, boutique shops, and cafes. Also, tourists will be attracted to the beautiful architecture of the buildings on this street.

Keith Haring is an artist most well-known for his murals. There is a fabulous mural by the American artist located just off of the Piazza di Vittoria Emanuele II. The mural is a really magnificent piece of artwork and displays a vision of peace and harmony, and it also features 30 different figures in various poses. It is definitely a piece that speaks of life and vitality.

It is one of the most outstanding bridges in Pisa that stretches along the River Arno. In 1947, the bridge was built by Sergio Aussant using White Verona stone. It has fantastic views of the river and on both sides of the bridge, you will see great architecture.

Places to Stay While in Pisa

The hotel offers free breakfast and an airport shuttle at affordable prices. It has an old-world vibe and is close to shops and restaurants.

The hotel is located near the train station and offers things that you can’t find in most of the hotels in Pisa, such as valet parking and soundproof rooms.

It is a three-star hotel and has a friendly staff, spacious rooms, and an included breakfast.

All in all, Pisa is more than just its Leaning Tower. The Italian city has a lot more to offer and promises to be a wonderful vacation spot for tourists from all over the world.

Turn Your Frown Upside Down: Methods to Ease Blue Monday