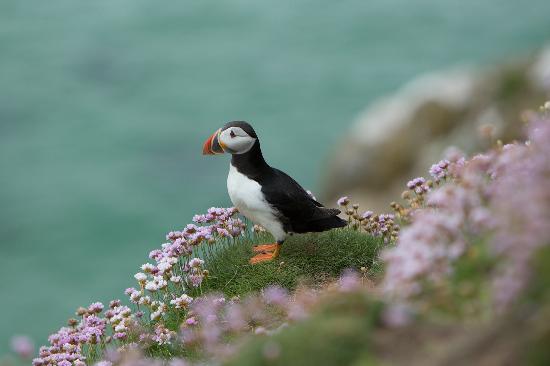 The Saltee Islands are a pair of islands on the southern coast of County Wexford in Ireland. The islands are known for their natural beauty and for being one of the Worlds major bird sanctuaries.

The islands have been privately owned by the Neale family who bought the islands in late 1943. Prince Philip the first was the buyer, and his six children now privately own the islands. Five sons and one daughter Anne. His oldest son inherited his title in early 1998 when Philip sadly passed away.

Visitors are allowed to visit the island during the day. Only approved and arranged visitors to the island by Kilmore Quay are granted entry to the island. If you arrive at the island on an unplanned trip, you will be asked to leave the island.

The Neale family kindly wishes that people respect the islands and a range of rules while visiting.

The bird is a world recognised bird sanctuary, with over 220 species of birds recorded on the island, throughout the year.

There are three main group types of birds on the island. There are, breeding sea birds, resident land birds and migrant birds from across the world.

Birds that you can find on the island include:

The islands are used as a source for bird research with many bird watchers and Ornithologists visiting the island.

Have you ever visited the Saltee Islands? Let us know your experience and why you visited in the comments below.

Dorothy Eady: 5 Fascinating Facts about the Irish Woman, the Reincarnation of an Ancient Egyptian Priestess