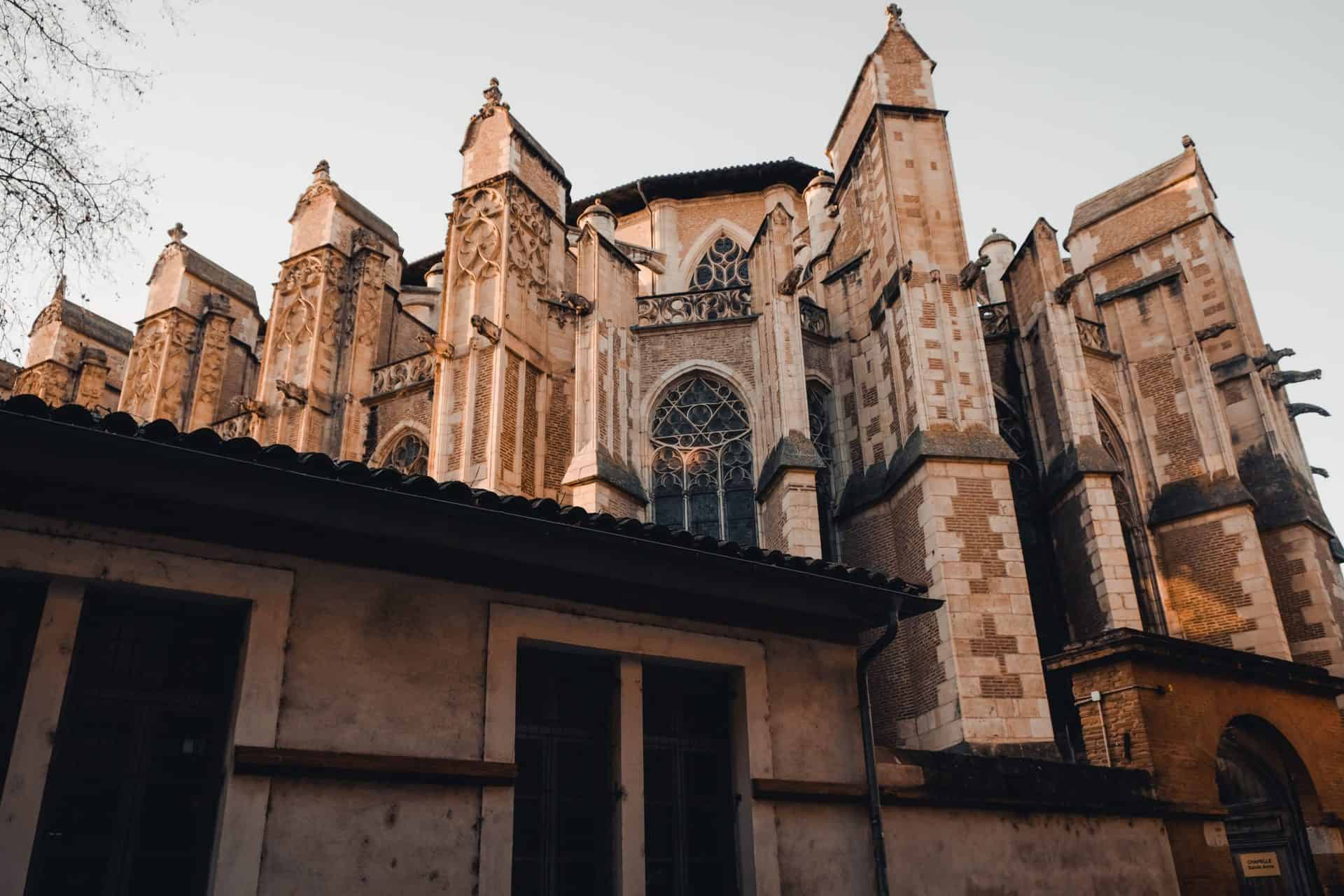 Located in the south-west of France, the Occitanie region, since 2016, brings together the former Languedoc-Roussillon and Midi-Pyrénées regions. It is the land of the Occitan language, a dialect of the south, which has retained the most influence of the Romance language. This region includes the large cities of Toulouse and Montpellier. Between the Mediterranean Sea, the Pyrenees mountains, canyons, hilltop villages and gastronomy, this is an excellent destination for lovers of adventure, nature and unforgettable experiences.

Toulouse is the capital of the region. It is romantic, dynamic and steeped in history at the same time. It is one of the largest cities in France. The city is known for its rich heritage. Moreover, several monuments are classified as World Heritage Sites by Unesco, such as the Basilica of Saint-Sernin or the Canal du Midi. Several tourist sites are not to be missed in the city. We recommend that you visit the Capitol with the many restaurants and shops for shopping and souvenirs but also the Prairie des Filters, the banks of the Garonne and its many covered markets.

Since 1996, the Canal du Midi has been included on the UNESCO World Heritage List. It connects the city of Toulouse to Sète and flows into the Mediterranean Sea. This major tourist attraction is one of the oldest canals in Europe. It is also the largest French work of the 17th century. It has 63 locks, 130 bridges, 55 aqueducts, 6 dams and 7 canal bridges. Several places are essential to visit along the Canal du Midi.

You can visit the Canal du Midi by foot, bike, waterbike or even quad. We recommend that you also visit the town of Castelnaudary, very famous for its delicious cassoulet, Carcassonne or the Cathar country.

A large part of the Canal du Midi crosses the Cathar country. This region is steeped in history, since it is where Catholicism has been strongest. The Cathar fortresses are unmissable monuments set in the middle of a marvelous natural setting that must be visited in the Occitanie region.

Several historic sites are essential since they reflect the tragic history of a region marked by the religious wars of the 13th century, but also thanks to their architecture and spectacular natural scenery. Indeed, the castle of Quéribus, located at the top of the Corbières at an altitude of 728 meters, offers you a marvelous landscape. Opposite, the castle of Peyrepertuse is very imposing because of its size and has an incomparable architecture.

The castles of Lordat, Montségur, Puilaurens and Puivert are the most spectacular and remarkable Cathar castles. They dominate the green and mountainous region and offer a breathtaking landscape. We recommend that you take a tour of the Royal Fortress of Najac where you can visit the keep, the Saint Julien chapel, decorated with frescoes and the Governor’s room. Finally, do not miss the castles of Lastours, at the top of the village of Lastours made up of 4 royal fortresses as well as the castle of Saissac, the oldest site of the Montagne Noire. In the Cathar Country, the Montagne Noire is a preserved natural area. We recommend that you stroll through this remarkable heritage.

The city of Carcassonne

The fortified medieval city of Carcassonne is a must-see in the Occitanie region. It is a medieval architectural ensemble whose origins date back to the Gallo-Roman period and which is located in the department of Aude. It is considered as the symbol of the region especially thanks to its historical heritage. The history of the medieval city of Carcassonne is well known as it is one of the most perfectly preserved fortified towns in the world and it is the largest medieval city in Europe. It is now a UNESCO World Heritage Site.

This exceptional place brings together several must-see tourist sites. We therefore recommend that you visit the magnificent castle of Comtal, the Basilica of Saint-Nazaire with its sublime stained-glass windows, considered the most beautiful in the South, and the Bastide Saint-Louis to enjoy its many mansions and its house of memories. The fortress bridge which offers an incredible view of the city as well as the Cérès Franco museum located in Montolieu which exhibits the works of the artist of the same name as the museum. It is a must-see historical museum in the region.

The abyss of Cabrespine is one of the most beautiful caves in Europe, very popular for the richness of its crystals. The cave of Limousis is also an incredible place. The Cavayère lake is a site with a magnificent landscape to visit which also offers water skiing. Finally, the city festival is a must to visit in Carcassonne. Indeed, it has risen among the 10 biggest festivals in France. Each summer, 120 shows, 80 of which are completely free with national and international artists. It is a very popular festival that welcomes tourists from all over the world.

Cordes-sur-ciel is one of the most beautiful villages in France and one of the most historic. The atmosphere is very sweet and warm in the streets and the views over the valleys are incredible. You can enjoy visits to museums, gardens, halls and religious buildings such as the Saint-Michel church or the Cajarc mill.

It is a very well-known tourist site in the region and marked by history. This natural space is made up of incredible cliffs, rivers with crystal clear waters, rocks and forests. This exceptional place brings together impressive landscapes and lush green nature that you must not miss. This canyon is located in the Lozère district in the Grands Causses massif and caused by the erosion of the Tarn river. Les Gorges extend over 50 km in length. The Gorges du Tarn are one of the best French climbing sites.

This place is well known for hiking. There is also a large hiking network, such as Le Rocher des Fées, La Corniche du Tarn and Le Col de la Planète. This natural space is perfect for strolling and enjoying the magnificent landscapes. You can also cycle since the routes are organized and marked for cycling tours whether you are a beginner or an expert, this experience will remain incredible. Finally, you can also choose a horseback ride since several riding centers offer rides in the region or even take a 4×4 ride.

In addition, several activities are available to you during this visit. You can go kayaking, canyoning activities, a via ferrata excursion to enjoy the marvelous views from the heights with various possible routes such as “La via ferrata du Rochefort” in Florac or “La via ferrata de Rousses” in Mont Aigoual. Regarding unforgettable activities, especially those with strong sensations, you can go gliding or a paragliding tour to discover the region. We also recommend that you discover the caves and cavities in particular the cave of Clujade, the castle of Castelbouc or the castle of Prades.

Nimes was one of the most important Roman cities. Its heritage from the Roman Empire makes the city a cultural capital. It is an attractive city with a festive atmosphere. We recommend that you visit the Maison Carré, the Tour Magne and especially the Arenas. A little further on, you will find the famous Gard’s Bridge.

The Gard’s Bridge is one of the most beautiful Roman masterpieces in the Occitanie region. It is located in Vers-Pont du Gard and was built in the 1st century AD. This place is an essential site for French and world tourism. Since 1985, the Gard’s Bridge has been a Unesco World Heritage Site.

Located on the side of a cliff, this medieval village is exceptional and magnificent. It overlooks the Alzou canyon. This village is a stopover on the way to Compostela, where pilgrims come to contemplate the Basilica of Saint-Sauveur and the Saint-Amadour crypt, classified as World Heritage by Unesco. We recommend that you visit the religious buildings, the Monkey Forest, the Rocamadour Cave, the medieval city, the Rocher des Aigles, which is a breeding and reproduction center for raptors (for example eagle or hawk). You can also enjoy a magnificent view of the Padirac chasm, a natural and monumental cavity 35 meters in diameter. Do not hesitate to taste the local gastronomy which will not leave you indifferent.

The Cevennes are a chain of mountains, located in the departments of Lozère, Gard, Ardèche but also Hérault. You will be able to enjoy charming villages as well as incredible nature and landscapes.

Fontestorbes fountain is located in Belesta, a French commune in the department of Ariège. It’s a river which leaves the cave of Fontestorbes and which flows intermittently. During low water periods, from July to October, the fountain becomes intermittent due to a phenomenon of rhythmic and regular variations in flow. The complete cycle takes about 60 to 90 minutes. The rest of the year, the fountain flows continuously. Known since Antiquity, it is a very rare phenomenon and one of the most spectacular in the world.

The Cirque of Gavarnie

The Cirque of Gavarnie is the most famous of the great Pyrenean limestone cirques and one of the most impressive and magnificent places in the French Pyrenees. It is part of the Pyrenees National Park and has been classified as a Unesco World Heritage Site as a natural and cultural site. You will find in its heart an impressive waterfall 423 m high.

The Lake of Salagou

In the Occitanie region, you cannot avoid the famous Lac du Salagou. It is an artificial reservoir created 50 years ago surrounded by red and black hills. This vast expanse of water is located near Montpellier, in the heart of Hérault, and extends over 750 hectares. It offers the possibility of doing water sports amidst a magnificent landscape. Indeed, you can go catamaran, canoe, paddle, sail, kayak or even fishing boats. In this place you can also go hiking or quad biking, travel by bike, horseback ride or mountain bike to discover the shores of the lake, the paths that scatter all around and the unmissable viewpoints.

The surroundings have no less than 17 marked circuits, from 3km to 38km. You will also find a climbing spot recognized by climbers: the Vissou peak. You can thus enjoy a view of the entire tourist site.

We recommend that you visit the caves of La Caves located in the north west of the Lot department. To do this, take a trip to the heart of antiquity by taking the small underground electric train which leads to the heart of these immense cavities for 1h30 in the bowels of the earth. On a 1600 m round trip, you will pass many beautiful lakes and natural concretions. It leads you through a visual and sound spectacle. You would therefore be at the heart of the history of its caves.