The Mystery of the Celtic Nations around the World Unravelled 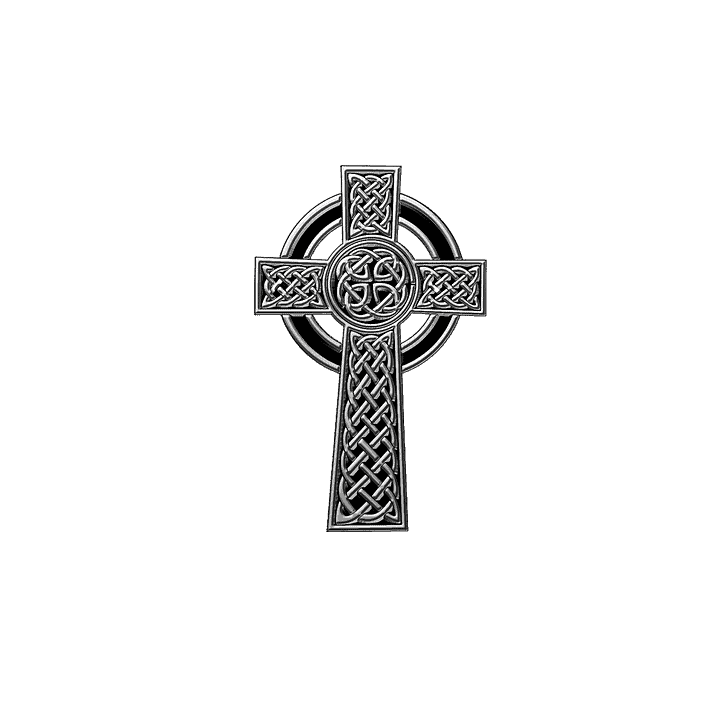 The world is a big place to explore with all the interesting cultures each place has to offer you. There are numerous nations around the globe, including some that people usually get confused about.

Speaking of confusion, we are actually, here, referring to the Celtic nations. This group of people, particularly, are usually confused with the Irish. While this is partially true, the Celtic nations are more than just Ireland. This category encloses a bunch of other countries that we will discuss in details in this article.

Be ready to get introduced to an interesting culture that not everyone is aware of.

What are the Celtic Nations?

Basically, the Celtic nations are a group of people that embraces the Celtic culture and speaks the Celtic language, obviously. Among this group of people lies the Irish; who are the most likely to be referred to as the Celts. This is probably why people are confused between the two of them, thinking they’re synonyms to one another.

However, there is more to the Celtic nations than just Ireland. To begin with, the Celtic territories all lie within Western Europe; they are all of the European origins. These nations include six different countries, all Europeans, which share a lot of similarities in terms of identity and characteristics.

These countries include Ireland, Scotland, the Isle of Man, Wales, Brittany, and Cornwall. While all of them have evidence of the existence of Celtic languages, they have different ones, actually.

The six of these nations speak Celtic, but all six languages are different types of Celtic languages. Hopefully, the picture is getting clearer.

There is some evidence that more Celtic people exist outside the borders of those countries. Yet, the largest population of Celtic people reside in Scotland. Because, after all, not all Irish people are of a Celtic descend, and the same applies to the other nations.

The Languages Used in the Celtic Nations

Arguments over the Existence of a Seventh Celtic Nation

According to history, the Celts have spread beyond Northern Europe. A large number of them immigrated to different countries over the centuries. Thus, bits of their culture has been spotted in different places around the world.

This has left many countries around the world proclaiming themselves among the Celtic nations. That’s because some Celtic influence was observed. Yet, Galicia, in Spain, is one that truly considers themselves as Celts. In fact, their culture is heavily impacted by the Celtic heritage, especially the ancient region of Gallaecia.

But then again, the rest of the world doesn’t seem to digest this fact, especially the Celtic nations. Little do we see of the Celtic nations embracing Spain as part of their heritage.  Especially when there are no traces of any Celtic languages in Spain during modern times.

The population of the Celts found in Spain are even less than those in the smallest of the Celtic nations. While the whole world recognises only six Celtic nations, there are facts that are hard to turn our backs on. These facts include the high impact of the Celtic culture on the history, folklore, art, and music of Galicia. So, its an argument that will still hold strong with people claiming Galicia Celtic and others refusing to accept it as part of the Celtic nation.

In some regions outside Europe, we can find some evidence of Celtic populations existing there. Among these countries are Argentina, the United States, New Zealand, Australia, and Canada. Welsh people are the most existing of the Celtic nations in all of those countries with Argentina on top. Historically, a large population of the Welsh resided in Patagonia since back in 1865.

The Flags of Each of the Celtic Nations and Thier Significance

Every country has its own flag; it is a worldwide notion. While most of us don’t give it that much thought, there are elements that make up the flags. In other words, there’s a significance to the flags of countries and those of the Celtic nations are no different.

We will discuss those elements of the six Celtic nations in details. This might help shed some light on the history and heritage of those nations.

We will definitely start with Ireland on top of this list for being the most popular among the Celtic nations. As we previously mentioned, people usually confuse the Celtic culture with Ireland. They are not wrong anyway, but it’s not synonymous with Ireland only.

We are all familiar with how the flag of Ireland looks like. The Tri-coloured flag has always been of great significance. In fact, those colours have been among the famous symbols of Ireland as well. Each colour of the three; green, white, and orange, bears connotation to the country’s history. Let’s break down the flag’s colour and describe the implications of each colour.

We will start with the green colour, as its the one present on the left side. Green has always been associated with many symbols in Ireland. The colour has also been used during celebrations as part of the country’s identity. In the Irish folklore, we will find the green colour describing the shamrock leaves and the attires of the leprechauns.

No wonder we find people pulling off the colour during celebrations of St. Patrick’s Day. For that, the green colour in Ireland’s flag refers to the Irish people themselves. On the right side of the flag is the orange colour. This colour refers to the Protestant followers of William of Orange. The white comes in the middle as a symbol of peacefulness between the two communities. This historic flag became the official flag of Ireland during the French Revolution era.

The national flag of Scotland is the Saltire; one of the oldest flags in the world. It’s also one of the most recognised flags among the Celtic nations. Saltire actually means a diagonal cross that looks like an X. People also refer to the flag, occasionally though, like the Banner of Scotland. There are two stories behind the making of the Scottish flag.

The first tale narrates that there was once a battle, where the Scots and the Picts soldiers combined. It took place back in the 9th century. King Angus was the one leading the soldiers of both the Scots and Picts.

According to history, the sky was bright blue and a white cross appeared up there. Thus, it inspired the soldiers and aided them to take a victorious lead and win the battle. The second reason was highly related to Saint Andrew. He was the patron saint of Scotland during the ancient times. According to the legend, he was crucified on a cross that was X-shaped, hence the flag.

For those who don’t know, the Isle of Man is an island that sits in the Irish Sea. Over the years, many countries have controlled this land. It also records the oldest Parliament in Europe ever. Among the countries that once had power over the island were Scotland, England, and Ireland.

Nowadays, the British Crown has authority over it. Being one of the Celtic nations, it shares a lot of resemblance of its other Celtic counterparts, especially Scotland. Even the spoken language there, Manx, bear a great resemblance to the Scottish Gaelic.

The flag of this nation is red with one of the famous Celtic symbols in the middle, Triskelion. This symbol is actually three interlocking spirals. There is a great implication behind this symbol, especially the usage of number three. This number has always been of great significance to the Irish and Celtic people in general. They deem it to be a luck-bringer. The three spirals come in different shapes, depending on what it represents. In this case, the flag of Isle of Man features three armoured legs with golden spurs.

Apparently, the Celtic nations embrace a wide array of symbols that represented something valuable to their culture. To the Welsh, dragons were the symbol of Celtic victory. Every symbol actually has numerous stories behind their existence. This makes it hard to know what is real and what is not.

The flag of Wales doesn’t only represent the Red Dragon of Cadwaladr, but also the Tudor colours; green and white. You are probably wondering who the Tudors are.

Well, they were the Welsh descendant kings of England. No wonder England has a lot to do with the Celtic culture. Going back to the flag, the symbol has been around for many years. It may represent the Celtic victory in a battle where they invaded Saxon according to legends. But, some also believe the symbol is associated by either Roman-Britain Unity or Arthurian Legend.

The flag of the Bretons is not as old as the rest of the flags listed here. It goes back to only the 20th century, yet the elements of the flag are much older. This flag narrates the history of the Bretons through a simple design.

Back in time, the descendants of Celtic Britains left their island during the Romans’ attempt to invade it. They settled in France ever since. Throughout history, the French attempted to suppress any cultural distinctions of the fleeing Celtic Bretons. They even considered them having an independent flag was deemed rebellious. However, the Breton folks managed to keep their identity surviving through the centuries.

Let’s break down the elements that makeup Brittany’s flag. For a starter, the flag is composed of nine horizontal stripes. These stripes, supposedly, represent the nine districts in which the Bretons stayed. They are divided into four white stripes and five black ones. The four white stripes represent the Breton Speaking regions. On the other hand, the five black stripes are a representation of the areas that speak French. This implicates that while the Bretons have resided in France for so long, they still managed to keep their identity.

Sadly, the Cornish language has long been silent, but the culture remains. The Cornish folks of the modern times still recognise their Celtic history even if they no longer speak the language. Cornwall sits on the low West Coast of England. Being that close, it attracts a wide range of English visitors. Their flag is usually referred to as either the Standard of Cornwall of the banner of St. Perran.

The White Cross in the middle of the flag represents the molten tin. It was a tin that St. Perran, supposedly, smelled and it was in a bright silver colour. On the other hand, the black background symbolises the surrounding black rocks. This is what legend claims.

The Celtic countries have apparently come up with a movement that supports all Celtic-speaking nations. There are some sides in the Pan-Celtic movement that suggest having an independent federal state for their own. However, this suggestion existed long ago after splitting from the UK and France.

George Buchanan was the one to come up with starting such a movement back in the 16th century. Just so you know, he was a Scottish scholar who was fond of the idea of a Celtic people union.

Yet, the movement only came to light in the 18th century under the name “the Celtic Revival.” Among the taken actions of the movement were establishing the Celtic Congress. They even incorporated the Celtic language in almost everything, including literature and the Bible. Since then, Celtic studies became an academic field to pursue just like the rest of the languages.

We hope this blog about the Celtic Nations was an enjoyable read! Share with us what you think in the comments below!