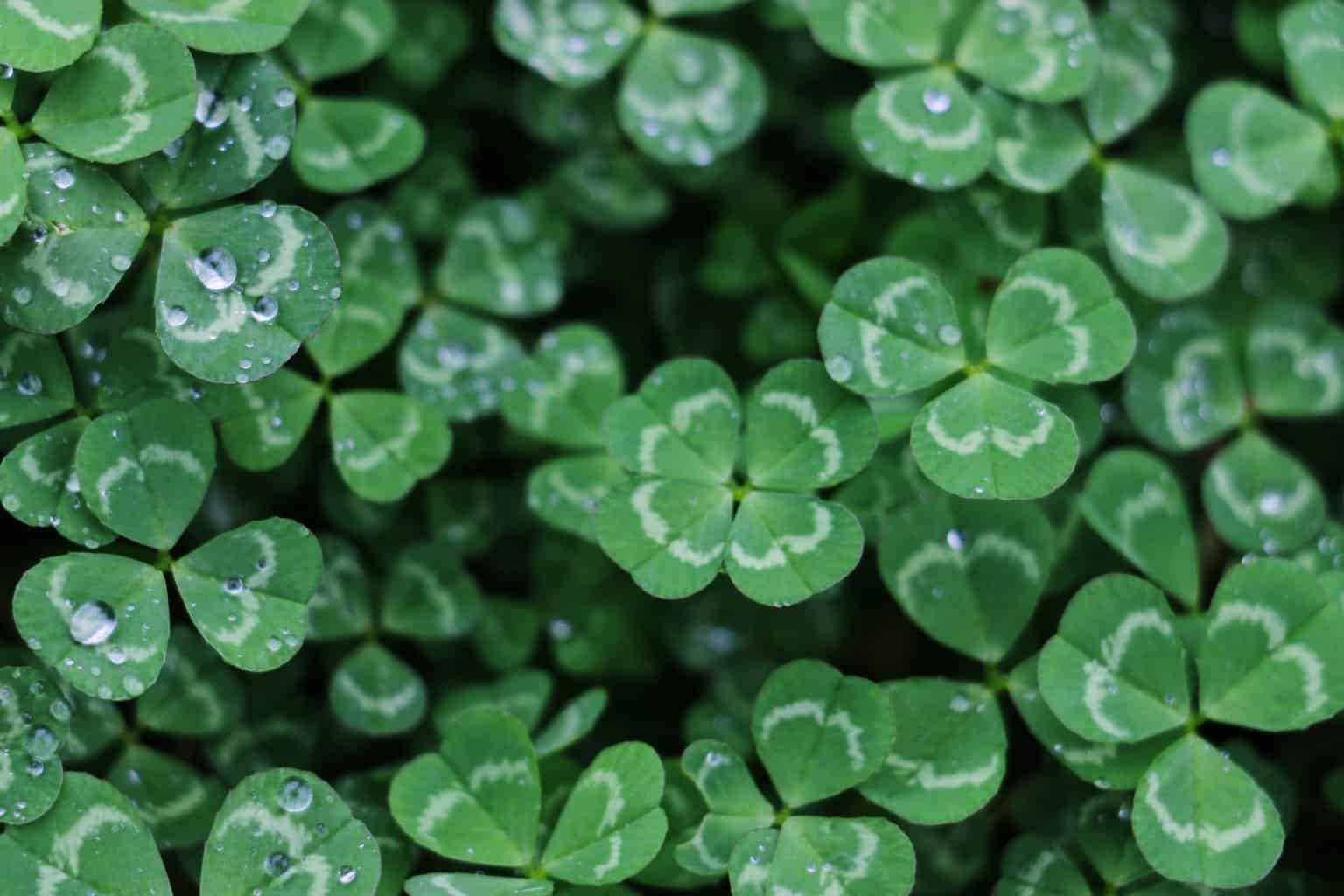 ‘The luck of the Irish’ is a phrase that we have all heard from time to time, usually during Saint Patricks day, or when an Irish person achieves something special. But have you ever considered why Irish people are considered to be so lucky?

Is there any evidence behind our supposed good fortune? In this article we will explore the history of Ireland’s prosperity and decide once and for all if our record of excelling at music, the arts, education and sports is really just a fluke.

In this blog you will find the following sections:

Our story begins outside of the Emerald isle, as a result of the Irish diaspora. Due to famine, poverty and a lack of economic opportunity, millions of Irish people immigrated to America, the UK and other countries in the hopes of a better life.

In his book ‘1001 Things Everyone Should Know About Irish-American History’ historian Edward T. O’Donnell, who is an Associate Professor of History at Holy Cross College, documents the real reason why ‘the luck of the Irish’ most likely exists.

The luck of the Irish supposedly begins in mid-nineteenth century California in the USA, during a period known as the Gold Rush. Many of the most successful gold and silver miners were of Irish or Irish-American birth. Over time the association of Irish people being exceptionally fortunate at mining gold became known as ‘the luck of the Irish’.

It is thought that the term ‘luck of the Irish’ was originally a derogatory phrase, insinuating that Irish miners could only find gold because they were lucky, not because of any skill or hard work. There is a common theme of discrimination against Irish people in the past. Many Irish people emigrated out of necessity, to support their family at home or to start a new life abroad. They were moving to survive and often had little to no education or experience.

‘No Irish need apply’ became a common sign on advertisements and negative stereotypes such as the ‘drunken Irish’ became widespread. In reality, many Irish immigrants were homesick, leaving behind poverty, death, famine and loved ones as they tried their best to survive in a new world. Throughout sheer determination over generations, the Irish were able to rise up in the ranks of society and became known for their work ethic and positive disposition.

One possible reason for our notable work ethic is due to the fact many first generation immigrants had no one to rely on but themselves. They could not afford to lose their job or take time off if sick or injured because they were the sole provider for themselves, their family in America and their relations at home. They had nothing to return home to and so, there was immense pressure to keep a job and excel at it. Many had experienced the death and trauma of famine and would do anything to avoid finding themselves in that situation again.

The reason as to why Irish people were thought to be exceptionally good miners is more than likely a combination of two things. Firstly, the aforementioned work ethic definitely contributed to the success of the Irish. Secondly, when we consider the time frames of the Great Famine (1845-1849) and the Californian Gold Rush (1848-1855) it makes sense that during the worst year of the Famine (1847) a noticeably large influx of Irish people arrived in America.

Residents and workers would have noticed the larger than usual emergence of poor Irish people and the fact that these new arrivals were more successful than others at finding gold would not have gone under the radar. Their success in spite of any experience or ties to the local community would have potentially led to resentment and thus the saying was born.

Throughout history people have taken derogatory sayings and redefined them into positive affirmations. Irish people have a tradition of transforming past insults into positive sentiments too. Today ‘the luck of the Irish’ is a common sentiment with no negative connotations, we have have even created our own Irish proverb related to it:

We are proud of our heritage and our achievements, as everyone should be. Our language is full of interesting sentiments, so much so that we have created an article devoted to ‘Irish proverbs and Seanfhocail‘.

Being lucky inherently undermines skill, hard work and genuine effort. Considering many unlucky things that have happened in our history, such as famine, war and oppression it may seem ironic to call the Irish lucky. However we as Irish people have thick skin, we tend to focus on the positive aspects of everything in life. ‘The luck of the Irish’ is something that has been embraced at face value which has turned it into a positive thing..

Did you know that the island of Ireland once had its own plentiful supply of gold?

Long ago, (from 2000 BC to 500 BC) Gold was a common resource mined in Ireland. It was used to craft jewellery for important people in society during the Bronze Age in Ireland. This was because of its beauty and malleability; gold could be melted down and hammered into any shape. Once cool it would retain that form.

There are many unique pieces of Golden jewellery preserved today in museums, including lunulas and Gorgets (necklaces), torcs (collars/necklaces), dress fasteners, sun discs (a type of broach) and more.

You can see the golden jewellery that was crafted by the Celts in our article called ‘Irish Art History: Amazing Celtic and Pre-Christian Art‘

By the Iron Age (500BC – 400AD) gold had become much more rare; you’d be very lucky to find some gold today in Ireland!

The Four Leaf Clover – The luck of the Irish

Shamrocks are associated with the Irish; ‘shamrock shakes’ are rereleased every March around the same time rivers are dyed green to celebrate the patron saint of Ireland, St. Patrick. Did you know that the shamrock is an anglicisation of the Irish word ‘shamróg’ which originates from the old Irish word ‘seamair’ and means ‘young clover’.

The real reason as to why the shamrock is associated with Ireland lies in Irish tradition. It is believed that when Saint Patrick arrived in Ireland to teach Christianity in the fifth century, he used the shamrock to explain the Holy Trinity to non-believers. People began to wear the shamrock as a way to celebrate the Patron Saint of Ireland on his feast day, the 17th of March. Shamrocks were inexpensive as they were found outside many peoples homes, but showed that a person had made a special effort for the day.

As the old Irish saying goes ‘An rud is annamh is iontach’ which means ‘rare things are beautiful’. If the Four leaf clover is anything to go by, we couldn’t agree more!

Other Lucky symbols – The luck of the Irish

If you thought that Ireland’s association with luck and gold has a relation to the leprechaun, we wouldn’t blame you! It is possible that the success of the Irish goldminers is a reason why Leprechaun’s hide a pot of the precious metal at the end of the rainbow.

It may also be due to the scarcity of gold nowadays compared to its abundance in Ireland in the past. Once upon a time Gold was a natural resource in Ireland.

In traditional Irish mythos the leprechaun is a type of solitary fairy who makes shoes. They like to be left alone and will not bother humans unless they are provoked. There are however other types of similar fairies, such as the culricaune who haunts breweries and loves nothing more than a good pint of stout and the fear dearg who is mischievous and actively tries to harm humans.

It is likely that the modern depiction of leprechauns were inspired by a combination of the three fairies.

It is also completely possible that traditional elements of leprechaun’s and their similarly related fairy counterparts were merged with the Irish reputation of being lucky or ‘the luck of the Irish’ at some time in the past, creating a new type of modern myth.

You can find out more about leprechaun’s, other fairies and the real life location of fairy trees in our fairy tree article!

Other lucky symbols include horseshoes which traditionally symbolise good luck, due to the strength and dependability of the animal. Horseshoes are considered lucky when turned upwards and were often placed over doors in a home. Alternatively, it was considered bad luck to have horseshoes turned downwards as it was thought the luck would fall out of the shoe!

Is the luck of the Irish Real? Here is what the statistics say!

The answers to the following questions are subjective. How do you measure luck? Is it by monetary gain, good fortune or the ability to overcome seemingly impossible odds? Here are some interesting facts that examine the idea of luck from many perspectives.

This may sound small, but considering the fact that our population is much less than other countries in the lotto draw, it is not exactly surprising.

Luckiest country in the world:

Australia is nicknamed as the ‘lucky country’. In 1964 Donald Horne released a book of the same title. He initially used the nickname mockingly and with negative connotations, alluding to Australia’s success throughout history being that of sheer luck. However, to his presumed frustration, the lucky has become an official tagline of Australian tourism.

The lucky country mainly references the country’s weather, natural resources, location and rich history. Similar to Ireland, Australia took a phrase that was quite sarcastic, and made it into a positive tagline to promote visiting their country. Considering it often tops the best places to visit and live in in many travel articles, we think that the Lucky Country has succeeded in promoting itself.

Luckiest person in the world:

Frane Selak of Croatia is considered the luckiest – or unluckiest – man alive, depending on your views. Selak survived seven seemingly fatal disasters in his life, including a train and a plane crash, as well as 2 freak accidents involving a bus and 3 car crashes. He then went on to win the lottery in Croatia, winning over £600,000. Maybe the odds were finally in his favour after seven near death experiences.

Selak claimed that the good luck which allowed him to survive actually caused a lot of people to avoid him. These people believed it was bad karma to be around the man. The music teacher lived to the age of 87 and while some of his accidents have not been independently verified, if nothing else, it just goes to show you how luck is subjective.

Final Thoughts on the luck of the Irish

So after reading our article on the luck of the Irish, what are your thoughts on this sentiment. Has the real story of the luck of the Irish surprised you? It is interesting to see how luck was originally seen as a derogatory term, insinuating that a person did not work for their success. It is also fascinating to see how countries like Ireland and Australia have reclaimed these phrases and turned them into positive sentiments.

Our achievements in music, art, sport and and education are our own; they are the result of work ethic and unwavering drive. That being said, there is nothing wrong with having a bit of luck; being in the right place at the right time has created many wonderful experiences for people.

We’d love to hear what you think in the comments below. With all that being said, may the luck of the Irish be with you!

If you have liked this article you may enjoy other articles on our site, such as: