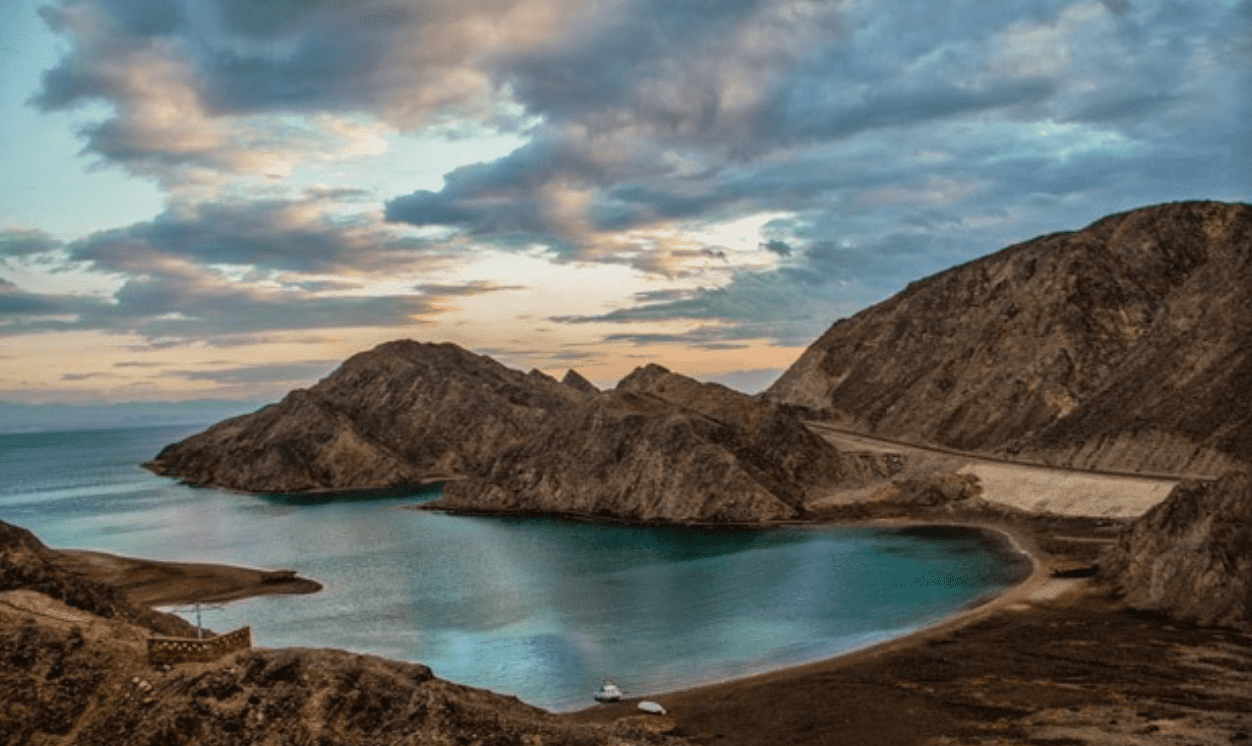 Egypt is one of the famous tourist spots in the world that attracts people from all over the world. One of the most beautiful spots in Egypt is Taba city that is known for its vast natural landscapes, ancient history, and charming atmosphere. Especially, in the summer when visitors can enjoy its beaches and long mountain ranges. The city gained its fame as a result of the huge growth of the tourism sector, which was able to provide services and multiple requirements for tourists from all over Egypt, neighboring Arab countries, and even Europe.

The city of Taba is located east of the Sinai Peninsula, between plateaus and mountains on one side, and Gulf waters on the other side. It is located about 240 km away from Sharm El-Sheikh and 550 km from Cairo. The city represents great historical and strategic value as a result of its location that overlooks the borders of 4 countries.

An overview of the history of Sinai:

In 1841, Egypt was a part of the Ottoman Empire, and by decree, Mohamed Ali became the sultan of Egypt followed by his sons who ruled over Egypt and Sudan, and that decree included Taba. This lasted until 1912 when the Ottoman Sultan sent a decree to King Abbas II depriving Egypt of half of Sinai. This led to a problem and ended with the British intervention.

After the 1973 victory for the Egyptian, there was a peace treaty to regain all the land of Sinai except Taba and it remained occupied until 1988 when an arbitration session was held in Geneva, Switzerland, and the result was in favor of Egypt, and in 1989 the Egyptian flag was lifted over the land of Taba.

With all this history, it’s no surprise that Taba remains one of the most interesting cities to visit in Egypt.

Things to Do in Taba:

This is the perfect place for history enthusiasts, as this museum contains more than 700 artifacts from different eras. The idea of building the museum came up in 1994 and it contains pieces from the ancient Egyptian civilization, Islamic and Coptic eras that were found in Sinai, as well as a collection of manuscripts dating back to the Ayubid era and also one of the important addresses of Saladin, in addition to a unique warrior shield.

Pharaoh’s Island is one of the beautiful attractions in Taba. Located about 8 km away from the city, it gained its name from its long history, dating back to the reign of the Pharaonic King Ramses II. It is also named the citadel of Saladin due to the citadel that he built on the island in 1170 using granite to secure the country from the dangers of external invasions. The citadel was built on two prominent towers on the island, surrounded by walls and towers for protection. Inside, it includes defense facilities, a weapons manufacturing workshop, a military meeting room, welding rooms, a baking oven, a steam room, water tanks, and a mosque.

Nowadays, the island is visited by many tourists from all over the world because of its beautiful views and it is also a perfect place for diving, where you will find lovely coral reefs. The castle was added by UNESCO to the list of World Heritage Cities in 2003 due to its cultural universal value.

Fjord Bay is located 15 km away from Taba City. It is a magnificent spot for divers as it contains colorful coral reefs and many types of fish. It is visited by thousands of tourists who love to dive, relax and enjoy the picturesque nature. It is well known for its waters where you can dive there up to 24 meters deep and then get through 12 meters of coral reefs and then you will find the wonderful marine life, including glassfish and silverfish.

It was announced as a nature reserve in 1998 and is located on an area of 3500 square km near the Egyptian border. It has one of the most beautiful beaches in Egypt. When you visit the reserve, you will find many endangered animals and rare coral reefs in its waters. Taba Reserve consists of sandstones that go back to the middle ages, and the Nubian and Maritime stones go back to the Cretarian period.

Taba Reserve contains caves, mountain passes, and valleys, such as Tir, Zlajah, Flint, and Nakhil that contain acacia trees and archaeological sites that are about 5,000 years old. There are many springs formed inside the reserve and surrounded by gardens and you will find animals and plants that are on the verge of extinction, as there are 25 species of mammals, like wolves and deer, 50 resident rare birds, and 24 reptiles, as well as 480 species of extinct plants.

It is located 25 km from Taba. It contains a group of diverse rocks of different shapes and sizes, which make them suitable for climbing and it attracts many tourists who love diving, climbing, enjoying beautiful landscapes, and the beauty of nature. You can visit the Colorful Canyon at dawn, to bask in the great atmosphere as you watch the sunrise the summit. Early risers will benefit from the fewer crowds on site.

The colorful rocks of the canyon are in the form of slopes that resemble a dry riverbed, and its length is about 800 meters. It was formed by rainwater, winter torrents, and mineral salt veins, for which channels were dug in the middle of the mountains after they continued to flow for hundreds of years. A part of the canyon contains brown, red, yellow, blue, and black fossil coral reefs, which indicates that Sinai was submerged under the sea in ancient geological times. At the top of the canyon, you can see the mountains of 4 countries: Saudi Arabia, Jordan, Palestine, and Egypt.

It is located in the north of the city of Taba, and it is currently being set up to be one of the most luxurious tourist sites in the Middle East and North Africa and the first entertainment venue of its kind in the region, with amazing views overlooking the Red Sea.

There are many resorts and luxury tourist hotels in the area, such as Sofitel, Regency, Strand Beach, El Wekala, Aquamarine Sunflower, Bayview, Morgana, and Miramar.

Castle Zaman is located on a desert hill between the cities of Taba and Nuweiba and is considered a unique shrine. You can enter the castle’s beach, which is known for its pure sand and crystal clear water, as well as a group of the most amazing coral reefs. The castle has elements of comfort and warmth that you might not find at any other place. There are swimming pools that you can use all day, or you can enjoy a diving tour among the fish, marine creatures, and colorful coral reefs in the Red Sea.

No metal materials were used in the construction of the castle, as it was built entirely in stone. Wood was used in most of the construction and furniture in the castle. The lighting units or chandeliers are all hand-made of glass.

Built in 2009, the Salt Cave was built with four tons of Dead Sea salt mixed with salt from Siwa, which is known internationally for its purity and containing more than eighty elements.

Research proved that salt emits positive ions that can absorb the negative ions that emanate from some devices, such as mobile phones so it can help relieve anxiety and psychological tension. A session inside the cave can extend to 45 minutes, during which the visitors practice meditation with music chosen by specialized psychologists. Also, you will see lighting in different colors, such as orange, white, green, and blue, which help activate brain cells. The experience can also improve breathing by inhaling fresh air and is beneficial to those who suffer from asthma and allergies.

Taba is a magnificent city on the eastern borders of Egypt. It offers a multitude of activities and attractions for all tastes, whether you prefer relaxing by the beach or heading into a desert adventure.

Make sure to take in as many sites as you can while you’re there!

Boston Like a Local: A Weekend in The Historic City