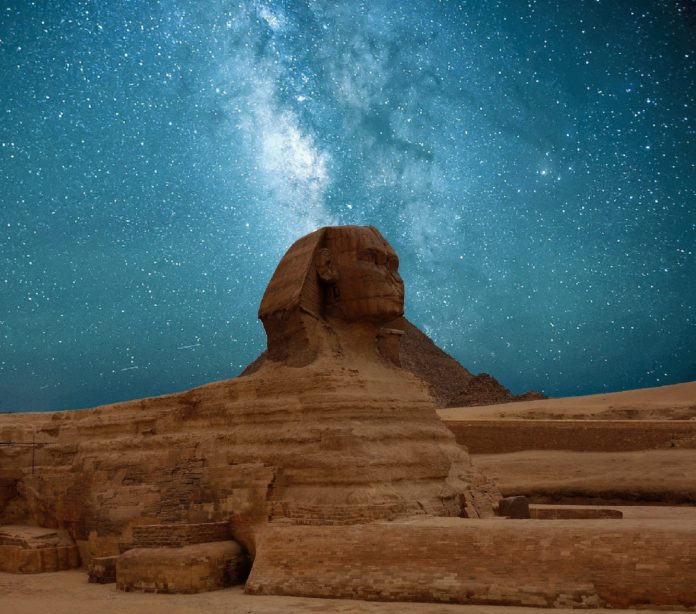 People of the Ancient world tended to believe in the signs of the natural world. They thought that everything in life has significant symbolism. Objects and places always meant something; they either brought you luck, love, and fortune, or bad luck, curse, and death.

Such beliefs have made many people from different cultures around the world to be superstitious. They gave meaning to everything, and these beliefs managed to descend from one generation to another. Superstitions in Egypt are no different.

Egypt possesses a rich history and culture. It also houses some of the world’s fascinating landmarks. The ancient Egyptians were very superstitious, with a handful of myths and legends that haven’t died to this very day. So, if you plan to visit any of the following places in Egypt, learn about these superstitions around them.

Tombs in the Pyramids

The monumental pyramids of Giza are one of the most popular tourist attractions in Egypt. Rarely do tourists go miss visiting the pyramids. However, not everyone is aware of their significance or the beliefs that revolve around them. Also, these giant buildings are home to prominent superstitions in Egypt.

In ancient Egypt, tombs were only built for members of the royal family, encompassing all of the person’s valuable materials. That’s because the Ancient Egyptians firmly believed in resurrection and the afterlife. They also thought that they needed to protect their tombs, so they built the pyramids.

The tombs’ walls contain inscriptions claiming that anyone who shall open the tomb and disturb the dead will be cursed. From here, the curse of the pharaohs has become an acclaimed notion that many Egyptians believe in.

When some of the archaeologists happened to die after opening the tomb, they somehow supported this theory. Harmful bacterias and poisonous substances reside within tombs, yet many decided to believe in the vitality of the curse instead.

Learn more about the Pyramids of Giza

Siren of the Nile

We have all heard about tales of beautiful women that lure men at night to kill them in the most gruesome ways. This tale exists in most of the world’s mythology legends. It also suggests that these tales are where the notion of mermaids originated.

The siren of the Nile is one of the most prevalent superstitions in Egypt. It’s a tale of a beautiful woman that sits by the river, waiting to lure men into her trap. Egyptians refer to this creature as El Naddaha, an Arabic word that means a woman that calls upon someone.

When El Naddaha calls upon a passerby, it becomes vehemently challenging to ignore her soft voice- so the story goes. Men who are called by the siren vanish into the mysterious river. Those who manage to resist her live a life full of sorrows and sufferings that they end up committing suicide.

This tale bears a remarkable resemblance to the banshee tale of Irish folklore—the exact legend of beautiful women luring men into the rivers and vanishing them forever.

Ghosts of the Baron Empain Palace

Tales of ghosts and haunted houses seem to be a subject that piques the interest of Egyptians. Among all the superstitions in Egypt, the Baron Palace wins a prize. It’s one of the most popular places that the locals claim to have seen several ghosts at. A splendid architecture masterpiece that proudly stands in the heart of Heliopolis residence in Cairo.

Empain is the Belgian Baron that built this palace along with the whole neighborhood in which it sits. The castle has a tower on one of its sides. Legends say that the palace lady had mysteriously fallen off it, immediately sent to her grave.

People profess to see fires suddenly breaking out of the windows and disappearing. They also believe in hearing screams of anger and rage from the hollowness inside the palace. Such phenomenon was given an interpretation that the lady’s spirit stayed within the palace, avenging her death.

These beliefs have gained the palace a notorious reputation of being haunted by evil spirits. It attracted cults of evil worshippers to practice odd rituals within the walls. However, the Ministry of State of Antiques obtained the palace in 2009. It underwent severe restoration processes for two years and is now a tourist destination open for guests from all around the globe.

The History of the Baron Empain Palace

The Attic of the Tiring Building

The story begins when the Austrian merchant, Victor Tiring, arrived in Egypt ready to impart his knowledge in Turkish tailoring. He built the Tiring building in the middle of the Attaba, an old district in Cairo, to be a premier shopping destination. Tiring definitely had no idea he was adding a new building to the list of superstitions in Egypt.

Several years later, the Egyptian Jews occupied the building. It started to lose its primary purpose after a decade. The building was no longer a spot for purchasing luxury goods. Merchants turned the building’s rooms and apartments into storage places for their goods. Yet, only one room remained unscathed, the attic.

For some unknown reason, the room right below the dome remained sealed, with no one ever daring to open it. There are various chains and locks over its door. Rumors have it that ghosts haunt the attic.

The Tiring building is one of the abandoned places in Cairo that screams for attention. It is like a dumped building where ghosts celebrate their own Halloween there. While there isn’t a lot to see there, its strategic location links the Attaba square to the districts of Old Cairo. So, you can glance at the spooky building and then embark on a historical journey around old Cairo.

The Building of Ghosts in Alexandria

Alexandria is one of Egypt’s most beautiful cities. Locals call it the Bride of the Mediterranean for being the largest city on the mediterranean sea. There are various tourist destinations in Alexandria where you can learn so much about the history of Egypt. Not to mention the magnificent sceneries and refreshing breeze that the city possesses.

Despite its exquisiteness, Alexandria has a hair-raising side that none of the locals ever deny. On one of the city’s prominent streets, Roshdy street, you’ll find building number 412. It’s not just a regular building; it’s one with endless spooky tales and entitled the Building of Ghosts. This building is a real depiction of superstitions in Egypt. Given the many beliefs that surround it, it remains empty and unoccupied.

The building was erected on the land that was formerly a cemetery, holding bodies of people who died in mysterious ways. This fact has led people to think that the tormented spirits of these people roam around the building.

It is also believed that whoever sets a foot inside the building dies in the most gruesome way. Tales also profess that the ghosts that live within the building dislike the company of human beings. They claim that whoever resides inside wakes up on the streets with their furniture mysteriously thrown out.

Superstitions in Egypt don’t seem to ever die. Modern Egyptians have inherited some beliefs from their older generations that claim to bring bad luck. Although the younger generations debunk these myths, it is still deemed disrespectful to the older ones.

Here are some humorous superstitions in Egypt that you may enjoy reading about:

One of the most famous superstitions in Egypt is that leaving the scissors open brings bad luck. Also, opening and closing the scissors without using them for their primary purpose brings inevitable doom to the house residents.

According to superstitions in Egypt, the tale states if the soles of any footwear aren’t facing the ground, it is an offense to whoever they face. It’s a sign of disrespect if you lift your foot off the ground and leave it facing someone. Some people dread inverted footwear, thinking it is a sign of offending the heavens or God. No one knows how this myth originated, but it is still going around in Egypt, even if humorously.

Leaving Food in your Plate

This is the most popular superstitions in Egypt, especially among young children.

Children are always encouraged to finish their plates to the very last bite in the strangest ways. There is an ongoing superstition that food remains to chase you on the Day of the Judgment. So, you better not leave this last bite; it may outrun you after death.

Well, most of the world’s cultures are guilty of accusing innocent black animals of strange things. Egypt is no exception. Many Egyptians believe that black cats or dogs are possessed by evil spirits and shall be avoided. Also, black crows or ravens are signs of bad luck.

There is this peculiar notion in Egypt about eye twitching, and it is never related to a medical reason. The locals developed several superstitions in Egypt, relating a mere medical case to the supernatural world.

Legends have it that eye twitching means something terrible will happen unless it is the right eye. Yes, if the right eye was the one to twitch, then pleasant news is coming your way.

Bathrooms are guilty of many superstitions. They are believed to be homes to ghosts and evil spirits. Many dangers surround the bathrooms, according to Egyptians. This includes that staying in the bathroom naked for too long encourages spirits to possess your body. Not only that, but singing can make a ghost fall in love with you and curse your life for good.

Despite the odd superstitions in Egypt, we cannot deny the splendid attractions and rich history it offers to the world. So, pack up and go explore the magnificent spots that this country has in store.

0
The portmanteau of breakfast and lunch, brunch has become the favourite meal across generations. The brunch Belfast has to offer is innovative and fulfilling,...
Read more
Italy

0
"When a man is tired of London, he is tired of life," once said Samuel Johnson. However, I would like to rephrase this as...
Read more
Northern Ireland

0
Dunadry Hotel is one of the popular hotels in Northern Ireland that lots of tourists and visitors come to stay.  In order to keep attracting...
Read more

0
Picture This are a relatively new Irish band, having only released their debut album in 2017 (which was a huge success), but the band...
Read more
Egypt

0
South Sinai governorate is one of Egypt’s renowned touristic destinations. It is located in the southern part of Sinai Peninsula. Approximately 65 % of...
Read more
Culture

0
St. Patrick’s Day is a popular celebration that allows Irish people to celebrate their history and culture. It is known for parades, shamrocks, and...
Read more