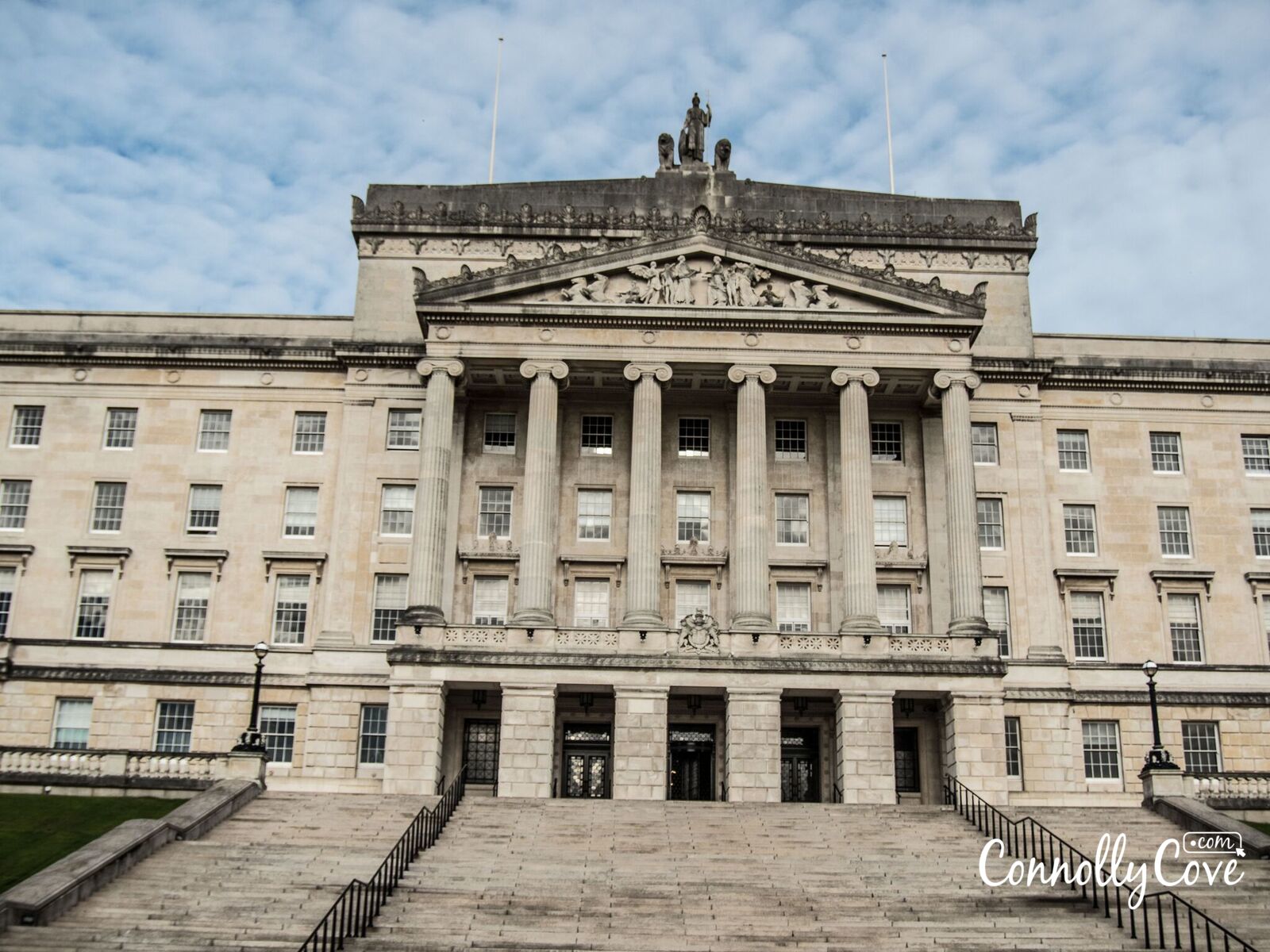 Stormont Estate is a public park situated in East Belfast, Northern Ireland. It is home to the Northern Ireland Assembly building know as ‘Stormont’ (Parliament Building) which is surrounded by stunning woods and parkland. The Estate has won the prestigious Green Flag Award, which recognises its beautiful gardens, walking trails, and is considered one of Northern Ireland’s Best open green spaces.

Around the estate, there are many things that might take your interest such as the historic buildings and statues, WW2 posts and memorials, also the beautiful gardens and views that overlook the City.

The parliament building is very historic and one of the most recognised pieces of architecture in Northern Ireland.  It is also home to the Northern Ireland Assembly, the legislative authority for Northern Ireland, established under the terms of the 1998 Good Friday Agreement.

The building was designed by Sir Arnold Thornely who was knighted by King George V in recognition of his amazing architectural work. He designed the Assembly building with perfect symmetry with symbolism, such as the building is 365ft wide representing one foot of each day of the year. The Building also has six floors with six pillars at the entrance, representing every county in Northern Ireland.

The grounds of Stormont Estate (224 Acres at the time of purchase) cost approximately £20,000 while the cost of constructing Parliament Buildings came close to £1.7 million. The Prince of Wales, later King Edward VIII, declared Parliament Buildings open on 16th November 1932.

There is free tours available for those who wish to explore the lovely surroundings of the estate and the historic building between 9am- 3pm, Monday- Friday. To find out more about tours and visits click here.

Have you been up to Stormont yet for a visit? what did you think of the building? Let us know in the comments below.

0
The Blackstairs Mountain, County Carlow is one of the counties most known attractions. Although the hill runs along the border of County Carlow in...
Read more
Bars & Restaurants

0
Naples is a city famed for its food and drink as well as its beautiful coastlines and architecture. But what exactly do Neapolitans eat...
Read more
Ireland

360 Degree Video of The Cliffs of Moher, Ireland

0
The Cliffs of Moher is one of the most visited tourist attractions in Ireland - and it deserves to be - and not just...
Read more

Top Locations to Visit in Italy for Art Lovers

0
Throughout its history, Italy led the world in art and architecture. From Da Vinci to Michelangelo, Donatello, Bellini, and more, you cannot visit the...
Read more
Tunisia

0
Want a change of scenery and an unforgettable adventure? Want to learn more about different cultures? A trip to the heart of Saharan culture...
Read more
County Down

0
Mount Stewart: Home to One of the Most Beautiful Gardens in Ireland Mount Stewart, the house inspired by Edith, the Marchioness of Londonderry (aka Derry),...
Read more