Close X
Home/The World/Stavanger: A Profound Tour Around 18 Best Places of the Forgotten Side of Norway

Stavanger: A Profound Tour Around 18 Best Places of the Forgotten Side of Norway 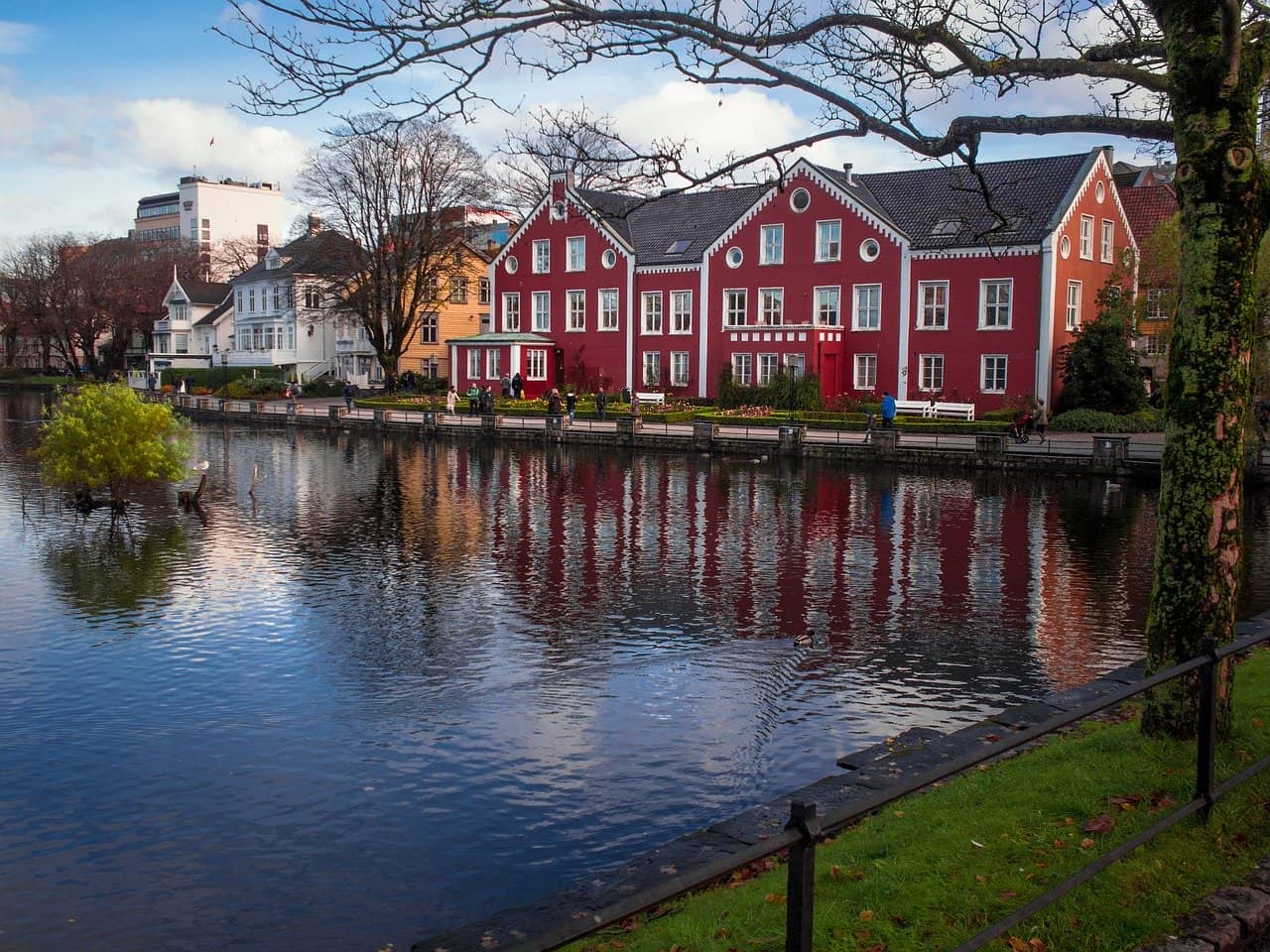 Most travelers tend to head to the capital cities when visiting a country for the first time. Whether it’s your first time in Norway, we encourage you to head to the forgotten city of Stavanger. Situated on the southwestern part of the Norwegian coast, Stavanger is a vibrant city with so many magnificent places to visit.

Not only is Stavanger the third-largest city in Norway, but it’s also one of the oldest communities in the country. Tracing its roots back to as old as the 12th century, it’s easy to guess how rich in history and culture the city is.

Besides being home to numerous Vikings tales and sardines-laden seas, exciting musical festivals take place on the islands every year. Such festivals are known to be held during the months of Summer, especially in May and August.

Thus, we have crafted for you an all-inclusive list to help your Stavanger itinerary. Whether you’re into museums, natural landscapes, or big city’s attractions, here’s a comprehensive guide to the ultimate attractions:

The Pulpit Rock, or Preikestolen, is one of the most prominent attractions in the city of Stavanger. Its location takes a little trip to reach it, as it sits in the county of Rogaland, just above Lysefjorden. This tourist attraction is best known among hiking lovers. Getting on top of this steep cliff offers splendid views, overlooking the vast landscapes of the city.

Right below the Pulpit Rock lies the iconic Lysefjord at the eastern part of Stavanger. Taking a trip to the Lysefjord is a magnificent experience you will never forget. This fjord is a visible cleft in the mountains, stretching for several kilometers and offering pleasant sightseeings. It overlooks a splendid view of bright green waters, surrounded by alluring rocky walls. If you’re not into hiking, you can rent a boat from Stavanger and embark on this journey in the waters.

The Valberg Tower is one of the oldest buildings of Stavanger that sits in the north of Market Square in the Holmen Peninsula. It’s well-preserved despite being an ancient building. Moreover, it was formerly a watchtower built on the city’s highest point where a watchman lived to warn people when there was fire. Nowadays, it’s a high point where you can observe the scenic landscapes of the city.

Kjeragbolten is where the most popular rock in Norway lies, the Kjerag. Lying between two mountain cliffs, the rock gained popularity among tourists in no time. Although being a strenuous hike and dangerous spot, many travelers head there and risk it all for an Instagram-worth picture. This spot is also deemed among the most challenging hikes in Stavanger, yet many tourists flock there every year. The sightseeings offered from up there are also ones to die for.

Ledaal House is a mansion in Stavanger that draws tourists from everywhere to witness the lavish life Norway’s elite used to live. It was formerly built as a summer house for the Kielland family back in 1799. Nowadays, it’s a museum that exhibits the family’s luxurious furniture and items. There are also historic gardens that feature dazzling collections of flora and trees, and it’s totally worth seeing.

Swords in Rock is a hidden attraction in Stavanger city that many tourists usually miss. It’s located in the neighborhood of Hafrsfjord Madle that lies in the southwestern part of the city. The Swords in Rock is a monument that represents serenity and freedom. They also commemorate the battle fought by Harald Harfagre in order to unite Norway.

As the name suggests, the Norwegian Petroleum Museum gives the tourists a full explanation of the cycle and history of petrol. We know this may not sound very compelling, but let us clarify this for you before you judge. These innovative museums combine history, technology, geology, and science all in one place. Several interactive methods are used to explain the scientific matters to the tourists while keeping them entertained.

The Flor Og Fjære is an artificial garden located on the Sør-Hidle island. It features a collection of exotic plant life and lush trees between which some small lakes course. This garden is a great spot to tour around in tranquility and peace. There is also a restaurant inside that serves the visitors various kinds of food and beverages.

Well, it’s known worldwide that Stavanger is home to the world’s best sardines. Not only that, but they also have the Norwegian Canning Museum to display the interesting side of sardines. Being Norway’s most prevalent export goods, sardines’ processes are exhibited within the museum. This museum is a great family destination, for they dress kids as cannery workers and show them around the museum.

This cathedral is the most prominent one in the city as well as the oldest, dating back to the 12th century. The Gothic-like church is located in the city center, being easily accessible by tourists and visitors from everywhere. It houses several worth-seeing monuments, not to mention its magnificent interior decorations. You can also visit the Bishop’s Palace sitting behind the cathedral and overlooking the Breiavatnet lake.

One of the oldest historic well-preserved buildings in Stavanger is the Breidablikk Museum. Located on Eiganes road across the Ledaal House, the splendid villa used to be home to the Berentsen family. You can learn so much about their history from their preserved items. This museum has three floors open to the visitors where they can delve into the art of history and architecture. The Breidablikk Park attached to the villa is another site that’s worth visiting.

The Stavanger Museum serves a different kind of people since it houses distinct departments, featuring numerous collections. This museum houses several other museums that showcase different concepts and collections. These include the Norwegian Canning Museum, Art Museum, Norwegian Children’s Museum, Maritime Museum, and Museum of Natural History. There is just so much to explore within the same site.

What used to be a dull street is now the most colorful one in Norway, Øvre Holmegate. Thanks to the many artists who collaborated in this project, they turned the Fargegaten street into a vibrant and colorful area. Today, it is one of the major attractions in the city, given the splendid colorful paintings that make for a dazzling background in pictures. You can explore the shops presented along the street where you can purchase souvenirs or just buy beverages to sip.

Located a few kilometers away from the city center, the Stavanger Art Museum is an exhibition of different art collections. There’s a wide array of art collections, both Norwegian and International, and you won’t help but admire them. It’s said that the paintings collection of Lars Hertervig gained the visitor’s attention the most, given its personal and romantic nature. Since the museum is located in a park, explore the area outside and observe the beautiful Lake Mosvannet lying nearby.

The Iron Age Farm is a reconstructed area that takes you back in time to the Iron Age. This farm mimics one that actually used to exist some many centuries ago. Visitors come here to take a glimpse into the lives of prehistoric people and stare at a site of a bygone era. Here, you will learn a lot about how people used to live in the Iron Age. You can also attempt lighting a fire and grind grain into flour. It’s a brand new experience where you’ll discover if you could survive that era.

Gamle Stavanger is also known as the old area of the city. It’s a historic area where archaic homes line the stone-paved streets. Legends have it that this neighborhood of wooden houses is the largest one to survive to this day. Strolling around the streets of this picturesque area feels like a tour in the past. Also, the area has several museums and galleries that you can explore.

Mostly, everything in Norway reminds you of the Vikings that once inhabited these lands. If this piques your interest in their history, you should visit the Museum of Archaeology. This terrific museum houses a wide array of everything that is Viking. You will observe replicas of Viking weapons, artifacts, ships and boats, and costumes. Besides all of that, there is also the most popular exhibit, Finn. It’s a skeleton of a polar bear dating back to the Ice Age. There are many fascinating tales to hear within the walls of this museum.

Utstein Abbey is a well-maintained monastic house that lies in the northern part of Stavanger, where many islands and islets do. It sits on the island of Klosterøy. The monastery dates back to the 13th century. Not only will you explore the abbey, but you can also explore the surrounding site. You can reach this area by taking a boat from Stavanger. On the way, you will witness numerous pleasing sights of natural landscapes.