The Statue of Liberty: Your Guide to Visiting New York City’s Enthralling Monument 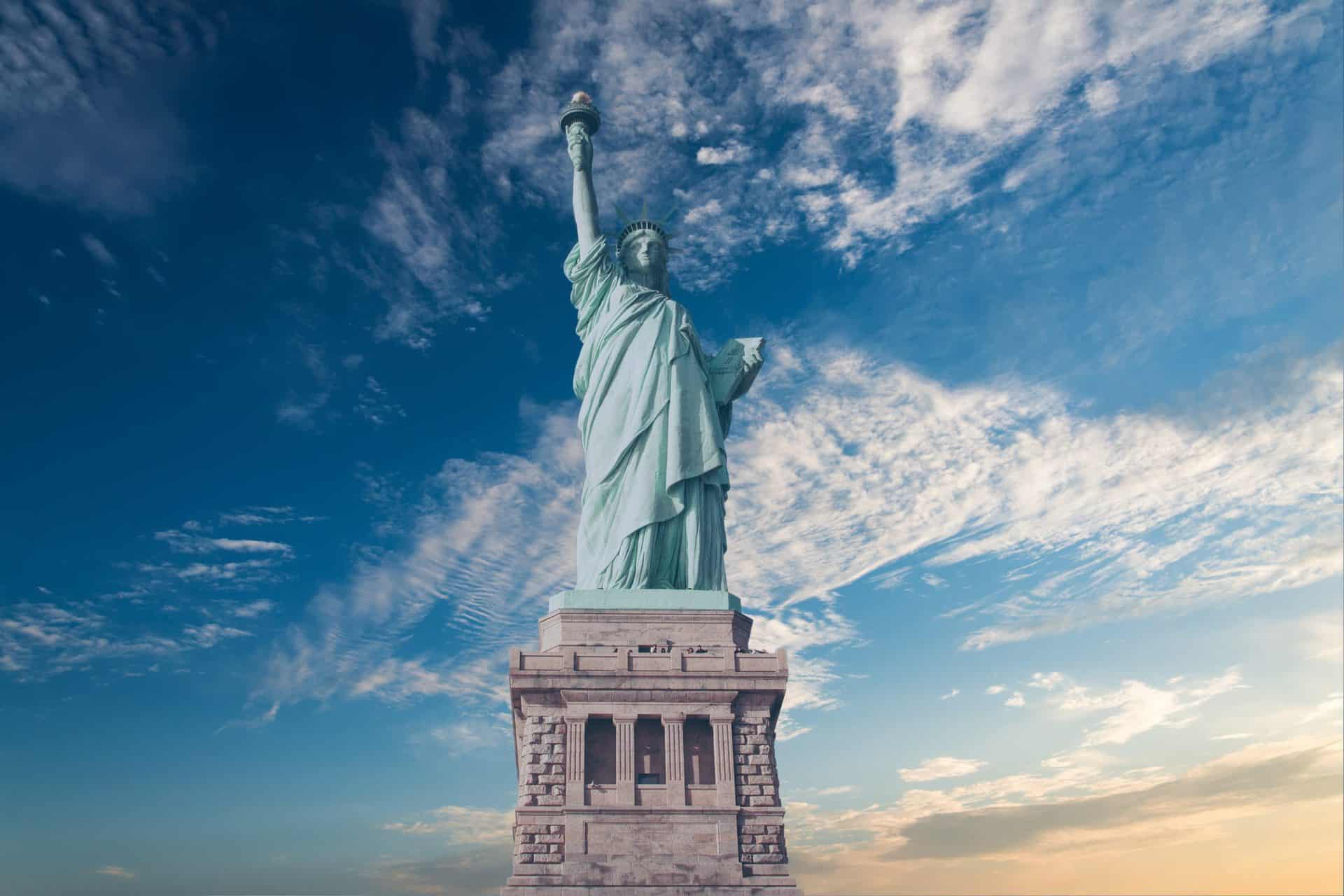 Visiting New York City for the first time can be an unforgettable euphoric experience. It’s those moments when the famous streets of New York are no longer on the big screen; they are live right before your eyes. While there are more than a few landmarks to see while exploring the busy streets of the city, the Statue of Liberty remains an unmissable destination.

This historical landmark has been standing tall as a prominent symbol of the United States since 1886. The colossal neoclassical sculpture has been drawing tourists from every corner of the globe. In case you never knew this, the Statue of Liberty commemorates the friendship between the Americans and the French.

There is a whole story behind this statue that we will let you dive into just shortly. There are a lot of questions revolving around this fascinating attraction. We are willing to walk you through many interesting details about the Statue of Liberty before you head visit it for yourself. Delve into all the needed information, history, and facts of this landmark that is well-known by the whole world.

How to Get to the Statue of Liberty?

Well, it’s commonly known among almost everyone that the Statue of Liberty is in New York City, being a prominent landmark to the city. To be more precise, the 93-meters statue proudly stands on Liberty Island in Upper New York Bay.

This little island can be reached via a ferry. Statue Cruises operates those ferries that take visitors from either New York City or New Jersey all the way to the Statue of Liberty. If you’re willing to embark on this little journey from New York, you’ll to board the ferry from the historic area of Battery Park. However, Liberty State Park is your boarding station from New Jersey.

No matter which destination you choose to board the ferry from, we assure you will have a thrilling experience anyway. Seeing the Statue of Liberty up-close is a delightful experience in itself. It’s also quite different from seeing it on the screens or in pictures. You will also get to learn about its history which may not be popular amongst many.

History of the Statue of Liberty

The fascinating monument is over a century old, being opened to the public around 135 years old. Ever since, it has become a prevalent attraction that people from all over the world fly to see. It was like a form of friendship symbol between the two countries back then.

Many creative designers worked on bringing this soaring attraction to life. The idea for the Statue of Liberty was that of Édouard René de Laboulaye, a French author, activist, jurist, and poet. However, the sculptor who did worked on transforming the idea into reality was the bright French sculptor, Frédéric Auguste Bartholdi.

In case you’re wondering why exactly is the Statue of Liberty a female figure, we have the answer to this question. The statue represents Lady Libertas, the Roman Goddess of freedom. It holds a torch, representing the light that brighten up the path leading to freedom.

This landmark was originally a gift that France had presented to the United States in October 1886, being the tallest iron structure built at the that time. Before becoming a prominent attraction, the Statue of Liberty served as a lighthouse. It used to light up to 24 miles ahead and continued to serve as such for 16 years, starting from 1886 to 1902.

The UNESCO World listed this attraction as a Heritage Site in 1984. It was also ranked among the most visited monuments around the world before the pandemic hit the planet. You can find smaller versions of the statue replicas in Nevada and Paris.

The Statue of Liberty, obviously, serves as a universal symbol of freedom and democracy. We can also recognize that the crown contain seven spikes. These spikes represent the seven continents and oceans of the world. Choosing this number doesn’t only embrace almost the entire globe, but it also conveys that message that the concept of liberty is rather a universal one.

Things to Do There

The sight of the Statue of Liberty is quite astonishing, but the activities there are not limited to just observing this masterpiece. Gladly, there are several things to keep yourself busy with while visiting this part of Manhattan, especially for history buffs. The statue erects on the Liberty Island, leaving room for visitors to unravel the history of this fascinating region.

There are more than a few museums on site that you can explore and delve into the hidden parts of history. However, once you are done with the surrounding area, you need to dedicate your attention to what you are really here for, the Statue of Liberty itself.

The statue encompasses some exhibits within the structure. The second floor inside the statue house the Statue of Liberty Exhibit. This part displays a wide array of artifacts, photographs, and prints. They manage to narrate the whole history of the statue since the date of its erection. The best part is that admission to this exhibit is totally free.

Tours are offered within the Statue of Liberty, in both video or audio. If you are more of a visual person, you need to visit the Visitor Information Station. This exhibit features short documentaries that show details of the making of the statue.

On the other hand, you can take on an audio tour. However, it is not just an audio tour, you actually get to visit the key attractions around the Liberty Island. On this tour, you will pass by the most prevalent sites on the island. You will also get to see fascinating monuments. This tour also has a version for children, narrating the story through animal characters and it’s available in several languages.

Here comes the best part of the trip, which is climbing the crown of the Statue of Liberty. The access to this part in particular is restricted and limited for safety reasons. You need to book in advance through the Statue City Cruises. Moreover, the only way that you can get to the crown is only by stairs, 354 stairs, precisely.