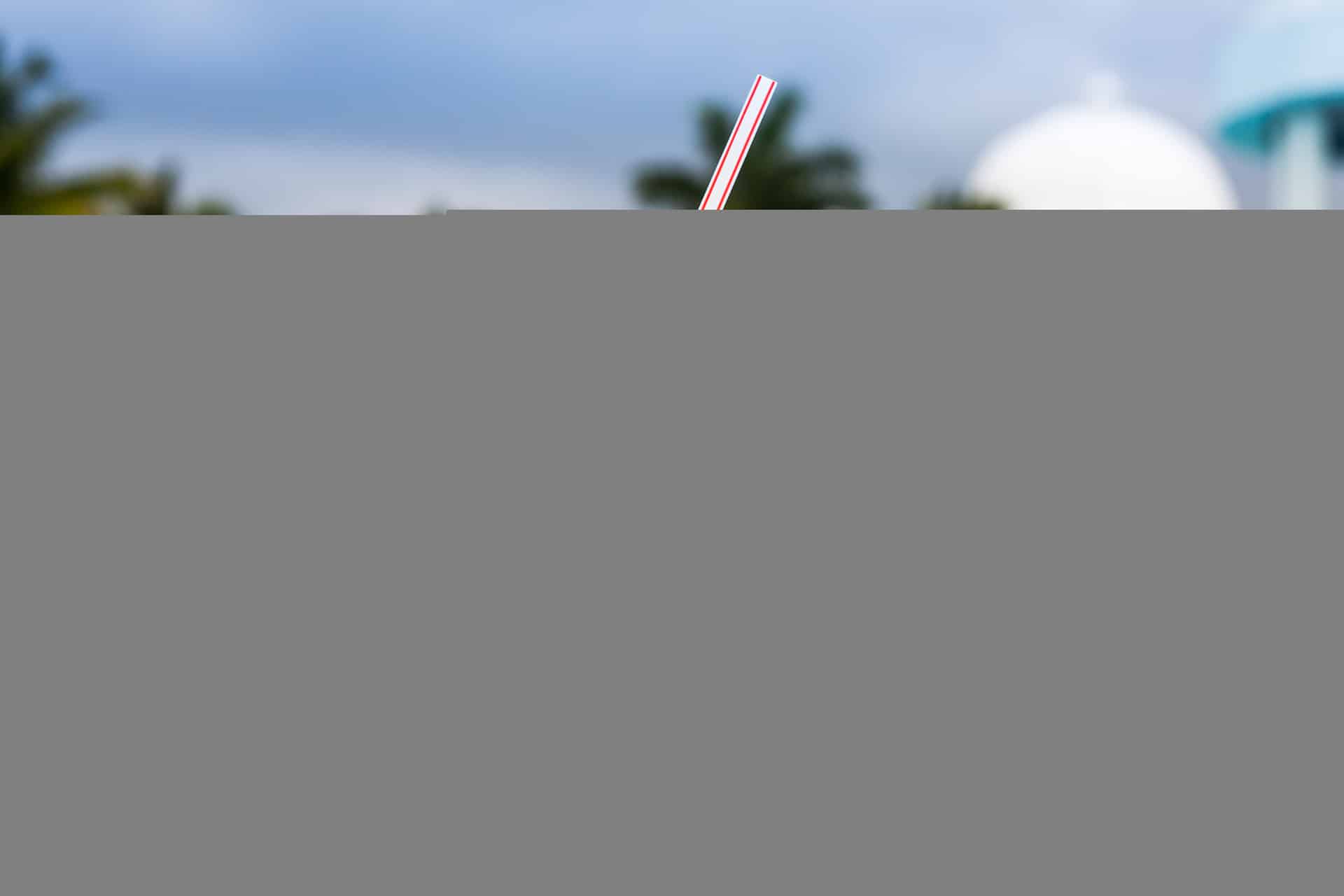 We visited the lovely Lakeside Bar and Grill in Killyhevlin Hotel, Enniskellen and bartender Steve taught us How to Make The Perfect Strawberry Daiquiri and we though we would share with you. The Strawberry Daiquiri is perfect for sitting by the pool with your feet up relaxing on a hot summers day and this is how to make it:

3. Add a dash of grenadine for extra sweetness and color if you would like.

4. Final step! Give that a mix and pour into your cocktail glass and delight your taste with some fine winery.

Like most classic cocktails, the precise origin of the Daiquiri is a little murky, but this cocktail is better documented than most.

Cuba has a very complex past. Most people only know of it as a Cold War foe of the United States, a very foreign country only a hundred kilometres away from everything. It has been that way since Castro took power in the late 1950s.

First discovered by Christopher Columbus and claimed for Spain, this small island has been colonized by other countries for its entire history. It has a temperate climate, making it great for growing crops, and a location that was excellent for a stopping point after several months at sea. The United States began the Spanish-American War in April 1898, and by the middle of July had defeated Spain. The country went through much devastation and turmoil in its infrastructure and land.

However, before all of that happened, when Spain allowed some flexibility in the colony’s trade, the floodgates opened and money came pouring into the coffers. They were filled primarily by two different crops; tobacco and sugar. Tobacco was very easy to process. Sugar was not. There was a complex system used to create sugar crystals, and the leftover molasses was a sticky mess to discard. This sets the backdrop for the creation of one of the finest cocktails in modern history: the Daiquiri.

Once again, it is a tad difficult to know for certain the circumstances surrounding the birth of the Daiquiri Cocktail. However, many agree on its creator, Jennings Stockton Cox, and its birthplace, the iron mines of Daiquiri in Cuba. Following the American Victory in the Spanish-American War, the U.S. moves in to capitalize on the rich Cuban iron mines and Cox, working for the Baltimore-based Bethlehem Steel leads one of the first expeditions into the Sierra Maestra mountains close to the town of Daiquiri (see where this going?) on the south-eastern shore. One night, while entertaining guests from the mainland, Cox runs out of Gin but thankfully, due to generous rations, he has built up quite a stash of the local Bacardi Carta Blanca rum. So as not to expose the delicate constitutions of his guests to straight rum, Cox mixes it with lime juice and sugar, thus creating the Daiquiri.

This new cocktail remained within Cuba for some years, because at the same time, in 1900, the Cuba Libre cocktail (rum, lime, Coca-Cola) was created and became immediately famous and almost diminished the identity and relevance of the Daiquiri. As if things weren’t already bad, the little town of Daiquiri was also hit by a plague epidemic in 1903.

In 1916, an American-German chemist named Karl Grueneklee established a plantation in Cuba to produce a concentrated lime juice. It was the type of lime that was made to be carried in a pocket. And, one of the very interesting selling points of his juice was the opportunity to make a Daiquiri cocktail whenever and wherever you wanted. “There is as fine a Daiquiri cocktail as anyone could want”, he said. Alas, the Daiquiri had to wait until the prohibition period in the USA to become famous, with tourists and barmen flying to Cuba to drink alcohol and get snuggled in their convenience.

The Cuban bar The Florida, which became The Floridita, and which was also nicknamed The Cocktails Cathedral, presented a book with four variations of Daiquiri in 1939. In the same year, this bar was presented as “The Cradle of the Daiquiri Cocktail” and proposed five variations of cocktail. The bar claimed to have made 10 million Daiquiri. The success of this cocktail was so important, that a special rum was created: The Ron Daiquiri Coctelera by the Compania Ron Daiquiri S.A..

Why Is The Daiquiri So Popular?

“The Daiquiri, like the Old-Fashioned, deserves an even greater popularity than it now enjoys. For example, it is, in my opinion, vastly superior to the Manhattan, yet most bars sell many more Manhattans than Daiquiris.” – David Embury from his book The Fine Art of Mixing Drinks.

It was not until the 1930s when the Daiquiri took a leap into the spotlight; courtesy of two of the biggest writers of the era. Not much is said about F. Scott Fitzgerald as it relates to the cocktail. He was the first to put it one of his novels as it had a brief cameo in This Side of Paradise, written and published in 1920. Volumes have been written about the other author most associated with the Daiquiri, Ernest Hemingway. He had a profound impact on not only the popularity of the cocktail but even created his own variation on it.

The Hemingway Daiquiri, or Papa Doble, was a variation of the Daiquiri he worked out while drinking at El Floridita. Unfortunately, Hemingway was a diabetic, and the sugar did not agree with his system. To maintain the sweetness, he added grapefruit juice and maraschino liqueur. He also doubled the amount of rum in the cocktail (thus adding the “doble” to the name). Consequently, he became linked to Cuba, and to the cocktails there. He even wrote on the wall of La Bodeguita del Medio “My mojito in La Bodeguita, My Daiquiri in El Floridita.”

In 1938, the Daiquiri appeared in a French mixology book, Cocktails by Jean Lupoiu. In France, it is mentioned in some articles towards the end of the 1920s in some short fiction. In 1936, there was a huge article in the Figaro about the American presence in Cuba.  Daiquiri was presented as the most famous cocktail, along with the El Presidente and the Mary Pickford.

Spending lunch at the Army and Navy Club in DC where the #Daiquiri made its US debut. pic.twitter.com/MjXkagpQ82

After WWII, David Embury wrote about Daiquiri in his mixology book: “Why more Daiquiris are not sold: the use of inferior rums and the use of improper proportions”. For example, he highlights that the Cuban practice coming from Havana bars, like The Floridita and Sloppy Joe’s imposed a variation with pineapple, whilst The Sevilla, The El Patio and the The Hôtel Nacional Bar, used inferior quality rums from Puerto Rico and the Virgin Islands. Lemon was also used more than lime as it was cheaper than lime and it started to be overused in cocktails.

In 1909, the USS Minnesota was touring the now decade-old battlegrounds of the Spanish American War. Captain Charles H. Harlow went ashore at Guantanamo with then-junior medical officer Lucius Johnson in tow. Both of them soon met up with none other than Jennings Cox, who is more than happy to share his creation with them. Johnson was instantly smitten with the drink.

Returning to the United States with a stash of Cuban rum and Jenning’s recipe, Johnson soon instructed the bar staff at Washington D.C.’s Army and Navy Club on how to make his new favourite cocktail. The Daiquiri was such a hit that the bar (now named the Daiquiri Lounge) sports a plaque to honor of the moment.

After the nation’s capital, Johnson introduced the drink to the University Club in Baltimore, Maryland. Gladly accepting the recipe, but not willing to leave well enough alone (we never do), the bartender insisted on adding bitters to the list of ingredients. His next posting was San Francisco, where the Daiquiri wasn’t a hit and failed to achieve any popularity. Following that bump in the road, the Daiquiri’s tour continued into Honolulu and Guam.

Flash forward a few years and we come to Constante Ribalaigua Vert aka El Rey de los Coteleros (King of the Cocktails) in Cuba. In his 40 year reign as head bartender and co-owner of the La Floridita bar, it is said that he personally squeezed 80 million limes for 10 more than million Daiquiris.

The 90s started the long return to handcrafted cocktails with freshly squeezed juices. Using liqueurs and bitters for flavour over processed sour mixes gave bartenders new options. Plenty of lemons, limes, and sugar replaced bottles of sour mix. Bars began to infuse their own spirits, create specialized simple syrups, and head back to the delightfully heady days of exploring the flavours inherent in the spirits.

Old became new again, and there was an appreciation for what the bartenders were creating with simple ingredients. The Daiquiri is still working to lose its sordid past as a party cocktail, much like the Martini and Gin. It is one of the elites in cocktail history. Many scholars and historians see it as one of the pillars of the cocktail world. It deserves that reputation. It is one of the few rum drinks that stands so tall in history (the Mai Tai being another one), and one of the few sours that has its own identity. There has been some sort of variation of rum, lime, sugar, and water since it was the raw spirit rumbullion. It is also one of the few classic, old-school cocktails that does not involve bitters (martinis were originally made with orange bitters).

Cuba was the epicentre for the creation of a cocktail that was an instant classic. The blending of lime, rum, and sugar was made to go together. It was concocted at a time when rum was relatively unknown, and Cuba was just starting to feel a little freedom. Before the US embargo in the 1950s, tourists were flocking there for the cooling effect of a Daiquiri in warm tropical breezes while sitting on a beach and reading Across the River and Into the Trees. The Daiquiri is a perfect summer drink, and now is the perfect time to go out and rediscover it.