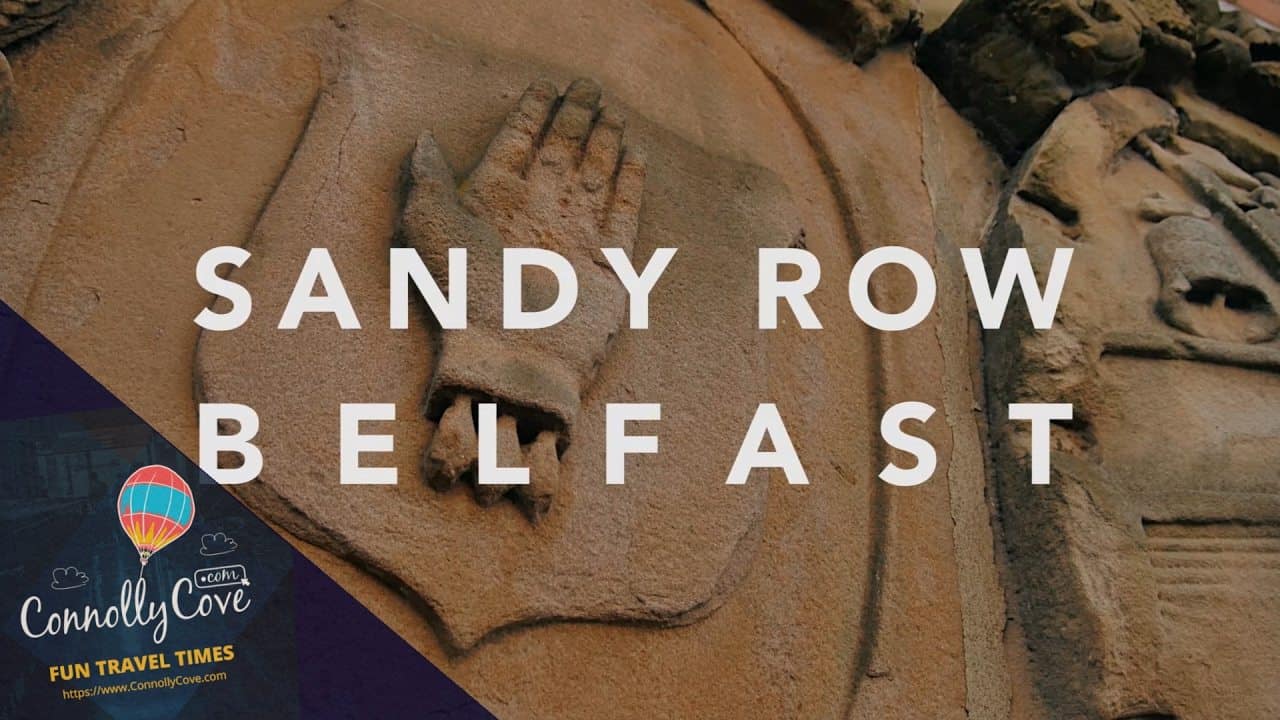 Sandy Row is situated in south Belfast, beginning at the edge of the city centre, close to the Europa Hotel. The road heads south from Boyne Bridge right over the old Dublin railway beside Great Victoria Street station. It then crosses the Donegall Road and ends at the bottom of the Lisburn Road.

What is Sandy Row?

Sandy Row is a street in south Belfast, Northern Ireland, which lends its name to the surrounding residential community. By 2001, the area’s population was estimated at 2,153.

The Department for Social Development designated the Sandy Row Neighbourhood Renewal Area (NRA) in 2004, as it is surrounded by the Westlink, Donegall Road and Great Victoria Street.

Sandy Row, which was formerly known as Carr’s Row, is one of the oldest residential areas of Belfast. The name Sandy Row was derived from the sandbank which abutted the road that followed the high-water mark that springs from the tidal waters of the Lagan River estuary. For thousands of years, the road along the sandbank was the principal thoroughfare leading south from Carrickfergus.

In the 19th century, the street became a busy shopping district, and by the beginning of the 20th century, it continued to draw shoppers from all over Belfast until the outbreak of the Troubles in the late 1960s. Six of the houses which were situated at Rowland Street have been rebuilt and merged into the Ulster Folk and Transport Museum.

In 1690, King William III of England and his troops travelled along Sandy Row on their way south to fight at the Battle of the Boyne against the deposed King James II of England.

During The Troubles, the area was mainly dominated by the Ulster Defence Association (UDA).

Among the many loyalist murals found on Sandy Row is the UDA/Ulster Freedom Fighters mural. It was designed to be a replica of the Free Derry Corner republican mural.

However, since some residents and business owners claimed that the presence of the mural was dissuading other businesses from settling in office blocks nearby, the work of art was removed and replaced with a mural depicting William of Orange.

Then you know you gotta go

On that train from Dublin up to Sandy Row

A sculpture named Mother Daughter Sister by Ross Wilson was unveiled in 2015. The project was carried out by the Building Peace through the Arts – Re-Imaging Communities program from funds provided by the Arts Council of Northern Ireland and the European Union’s Program for Peace and Reconciliation (PEACE III). Wilson stated that “Mother Daughter Sister is a homage to the women of Sandy Row and the immense contribution they have made to that community over generations.”

In 1908, Ulster loyalists started to portray William III of England on a white horse in order to strengthen the Orange identity of Ulster Protestants. During most of the twentieth century, each July new loyalist murals were painted as an annual commemoration of the Battle of the Boyne which took place in 1690, when King William III (‘King Billy’) defeated King James I for the English crown.

Consequently, the main image in the murals was of King Billy on his white horse crossing the River Boyne.

The park is located next to a Moravian church, which dates back to the late 1800s and provides an interesting backdrop to space. The park’s main attraction is the Belfast Wheel; a bronze map of the city which was donated by the New Belfast Community Arts Initiative in June 2005. It is one of the must-see attractions of the city for sure!

The streets of Sandy Row display its rich history. Be sure to take a stroll and enjoy the magnificent murals, while learning more about the long history of the city.

Check out this 360-degree video experience of Sandy Row below:

Have you ever visited Sandy Row in Belfast? Let us know in the comments below.