The Valour of San Patricios Battalion 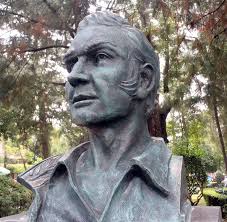 Around St. Patrick’s Day, people begin to witness Irish symbols and colours of green and gold everywhere. One place in history where you might be surprised to see a green and gold Irish-themed military standard is in the 19th century Mexican Army, but it really happened. Today, in Mexico City, there stands a monument to a group called The San Patricios comprised mostly of Irish and German soldiers who fought and died in the Mexican-American war of 1846-1848.

The San Patricios (or The St. Patrick’s Battalion)—known in Spanish as el Batallón de Los San Patricios—was a Mexican army unit comprised primarily of Irish Catholics who had defected from the invading US army during the Mexican-American War.

The San Patricios was an elite artillery unit which inflicted great damage on the Americans during the battles of Buena Vista and Churubusco. The unit was led by Irish defector John Riley.

After the Battle of Churubusco, most members of the battalion were killed or captured. Most of those taken prisoners were hanged and the majority of the others were branded and whipped. After the war, the unit lasted for a short time before being disbanded.

The San Patricios also were called the Colorados or “Red Company” because many of them were redheaded. Though they carried a banner blazoned on one side with a figure of St. Patrick and on the other with a harp and the arms of Mexico, only a proportion was Irish or Roman Catholic. They came from every branch of the service: infantry, cavalry, and artillery.

On May 13, 1846, the United States Congress declared war on Mexico after a request from President James K. Polk. Then, on May 26, 1848, both sides ratified the peace treaty that ended the conflict. In between those dates were enough drama to last for generations and the appearance of some familiar names that would dominate the Civil War, from President Abraham Lincoln to General Robert E. Lee.

To save space and make a long story short, the conflict centred on the independent Republic of Texas. Which opted to join the United States after establishing its independence from Mexico a decade earlier. Mexico didn’t like this at all and considered the annexation of Texas as an act of war, and after border skirmishes, President Polk asked for the war declaration.

Irish Catholics in the USA

It started with the Irish famine of the mid-19th century. In October 1845, a blight devastated Ireland’s potatoes, ruining about three-quarters of the crop. The blight returned in 1846 and around 350,000 people died of starvation. An outbreak of typhus also ravaged the population, leading massive numbers of Irish to immigrate to America.

Many members of other faiths—Jews, Protestants, and even some Muslims, Hindus and Buddhists—arrived in the successive waves of massive immigration to the United States between the 1840s and 1920s. But Catholics from various countries like Ireland were the most numerous—and the most noticed.

In 1846, thousands of these Irish immigrants enlisted in the U.S. Army, joining the forces under General Zachary Taylor who had an instrumental role in invading Mexico. In all, 4,811 Irish-born soldiers served in the U.S. Army during the Mexican-American conflict. The men were promised salaries and land after the war in an effort to coerce them to fight, but the promises were often empty gestures.

Why did they switch sides? Well, a number of theories have been proposed as to why the men deserted to Mexico – everything from being forced to attend Protestant Mass to cultural alienation in the US. The most subscribed to theory is that in Mexico, Irish defectors were treated as heroes and given the opportunity for promotion denied them in the American army. Many of them felt a greater connection to Mexico: like Ireland, it was a poor Catholic nation. The allure of the church bells announcing mass must have been great for these soldiers far from home.

Not all the San Patricios were deserters from the U.S. Army. Though mainly composed of Catholic Irish and some German immigrants, the battalion also included Canadians, English, French, Italians, Poles, Scots, Spanish, Swiss and Mexican soldiers – many of them Catholic.

In May 1846, O’Reilly and several dozen men under his command first skirmished with the Americans at the siege of Fort Texas. Four months later, on September 21, 1846, the San Patricios first fought as a formal Mexican army unit, providing artillery support and adding to their reputation in handling heavy weaponry. The San Patricios’ green battle flag displayed an Irish harp surrounded by the Mexican coat-of-arms with a scroll reading “Freedom for the Mexican Republic,” and the Gaelic motto “Erin go Brágh” (“Ireland forever”).

On February 23rd 1847, they acquitted themselves well at the Battle of Buena Vista against the superior guns of the US army, also known as the battle of Angostura. The San Patricios again played a prominent role. During the battle, two six-powder cannon belonging to the U.S. Fourth Artillery were captured by Mexican forces due to the intense fire from the San Patricio artillerymen. Several San Patricios, including Juan O’Reilly, who was subsequently promoted to the rank of El Capitan.

The Americans eventually attacked on August 20, 1847, at the Battle of Churubusco, where the San Patricios were eventually holed up in a local convent. Their Mexican compatriots repeatedly tried to raise a white flag to surrender, but each time the men of Saint Patrick’s Battalion ripped it down. Once their last bullet was spent, the San Patricios finally surrendered, with some having escaped into Mexico City but many others captured by the Americans.

After the war ended, U.S. military justice was brutal. Of the 83 San Patricios captured, O’Reilly and 71 San Patricios were court-martialed. Fifty of the San Patricios were sentenced to be hanged and 16 were flogged and branded. Collectively, it was the largest mass execution in the United States history—with the hanging of 38 Sioux Native Americans 15 years later the only event to come close to that number.

In Mexico, the role played by the San Patricios in the Mexican-American war has long been acknowledged with a sense of gratitude. Those ties surface annually with the commemoration of the Batallón de San Patricio at Mexico City’s San Jacinto Plaza. Where Gen. Scott ordered 16 of the deserters to be hanged.

The square is now a peaceful park, punctuated by artists’ exhibits. You also find square surrounded by trendy restaurants. A cross section of the city’s Irish community and local dignitaries watch solemnly as a military band plays the Irish and Mexican national anthems.

The Little Museum of Dublin