Close X
Home/Ireland/Samhain: 7 Facts about the Unpopular Origins of Halloween

Samhain: 7 Facts about the Unpopular Origins of Halloween 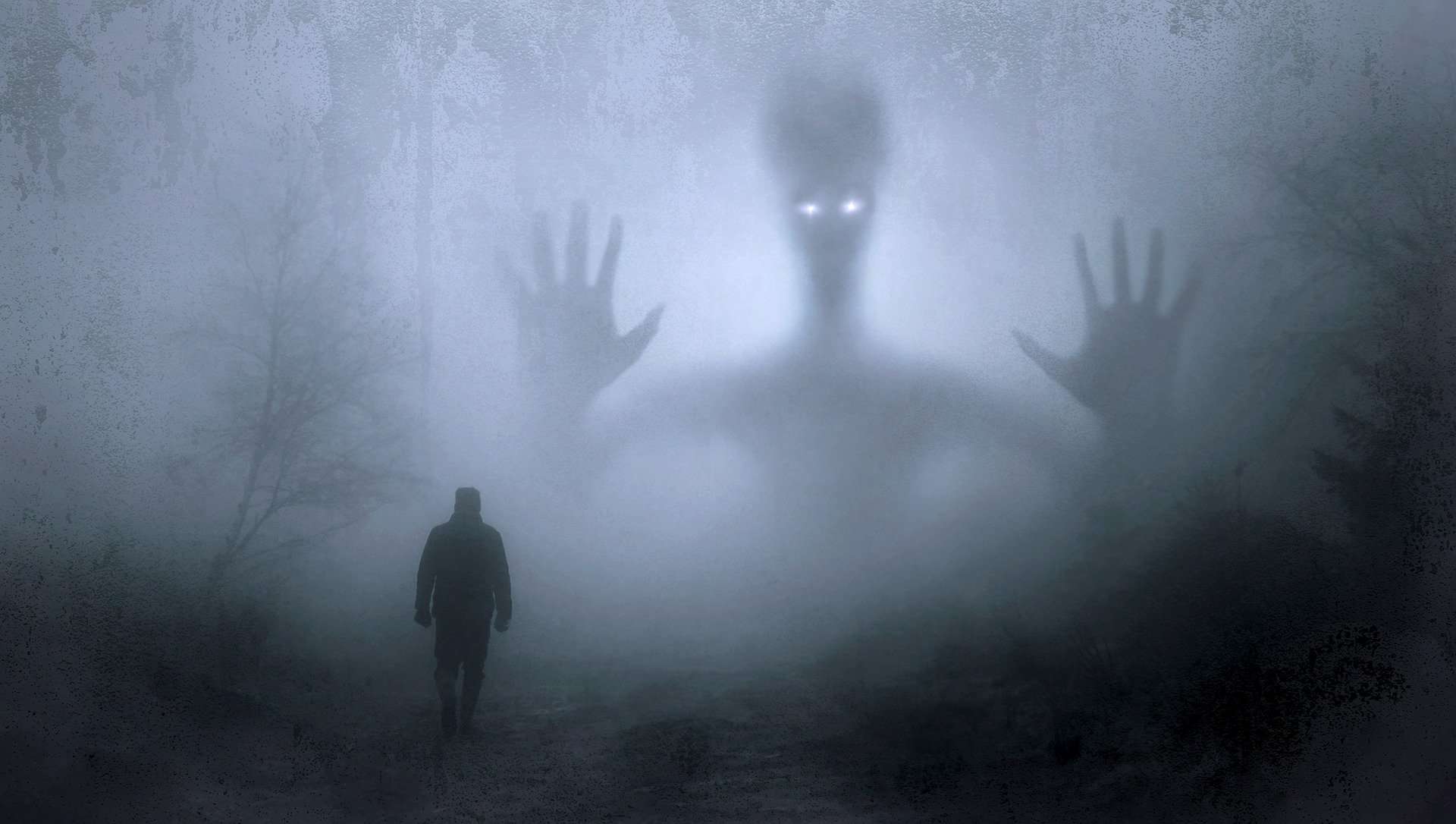 It’s the time of the year when things get spooky. The days get shorter, the leaves turn orange and brown, and supermarkets try to sell you all manner of foods which look like eyeballs and spiders, even though nobody in their normal mind would eat eyes and spiders. Today Halloween is incredibly commercialized and often a completely secular celebration where people don’t even know what they’re celebrating or why. A bit like how nobody knows where the stories of the giant bunny delivering chocolate eggs in the dead of the night at Easter came from. Halloween isn’t quite as far from its original intentions as Easter is, though. And while lots of countries like the UK blame the Americans for popularizing things like pumpkins and trick-or-treating, the origins behind this holiday are much closer to the Irish people. To discover the truth, we have to go to Ireland and look at an older, slightly different festival called Samhain.

Samhain as the Pagan New Year

The word Samhain comes from the old Irish meaning “summer’s end” and that’s initially what it celebrated: the last day of summer and the first day of winter. It was very much like what people celebrate on New Year’s Eve now. The Celts believed that the day began in darkness and progressed into light and then grew dark again. Hence, the year beginning during the darkest winter months and getting progressively lighter into spring and summer again.

It was also picked up as a transitionary period because it marked the end of the harvest and therefore has a lot of roots in other similar harvest festivals. For example, the Romans had an Autumn Festival and it was, of course, the Romans who conquered Britain in the year 43 AD and attempted to wipe out the native barbarian Celts. With the Celts already celebrating Samhain, it’s not hard to imagine that in the last 2000 years a few wires might have gotten crossed and the traditions of the Roman Autumn Festival have blended into a part of modern Halloween.

This Autumn Festival honoured the goddess Pomona who was the goddess of fruits which grow on trees. Most important of all these fruits were apples and, of course, apples still feature heavily in lots of Halloween games and traditions such as eating toffee apples or going apple bobbing.

When Halloween or Samhain First Came to Be

So, around 1500 years ago, we had Celtic religions and Roman traditions running rampant in the British Isles because even after Rome was taken over by Catholicism, the harvest festival to honour Pomona was still celebrated. It was only natural that around the 7th century one Pope decided he didn’t like this anymore and wanted to make everything a lot more Chrisitan. In an effort to steal the day from the pagans, he declared that November 1st was from there on going to be known as All Saints Day.

This Pope was also called Pope Boniface VIII (Yes, that’s how it is literally pronounced). He also did dub November 1st as All Saints Day and you may not know that a different name for a saint was the hallow. This became All Hallows Day, meaning that October 31st was All Hallows Eve. I’m sure you can see where we’re going with this, as eventually Hallows evening got contracted into Halloween.

Talk to the Dead on Samhain

Obviously, the story doesn’t end there because the spookiness hasn’t been touched on. To get to the bottom of that, we have to return to Samhain. It’s been explained that Samhain marks the end of one year and the beginning of the next. And because of this, it was seen as a liminal time; meaning that it was a period where the veil between our world and the other world got weaker and allowed spirits to cross into our domain. These spirits were called The Xii spirits and are mischievous and dangerous like fairies. These spirits are said to be the leftovers of different ancient gods from religions people don’t partake in anymore. But still felt some degree of respect and all-out fear from them. They believed the spirits needed to be satisfied so people and their livestock would survive the harsh Irish winter. So, offerings of tasty fruit and drinks were left outside to put the spirits in a good mood.

There is another even darker side effect to the veil being thinner, however, as the Celts also believed that this time of the year was when the souls of the dead would be able to return home. Overnight, fires would be kept lit and places at tables would be set out in order to welcome their dearly departed back their one night a year. There was even a formal period of lighting candles to honour their dead and praying for their souls before the Halloween festivities would officially begin.

Want to jump to the darker side of Irish myths and legends? Read more here.

But what did these old festivities consist of? Well, a lot of ridiculous parlour games not unlike the types of games teenagers play at sleepovers today. They would use unusual methods to try and divine their own futures, mainly in regards to their deaths and marriages. So, it’s a bit like a group of kids asking a Ouija board the name of the person who has a crush on them.

To bring up apple bobbing again, this was also considered a form of divination along with interpreting dreams and pouring egg whites into the water. Even scrying or spying on people through mirrors, which some people will tell you is a dangerous form of witchcraft, was partaking in on Halloween. Another big thing people used to do was special bonfires. In the UK, at least this bonfire tradition has quite possibly absorbed into bonfire night on November the 5th, which has been celebrated ever since Kim Jane’s first survived the Gunpowder Plot in 1605 by lighting bonfires and fireworks and burning effigies of Guy Fawkes.

Since the 16th century, the practice of mumming has been associated with Samhain at the bonfires just mentioned. People would dress up in costumes in ugly masks in an attempt to ward off and protect themselves from the spirits. It was believed that looking like one of them would trick them into thinking that you were one themselves, or to stop the souls of the dead from recognizing you if, say, you weren’t very nice to them when they were alive and they want revenge, and because of this it was also called guising.

While people in these costumes would hang around the bonfires and make a racket, others would go to local houses and knock on doors in attempts to claim the offerings left for the spirits themselves. This, of course, is the practice which modern trick-or-treating comes from.

I suppose that America can take some credit for making Halloween mainstream. However, it was during the period of British colonial rule over the States on the East Coast that Halloween was allowed to flourish. Especially in states like Maryland where the Protestant belief systems weren’t quite as strict as in different areas of New England.

People began to have public parties to celebrate the harvest where they would also tell stories of the dead and typically enough tried to predict the future. And it was because of Americans pushing in the 19th century to remove anything too scary from Halloween and make it much more of a community event that the celebration has lost much of its religious associations and where Halloween parties as we know them today have come from.

It continued to evolve into a secular, consumerist holiday and today on average Americans spend more than 6 billion each year on Halloween. It was brought to America a few hundred years ago by Irish immigrants and was transformed and regurgitated into the form we see it in today, and is now one of the biggest commercial holidays in the world.

The Essence of Samhain

As with other cultural practices that honoured death and the dead, (such as Mexico’s Dia de Muertos or Hanal Pixan in the Yucatan Penninsula, which the church also tried to erase), it is evident that the Celts’ relationship with their own mortality and their dead was of immense importance to them. During Samhain, the Irish not only reclaim this practice of honouring their ancestors but also themselves – by facing their fear of death so that they may truly live.