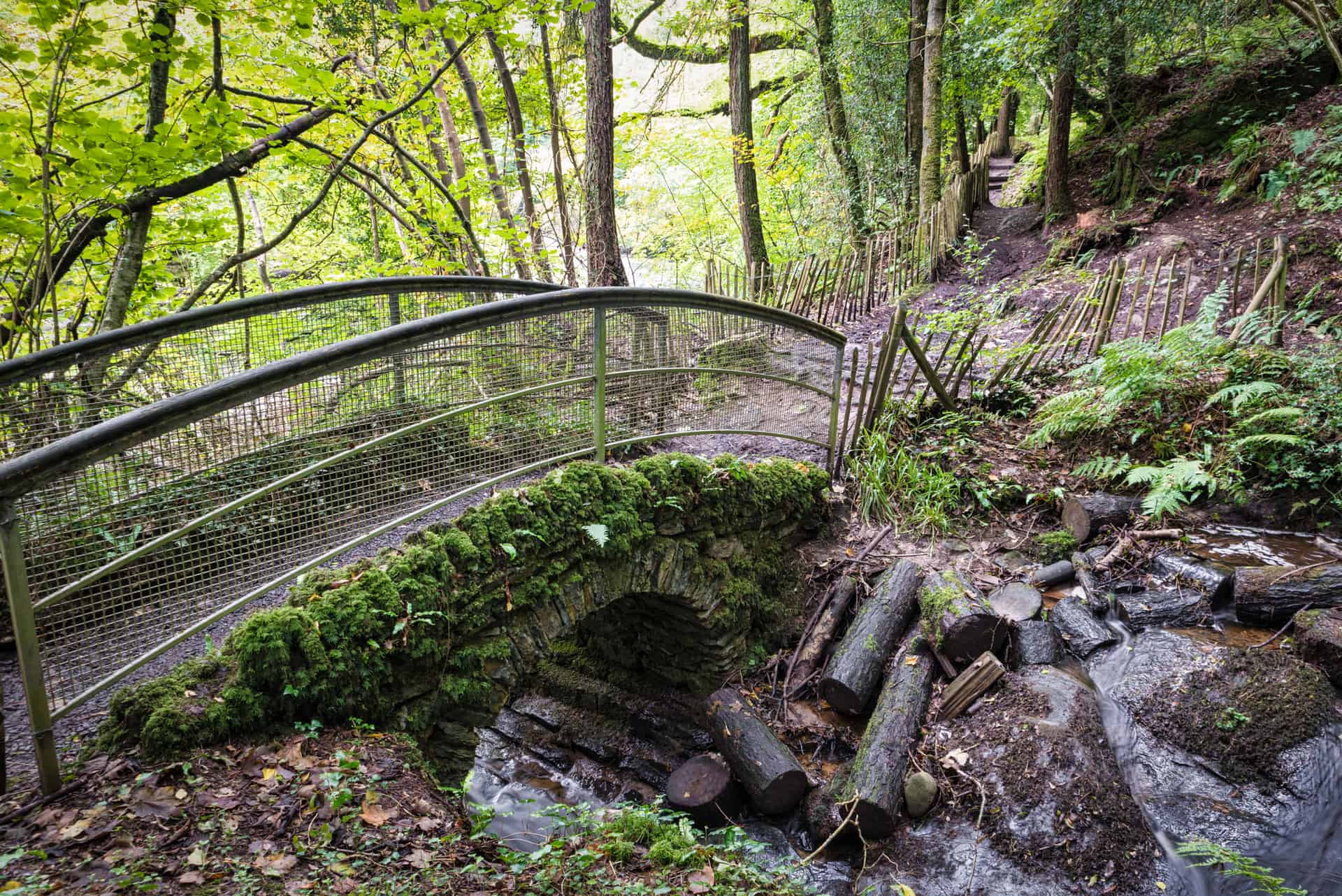 Roe Valley Country park is a three-mile-long wooded park that the River Roe partly runs through. It is managed by the Northern Ireland Environment Agency. Several bridges are located over the river but only of them is accessible by cars. During periods of heavy rain, some parts of the Park may become inaccessible due to flooding along the paths.

Numerous types of living creatures can be found in the park, such as foxes, badgers and otters in addition to over 60 species of birds. Furthermore, visitors can learn about the industrial and natural heritage of the area in the museum and countryside centre.

You can also check out the remains of buildings that was previously used in the linen industry, a restored water wheel and much of the original equipment is preserved including ruined water mills used in linen production. The Roe Valley Country Park is definitely worth a visit any time of the year.

The Roe Valley Country Park reflects the evolving industrial history of Limavady. The geography of the river is ideal for the use of water power via mill races. Visitors can also spot remains of several water wheels and linen factories.

In 1896, RE Ritter used one of the old mill races to build Ulster’s first AC power station, which supplied Limavady with electricity for many years. Other relics from the industrial age include the green watchtowers.

As well as, The last O’Cahan chief perished in the Tower of London in 1628. The site of his castle still stands on the steep riverbank.

In addition, the park offers woodland walks along with opportunities for salmon and trout fishing, canoeing, rock climbing and orienteering. As well as the following activities

• Fishing for salmon and brown trout.
• Kayaking, although the park bans boats and canoes.
• Swimming in a section of the river right below O’Cahan’s Rock.
• Orienteering in the forest.
• Engagement Party Activities in the Park

Visitors of the Park can enjoy the Green Lane Museum where they can view displayed historical exhibits showcasing the evolution of the linen and agricultural industries in Limavady in the 18th century. Much of the machinery is preserved, including a restored water wheel.

In addition, the park is home to the original site of the famous O’Cahan’s Castle. The O’Cahan clan ruled the Roe Valley freely from 1122 until 1260 when they were defeated by the Normans. Sadly, they did only regain power over a hundred years later.

Furthermore, a legend is often associated with the clan that during one of the sieges they were involved in, one of their loyal dogs leapt across the Roe River to deliver a message to their allies in Dungiven. The spot from which the dog leapt became known as ‘Leim an mhadaidh’ or ‘Leap of the Dog’. To this day it is still known as Dogleap.

The O’Cahans Castle was occupied until 1607, and its original site can still be seen today. Also, King James I, granted Sir Thomas Philips, an English soldier, the land that was forfeited by the O’Cahans, including Roe Valley. Philips demolished O’Cahan’s Castle and built a two-story house in its place.

Located among the beautiful surroundings of Roe Valley Country Park, you will find the only four-star hotel on the North Coast. It is one of Northern Ireland’s premier golf and spa resorts, where you will be whisked away for a relaxing break in Limavady. The resort is something special with its modern style and its Irish country charm in a stunning newly restored 18th-century building. Making it the perfect stay whether you are a local or tourist.

Roe Park Resort offers an amazing 18 hole golf course and driving range for those golfing fanatics. As well as 118 gorgeous guest rooms and luxury suites that cater for all.

Perfect location to stay and explore some of Northern Ireland great tourist attractions including the Giants Causeway. You’ll also be able to take the time to enjoy the Roe Valley Country Park while you are here. Also not forgetting that the resort is home to two awarding winning restaurants and bars. You don’t even need to leave the resort as it offers so much for visitors to enjoy.

We can’t forget to mention the stunning Binevenagh Mountain in Limavady that should definitely make it on your list of attractions to check out. The mountains were created over 60 million years ago by molten lava.

The mountain cliffs stretch over six miles long that truly offer amazing paranormal views that are not quickly forgotten. On very good days views even stretch out as far as Scotland. The attraction has been classed as an area of outstanding beauty and its one of those need to experience places to fully take in its beauty.

If you would like to experience some arts and culture while in Limavady then be sure to not miss this place. It is an awarding-winning facility that is located right in the heart of the town, first opened in 2010.

The centre offers a brilliant cultural programme all year long including music, theatre, visual arts, film, heritage exhibitions and creative opportunities. This is a great place to visit where they celebrate all things art, culture and community.

The last Dracula adaptation, starring Luke Evans, was filmed at Roe Valley Country Club in Limavady. The production company was granted permission to film at the park in 2013. While the Universal Pictures production was mainly based in Belfast, it was also filmed at various Northern Ireland locations.

The country park remained open to the general public, although some areas were inaccessible while filming was in process. The film is a retelling of the original Bram Stoker novel about Vlad, Prince of Transylvania, who becomes a vampire in order to defeat the Turkish army who are trying to take over his kingdom.

Continuing, Mark H Durkan, Minister of Environment, had commented on the event, “We have wonderful landscapes in Northern Ireland”. Roe Valley is just one example and films such as this provide a great opportunity to showcase our natural beauty both locally and on a world stage.

While we apologise for any minor inconvenience this may cause to the visiting public, there is no doubt that the spin-off publicity will ultimately lead to many more tourist visits. The country park will remain open during the filming. Therefore the net benefits to the park, to the town of Limavady and to the rest of the north would far exceed any short-term inconvenience.”

If you like 360 Degree Video Experiences – you will love this short collection of 360 videos of Roe Valley Country Park. Not as good as experiencing the place itself – but not a bad second option!