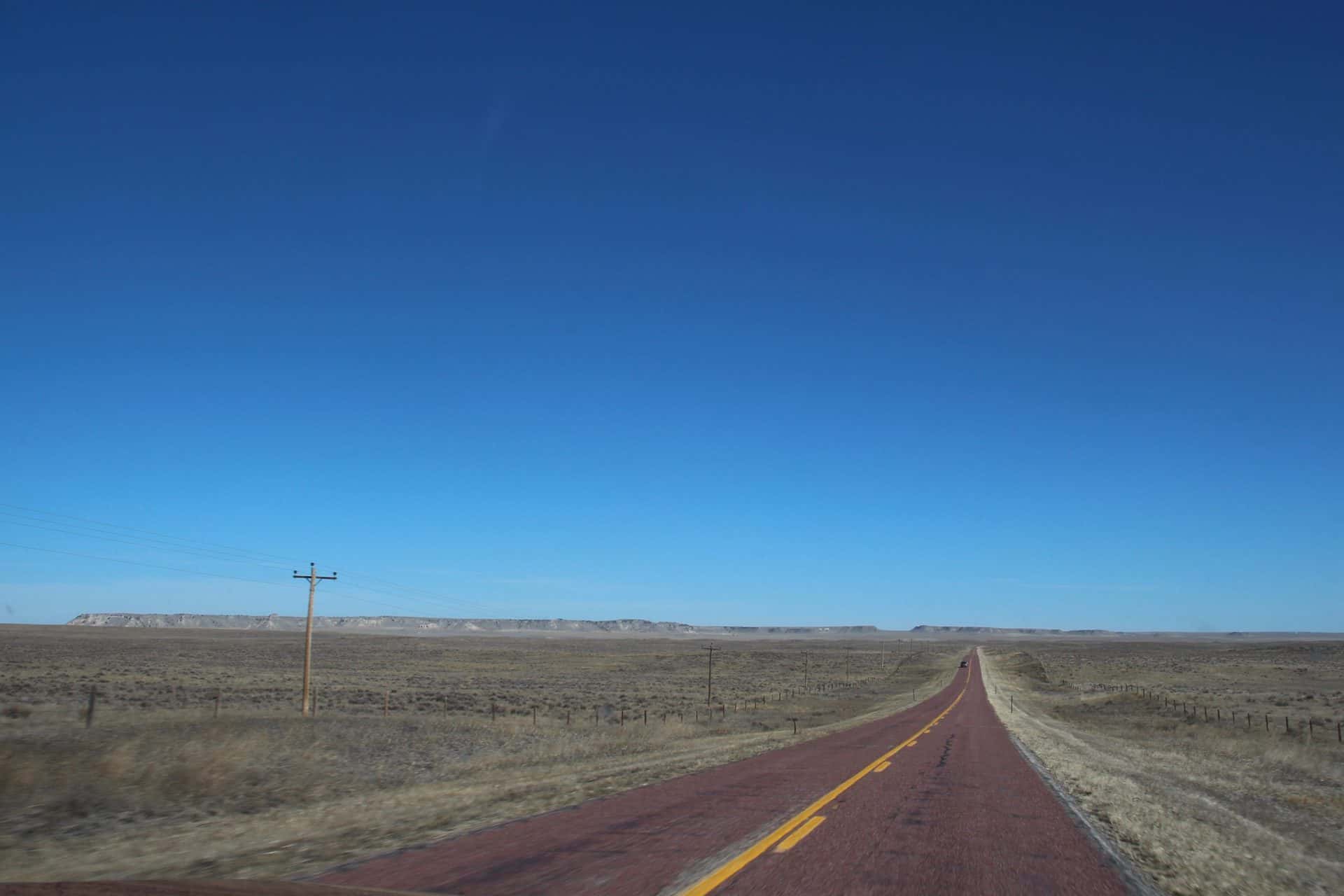 The United States is a pretty large country. Traveling across it takes 6 to 7 hours by plane, and days by car. Most Americans will never cross the country or explore most of the states that lie between the coasts. Even if people get an opportunity to travel, it’s usually by plane and therefore they’re missing some of the best parts of America.

Middle America seems to be a strange and mysterious place to both Americans and travelers alike. Not many understand what states are considered middle America or what there is in those states. As the great song lyric by Jason Aldean says “those fly over states”. Well, what if you’re not flying?

With the resurgence of “van life” and living a nomadic lifestyle, more and more people are beginning to travel around American in a bus, camper, or van. This means more people are traveling around America, in search of adventures, gorgeous views, good eats, and quiet places to lay their head at night.

But what if van-life isn’t for you? Well, that’s where we come in. Below you can find not only cool places to stop-in, and attractions. But places to stop on the road for a yummy bite to eat, or a hotel to stay the night.

We begin our trip with a quirky little inn stay. The Dog Bark Park Inn is a one of a kind experience. First off, it is located among the prairies of Idaho, surrounded by very little. Then there comes the inn itself… It’s shaped like a dog. Not just any dog either, it is shaped like a beagle! This place is nothing short of different, but that’s what makes it such a great place to stay! Not many can say they’ve ever stayed in a large structure shaped like a dog. On top of all of this, the owner’s are lovely and provide a welcoming and warm atmosphere. Definitely worth checking them out on your trip.

When traveling through Illinois, make sure to stop at the Old State Capitol. This historical landmark is where Abraham Lincoln became a prominent political figure, and where the famous words were uttered. “A house divided against itself cannot stand” This regal landmark gives you a glimpse into the history of the U.S. and shows just how far the country has evolved. It is also here where the famous attraction of rubbing a bronze statue of  Abraham Lincoln’s nose will bring you good luck. This statue also constitutes a memorial where Lincoln, his wife, and their 4 children are all born. This attraction does not offer any accommodation, however the town of Springfield, Illinois is not far and you can check out their website here.

Nestled in the remote areas of Indiana is one of the most magnificent structures in America. The French Lick Resort is from a time where the world was quickly changing, the U.S industrial revolution was booming, and new wealth and money were being made left and right. The Resort became a vacation destination for the wealthiest and highest society members. The resort was originally built in 1845 for the use of sulfur springs. In this time period many believed that the sulfur water had many healing powers. Resorts opened up all around America, however, the French Lick Resort was especially exclusive. Today, the hotel is open to the public and also sports a campground for RV placement. This period piece hotel is designed to match the period where it thrived. The rooms are filled with luxurious linens and dark mahogany wood. Stay at this historial resort and feel propelled into another time.

Iowa is known for it’s flat lands, corn fields, and agriculture. This land was the perfect place to film one of America’s most iconic movies… Field of Dreams. Field of Dreams was released in 1989 and is about a farmer who, while walking through a cornfield one night, envisions “Shoeless” Joe Jackson and a baseball diamond. The site of this classic movie is located in Dyersville, Iowa. Perhaps the coolest part of this attraction is that today the movie location now functions as a home rental. You can spend the night in the house of one of America’s favorites. Instead of staying you can also tour the home and even watch teams play on the field. They also have a great store attached to the home. Check out more about the Field of Dreams movie site here.

Missouri is a state that is often looked over. However, it has some pretty interesting history and monuments attached to it that are definitely worth taking a look at. For example, the Gateway Arch is one of St. Louis’s prized monuments. It is also a national park, and is usually what people refer to as the “Gateway to the West”. This is based on the Louisiana Purchase by Thomas Jefferson. The event allowed for explorers Lewis and Clark to discover the western part of the U.S. Today, the arch is a popular attraction in St. Louis. You can take a tram ride to the top of the arch and see the gorgeous views of St. Louis and beyond. Or, you can walk through the museum attached to the arch and learn more about the history behind it. This is a great attraction to stop at to stretch your legs and cross off your list.

There is a running joke between Americans that there is nothing of note in Ohio. I would tell them they’re wrong. It might not be the most flashy of states and there may not be huge attractions or daring food and quirky places to stay but in my opinion there is one VERY good reason as to why you should make a pit stop in Ohio… The Rock and Roll Hall of Fame. Located in Cleveland this massive museum documents the rock n’ roll journey better than anyone.  Whether or not you’re a huge music nerd or just know some of the greats, this museum is great for anyone. While there is a lot of in depth history there is also intricate art displays based off of albums, movie rooms with American Bandstand playing and the Hall of Fame induction ceremonies. There is even a canteen nestled under a giant Pink Floyd Squid. There is no doubt you could spend a whole day here and still not cover everything. It is a must-stop on your journey across the country.

Think 1950’s. Grease the musical and old-time mom and pop diners… you’ll find an attraction just like that in Oklahoma. Located in Arcadia Oklahoma, and along Route 66, Pop’s is one of the original 24/7 diners. Today, the restaurant is more of a novelty. However, don’t let this little place fool you. They have a packed menu with over 700 types of soda, sparkling water and other cold beverages… talk about options! They also offer all of your American classics such as malt milkshakes, burgers, fries, onion rings, and hot dogs. They also hand make all of their desserts, especially their massive ice cream sandwich. This small gem in Oklahoma is definitely one of the best ways to experience the old American ways.

One America’s most beloved and interesting landmark is Mount Rushmore in South Dakota. With four of America’s founding fathers and notable figures carved into the side of a mountain, it is unique and quite profound. The men carved upon the rock were not chosen at random. These men symbolize the progression and history of the U.S. This national monument is not only majestic in nature, but also a great historical achievement for America. It is definitely worth a stop. There is also a visitor center and some small walking paths near the monument. Just outside of Mount Rushmore is Keystone, a small town located just beside the mountain. Here you can find a variety of dining and lodging options.

Our last and final pit stop across the country is Wyoming. If you’re asking yourself what the heck is in Wyoming, let me jog your memory… Yellowstone National Park. One of the most gorgeous protected areas in North America, Yellowstone is hard to miss. With geysers exploding, wildlife roaming free, and the crowds of people all trying to get a peak at this magnificent land. Yellowstone is a great place to drive through, stop for some pictures but they recommend staying outside the park. Regardless, this is an U.S. treasure and it definitely worth seeing.

As we’ve said before, America is huge. It can be overwhelming and sometimes you could travel from one end to another and never touch any of these states. However, we suggest that you do, if not to rest then to see all of the hidden gems Middle America has to offer. Happy Traveling!!