What You Didn’t Know about the Pyramids of Giza 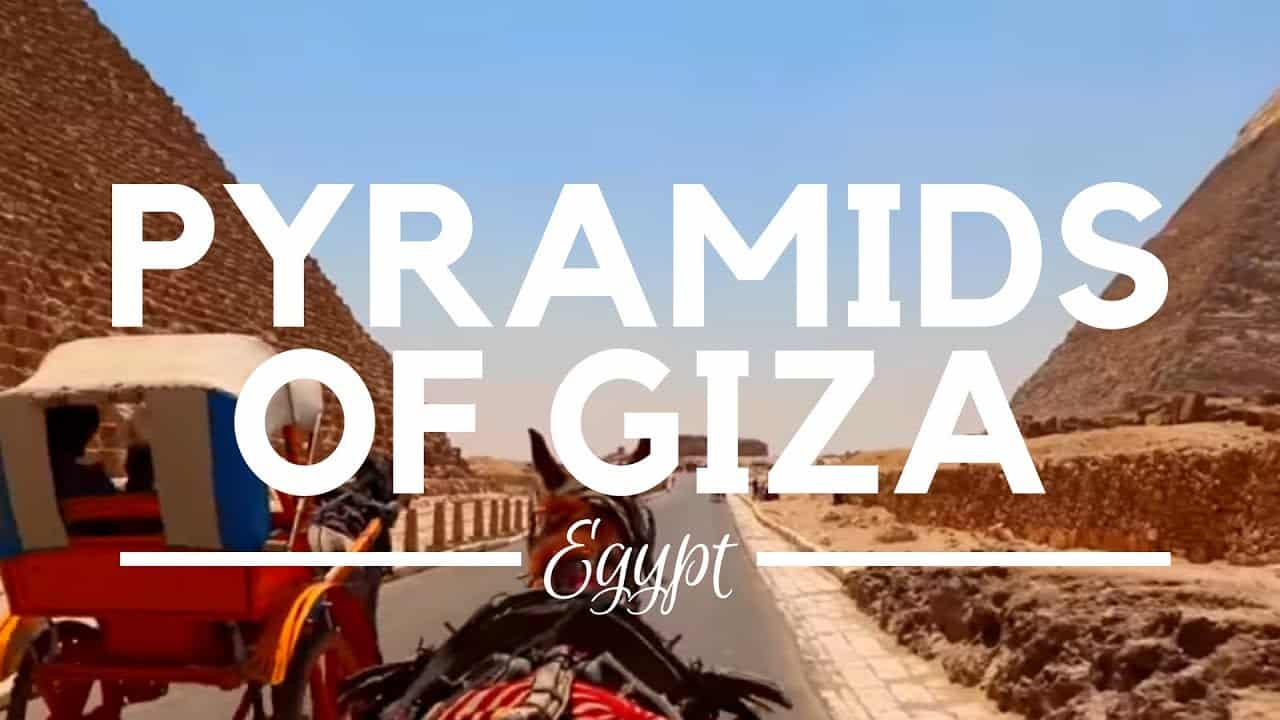 It is no secret that the Pyramids of Giza are one of the Seven Wonders of the World. The fact that the pyramids have stood the test of time is a testament to the prowess of the ancient Egyptians.

The Importance of the Afterlife

Then the bodies would be placed in the tombs and the shrines along with their worldly belongings. It makes sense that kings and queens would not be buried in similar tombs as the people they governed.

It almost seems like the Pharaohs were in competition to see who would build the biggest tomb.

The Construction of the Pyramids of Giza

In 2550 B.C., Pharaoh Khufu ordered the beginning of construction on the first Giza pyramid. The largest of the Pyramids of Giza is estimated to have been built using 2.3 million stone blocks, each weighing an average of 2.5 to 15 tons and a total height of 147 meters. The Great Pyramid was built over a twenty-year period.

Khufu’s son, Pharaoh Khafre, built the second pyramid at Giza, circa 2520 B.C. His necropolis also included the Sphinx, a limestone monument with the body of a lion and a pharaoh’s head.

The third of the Giza Pyramids is also the smallest and was built by Pharaoh Menkaure circa 2490 B.C.

In ancient Egypt, the Great Pyramid was more than just a monument. The ancient Egyptians called it “Ikhet,” meaning the “Glorious Light” as it was originally covered with polished limestone that reflected the sun’s light and made the pyramid shine like a jewel. However, after an earthquake that took place in the 14th century loosened these shining stones, they were used by Arabs to build mosques.

More than Just Places of Burial

The Pyramids of Giza are far more than just burial grounds for the Pharaohs who ordered their construction. The walls of the Pyramids feature drawings and illustrations that showcase every aspect of life in ancient Egypt.

Peter Der Manuelian, Museum of Fine Arts, Boston, and Tufts University Egyptologist, says, “Many people think of the site as just a cemetery in the modern sense, but it’s a lot more than that. In these decorated tombs you have wonderful scenes of every aspect of life in ancient Egypt—so it’s not just about how Egyptians died but how they lived. Almost any subject you want to study about Pharaonic civilisation is available on the tomb walls at Giza.”

The Astronomical Position of the Pyramids

Robert Bauval, a Belgian author, lecturer, and Ancient Egypt researcher came up with the Orion Correlation Theory in which he claimed that the three Great Pyramids of Giza are intentionally positioned in alignment with the three main stars of the constellation Orion’s Belt.

It is no secret that the ancient Egyptians were quite advanced in many fields of science, not the least of which was astronomy, so this theory definitely comes as no surprise.

The Great Pyramid Has 8 Sides Not 4

A discovery was made by a British pilot in 1940 that each of the four sides of the Great Pyramid was split in two by a concave and very precise indentation. This indentation is only visible from the air at dawn and sunset on the spring and autumn equinoxes when the sun casts shadows on the pyramid.

The Temperatures inside the Pyramids

Archaeologists have discovered that no matter how hot the temperature might get outside, the temperatures within the pyramids remain constant at around 20 degrees Celsius. This adds to the mysteries of the architectural designs of the pyramids that scientists have yet to uncover.

The Perishing Wonders of the World

It is a well-known fact that the Great Pyramid is the only remaining ancient wonder. It was previously joined by relics and monuments such as the Lighthouse of Alexandria, the Mausoleum at Halicarnassus, the Temple of Artemis at Ephesus, the Hanging Gardens of Babylon, the Statue of Zeus at Olympia, and the Colossus of Rhodes.

Have you ever visited the Pyramids of Giza? Let us know your thoughts in the comments below:

The Legend of Finn McCool and the Isle of Man

Beware the Wail of the Banshee