Close X
Home/The World/Blast from the Past: The Fascinating Pharaonic Village in Giza, a Glimpse into the Lives of Ancient Egyptians

Blast from the Past: The Fascinating Pharaonic Village in Giza, a Glimpse into the Lives of Ancient Egyptians 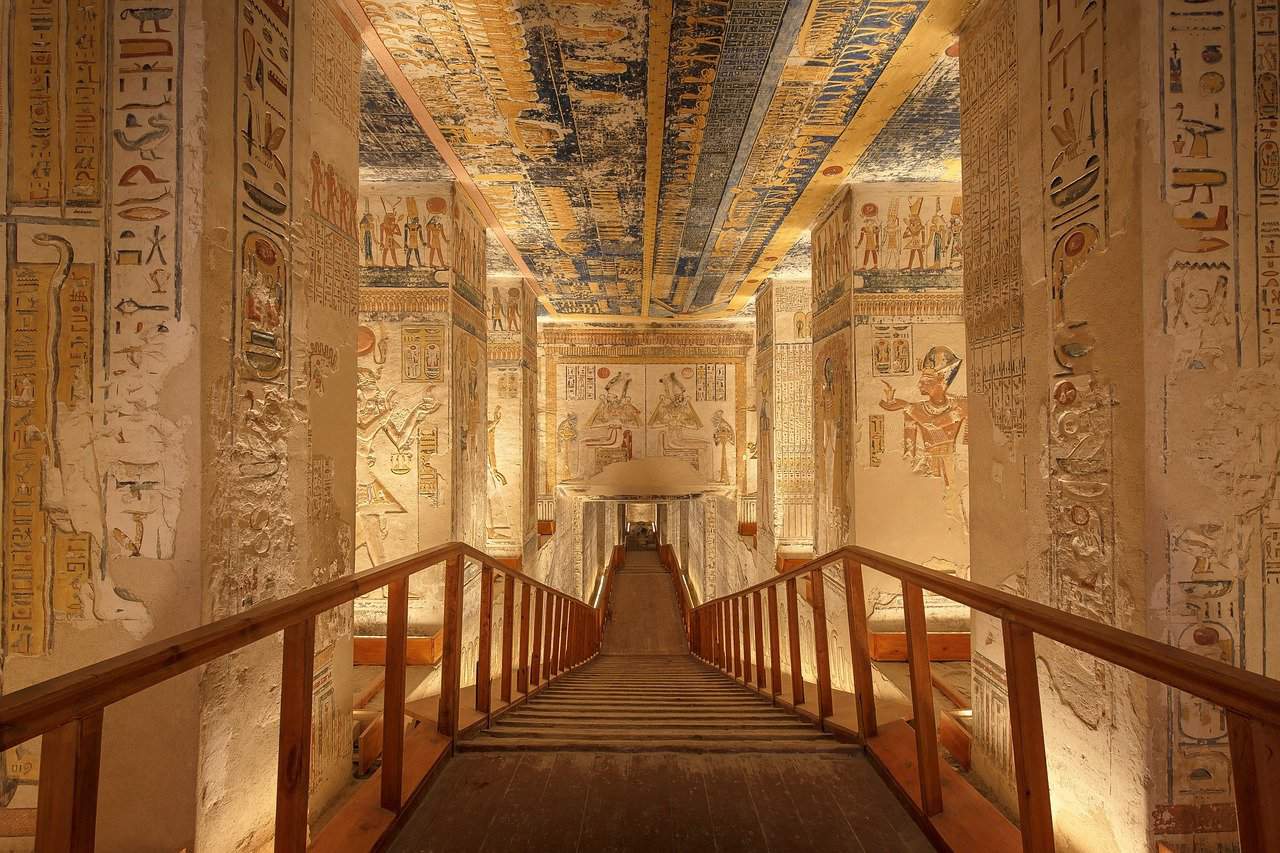 Welcome to the Pharaonic Village in Giza, Egypt

Egypt is truly the cradle of civilisations. You must have wondered at some point how people in ancient Egypt lived and prospered. You may also have wondered how they built one of the most powerful ancient civilisations known to man.

Now, thanks to the Pharaonic Village in Giza, Egypt, you can take a trip into the ancient past. There, you can actually witness that beautiful civilisation in the making.

As soon as you step inside the Pharaonic Village, you will be thrust into a world of splendour, mystery, and beauty. Along the way, you will also learn some of the secrets of ancient Egypt. Secrets of how the ancient Egyptians lived their daily lives will be revealed. You will see how they fought their wars and destroyed any foreign invaders. Who thought that Egypt would be easy prey.

As you walk in the door, you will easily find exact replicas of houses, fields, monuments from ancient Egypt. You may go on a boat ride through the River Nile and watch the performers, dressed in the traditional garbs of ancient Egypt, walk perform the exact tasks that were part and parcel of life in Egypt at the time.

The gods include Isis, Horus, Bis. Famous Pharaohs, such as Akhenaten and Ramses II, the longest-reigning king in ancient Egypt, are also featured. They will also find replicas of the Abu Simbel Temple.

Ancient industries are not forgotten at the Pharaonic Village either, as the actors perform exactly how ancient Egyptians built their ships. As well as glassmaking, fishing, mummification, pottery, painting and carving, sculpting. Also alabaster making, perfumes, weaponry, linen spinning, papyrus making, and winemaking.

They will also witness famous scenes from history, such as the story of Prophet Moses. Where his mother attempted to save his life by leaving him in a boat along the Nile. But not before making sure that he was discovered by the Pharaoh’s wife.

The Pharaonic Village is truly a place where one can become more educated and culturally aware of the beauty. Including that of the past and how it has led us to where we are today.

As the boat tour comes to an end, the guide leads the visitors into another part of the village. Where they can explore exact replicas of ancient Egyptian houses and temples. There they will learn more about the daily rituals performed by ancient Egyptians.

Interestingly, the Pharaonic Village is not only dedicated to ancient Egyptian history, but it also features museums that showcase other aspects of Egypt’s long and outstanding history.

The Pharaonic Village is More than You May Think…

In the Nubian Museum, visitors can become more acquainted with the history of the beautiful southern region of Egypt, with its rich heritage and culture. The Coptic Museum showcases an integral part of Egyptian history that has intermingled with many of its other cultural aspects.

You may also visit the Boats Museum and the Pyramids Museum to learn more about the specifics of the development of shipbuilding in the country and the history of one of the ancient wonders of the world.

It does not stop there, however, as the Pharaonic Village also delves into modern history by showcasing glimpses of the lives of Egypt’s modern presidents, Anwar Sadat and Gamal Abdel Nasser.

In short, the Pharaonic Village is a must-see location for anyone interested in learning all about Egypt, its history, culture, and amazing heritage. It is recommended that you do not miss any of the Pharaonic Village’s beautiful and informative attractions as it brings you thousands of years of history in one place.

Have you ever visited the Pharaonic Village in Egypt? Let us know your experience in the comments below.

Cairo Tower: A Fascinating Way to See Egypt From A Different View - 5 Facts and More

Heliopolis: Everything You Need to Know about the City of the Sun