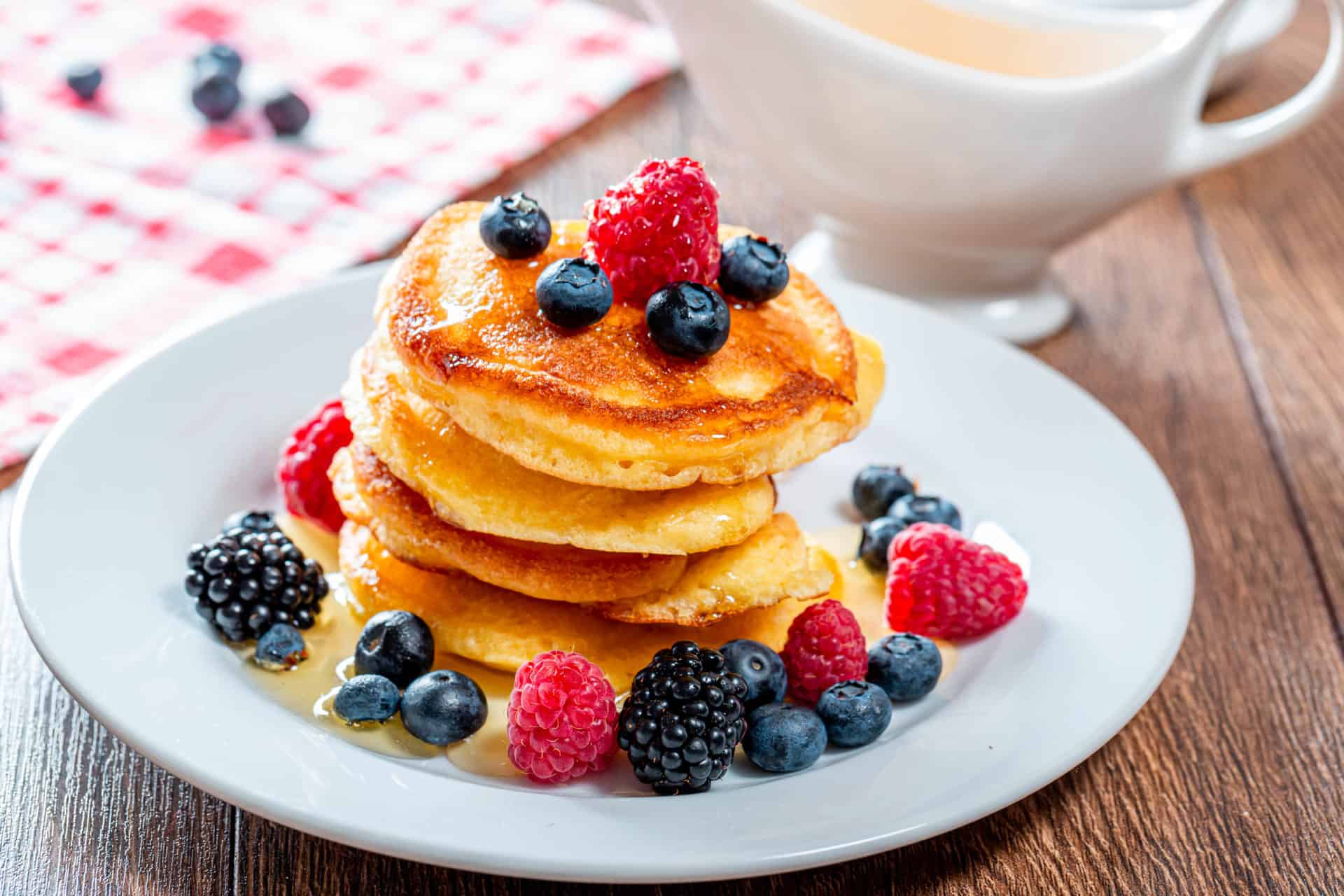 Shrove Tuesday, more affectionately known as Pancake Day, is a day where pancakes are served for every meal? When is Pancake Tuesday, you ask? It is celebrated the day before Ash Wednesday – the first day of Lent. In many cultures, Shrove Tuesday is also known as Mardi Gras or Carnival day and plays host to parades of bright colour and culture. Considered the last day of ‘fat-eating’ or gorging, it is the last day of celebrations before some partake in fasting or abstaining from certain foods for Lent.  A joyful event, pancake Tuesday brings families and friends together to indulge in one of the world’s favourite desserts. With a day totally dedicated to them, Shrove Tuesday pancakes seem to taste better than any other time of the year.

When is Pancake Tuesday?

Pancake Tuesday is celebrated the day before Ash Wednesday which is the first day of Lent. It always falls in February or March. In 2020, Pancake Tuesday will be celebrated on Tuesday the 25th of February. It is a movable feast and, thus, is determined by when Easter falls. Pancake Tuesday’s official name is Shrove Tuesday which came from the word shrive, a word meaning absolve. Lent is observed by the Christian calendar and is used as a period of reflection and self-examination to promote spiritual growth in areas of life that are lacking. Other people who aren’t religious take it as an opportunity to kick bad habits and develop better ones.

Where do the pancakes come in though? Well, Shrove Tuesday as the last day of the liturgical season of Shrovetide, which was before Lent. A popular practice would be to indulge and gorge on food before fasting or abstaining from rich foods. This is also where the term Mari Gras comes from. A direct translation of Mardi Gras is ‘Fat Tuesday’ which is reminiscent of the traditional practice of eating fattier, indulgent foods before Lent begins.

Why Do We Celebrate Shrove Tuesday With Pancakes?

Lent has always been a large part of the liturgical calendar. As early as 1000AD, there are records of the idea of penance happening for a week with people supposedly seeking out forgiveness for their transgressions before going through a period of penance. Though, by the Middle Ages, the celebration of Shrovetide lasted until the start of Lent. Why do we celebrate Shrove Tuesday with pancakes? It was an established convention that many societies eat rich and fatty foods, usually made with eggs and fat, that would be given up during Lent. Pancakes were popularised in the 16th Century and it is here we have the first records of British Christians feasting on the soft dough.

Naturally, due to Shrovetide being a Christian custom, in parish churches of varying denominations, the church bells are often tolled or rang. It is known as the Shriving Bell. The parishes do it to signify the ‘faithful’ being called to confession before the season of Lent. It also serves another more playful function – to remind people to begin frying their pancakes!

The historic nature of Pancake Tuesday cannot be denied, so it is no surprise that there are particular traditions that have become associated with it. Pancakes became a popular method of gluttony due to them using up ingredients that were naturally indulgent – butter, egg, milk, and sugar.

Once a ‘half-holiday’ in Britain, Shrove Tuesday began with the ringing of the church bells at 11 o’clock in the morning. Pancake races were once a common spectacle in villages and towns across the United Kingdom. Tradition has it that in 1445, a housewife from Buckinghamshire, England, was so busy making pancakes that she almost missed the Shrove Tuesday church service. On hearing the ringing of the bells, she ran out of the house, still carrying her frying pan and pancake while tossing the pancake through the streets to prevent it from burning. To this day, pancake races are a pretty common tradition throughout England. Where the tradition originated in Olney, Buckinghamshire, there is a special race that consists of a 415-yard course. All participants must wear a scarf and an apron, and toss the pancake from start to finish.

The usually austere Houses of Parliament become a little less tense on Pancake Tuesday. Every year on Shrove Tuesday, the Parliamentary Pancake Race takes place between teams from the House of Commons, the House of Lords, and the Media. They all race in the hope of being Parliamentary Pancake Race Champions. While there is a certain frivolity to it, the race is done in aid of Rehab, a charity that specifically caters for disabled and marginalised people by providing a range of services. These include health and social care, training, education, and employment services. Pancake Tuesday doesn’t just taste good, it can be beneficial to society.

Pancake Tuesday Around the World

Due to Lent and Shrovetide being a Christian festival, it is natural that the tradition of Pancake Tuesday is spread around the world. From Germany to Brazil, each country has rich traditions around Pancake Tuesday that form part of their culture. It is in the United Kingdom and Ireland, though, as well as parts of the Commonwealth, where the idea of pancakes as a meal is particularly widespread. The Irish for Pancake Day is Máirt Inide, coming from the Latin ‘initium’ – the direct translation meaning the beginning of Lent. The day is also called Mardi Gras or ‘Fat Tuesday’ which has connotations in the rich, fatty goods that are meant to be served during Shrovetide.

The Story of Pancake Tuesday

Pancake Tuesday is a celebration that is enjoyed globally by all ages. Originally celebrated with liturgical meaning, Pancake Tuesday has taken a life of its own and is a cause for merriment as people make pancakes and share food together. From Parliamentary races to cooking with friends, Pancake day is something that unites people together. With incredible and wacky recipes, and unique and creative ways to cook them, Shrove Tuesday pancakes always taste better.