Oslo: Explore these 14 Splendid Attractions of the Norwegian Capital City 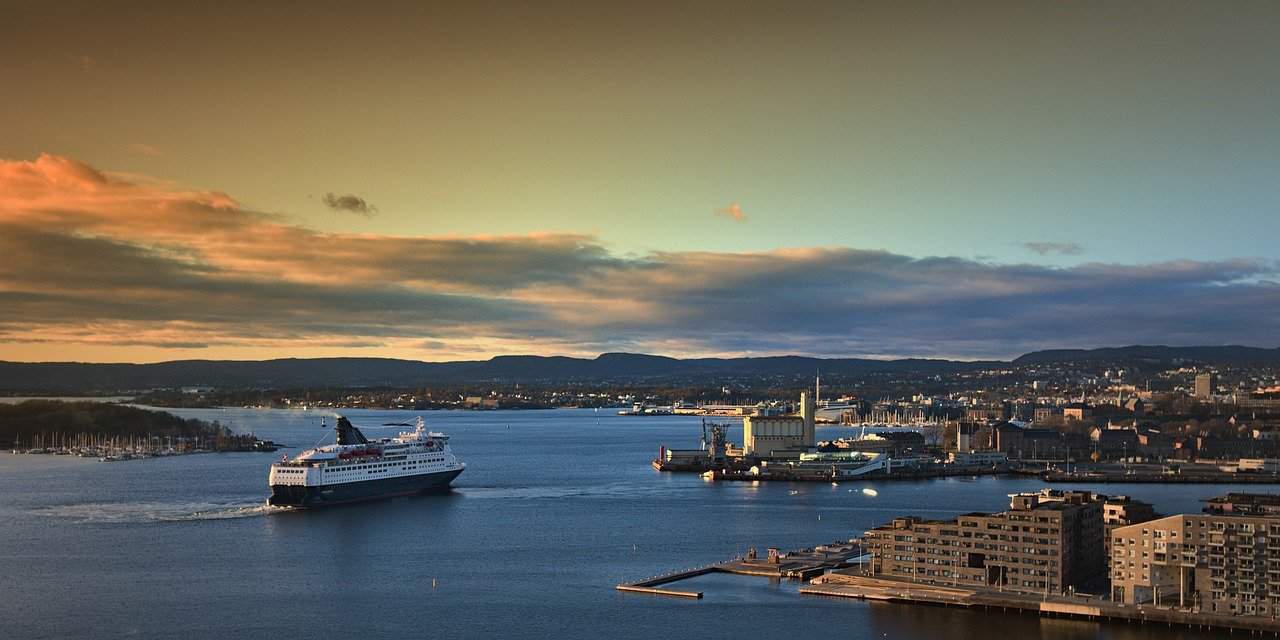 Green spaces are sufficient to elevate your mood and make you feel at peace. It’s an ability that nature can provide us with and leave us asking for more. Oslo is home to many botanical sceneries and stunning panoramas.

The Norwegian capital city, Oslo, is a spot that you should definitely visit at least once in your lifetime. This marvelous city is best known for its abundant saunas to cool you down during the chilly months. There are also vast green spaces with flowing rivers and waterfalls that will leave you spellbound.

Oslo is a destination that suits everyone. It’s famous for being a diverse spot where history buffs get to have fun as much as nature lovers. Moreover, art galleries and museums can be found at every corner, satiating those with deep cravings for art and culture.

Stick around to learn about all the spots that give this Nordic metropolis its out-of-the-world overture. We guarantee you will find something that appeals to you on this spectacular list.

Norway is famous for being home to many breathtaking fjords. Many visitors fly from across the world just to see these fjords. They lie in Western Norway, and you can quickly get to them from Oslo. This region calls for the adventurous souls who search for beauty in the wilds and unraveled nature.

From the top of the Oslo fjords, you can observe beautiful rivers and lakes coursing between the mountains. There are also splendid sceneries of glaciers that look straight out of a highly animated movie. This region is a spot for so many activities that will keep the visitors busy.

Thanks to the fresh, clean air, it makes for a great hiking spot. You can hike up the mountains while observing landscapes of a paradise untouched by man. Other activities also include skiing, kayaking, and surfing.

Norway is a freezing country that will leave you shivering from the chilling breeze. The same weather conditions apply to the surrounding countries. Thus, Norway has taken the culture of the urban sauna from its neighbors in Finland.

The urban sauna concept has taken Oslo city by storm ever since it started. There are several sauna sessions offered at different sites around the city. It is always a good idea to take a quick steaming dip into a sauna before getting into the fjords.

Saunas can be found in the Fjordside in Oslo. It is a brand new experience that will aid in curbing negative emotions and releasing stress. Also, it is beneficial as it cleanses the body from harmful toxins.

This magnificent river of Akerselva that courses through Oslo are one of the hidden gems that many people tend to overlook. If this is your first time in Norway, you must put this splendid destination on your bucket list.

Walking along the Akerselva river has this aromatic feeling for the many natural wonders you will observe along the way. The ambiance of nature is soothing to the mind and the soul, a serenity that you wouldn’t want to miss. You will come across wooden houses that reside along the river, representing the tranquility of suburban life.

Don’t forget to take bites of the local foods sold along the way. Not only will they satisfy your cravings, but they’ll also take your taste buds on a new adventure. It’s always a great way to curb your hunger while witnessing artistic graffiti along with other inspiring sights.

Gardens have this mesmerizing effect on one’s mood. Nature is capable of elevating your mood and banishing the unwanted blues. Oslo is a perfect spot to serve this purpose; it is home to several parks and gardens that leave you in awe.

The primary purpose of those gardens is to raise public awareness of the significance of plants. It also teaches people about the diverse types of plants and flowers. Being home to around 5500 species makes for the perfect educational platform about plants, particularly and nature, in general.

The peninsula of Bydgøy is a top tourist attraction in Oslo. It is a clear invitation to enjoy the splendid nature and walk through the lush forests to amuse your eyes. Several trails run through these forests and vast fields. They allow for energetic biking while watching this beauty.

Generally, Oslo encompasses several museums, with many of them being located at the Bydgøy peninsula. The walls of these buildings tell compelling tales from the distant past and make them alive to this modern day.

Some of the museums that you can find include the Fram Museum, Kon-Tiki Museum, and the Viking Ship Museum. There is also the Holocaust where it provides studies related to the Holocaust. It’s located in Villa Grande on the Bydgøy peninsula.

Oslo houses many museums that tell stories regarding the polar exploration in Norway, the Fram Museum. You should head inside this museum while in the Bydgøy peninsula. It is a few miles away from the Center of Oslo.

Inside the Fram Museum, you can expect to see exhibits about polar exploration during ancient times. It also features several polar explorers who played a vital role in history and should commemorate their names.

The highlights of this museum are the two floating polar ships. They still have their shapes intact and exist as a shred of evidence from the past.

Norway is one of the Scandinavian lands that has been home to the Vikings for many centuries. Thus, with the many museums lying around, it’s expected to see one solely dedicated to the history of the Vikings.

The Viking Ship Museum has been a national symbol of Oslo ever since it had opened its doors in 1926. Despite being currently closed, it is still one of the most iconic heritage in Norway. The ships exhibited in the museum have been captivating visitors from all corners of the world.

This museum will take you back in time, where you will learn about the history of the Vikings. You will also get to see collections deemed the most prominent cultural and historical artifacts around the world. Legends say that some soldiers were buried inside these ships as a way to honor them.

Besides, you will see the oldest skull discovered in Norway, rare treasures of the Vikings and Egyptian mummies. The museum may be formerly dedicated to the history, treasures, and artifacts of the Vikings. However, it still encompasses a wide diversity of ethnographic exhibitions.

If the science of religions intrigues you, you must visit the Oslo Jewish Museum. It is one of the prominent landmarks of Oslo. The museum’s main objective is to protect the national heritage of the Jewish minority in Norway.

Gunter Demnig was the artist who started the Stolpersteine project in Germany. Stolpersteine literally translates into stumbling stones. They are memorial cobblestones that commemorate the Jewish victims of the Holocaust around different countries.

Demnig has been helping the Jewish museum in placing cobblestones that commemorate the Jewish victims of Norway. You can find these stones placed near the museum. The museum also contains collections of artifacts and photos that document the history and culture of the Norwegian Jewish.

Here is another spot suitable for history buffs and lies right in Oslo’s Bygdøy peninsula. In fact, the word “kon-tiki” is the raft that Thor Heyerdahl, a Norwegian explorer, used. He used this balsa wood raft while sailing from South America to the Polynesian Islands.

This story of the explorer Heyerdahl is said to be based on truth. Five other men with him made it to the South American lands on a wooden raft. Besides this inspiring story, the Kon-Tiki Museum houses many maps and vessels that renowned explorers used. It also contains a huge library where there are about 8000 books.

The Oslo City Hall is a building that serves as the city’s main body for administrative practices. It has become one of the most popular destinations in Norway since its construction. The building has artistic decorations inspired by Norwegian culture and history.

Many ceremonies take place at that building, including the Nobel Peace Prize. You can take an enthralling guided tour inside the building to have an enrapturing experience. It is also an excellent spot for history lovers.

Rather known as Norsk Folkmuseum, this historical building lies on the Bygdøy peninsula of Oslo. It offers a wide array of collections of different artifacts that represent the culture of social groups from different regions. Not only that but also the museum is an open-air one with hundreds of different buildings within.

Each building depicts many social groups’ lives, traditions, and history from different sites around Norway. The collections found inside were collected from different towns and rural districts. While taking a stroll along the trails between the buildings, you will enjoy the fresh breeze and observe breathtaking greenery.

Opera houses are prominent monuments around different cities in the world. They are sites where art performances and cultural events take place. The Oslo Opera House is no exception; it is home to the National Opera theater in Norway.

This building has been around since 2008. It is located in the Bjørvika neighborhood in central Oslo, right at the beginning road of the Oslofjord. Thus, its location also allows for more adventures outside the opera house.

Moreover, the opera house is an extension of the vast nature of Norway. It is open and free for everyone to walk around and inside. Throughout the years, the Opera House of Oslo became a cultural landmark in Norway.

Another famous museum that lies in the Bjørvika neighborhood is the Munch Museum. It is an art museum, commonly known as the Munchmuseet. This beautiful building is dedicated to exhibiting the artworks of Edvard Munch, hence the name.

Before the museum lies a magnificent waterfront that adds an intriguing appearance to the whole site. It is a great experience for art lovers who would love to explore the highlights of Munch’s career.

You, definitely, have to see the renowned masterpiece, The Scream; a beautiful painting where the fjords of Norway are featured. This iconic collection is one of the reasons that the museum became a staple in Oslo. You can still marvel at other glorious artworks like Vampire, Anxiety, The Sun, Madonna, Self-Portrait in Hell and more.

A trip to Oslo is never complete if you miss this magnificent park, Frognerparken (Frogner Park). This park houses the Museum of Oslo, in which you can get to know Norwegian history through paintings and photographs. It is also the largest public park in the city.

Several colorful roses cover the whole park, creating an optimistic view that spellbinds the beholders. The real deal is the Vigeland Sculpture Park that you can find within the borders of Frogner Park. How did those sculptures ever get there?

Once upon a time, a talented Norwegian sculptor named Gustav Vigeland passed by the renowned Frogener Park. He put his magical hands into use and sculpted several statuses that represent the cycle of human life. People began to flock to the park to admire his artistic efforts. His works of art captured the attention of the beholders.