Close X
Home/The World/Nicaragua: 13 Magnificent Things to do in the Beautiful Caribbean Country

Nicaragua: 13 Magnificent Things to do in the Beautiful Caribbean Country 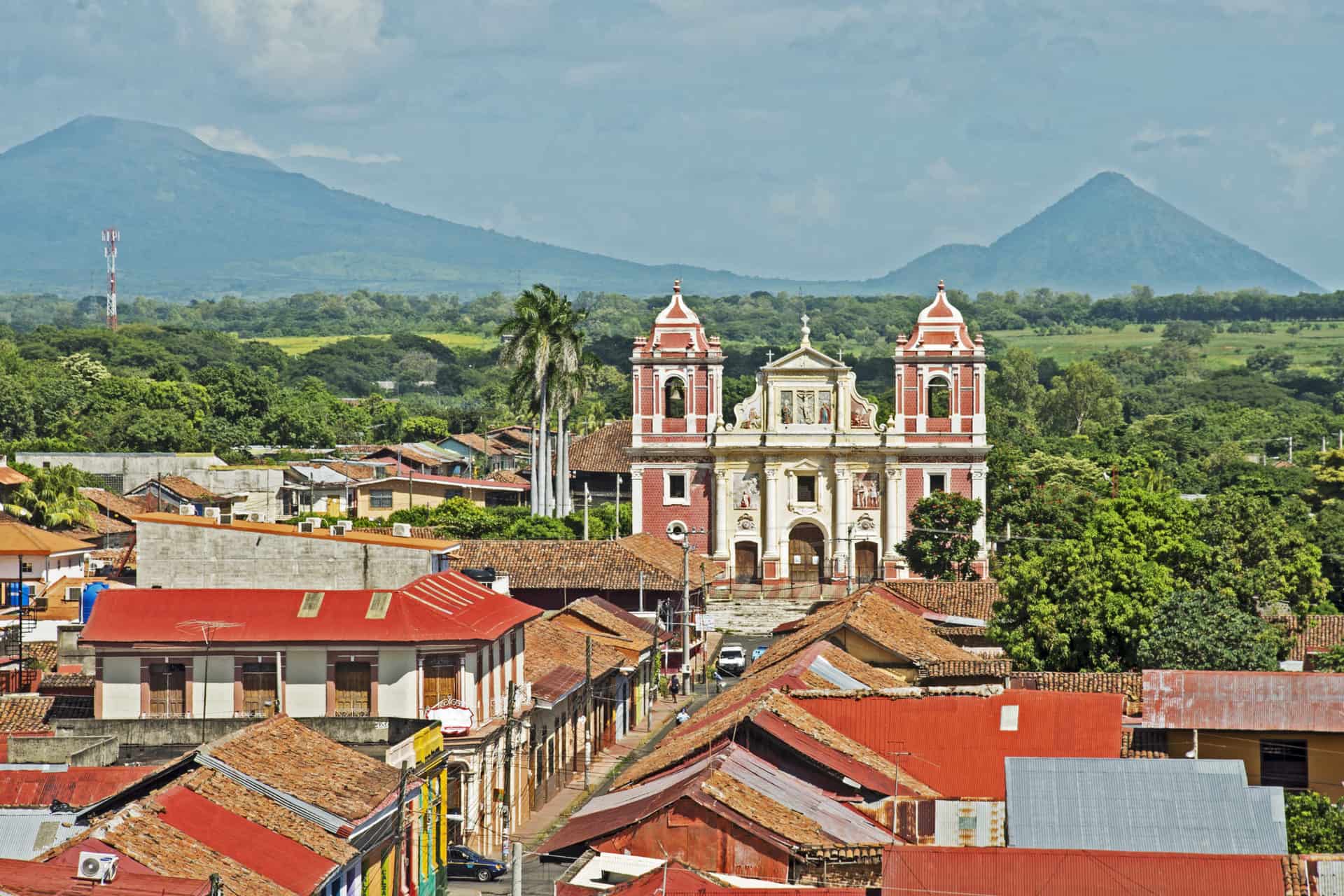 Nicaragua is located in the Central American region that separates the North American and South American continents, it was founded in 1821 and the city of Managua is its capital. Nicaragua is ranked first in terms of area among the countries of the continent, with an area of 130000 km square, bordered from the north by Honduras, the south by Costa Rica, the east by the Caribbean Sea, and the north by the Pacific Ocean.

The Spaniards arrived in Nicaragua in the 16th century and then gained their independence from them in 1821. The country contains a diverse number of terrains such as the large lake of Nicaragua, Lake Mangawa, mountainous highlands such as Cordillera Isabela, forests, rivers, and small islands.

Ethnicities vary in Nicaragua where there is a mixture of Amerindians, white, and others, and the official religion there is Roman Catholic. Nicaragua has many mineral materials such as gold, silver, copper, zinc, and much more, and it depends on its economy on industries such as petroleum refining, mineral products, and the clothing industry.

Tourism in Nicaragua has a key role in the economy, as there are many tourist and historical places, and there are also many resorts and parks, and every year many tourists from all over the world come to it to enjoy a lovely vacation there. You can also go to its popular markets, buy a lot of things from there, and go to one of its cafes and restaurants that are spread in Nicaragua to try its local cuisine.

Nicaragua has an equatorial climate with seasonal changes in temperatures, with a range between 21 and 27 degrees. There are two rainy seasons, a wet season that starts from May to October, and a dry season from November to April.

Things to do in Nicaragua

Nicaragua is a favorite place for many people because of its many tourist attractions, the country is characterized by beautiful beaches and charming nature. What is distinctive about it is that the costs of tourism in the country are considered low compared to other countries.

Nicaragua is well-known for the combination of many things of the beauty of nature such as volcanoes, beaches, lakes, and forests. You can also do a lot of activities such as surfing, fishing, swimming, jumping from heights and diving.

Now it is time to get to know more about Nicaragua, and know more about the place to visit and the important places there, so let us start the journey to Central America region and see what we can do there, pack your bags and we will begin our trip right away.

Lake Nicaragua is considered the largest lake in Central America at 177 km long and 57 km in width, the nice thing is that when the Spanish colonists came to Nicaragua they thought that the lake was a sea due to being very large. Also, it is home to about 365 small and large islands with two volcanoes located in the lake’s center.

The beautiful thing there is that it is a freshwater lake and you can find ocean animals that live there like sharks. It is also said that the lake was a sea bay but when the volcano erupted it turned into an inland lake and trapped marine life in it.

Corn Island is divided into two islands which are Big Corn and Small Corn and it is located about 70 km away from Nicaragua’s east coast. It is a perfect place to spend your holiday, where you can see in the Big Corn beautiful beaches, golden sands and crystal waters.

Although the name of the island is Big Corn it is a small island where you can move to all of it in just an hour by bike. About 40 minutes by boat is the Small Corn and you can also walk there in less than an hour and the best thing on the islands is diving or snorkeling to see the beautiful coral reefs beneath you.

Masaya Volcano has been considered the top-visited attraction in Nicaragua, it is located about 20 km away from Managua the capital city of Nicaragua and it is also located in the largest national park in Nicaragua.

It is known as an active volcano, you can go to the edge of the crater with a vehicle and when you reach there you will see in the center a lake of lava, if you visited it in the dark you will see the glow of the bubbling lava that is created inside there and also don’t forget to visit the museum in the place.

Mombacho Volcano Natural Preserve is located southwest of Managua the capital city of Nicaragua and 10 km away from the city of Granada and Lake Nicaragua. It includes a cloud forest landscape and covers 2500 acres, it is surrounded by rural farms, is well-known for its colorful plants and fragrant flora, and has more than 800 species of plants.

When you visit the nature preserve you will see many animal species living there like green quetzal bird and many monkey species. You can see all of that and more while hiking on the trails in the preserve and discovering many parts of it.

Leon is a beautiful city in Nicaragua, it is known as the country’s intellectual capital and it includes many important buildings like the cathedral, Nicaragua’s National University, and art museums. Leon’s cathedral is the biggest one in Central America and has a mixture of Baroque and Neoclassical styles.

Also in Leon, you can visit the Iglesia de la Recoleccion, it was built in 1786 and it was built in Mexican style with a yellow façade. Another place that you can visit is the old Leon, which is considered a UNESCO World Heritage Site, it is a 16th-century ruin and it is also well-known as one of the first Spanish colonial settlements in the Americas.

You will be impressed when you reach the top of Maderas you will see a magnificent lake and also a beautiful waterfall at the base that cascades about 50 meters down a rock wall. Many activities can be done there like kayaking, horseback riding, and biking.

Islets of Granada is an archipelago form that is home to 365 small islands in Lake Nicaragua as we said before, it was named that because of its location southeast of the city of Granada and it was formed of ash and stones of Mombacho volcano from more than 25000 years ago.

As some people know some islets are abandoned but others are not, there is Jicaro Island Lodge, which is a two-story wooden treehouse, which is such a perfect place to be connected with nature, and from there you can also explore the other islets by kayak.

San Juan del Sur is located southwest of Nicaragua, on the Emerald Coast and it is also near the border of Costa Rica. It is such a beautiful town and includes a long surf beach, and you can walk through the town and explore it, and see the wonderful colorful buildings.

One of the top attractions located in the town on the top of a hill is the large statue of Christ of the Mercy and from there you can see a lovely view of the town and the sunset. If you want to have some relaxation, then the Playa Maderas beach is the perfect choice with gold sand and crystal waters.

Visiting the city of Granada is one of the best things you can do in Nicaragua, the city is full of colorful buildings, and one of the greatest architecture in Nicaragua, and also many buildings were built in Spanish colonial style.

One of the famous buildings there is the Convento San Francisco, which is considered one of the oldest churches in Central America and it has a blue façade with a beautiful museum inside it. Visit the main square of the city where you can rest at one of its restaurants or cafes and try one of its local meals.

Apoyo Lagoon Natural Reserve is a large volcanic crater lake that was created about 20,000 years ago, it is located about 30 minutes away from Granada and the lake is 198 meters deep. When you visit the place and if there is a wind blowing hard, you will see big waves to windsurf. Also, you can do many activities there such as swimming, kayaking and much more or rest in one of the restaurants located there.

Nicaragua Bosawas Biosphere Reserve was founded in 1997, it aims to protect the species whether animals, plants, or birds that are found in this part of the country. It is also called bird paradise, where you can find more than 600 bird species living in the reserve, and besides that, many mammals are living there like spider monkeys in the trees.

Reserva Natural Miraflor is a lovely destination that you can visit to discover about 300 species of birds such as the bright queen quetzal. The reserve is located in the north of Nicaragua and it covers three climate zones like cloud forests. In the reserve, you can participate in many activities and this gives you the chance to get to know more about the locals that live there and their culture.

Somoto Canyon National Monument is located north of Nicaragua, 2.5 hours away from the city of Leon and it is a protected strait that was discovered in 2004 by two Czech geologists. When you visit the place you will love the beautiful nature that surrounds you, you can also make a trip and try jumping from high cliffs into a pool, floating down rapids in inner tubes, and more.

Yemen: Top 10 Amazing Attractions and Mysteries from the Past