Top Things to do in the Beautiful City of Newcastle 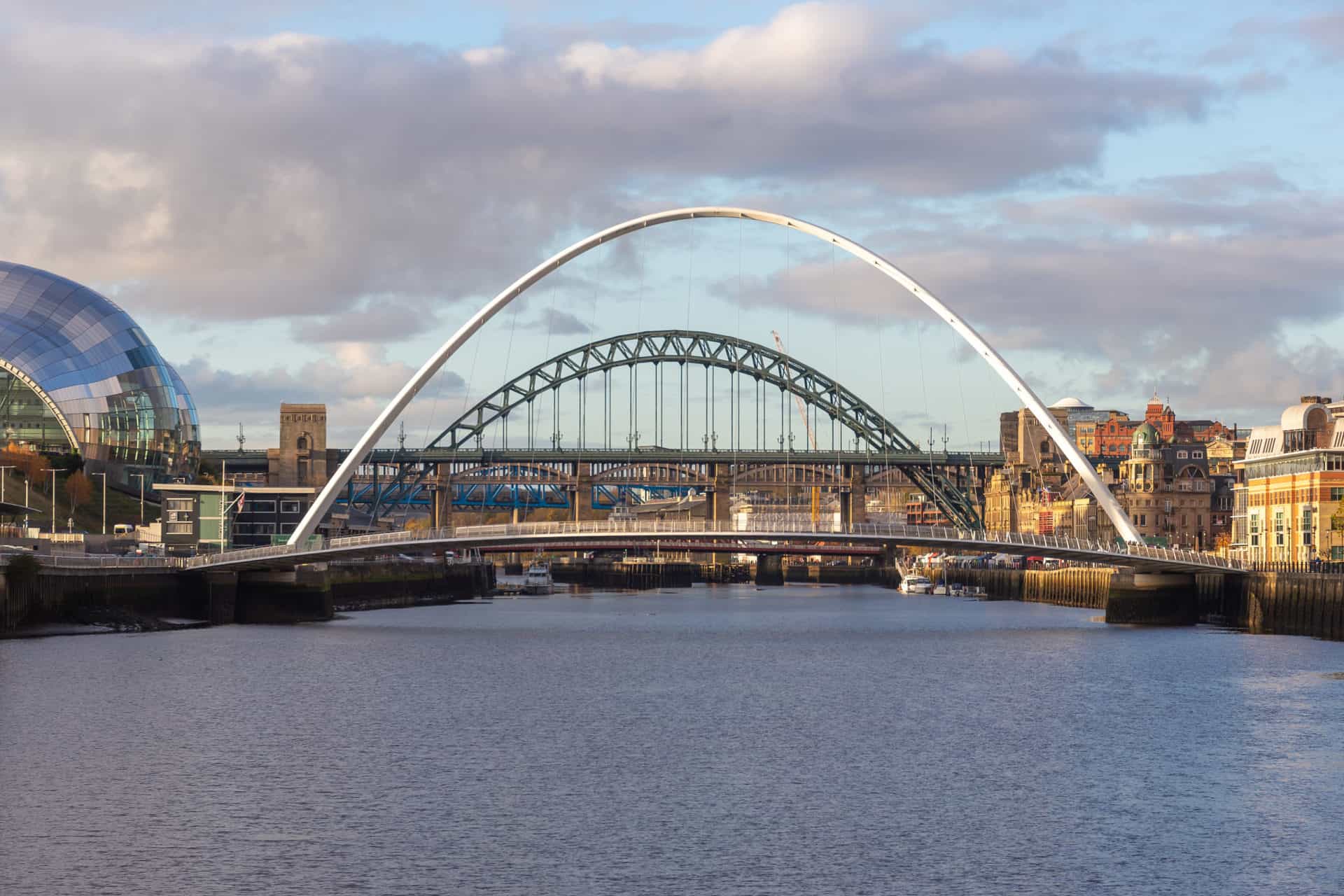 Newcastle is located in the northeastern part of Britain, on the northwest bank of the River Tyne, and it is about 14 km away from the North Sea. Newcastle is one of the most important and crowded cities in Britain and was a Roman settlement in the 14th century.

It was known that the city of Newcastle is one of the most important economic areas, in the 19th century the city played an important role in the industrial revolution and was a pioneer in the field of coal mining.

The city of Newcastle was a center for the wool trade and an important port for the manufacture and repair of ships, and it is still like that until now. The city’s streets are famous for being beautiful, clean, and organized, and according to a BBC poll, the city won the most beautiful and elegant British streets awards.

The city is distinguished by its nightlife, unlike the rest of the English cities. The city won the title of the best night city and outperformed Las Vegas, Paris, Amsterdam, and other cities. Its residents are distinguished by their good reception of students and tourists, and they are known of being good at hosting visitors.

When you visit the city, you will see the original urban style in it that distinguishes it from the rest of the English cities, and the presence of archeological buildings and historical monuments, making the city a tourist attraction and many people come to it from all over the world. In the article, we will get to know more about the important attractions in Newcastle, what to do there and the activities that can be also done. So let us start the tour and enjoy it to the fullest.

Newcastle has a cold oceanic climate, but it is considered as one of the driest cities in Britain, with a temperature of 33, and in winter the temperature reaches 12 degrees, and the rain falls from October till February.

Things to do in Newcastle

Newcastle is one of the most beautiful cities in England as we said before, due to the city’s attractive tourist attractions, which make the tourist spend an enjoyable time in the city. It also includes the largest markets in the world, and there you will find many options and appropriate prices and all local and international brands.

There you can eat the delicious food offered by the restaurants located in the city, whether local or international. In Newcastle, you will find many museums next to theaters that offer the most beautiful types of art and ensure that you will spend the best evening inside the theater.

The Newcastle Cathedral is one of the top attractions to visit in the city, it was built in the 14th and 15th centuries and it is also known as the Cathedral Church of St. Nicholas. When you visit the cathedral you will see a lantern tower, it is one of the church’s best features, and it is 197 feet tall, and it was built in 1435 with a Scottish crown on the top of the tower.

When you are inside the cathedral you see the lovely interior design, with canopied font and lectern, and they were built in the 15th century. Also, some statues are located in the cathedral from the 15th to 20th centuries.

The Millennium Bridge is located on the Tyne River, where you can cross it by foot or even a bike and it was opened in 2001. It is considered as one of the top attractions in Newcastle with a distance of 126 meters crossing the river and connecting Newcastle’s Quayside area and the arts quarter of Gateshead on the south bank.

The bridge was designed to be tilted enough to allow boats to pass underneath, this 4.5-minute undertaking is quite the sight and you would like to catch that in action during your tour in Newcastle.

The historic Tyne bridges consist of seven bridges on the Tyne River, and all-around Newcastle, and three of those bridges are famous internationally. The oldest bridge is called the High-Level Bridge, which is consisted of a two-level structure 165 feet high and was built in 1849 by Robert Stephenson.

There is also the Swing Bridge, which was designed by Sir W.G.Armstrong, it is located on the same site as a Roman fort that stood before and was opened in 1876. Another bridge that is symbolized the city’s identity, it’s called the Tyne Bridge which was built in 1928 by King George V.

The Laing Art Gallery includes many collections of paintings, sculptures, and more, such as paintings by the 20th century British artists like Stanley Spencer and work by Gauguin. Also, you will find their decorative arts from the 16th to 18th centuries like silver, ceramics, and much more.

When you also visit the gallery, there are many exhibitions and educational activities and besides that, there is a café inside. If you are an art lover, you can visit another art gallery in Newcastle and specifically locate at Newcastle University is Hatton Gallery, which includes many artworks by European painters from the 14th to 18th centuries and also English artists.

The old city Chares is located east of Tyne Bridge, which is considered one of the oldest parts of Newcastle and it is a great place to explore. When you are in the old city you will see narrow alleyways and lanes, castle stairs, long stairs, the latter leading to Castle Keep and the Black Gate.

While exploring the old city, there are many things you will see on your way like Trinity House which was built in 1721, Custom House built in 1766 and many restaurants and cafes spread all over Chares. The last attraction in the city is the All Saint Church built by David Stephenson in Neoclassical style.

The Discovery Museum is a wonderful place to visit especially with family, it includes World War II vehicles and vintage cars. You will find a locomotive that was built by George Stephenson in 1830 for the coal mines of Killingworth, and a model recreating the River Tyne in 1929.

Also, you can find a model of the first turbine-driven steamer ever, Turbinia which was designed by Charles Parson, and besides all that there are many paintings collections, sculptures, a library, and a café.

Newcastle’s Castle was built between the years 1080 and 1172, it is located in the north part of the city and it is a well-preserved Norman fortress. The castle is a great place to explore, where you can see the late Norman Chapel and the King’s Chamber and besides that the old passages and medieval chambers. You can also go to the top of the tower located there and see a magnificent view of the city.

Eldon Square is one of the famous places in the city for shopping, where it is full of many shops, designer boutiques, cafes, and restaurants, and besides that, there are some fine antique stores on Vine Lane.

While you are at Eldon Square, you can walk shortly and go to the Chinese neighborhood and try one of its restaurants on Stowell Street. Also, you can visit a famous attraction there which is Newcastle’s old medieval town walls.

It is one of the top attractions for kids in Newcastle, Life Science Center is considered as a learning facility that includes many activities to do for kids to experience, live theater productions, a thrilling planetarium, and much more. Another place that is suitable for kids is the Seven Stores which is considered as a center for original manuscripts.

The Great North Museum: Hancock is a home of many exhibits that display things about natural history and ethnology, and artifacts from ancient Egypt, Greece, and Rome, and it was built in 1884 in a Victorian building. If you are visiting the museum with your kids, then it is a good place for them to explore with a study zone and a garden.

There is also a park, where you can have a wonderful picnic with the family after visiting the museum. Another attraction to visit and you will find some of its displays are in the museum which is Segedunum Roman Fort and Museum, where you will see excavated remains of a Roman fort.

The Quayside district is located around the Tyne River and many bridges around it including many houses that are now hotels and restaurants, also there is Sandhill in the district and it contains many historic buildings to discover such as the Guildhall it was built in 1658. Another building in the district is Bessie Surtees House which consists of two merchant’s houses from the 16th and 17th centuries.

In the district, there is the underground 2.5 mile long Victoria Tunnel, which is located beneath the city from Town Moore to the Tyne and it was opened in 1842.

Grainger Town was named after Richard Grainger, who was the architect who rebuilt the city center between 1824 and 1841, and you can find the Grainger Market which was built in 1835 and today sells fresh foods and other things.

The Grey’s Monument is located at the end of Grey Street, it is 135 feet high and it is one of the famous attractions in Newcastle it was built in 1835 in the memory of the second Eral Grey and it commemorates his role as Prime Minister.

Gateshead is a town located near Newcastle, it is known for its wonderful architecture and it includes many attractions that you would like to visit. There is Sage Gateshead which is a center for musical performance. Also, the Angel of the North is a big steel sculpture of an angel designed by Antony Gormely and it is 66 feet tall with wings of 177 feet across.

Another attraction in town is Shipley Art Gallery, which includes many works of local history, silverware, and glass. Saltwell Park is a famous park, where you can walk there through the gardens and woods and see the beautiful nature around you.

Places you can stay in Newcastle

With all these attractions located in Newcastle, and after a long day of visiting them you should have some rest in one of the hotels located in the city and here are some of them that you can try during your visit to the city.

Paris: Wonders of the 5th Arrondissement

Your Ultimate Iran Travel Guide That Will Make You Start Packing