New York City: A Tourist’s Guide To The Big Apple 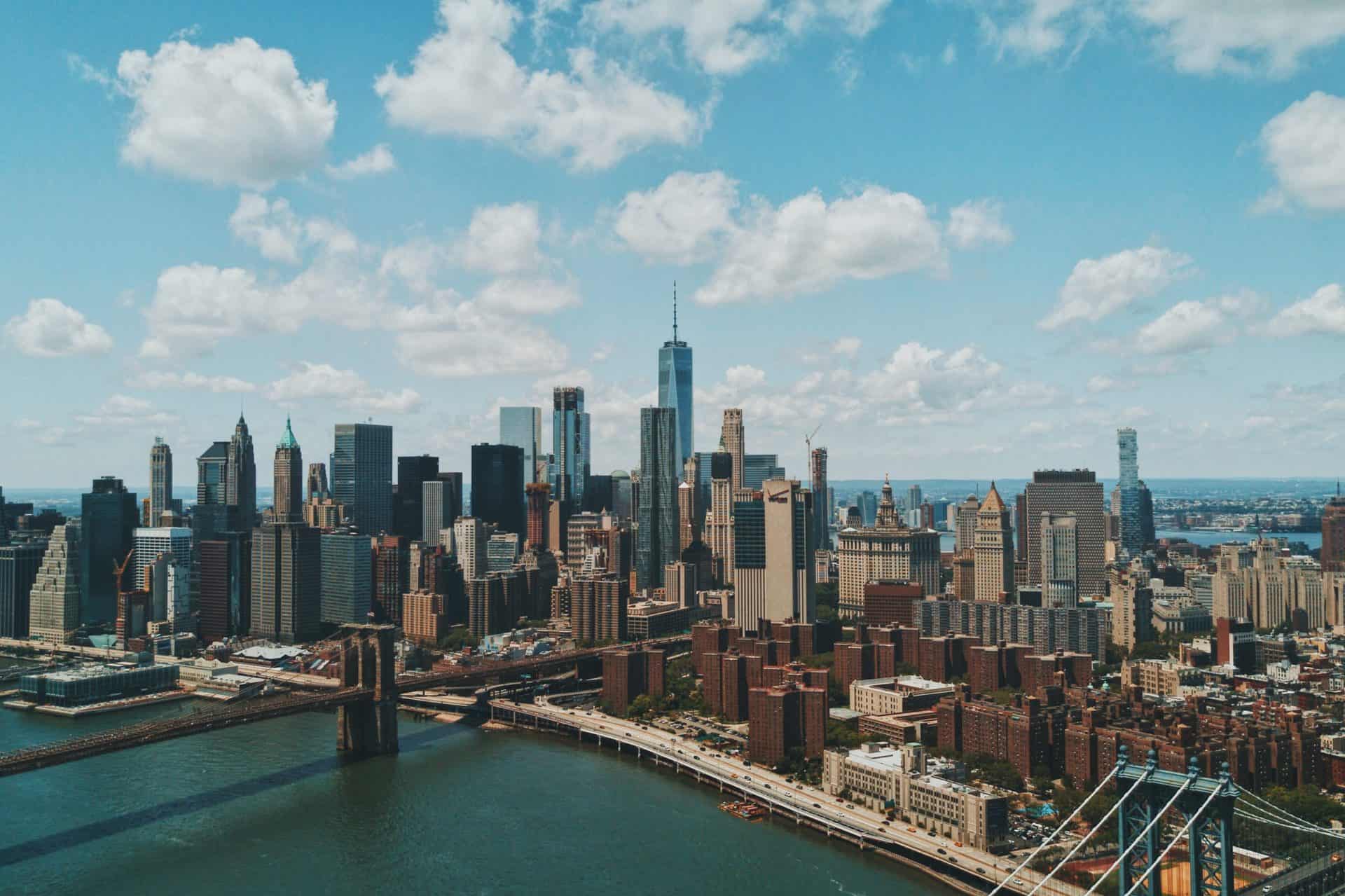 Ah… New York City. The city so many dream of living in. The romanticized streets of Manhattan, the scene of so many romantic comedies, and one of the tourist capitals of the world. If you’ve never been to New York City, it is an unforgettable experience. When touring New York there are essential monuments, museums, exhibits and experiences. There is no possible way to cover New York City all in one trip, however, there are certain attractions that are unmissable and therefore, we’ve procured you a list of the “must-see” New York City destinations.

Statue of Liberty and Ellis Island

One of the main ports of immigration to the U.S. for a long period of time, The Statue of Liberty and Ellis Island are not only important parts of American history, but also national landmarks. Any American who has family that immigrated to the East Coast, probably had family that came through Ellis Island. Today, you can tour both the Statue of Liberty and Ellis Island on one ticket. Climb the stairs of Lady Liberty and see a gorgeous view of Manhattan across the river. After walking the grounds of the Statue of Liberty, take a little boat ride over to Ellis Island. Walk through the buildings and tour the museum that takes you through the same process that immigrants decades ago would’ve gone through. You can also spend time on Ellis figuring out if any of your ancestors traveled through the immigration port. The Statue of liberty is a piece of history for Americans and visitors alike.

The somber memory of 9/11 will always weigh heavy on the heart of New Yorkers. Where the twin towers once stood is now the scene for a memorial and museum in dedication to the events of September 11th, 2001. Upon walking to the 9/11 memorial you will see business men and women, going about their day. However, the closer you reach the memorial, an eerie silence washes over what is usually a very bustling and loud city. Where the Twin Towers once stood is now hollowed out fountains. Along the black granite are the names of those who lost their lives. To learn more about 9/11 and NY’s rebuilding process, head inside. The 9/11 museum, while also a very somber museum, takes visitors through a timeline of the day. It is accompanied by pieces of debris, survivor’s testimonies and more recently the construction of the Freedom Tower. This activity is maybe not the most fun, but it is important to understand the history of New York City.

The Empire State building is one of the most, if not THE most recognizable building in the world. When people envision New York City, the skyline and more importantly, the Empire State building are what people recognize. As a visitor of the city; this incredible building with perfect views of the whole city, is an absolute must-do. You can travel the floors by elevator and walk around the entire floor, catching views of New York from every angle. After catching all the views, you can stop for a meal at one of the two restaurants in the building or grab some fast food or even a coffee to perk you up for your next great attraction.

When I think of New York City, I think of Broadway. Flashy lights, old New York theaters in pristine condition and some of the best talent you’ll ever see. Many people will say that the theater isn’t for them or that they don’t like show tunes but with the creative geniuses Broadway has to offer, it would be a tragedy to go to New York City and not catch a show. Broadway, while it seems like one singular place it is actually composed of a few streets located near Times Square. There are 40 theaters scattered between West 41st and West 53rd street in Midtown Manhattan. Each theater runs a series of different shows. There is no shortage of options. Even if watching a musical isn’t your idea of a fun time, walk through the Broadway area to see the glitz and glamour.

Do you know those magical scenes where the main character of the movie is standing in the center of Times Square with the camera spinning around them? How about the opening scenes of someone weaving through the crowds of New York City? Needless to say, Times Square is nothing if not iconic. With massive electronic billboards, the smells of the New York City streets, the massive stores and so much more, there’s no doubt that Times Square is the top attraction in NYC. When visiting this densely populated and almost mythical-like area, there’s almost too much to see and do… so you must prioritize. Grab a slice of NY style pizza, and wander through the three-story shops. Or pop into the small bodegas for cheesy trinkets, and crazy good… chinese food? Times Square has it all. Don’t get sidetracked here all day and make sure you have a plan going in. Otherwise it might be a bit more overwhelming than you think.

Another iconic location, Rockefeller Center is not only where most of Today’s news shows are filmed but also the location of many movie scenes including the famous scene of Will Ferrell skating in Elf. The best time to visit this gorgeous area, located just off of Times Square, is Christmas. From the 1st of December you can visit the Rockefeller Christmas Tree which is gorgeously decorated. You can also grab tickets to the ice skating rink, or enjoy a vendor cart hot chocolate and observe. There are holiday decorations scattering the area, and crisp snowy air around you. Also in the Rockefeller Center area is Radio City Music Hall. Both historic and fabulous, this theater has one of the best and most loved Christmas traditions. If you haven’t caught on yet, I’m talking about the Radio City Music Hall Rockettes. These talented dancers are known for the Christmas Spectacular that runs in Radio City Music Hall for about 6-8 weeks. The show is exactly how it is described… spectacular. If you’re in New York City for the winter, Rockefeller Center is definitely the place to be.

Lastly, on our list of New York City attractions is Central Park. The idea of Central Park came from Frederick Law Olmsted in the mid-1800’s. His ideas behind the park are quoted as “[The beauty of the park] should be the beauty of the fields, the meadow, the prairie, of the green pastures, and the still waters. What we want to gain is tranquility and rest to the mind.” More so, the park is used as escape from city life. In a jungle of concrete, Central Park brings you back to your roots. It is a breath of fresh air, a place for New Yorker’s to get a workout in and the spot for many events such as engagements, weddings, movies and more. At some point in your trip to New York City, Central Park must be on your list.

At the end of the day, it’s impossible to see all of New York City. These are just the highest of the highlights. However, one could create a list like this for each borough, geez even each street of New York. This guide will hopefully help you to get started on your bucket-list trip to New York City.

The Top Ten Things to Do in Nottingham for Families