The Complete Guide to County Antrim 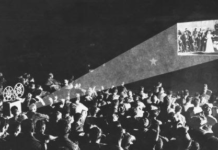 Morrigan is one of the great Goddesses of Ireland and is a multifaceted Goddess. Portrayed as the Fearless Celtic Goddess of War. She is one as Morrigan and many, a trinity as The Morrigan or The Morrigu. In the modern world, she is found in many guises and is said to rule over a diverse array of things. Also in the ancient world, she appeared in certain forms and was associated with specific activities and qualities. Furthermore, she is a shape-shifter known for being a goddess of war and battle, the cycle of life and death, and is also associated with wisdom and prophecy, magic and the land, among other aspects.

With her black long hair, war tattoos on her face and eyes as black as the crows that form her court, The Morrigan is a mysterious goddess. However, her personality is hard to get one’s head around—for a very good reason—and the Legend surrounding her is marred with pain and rage.

To truly gain a more insightful understanding of who Morrigan is, it’s important to understand the Celtic culture of that era. The Celts idolised warfare, and women were warriors up until 697 CE, often fighting in battle or helping the wounded. Protecting their families and their land (viewed as female) was a dominant aspect of the Celt’s pride and was reflected in the Morrigan.

The complexity of the Morrigan begins with her nature. She appears in mythology as one individual Goddess, but her name is also a title applied to her two sisters, Badb and Macha, her nieces Fea and Nemain, as well as several other Irish Goddess at later points.

She is the Morrigan, but so sometimes are they; there is no hard and firm boundary, no easy line to draw to separate one from the others. She frequently appeared as a black crow, an ominous sign for those who saw her prior to battle. Legend has it that the Morrigan was, in fact, a triad of her sisters.

The three of them were War deities, each one overseeing of a different aspect. Morrigù was the youngest and was in charge of acknowledging the heroes and inspire courage. Badb was the flying crow and took care of reaping lives on the battlefield. Also known as Eriu, her name later became the Gaelic name of Ireland. Macha was the general, leading the divine armies.

(pronounced bibe), meaning “crow,” is known as The Prophetess, A war Goddess associated with battle, destruction, and death and often appeared over battle as a hooded crow, or ran alongside warriors disguised as a grey-red wolf. She was sometimes referred to as Badb Catha (pronounced bibe kah-ha), or “battle crow. Badb was often reported to join the fray on the battlefield in her female form. Using magic and sword to vanquish her foes. And she definitely played favourites, as her presence was used to cause confusion and terror among the soldiers on the opposing side. But Badb was also a type of guide, ferrying souls from death after the battle to their rebirth in the next world. She straddles the mortal realm and the realm of spirits, hence her power as a prophetess.

(pronounced mak-kha)is the aspect of the goddess associated with war, ravens, horses, and sovereignty. She is seen several times in legend, but probably the most familiar tale casts her as the wife of a man named Crunniuc. The root word “mag” translated means field, plain or pasture. This name connects and gives Macha power over the sacred land and horses, representing wealth, power and symbolising the elite warriors. As part of the Trinity, she rained down fire and blood on her enemies.

(pronounced on-an) is the aspect of the goddess associated with fertility, cattle, war, and prosperity. She is responsible for culling out the weak; in the context of war, she was known to ease the passing of those dying on the battlefield, where she would comfort them in the form of Death itself. Anann was a prophetess and her battle cries meant death would soon follow. By shrieking furiously, she intimidated, panicked, and confused soldiers on the battlefield into dying of fright or mistaking their own comrades for enemies. This aspect connects to the role of Banshee. In some modern writings, she is named Nemain. That name translates to panic, frenzy or venomous.

The Shape-Shifter has the ability to change their physical appearances. They are also able to adapt easily to different environments by altering their behaviour.

Ancient mythology tells us that the Morrigan can appear as a crow, raven, wolf, eel, a beautiful young woman, or grey-haired hag. In the Tain Bo Regamna, she is described as a red-haired woman dressed in a red cloak. Moreso there are not, to our knowledge, any surviving images of her from the Irish pagan period. Although a quick internet search will reveal a plethora of new images of the Morrigan, some born from mythological descriptions, many born from the inspiration of the artist. The diversity of modern depictions is dizzying, contradictory, and sometimes frustrating.

However, In seeking to find what the Morrigan looks like you will see everything from scantily clad, thin, buxom women wielding swords to well-muscled warriors armed and armoured; from bloody hags whose piercing eyes jump out from the paper or screen to serene, proud figures bearing raven wings. Each as different from the other as the hands that created them, and yet each holds a small spark of her spirit.

Morrigan appears to Cuchulainn as a young woman (or hag, depending on the version) and offers him her love, and her aid in the battle, but he rejects her offer. In response, she intervenes in his next combat, first in the form of an eel who trips him, then as a wolf who stampedes cattle across the ford, and finally as a white, red-eared heifer leading the stampede, just as she had warned in their previous encounter.

A long line of warriors set against Cuchulainn, including his foster brother (who really only agreed to fight him after a trick of the Queen). Cuchulainn ended up killing his brother, and, wracked with pain, sadness, and physical wounds from the battle, Cuchulainn retreated to rest and grieve and heal.

What happened to the hero Cuchulainn? Well, the tale ends no better for him. He was killed in a battle, though many years later, as The Morrigan’s old Crone had predicted.

Morrigan met Dagda, the King of the Tuatha de Danann, at Samhain. The Dagda had a home in the north and he was told to meet a woman there before the battle. He found the woman washing in the river Unis of Connacht, which flowed just to the south of his home. She had nine loosened tresses on her head and captivated the king instantly. The Dagda spoke with her and they slept together. Morrigan then told Dagda that he should summon Erin’s men to meet her and that the Fomorians would land at Mag Scetne. She aided the Tuatha de Dananna in their battle and once they had won, she proclaimed the victory to the royal heights of Ireland.

Historical Sites Related to the Morrigan

Furthermore, there are several sites associated with the Morrigan in Northern Ireland. One such place is a county town known as Armagh which translates as “Macha’s height” or Machas’s high place. The Dá Chich na Morrigna (“two breasts of the Morrigan”), a pair of hills in Co. Armagh, which was considered the capital on Ulster in the chronicles of the Ulster Cycle. In the county of Louth, there is a field known as Gort na Morrighan (Morrigan’s field), which was said to be given to her by the Dagda. Boa Island, the largest island in Northern Island has been named after Badb. In addition, inscriptions invoking Cahaboduva (battle Raven) have been found in the Drome region of France.

The Morrigan is a complex Goddess indeed, some may say a group of complex Goddesses, but she can be found both in history and in the world today. She has many forms in the ancient story and in modern artwork, in our dreams and in the concrete reality of the crows flying over our heads. She appears in myth and folklore and reading those stories we can learn a great deal about who she was and who she still is, while our own experiences and those of our contemporaries also help us better understand her. Look, and you will find her- the fearless Celtic Goddess of War.

The Whole History of the Tuatha De Denann: Ireland’s Most Ancient Race| Dive into the Finest Legends and Tales of Irish Mythology| Leprechauns: the Famous Tiny-Bodied Fairies in Ireland| The Superstitious Fairy Trees in Ireland|

0
There are many brilliant famous Irish women who have paved the way for others. From authors, writers, historians, fighters and more. Irish women are...
Read more
Ireland

0
The Dingle Peninsula is one of our favourite places to visit in Ireland, located in the inviting County of Kerry. It's one of the...
Read more
History

The History, Lyrics and Meaning of the Amazing Grace Song

0
Amazing Grace has become one of the most beautifully haunting Christian hymns in the world. Many famous faces have covered the iconic song from...
Read more

Cuff’s Bar and Grill at the Crumlin Goal

0
After a fantastic and interesting historical tour of the Crumlin Road Gaol what could be better than a delicious meal. Cuffs Bar and Grill...
Read more
The World

0
Travel sometimes isn’t an option, but that doesn’t mean culture cannot be absorbed through different methods. Some of the best online museums feature online...
Read more