Micronesia: Your Ultimate Hideaway Holiday in these Magical Islands 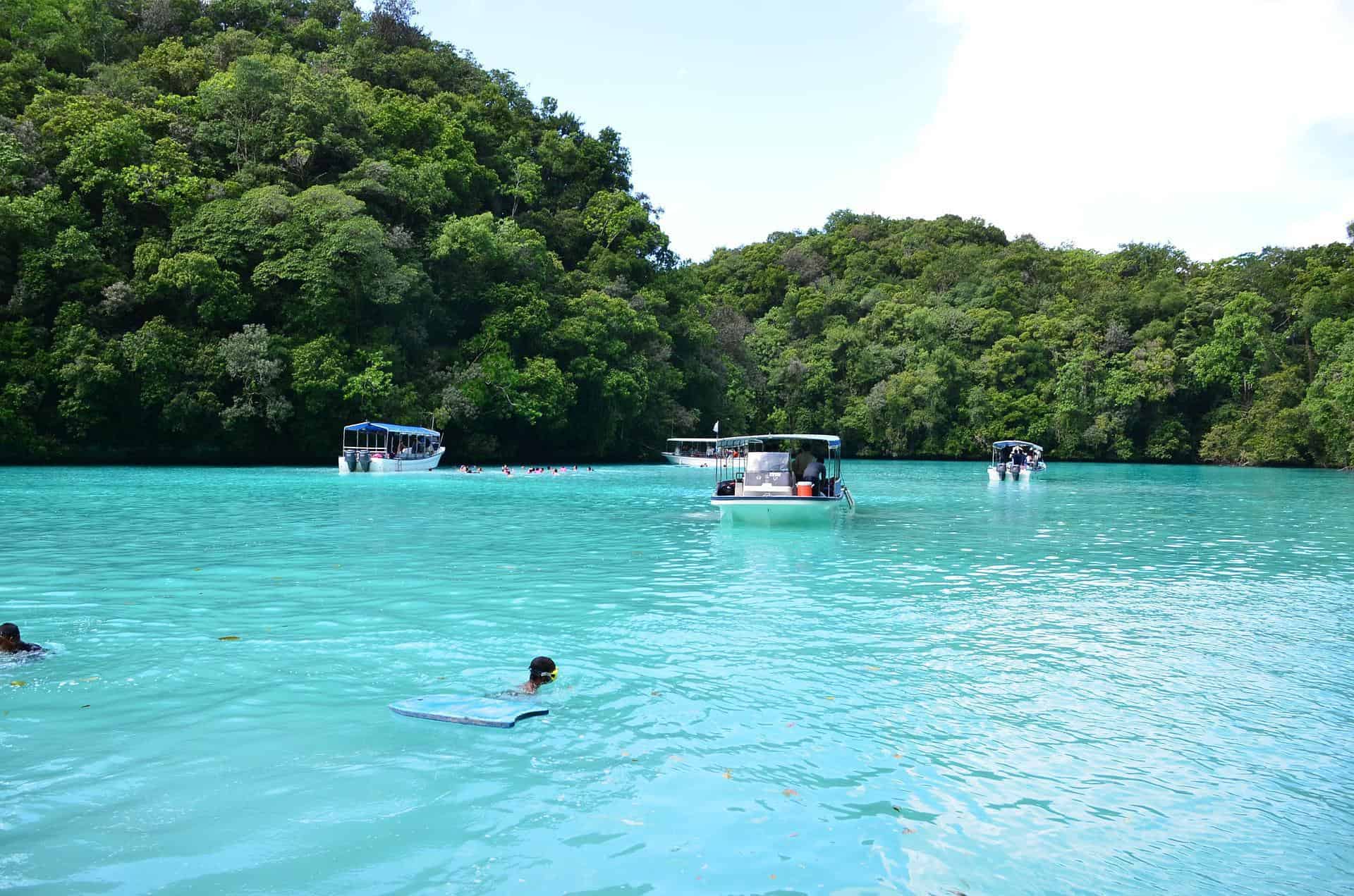 So many spots on our beautiful planet go unnoticed when they deserve all the hyping propaganda in the world. If you are looking for a new experience in a place you have never been before, Micronesia should be on top of your next destination list. Not only that there is a slim chance you have been there, but you may as well haven’t even heard of it before.

With the diversity found in this beautiful country, you will find out that each state has its own language and culture. Yet, they are quite similar, thus they managed to peacefully co-exist since the beginning of time. Its capital city is known as Palikir, but there are so many places to add to your bucket list if you want to really get around this country.

Being situated in the middle of the waters, Micronesia has the fascinating properties of magnificent islands. Its beaches are beautiful, sandy ones with pretty palms scattered all over, creating a picturesque scene where different forms of nature blend. It is also home to panoramic hills, natural forests, and fascinating mountains.

Since you are already here, you are probably a first-timer in Micronesia. Thus, we have made things easier for you by gathering all the best and unmissable Micronesian spots to look out for.

If you want to see something that is really exotic and bizarre, Nan Madol will grant you this wish. It is one of the popular historical landmarks in Micronesia, but that’s not the catch. In fact, it is the only ancient city that was ever built on top of coral reefs. This beautiful spot has been abandoned for so long that the jungles found their way to cover it over the years.

Nan Madol is located on the eastern shoer of Pohnpei Island. It served as a major political spot for the locals some hundreds of years back. Nowadays, it is home to some ancient ruins that seem to tell tales about the time people used to be around here, creating an excitingly mysterious atmosphere.

Cascading waterfalls have always had their own charm, leaving the beholders in an awe. Kepirohi Waterfall is the most popular waterfall around Pohnpei. The water falls down into a warm lake, creating a nice pool, where visitors are allowed to swim into. This place is open for both locals and tourists alike.

Reaching these waterfalls is a fascinating experience on its own. You will be taking a stone path among the lush forests. On your way to this hidden gem, you will come across beautiful tropical plants and colorful flowers that will please your eyes.

Historical sites are everywhere to be found when it comes to Micronesia. One of the best places that you need to visit before taking off is the Lelu Ruins Historic Park. This parks serves as home to prehistoric as well as historic ruins. It is home to some ancient ruins that belonged to what was known as Lelu civilization.

Lelu ruins remained unrecognized for many years before the European intervention. However, today, they are one of the world’s most significant landmarks, given the prominent information it provides about a civilization that no longer exists but was once potent.

Besides the picturesque scenes of this area, there are several interesting pyramid tombs. They happen to be the burial sites of kings and significant figures. Interestingly, coral reefs have played a significant role in the construction of this place. They were used in an enormous amounts in order to build the coral tombs of royal figures.

Obviously, corals seem to take Micronesia as their main home, being more abundant in here than many other spots in the world. Chuuk Lagoon embraces fascinating coral reefs that emit a beautiful colorful circle beneath the waters. It is mainly an atoll that used to go with the name Truk Atoll before it became rather the Chuuk Lagoon.

Moreover, it is known to be one of the world’s best diving spots. Well, with the pretty coral reefs that form a colorful circle below the surface, it must have a whimsical effect when seen up-close. There are also small fish with delightful colors that add more charm to the already charming lagoon.

5. Stone Money in the Yap Island

Yap is another island that the Federated States of Micronesia include within its borders and under its government. There is a lot of amazing things to do and see in Yap, especially when it comes to learning about the culture and history of the Micronesian folks.

You can visit the Yap Living History Museum (YLHM) that is situated in Colonia town, where you can explore different aspects of the Micronesian culture.  Yap Island is also home to multiple sharks and manta rays that live within some beautifully ringed coral reefs. It displays a beautiful form of marine life as well as nature.

However, the most bizarre thing about this area is the currency they use, which is stone money. The Yapese people use stones, more commonly known as Rais, in their daily life whether in purchasing a land, marriage expenses, or even paying their fines and taxes. Dollar has now become an official currency in Micronesia, yet many of the locals still use stones.

Yela Valley is situated in Kosrae is another beautiful spot in Micronesia that is worth a visit, given what it embraces within its lands. This valley is home to the only Ka Forest left in the world; it encompasses dense Ka trees that are no longer found anywhere else. Ka trees is short for the actual scientific name which is Terminalia Carolinesis. It’s quite hard to pronounce, so sticking with Ka is a much easier option.

In case you haven’t heard of these rare trees, they are huge ones with a hollow trunk. Natives of the area used these trees to make their canoes. Moreover, the forest also holds some endemic plant species that you would be quite surprised to see. It is also home to the endangered Micronesian imperial pigeon.

This rock formation, Paipalap, is one of the most prominent landmarks in Micronesia that tourists from everywhere come to behold its fascination. It also serves as a perfect spot for eager hikers who like to keep their adventurous experiences in check. Paipalap is rather known as Sokehs Rock; getting to climb to its peak will definitely reward you with some picturesque scene.

It only takes a short hike in order to reach to the end of the Sokehs ridge. The good part is that the trail that leads you up there is well-paved, making it easier for people of all fitness levels to find their way to the rock as long as they’re putting on proper shoes for the task. Along the way, you will be witnessing reminiscence of the World War II, including old cannons and quite abandoned buildings.

If you want to have a special day trip, Ant Atoll is there to have your back. In fact, Micronesia embraces a wide arrays of atolls that are embellished with beautiful coral reefs. And, while many of them are hot tourist attractions, still the ant atoll remains on top of the list. It is situated on the west coast of Pohnpei, where it only takes an hour from off shore from there.

This spot is perfect to visit during the hot months of the year, or even the warm ones, so you can get to enjoy its staggering white sand beach. It is also home to a nice diversity of marine life, including sharks, making snorkeling a fun activity to do. Ant Atoll is a true piece from heaven, with its crystal Azur water blending with the lush greenery and white sands, resulting in the heavenly scenes that you see.

The Tamilyog Trail has always been a fascinating hiking spot for tourists since it connects the west and east part of Yap Island together. Moreover, it is the most popular trail in Colonia town, offering you splendid views and landscapes. It is a significant tourist attraction in Micronesia that you wouldn’t want to miss if you are into hiking and sightseeing.

This trail is perfectly suitable from people of all fitness backgrouns. While trekking up the Tamilyog Trail, you will come across rare plant life and fascinating greenery and flora, adding a nice adornment to the trail. You will also have access to some war relics, which tell a lot about history and the World War II. On your nice hiking trip, we promise you will come across magnificent photographic opportunities that you wouldn’t want to miss.

Another atoll in the Federated States of Micronesia that you should check off your bucket list is Kuop, or Neoch, as it is sometimes named. Kuop or Neoch is part of the state of Chuuk, being the state’s southernmost point.

It is currently inhabited, yet it is a spot where several war relics can be quite seen. Not only that, but actually this part of Micronesia is where the Operation Hailstone ran aground. It now serves as the largest marine protected area in the country.

Syria: Explore 20 Beautiful Attractions that will Seize Your Mind