Close X
Home/The World/Malaga: 12 Things to do in the Beautiful Historic City

Malaga: 12 Things to do in the Beautiful Historic City 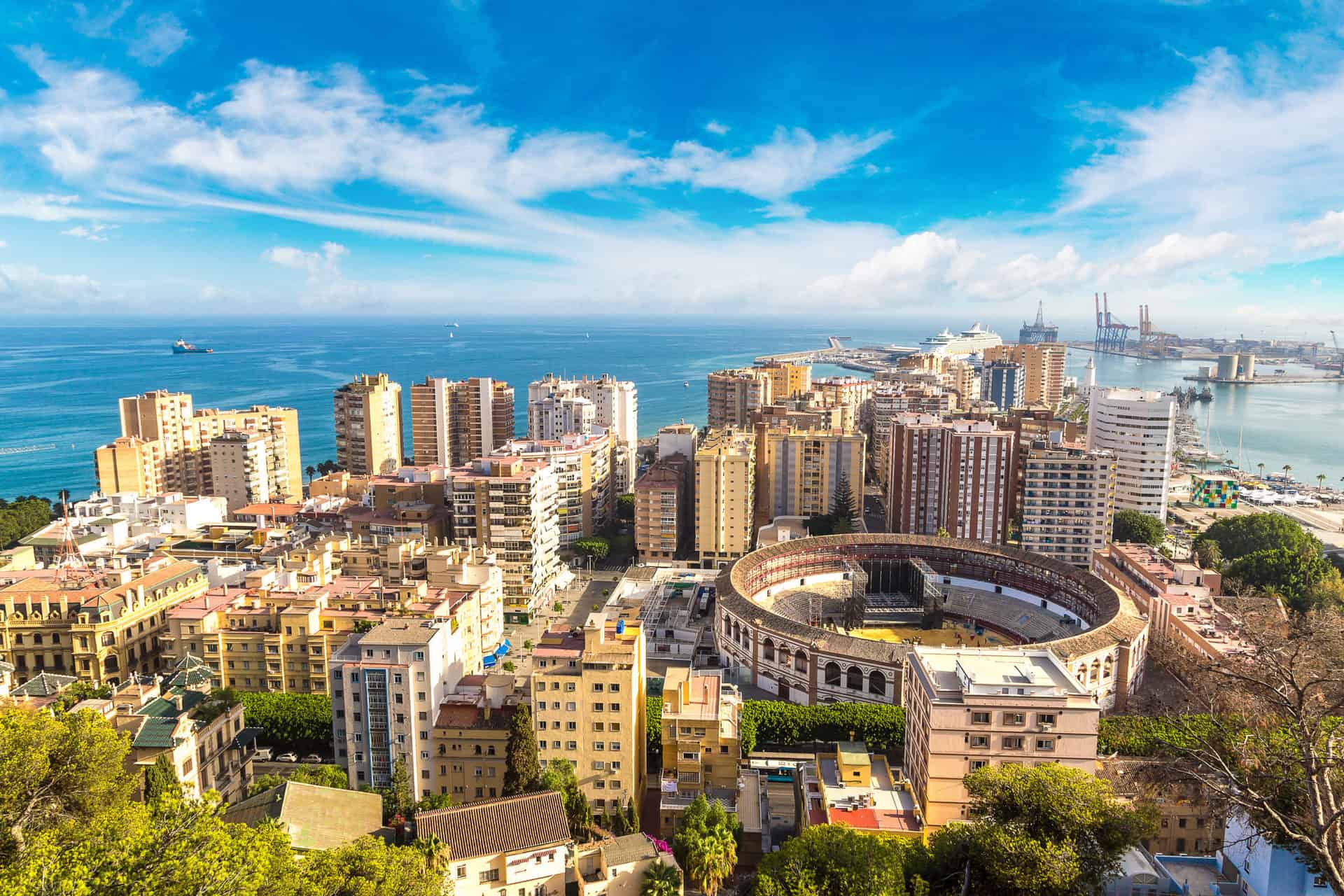 Malaga is one of the famous cities in Spain, it is located On the Costa del Sol coast south of Spain and it overlooks the Mediterranean Sea. Malaga is home to several civilizations such as the Roman and Phoenician civilizations and the Islamic Andalusian.

The history of Malaga spans about 2,800 years, as it was founded by the Phoenicians in 770 BC, making it one of the oldest cities in Europe. After the fall of the empire and the end of the Visigothic era, the city of Malaga came under Islamic rule for 800 years.

The city has become an important regional trading center and the famous traveler Ibn Battuta described it as one of the largest and most beautiful cities of Andalusia, which provides amenities both on the sea and on land.

Malaga contains a group of the most tourist places in Spain ideal for family tourism as museums of culture, arts and antiques, and also a group of developed beaches surrounded by mountain ranges and many magnificent parks. In the coming part, we will get to know more about Malaga, places in it, and things to do there.

Things to do in Malaga

As it is known that Malaga is one of the famous European cities, it is full of many fantastic places to visit and discover, so let us see more about Malaga and what you can do there.

Alcazaba of Malaga is one of the famous historical and archaeological landmarks in Spain, it is dated back to the era of Islamic civilization in Andalusia and it was built on the ruins of a Roman stronghold in the 11th century. The place was designed with three rotations of defense walls and 110 main towers.

It is located on Gibraltar Mount with an area of 3400 meters of civilian buildings, and 3500 meters of military buildings. When you reach there you will see some of the remaining towers like Torre de la Vela and Torre del Homenaje.

Also when you enter Alcazaba of Malaga you will see the beautiful decoration of the place and the magnificent terraced garden courtyard with fountains and pools and also from there you will see an outstanding view of the sea.

Malaga Cathedral is another famous attraction that is visited by many tourists located in Malaga. The cathedral was built in the 16th and 17th centuries and it was built on the site of an earlier mosque.

The cathedral is famous for its style, which combines the Renaissance and Baroque styles, which is evident in the construction of its tower. When you enter the cathedral you will see that it is divided into many parts, there is a chapel located in the south path which is decorated with a painting of the Virgin with Saints.

Also in the choir chapel when you enter there you will see on the wall kneeling figures of the Catholic Monarchs by Pedro de Mena and also contains the statuette of the Virgin. If you see the exterior you will find out that it wasn’t finished but only the 86 meters North Tower was finished.You can see a magnificent view of Malaga from the rooftop by climbing 200 staircases in the North Tower.

A perfect place for modern art lovers, it is located in the old town in 2003 at Palazzo Buenavista and it contains many collections of the famous Spanish artist. The place where Picasso spent his childhood is now the museum of his works.

Inside the museum, you will see many collections that represent the entire life career of Picasso from 1892 till 1972. Some of these collections are the Bather, the Acrobat, the Mother and Child, Jacqueline Seated, and much more.

There is also another museum for Picasso located in Barcelona and it contains the world’s largest complete collection of works by Picasso and it was opened in 1963.

The Roman Theatre is one of the oldest tourist attractions in Malaga dating back to the 1st century and it is located near the Alcazaba of Malaga. It was built by Roman Emperor Augustus to be used as a social and popular arena for entertaining artistic performances.

In the location, you can enjoy the distinctive features of Roman architecture that are evident in the remains of columns at the site. Also, you can go to the visitor center to learn about the ancient history of the theater. The theatre can accommodate 220 spectators and it is divided into VIP seats, public seats, and the stage.

One of the famous castles in Spain is Gibrafaro Castle, it is located on Mount Gibralfaro summit above the Alcazaba and it was built in the 10th century on the site of a Phoenician lighthouse. The castle was used before that as a lighthouse and it bears the name The Lighthouse of Mount Faro or Farouk.

In the 14th century, Yusuf the First the Sultan of Granada enlarged the castle and it was famous for its three-month siege by the Catholic Monarchs, Ferdinand II of Aragon and Isabella I of Castile.

When you are at the top you will see a magnificent view of the sea, port and city attractions and also there are 8 towers, the main of which rises to 17 meters, along with the Phoenician well and the Iron Rock well, with a depth of 40 meters.

The Automobile Museum is considered one of the best 10 museums in Malaga, the museum is distinguished by its spacious area of 6000 m2 and it is divided into 13 rooms.

The museum includes about 100 from Mercedes, Ferrari, Rolls-Royce, and a host of precious accessories such as fresh ostrich leather seats, silver and ivory handles, a dashboard decorated with echoes of pearl, and more. Also, there are about 200 pieces of clothing collected from 7 world-famous fashion fairs that reflect this period.

It is considered as a historical market with a horseshoe-shaped Islamic gateway that dates to the 14th century and the market was renewed after being closed for many years.

Inside the market, you will see sellers selling fresh fruits, vegetables, fish, meat, and cheese. The interior of the market is featured with a stained-glass window that depicts the historic landmarks of Malaga.

The Basilica of Victory is located north of Picasso Museum, it is one of the important places in Malaga and it was built in the 17th century. It is the place where the Catholic Monarchs pitched a siege of Malaga during the Reconquest.

When you visit the church you will see a figure of the Virgen de la Victoria from the 15th century and it was a gift from Emperor Maximilian I to King Ferdinand. Also, you will find paintings and sculptures decorating the church.

It is the perfect place to spend your day with your family and friends. It is located between the port and La Caleta beach and is 1200 meters long and 45 meters wide. The beach offers Fun water and beach leisure activities like hammocks, canopies, and pedal boats.

The Holy Week is a famous celebration that takes place in Malaga, it dates back more than 500 years from the time of the Catholic Monarchs’ Reconquest of Andalusia. You will be delighted to see this celebration, where the evening parade features lavish floats accompanied by lively marching bands or musicians singing flamenco songs.

There is also the Museum of the Holy Week, it is located in the hospital of San Julian and it was built in the 17th century. It displays about 150 different exhibits like sculptures and processional images.

Malaga Park is where you can find beautiful nature, green plants, and fountains, and it is one of the famous parks in Malaga. It is also the perfect place for children to have fun with their families and besides that, it contains attractive play areas for children, a small open-air theater and some glimpses of the city’s history and monuments.

Malaga’s Museum of Glass and Crystal

The museum contains many collections of glasswork from the old ages to Greek, Roman, and Byzantine eras and stained glasses from the 19th century. Malaga’s Museum of Glass and Crystal is located inside a beautiful house built in the 18th century and contains glasswork, paintings and décor as well.

Top 7 Things to do in Pleven, Bulgaria