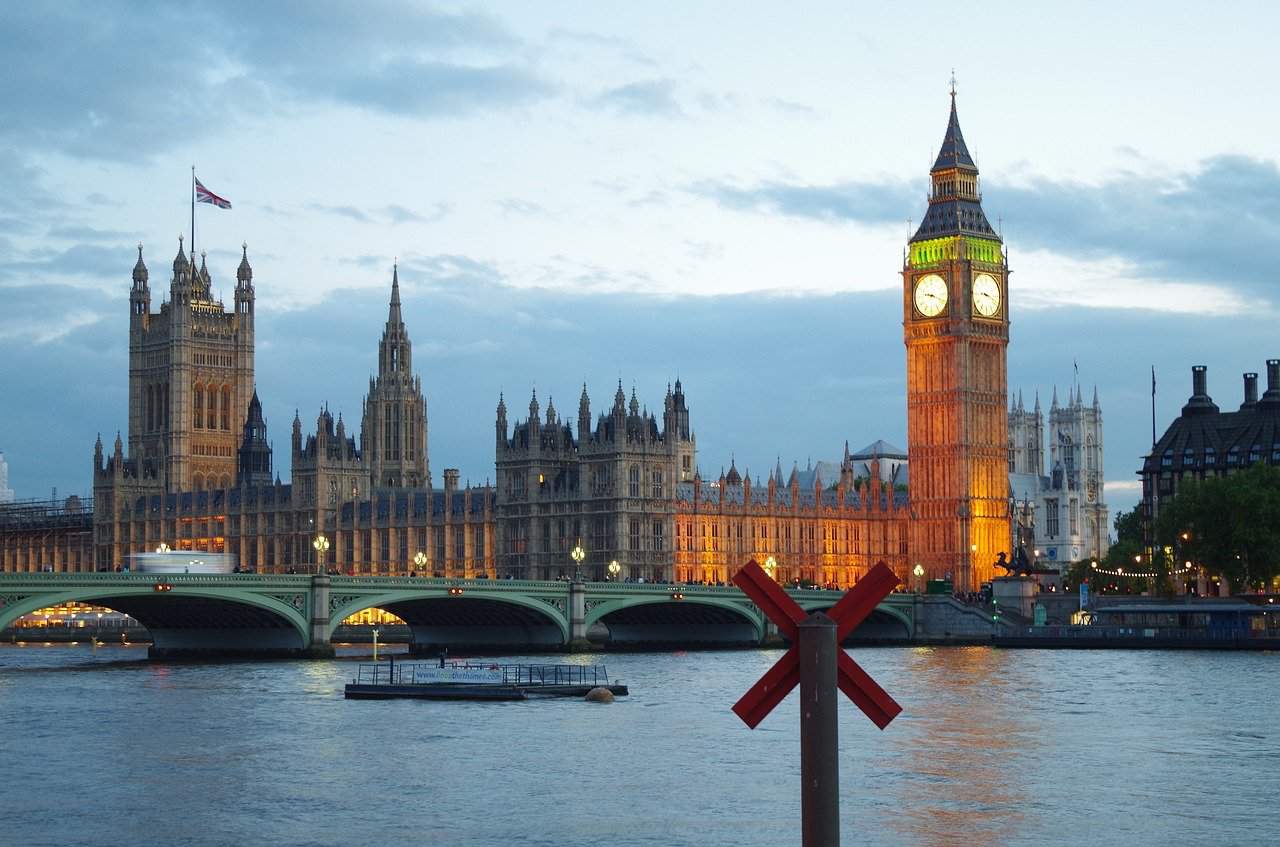 The site of the present-day Houses of Parliament has been the location for many historical buildings and powerful reigns since the Middle Ages. Its history could even extend to Roman times as legend has it that there was once a Roman temple dedicated to Apollo but it was destroyed by an earthquake. Whether this legend is true or not, there is no denying that the site in and around the Houses of Parliament is historically rich.

Built on such historical foundations, a Saxon church dedicated to St. Peter once existed in the early 8th century. This church was also known as the West Minster (west monastery). If there is a west monastery, there has to be an eastern one, which was St. Paul’s church, lying in the east of the centre of London. The name was then contracted over time, and the area around the church became known as Westminster. Later in the 10th century, the Westminster church was reconstituted as a Benedictine abbey and gained interest from the royals. This royal interest prompted the construction of the Palace of Westminster.

At the beginning of the 11th century, the Danish King Cnut built a royal palace on Thorney Island. This island was created by the River Tyburn, one of the Thames’ tributaries.

The most influential Saxon king is probably Edward the Confessor, who founded Westminster Abbey, which stands adjacent to the current Houses of Parliament. He also built a new royal palace neighbouring to oversee the construction of his new Abbey. He lived long enough to take residence in the new Palace, and just enough to see his beloved Abbey finished in 1065. He was buried in the Abbey in 1066.

The Normans and the Palace

After the Norman conquest in 1066, William the Conqueror came to the throne and used the existing Palace and Abbey as his base of power. It was his son, William II (William Rufus), who began to lay the foundations for the Great Hall (Westminster Hall), and it was the largest hall in Europe. He used this hall for royal ceremonies and banquets.

Over the following centuries, Westminster became an important centre of government. Several administrative arms of the government were established in Westminster Hall, such as the Court of Common Plea and the Chancery.

Locations of the Two Houses of Parliament in Later Centuries

The first true Parliament was called by Simon de Montfort in 1265 and probably met at St, Paul’s or used the Chapter House of Westminster Abbey. However, the parliaments of Edward I met in the Painted Chamber or the neighbouring White Chamber, which later became the House of Lords.

Because the Palace was built to make it a royal residence, there were no chambers constructed solely for the House of Lords and House of Common. The House of Lords met in the Queen’s Chamber. It then moved to the Lesser Hall in 1801 to hold greater attendance. On the contrary, the House of Commons didn’t have a recognised home of its own. Their debates often took place in the Chapter House of Westminster Abbey.

The Westminster Palace became the permanent home of Parliament after 1512 when Henry VIII left the Palace for Whitehall.

Other than the Palace, there were other medieval survivors. These include the Chapel of St. Mary Undercroft. The chapel was built by Edward I in 1297 for the royal household and court. The second survivor is the Jewel Tower, built in 1365 by Edward III as a storeroom for royal golds, silver, and jewels, hence the name. Today, the Jewel Tower is open to the public.

In 1834, the Exchequer wanted to dispose of two cartloads of wooden tally sticks that were used in an old accounting system that hadn’t been used since 1826. The Clerks of Work thought that the two underfloor stoves in the basement of the House of Lords would be a safe place to burn the tally sticks. On the afternoon of the 16th of October, visitors of the House of Lords arrived at the Palace and were confused about the unusual heat and smoke coming from the floor. Mrs Wright, the deputy housekeeper of the Palace, let the workers finish their job and the furnaces were put out by 5 pm, and Mrs Wright was no longer worried.

By 6 pm, the wife of a doorkeeper ran to Mrs Wright, screaming that the House of Lords was on fire. The flames immediately spread out to the rest of the Palace and it was a sight to behold for the people on the street who witnessed the scene. Both Houses of Parliament were destroyed and there were only a few other buildings that were saved by the heroic firemen. Westminster Hall was saved, along with the Jewel Tower, the Chapel of St. Mary Undercroft, the Cloisters and the Chapter House of St. Stephen’s.

A year later, a Royal Commission was appointed to study the rebuilding process of the Palace. There was a heated debate about what kind of style should the new Palace retain. They agreed that the buildings should either be Gothic or Elizabethan, and the new design should incorporate the surviving buildings.

In 1836, commissioners held a public competition to design the new Palace. The winning entry was submitted by Charles Barry, who proposed a Gothic-style design for the new Palace while incorporating the remaining buildings.

The construction of the new Palace officially began in 1840. Although Barry estimated that the construction would be done in 6 years, it actually took 30 years to complete the project. Barry had the help of the architect Augustus Welby Pugin in accomplishing the Gothic details that furnish the Palace inside and out. Neither man lived to see the completion of their project.

Named after Queen Victoria, the Victoria Tower is the tallest tower in the Palace of Westminster. The tower was originally designed as a royal entrance, but eventually, it became the house of Parliament Archives. A role it still fulfils to this day. The architect Barry has designed and carved multiple sculptures for this tower. These include sculptures and statues of the patron saints of England, Ireland, Scotland, and Wales. There are also a life-sized statue of Queen Victoria and two allegorical figures of Justice and Mercy.

The Elizabeth Tower is located at the northeastern end of the Palace. It is most popular among the towers of the Palace and is commonly referred to as Big Ben. This is a common misconception because ‘Big Ben’ refers to its significant bell. The tower also contains a large, four-faced clock as its most apparent feature. Pugin designed the clock, and it was the last work he did for the architect Barry.

There is also a third tower called the Central Tower. It is the only tower out of the three to have a spire and it contains the largest octagonal Gothic vault without a central pillar.

“Remember, remember, the fifth of November.”

One of Britain’s historical events that involved the Houses of Parliament was the Gunpowder Plot of 1605. This is a memory that has been preserved for more than 400 years. Every year, on November the fifth, Britain remembers Guy Fawkes, who, with other conspirators, attempted (although failed) to blow up the Houses of Parliament and assassinate James I of England.

Guy Fawkes was a member of a group of Catholic revolutionaries who had longed for the end of the religious persecution they had suffered for many years. His cousin led the group of conspirators and came up with a plan to blow up the Houses of Parliament when James I, his heir, and the Queen would be present on the fifth of November.

The conspirators almost achieved what they wanted. However, to their surprise, a tip-off warning was sent in late October to King James I. In the early hours of November the fifth, royal guards searched the Palace and caught Fawkes red-handed in the cellars of the House of Lords. He was discovered with a fuse, a small lamp, a box of matches, and 36 barrels of gunpowder.

There are different kinds of guided tours to the Palace of Westminster. It is a paid-for attraction if you want to see every nook and cranny of the Palace. You can book your tickets online, and don’t forget to grab your afternoon tea on the Riverside Terrace, which overlooks the Thames.